Labour’s deputy leader Angela Rayner today fumed at the Tories ‘doling out prime ministers every month’ as she repeated her party’s demand for a general election.

Ms Rayner called for the country to go to the polls after the Conservatives elected Rishi Sunak as their new party leader to replace Liz Truss in Downing Street.

Mr Sunak has now become the third Tory leader since September 6, which was Boris Johnson’s last day as premier before he handed over to Ms Truss.

Labour also took a swipe at Mr Sunak’s massive personal wealth as they set out their main attack line against the new incoming occupant of No10.

They drew attention to the fortune of Mr Sunak and his wife Akshata Murty –  estimated to be around £730million – and contrasted it with the struggle many Britons are facing at a time of soaring inflation. 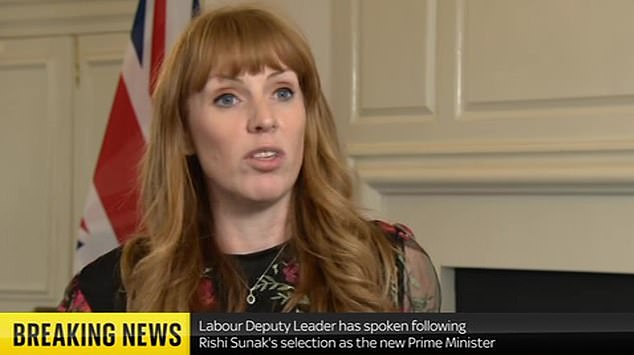 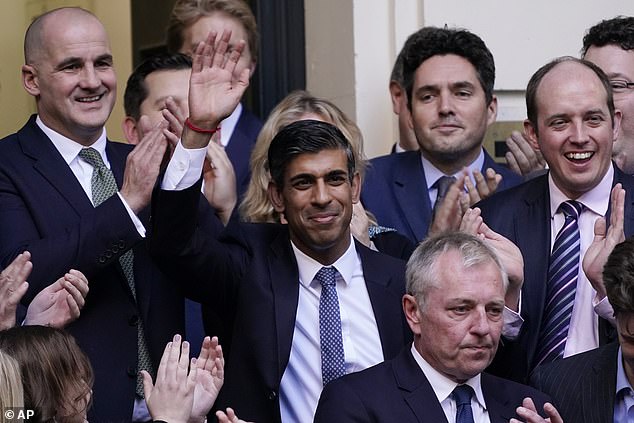 Mr Sunak has now become the third Tory leader since September 6, which was Boris Johnson’s last day as premier before he handed over to Ms Truss

As she reiterated Labour’s call for an immediate general election in the wake of the latest changeover of Tory leader, Ms Rayner said: ‘I think everybody who I’ve spoken to, the public, have said we should be having a general election.

‘There is no mandate now. The Conservatives have completely broken their promises, broken our economy, and now they want to see a general election.

‘They can’t just keep doling out prime ministers every month because they’re in total chaos and they’ve lost control of the markets and haven’t got any ideas of how they’re going to tackle the cost of living that people are facing.’

But senior Tory MP Simon Hoare, a key ally of Mr Sunak, said the incoming PM had told his party he would not give in to Labour’s demand for an early general election.

He said : ‘He is actually going to hit the ground running. We have no time to lose.’

Mr Sunak married Ms Murty, an Indian tech billionaire’s daughter, and built a multi-million pound fortune that saw him dubbed the ‘Maharajah of the Dales’.

Her father, NR Narayana Murthy, is India’s sixth-wealthiest man thanks to his ownership of multinational business technology giant Infosys.

The couple married in her home city of Bangalore in 2009 in a two-day ceremony attended by 1,000 guests.

Thanks to his own banking fortune and that of his wife he is believed to be one of the richest members of Parliament, and lives with his family in a magnificent Georgian manor house in the small village of Kirby Sigston, just outside Northallerton in North Yorkshire.

‘Remember this whenever he talks about making ”tough decisions” that working class people will pay for.’ 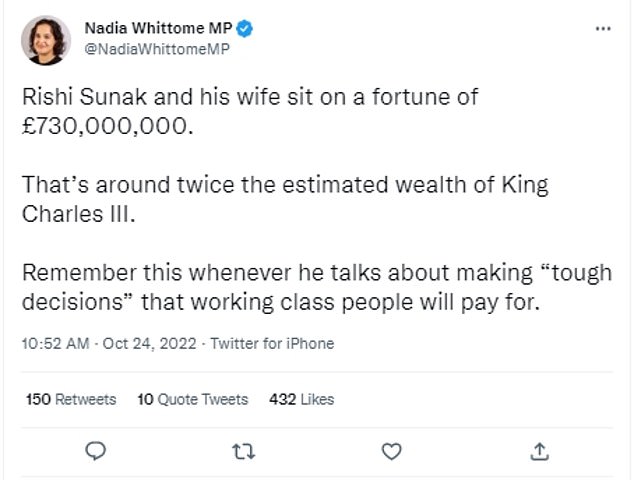 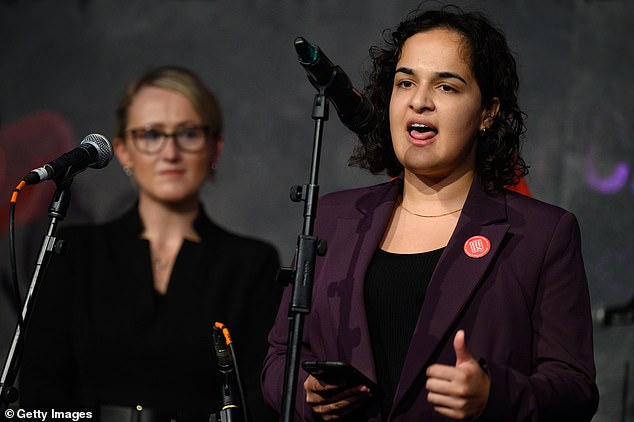 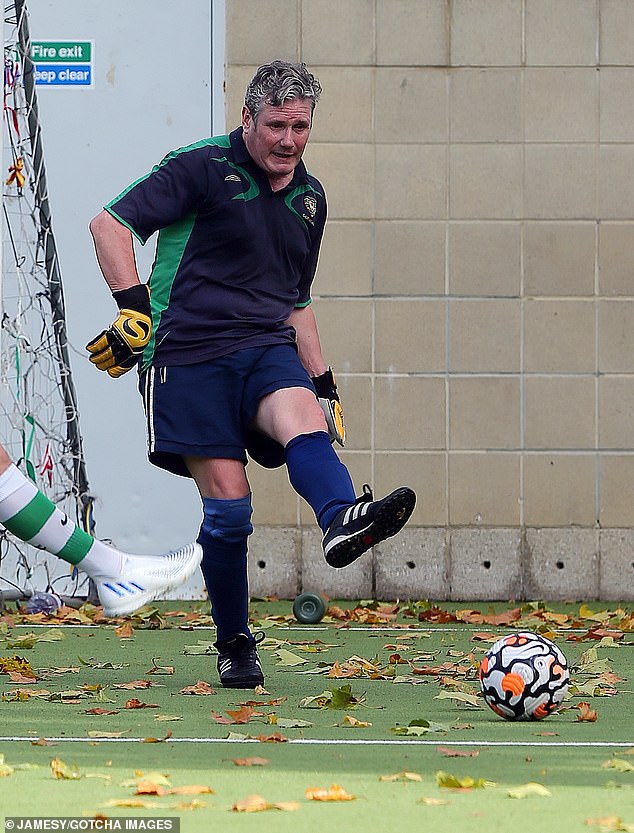 It came as Labour leader Sir Keir Starmer also reiterated his call for a general election.

He told LBC: ‘The biggest problem of the last 12 years is that the economy hasn’t grown anything like it did under the last Labour government. That has to be the priority.

‘That’s why we need to change government. We need respect for the institutions like the OBR and the Bank of England that actually give us stability, we need a proper credible plan for growth, because in the end a sustainable pay rise will only be available if we have growth under our economy.’

Sir Keir recalled dropping his head in his hands at the prospect of Boris Johnson running again for No 10, suggesting the comeback was ‘never going to work’.

The Labour leader said his ‘first sentiment’ on hearing Mr Johnson had ruled himself out of the race was that ‘he didn’t have the numbers’ required to secure a spot on the Tory ballot.

The former prime minister claimed to have amassed at least 102 nominations, surpassing the all-important threshold of 100, despite lagging far behind rival Rishi Sunak in public declarations.

Some at Westminster suspected that he chose to step aside rather than face the humiliation of having to admit he could not make the total.

Speaking to LBC, Sir Keir said he was dismayed when he heard of Mr Johnson’s ambitions to return to the frontline.

‘When he first said that he was going to run, and everybody was sort of rallying around, I did put my head in my hands and think, so, really, we’re going to go from the prime minister who’s just crashed the economy… back to the guy that only… months ago, most of us were saying was unfit for office,’ he said.

‘It was never going to work, I don’t think.’

He added: ‘The less time now spent on this sort of chaotic, ridiculous circus at the top of the Tory party, the better.’

The ex-PM had returned home from a Caribbean holiday as he plotted a bid for No 10 less than two months after being ousted following a series of scandals, but said on Sunday he would not be standing.

He said there was a ‘very good chance’ he could have been back in Downing Street by the end of the week if he had gone for the top job, but admitted he could not unite his warring party.