The organized drag-racing event was held on the Texas' airport's tarmac on Saturday. 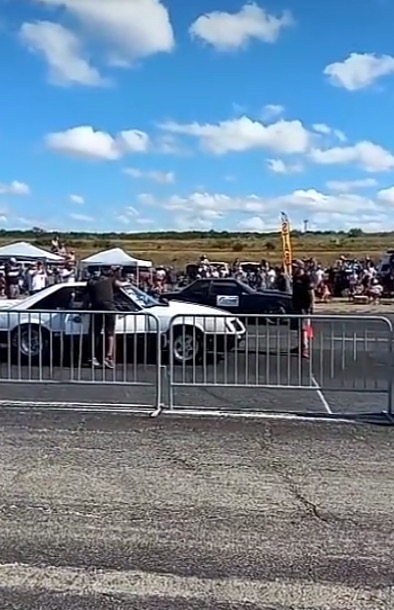 Kerrville Police Department Sgt. Jonathan Lamb told KENS5 that a car in the race "lost control and left the runway, crashing into parked vehicles and striking spectators" at about 3.20pm.

Authorities have not yet identified the victims.

Four of the injured victims were airlifted to hospitals in San Antonio and a fifth person was taken to Peterson Regional Medical Center.

According to the Hill Country Community Journal, the first “Airport Race Wars” event was held back in March, and attracted 150 vehicles and as many as 3,000 spectators.

That Race Wars are seen as a family event and features food and different drink vendors.

Organizer Ross Dunagan said: “There were kids all over the place with funnel cakes and other things in their faces all day."

Dunagan is the owner of Flyin' Diesel Performance, an auto-repair shop in Kerrville.

He and his staff worked with the airport manager and board, as well as the Federal Aviation Administration.

They got permission from the FAA for the event in December 2020.

That permission lasts 18 months, until March 2022, as reported by the Community Journal.