The outspoken music legend became involved in a heated exchange with CNN reporter Michael Smerconish over the current US President. During concerts on his latest tour, a picture of Joe Biden is shown on the big screens next to the main stage with the message: “War criminal. Just getting started.” Midway through the wide-ranging seven-and-a-half minute interview, Mr Smerconish challenged the Pink Floyd co-founder on this picture branding the US President a war criminal.

He said: “Are you an equal opportunity offender on this tour? I remember the last tour – of course, I came and watched.

“It was very much about Trump and in the current show, you have a montage of war criminals, according to you, and apparently a picture of President Biden on the screen and it says: ‘Just getting started’.

“What’s that all about?”

Mr Waters claims: “President Joe Biden? Well, he’s fuelling the fire in Ukraine for a start, and that is a huge crime. 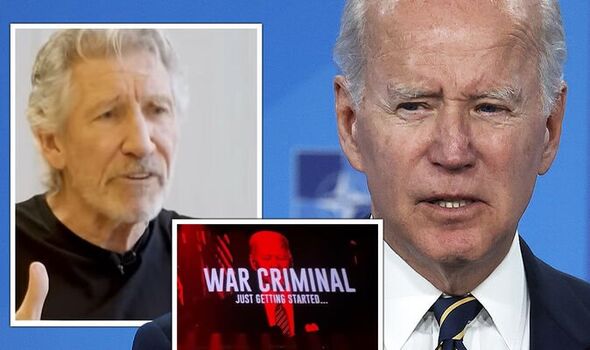 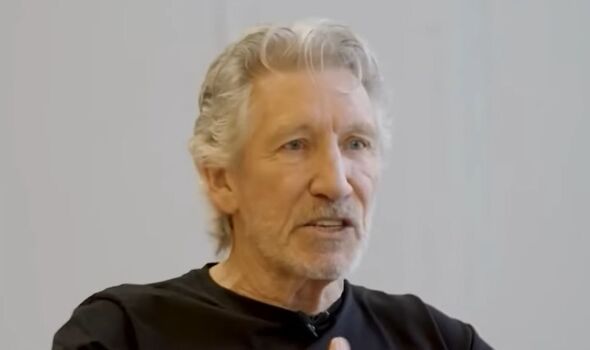 “Why won’t the United States of America encourage Zelensky to negotiate, obviating the need for this horrific, horrendous war?”

The CNN reporter quickly challenged the music legend on these claims, and said: “But you’re blaming the party that got invades? Come on – you’ve got it in reverse.”

Mr Waters hit back: “With any war, you need to look at the history. 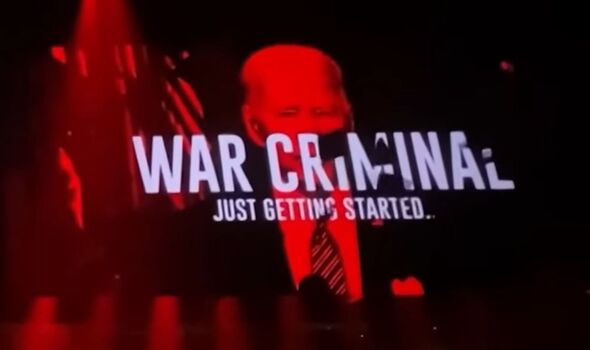 “This war is basically about the action and reaction of NATO pushing right up to the Russian border that they promised they wouldn’t do when Gorbachev negotiated the withdrawal of the USSR from the whole of Eastern Europe.”

During the often-heated interview, Mr Waters tore apart Mr Smerconish’s suggestion World War 2 was won thanks to intervention from the US, arguing Russia had already secured most of Eastern Europe by the time the allied forces spread through the continent.

He also dismissed concerns about China’s growing hostility towards Taiwan, insisting the island is part of China.

The Pink Floyd co-founder said: “You have no role as liberators.”

DON’T MISS
Ukraine LIVE: Putin’s attack dog claims West wants to ‘destroy Russia’ [BLOG]
‘China is no longer a rational actor and it makes them so dangerous’ [OPINION]
Trump hints at 2024 run after hailing himself ‘healthiest POTUS ever [COMMENTS] 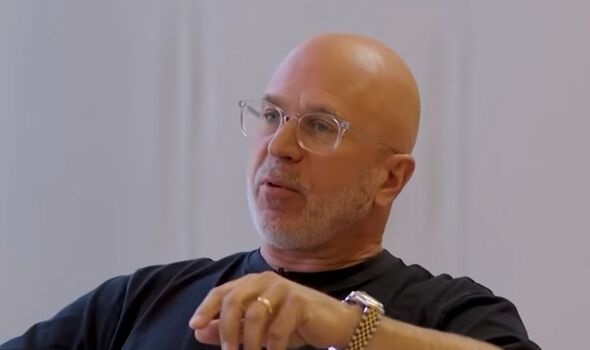 Mr Waters snapped back: “You got into World War 2 because of Pearl Harbor. You were completely isolationists until that sad, that devastating, awful day in 1941.”

Mr Smerconish replied: “I would argue we were always going to intervene and that pushed us in.

The Pink Floyd guitarist, who appeared to become increasingly frustrated, snapped: “Thank God the Russians had already won the b***dy war almost by then. Don’t forget almost 23 million Russians died protecting you and me from the Nazi menace.”

Before the start of World War 2 in 1939, Russia struck the Molotov-Ribbentrop deal with Nazi Germany that saw the two sides promise not to attack each other and partitioned Europe into areas of influence

But the deal was ripped up after Germany launched an attack on Russia in June 1941, effectively turning Moscow into an ally of France and the UK against Adolf Hitler.

Mr Smerconish hit back: “And you would think the Russians would’ve learned their lesson from war and wouldn’t have invaded Ukraine.”

But Mr Waters furiously hit back: “You, with all your reading, I suggest you go away and read a bit more and then try to figure out what the United States would do if the Chinese were putting nuclear-armed missiles into Mexico and Canada.”