Home » World News » Jets QB situation remains a hot mess vs. Bills, but they're not going back to Zach Wilson

A bad New York Jets quarterback situation got worse on Sunday in a 20-12 loss to the Buffalo Bills. But it wasn't bad enough to consider a return to Zach Wilson

Mike White got banged up, and Joe Flacco struggled in relief in the loss, raising speculation that Wilson could return next week against the Detroit Lions. Head coach Robert Saleh squashed the idea immediately in his postgame conference. He did so as he announced that White was in an ambulance.

White was en route to a hospital to be tested for rib injuries sustained on a pair of violent blows against the Bills. Barring bad news from the hospital, White will "for sure" start next week against the Detroit Lions, according to Saleh. He reportedly joined his Jets teammates for the plane ride home. 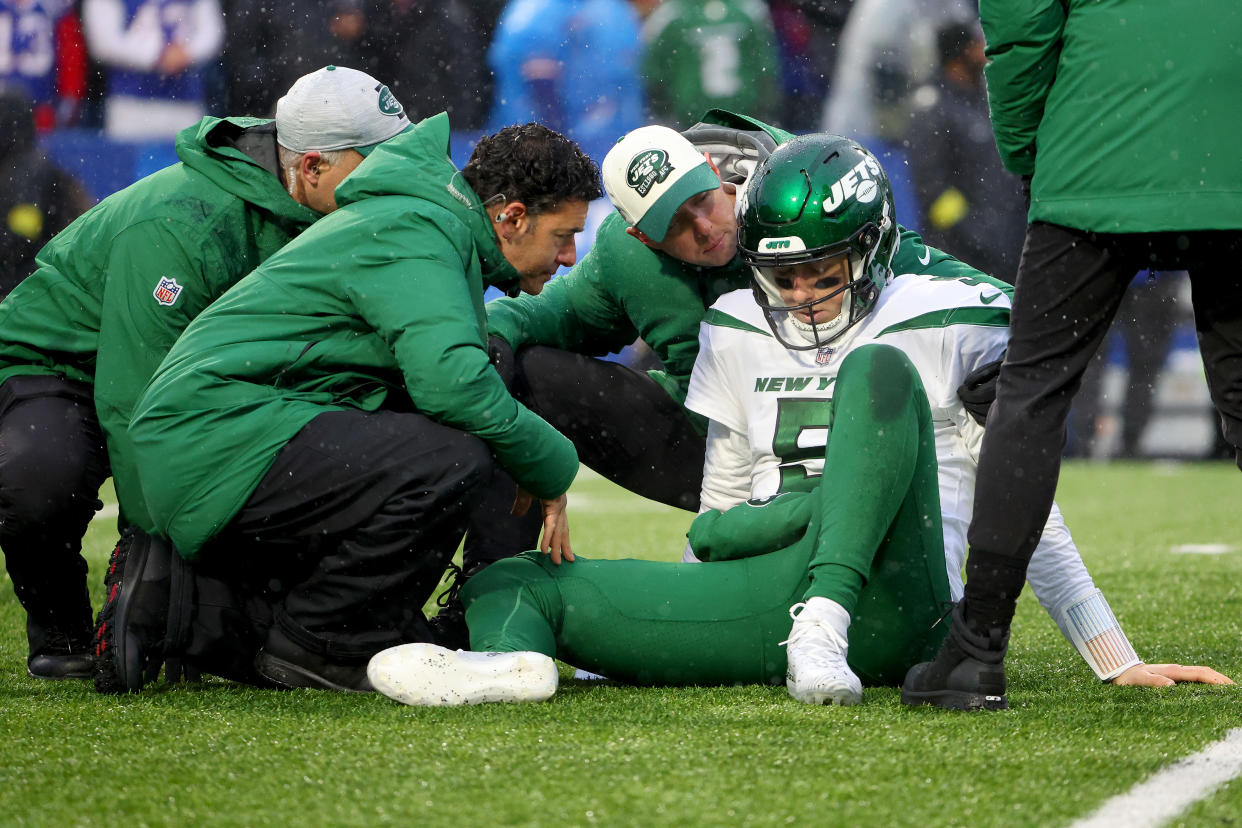 Will Wilson play for Jets again?

Wilson was benched benched in Week 11 amid poor performance and a lack of confidence among his teammates. He was inactive for Sunday's game and doesn't sound close to a return despite Saleh insisting after his benching that his "career here is not over."

With the Jets fighting for a playoff berth at 7-6, White hurt and Flacco clearly not the answer, the situation begs the question: If not now, when is the time for New York to give its 2021 first-round pick another chance?

White replaced Wilson in the lineup in November and took the field on Sunday for his third straight start. The Jets quarterback was sidelined twice by violent blows, with the second sending him to the New York locker room. His day appeared to be done when he was injured on a hit by Bills linebacker Matt Milano in the third quarter.

prayers up for Mike White's ribcage, or whatever remains of it pic.twitter.com/TgWYAwkKeB

Flacco took over and immediately gave up the ball on a strip sack by Gregory Rousseau. He remained in the game for the ensuing possession, but White returned after being evaluated and initially listed as questionable to return with a rib injury. He was largely ineffective when he played and clearly in pain when he walked off the field postgame.

Mike White in A LOT of pain #jetspic.twitter.com/mRCmHpchng

Regardless of who was under center on Sunday, the Jets struggled to move the ball and found the end zone just once in a 12-point effort. White needed 44 passes to tally 268 passing yards and failed to find the end zone. Flacco was 1-of-3 with a lost fumble. The performance squandered another strong effort from a Jets defense that's emerged as one of the NFL's best. 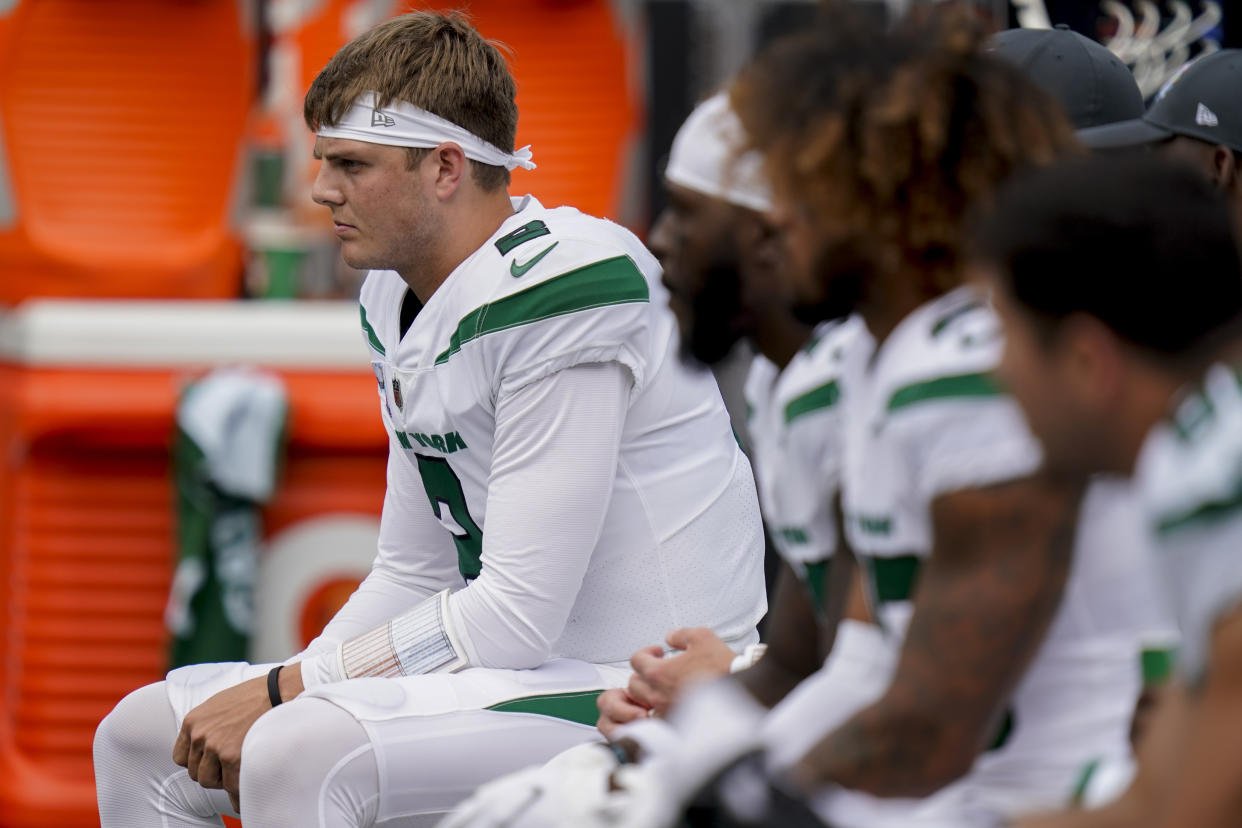 New York started the game by forcing Buffalo to punt on its first five possessions. It limited an offense featuring Josh Allen and Stefon Diggs to 232 yards from scrimmage. The performance is commonplace of a unit that entered Sunday giving up just 18.6 points per game. The game result was frustratingly familiar for a Jets team that dropped three of four games while averaging 12.3 points in the losses.

Despite the downturn, the Jets are in the thick of the AFC wild-card race as they eye their first postseason berth since 2010. They field an elite defense and boast a breakout rookie on offense in receiver Garrett Wilson. But quarterback remains an anchor with no easy solution. For now the answer remains White, even though he was just hospitalized. It makes one wonder if Wilson will every play in a Jets uniform again.