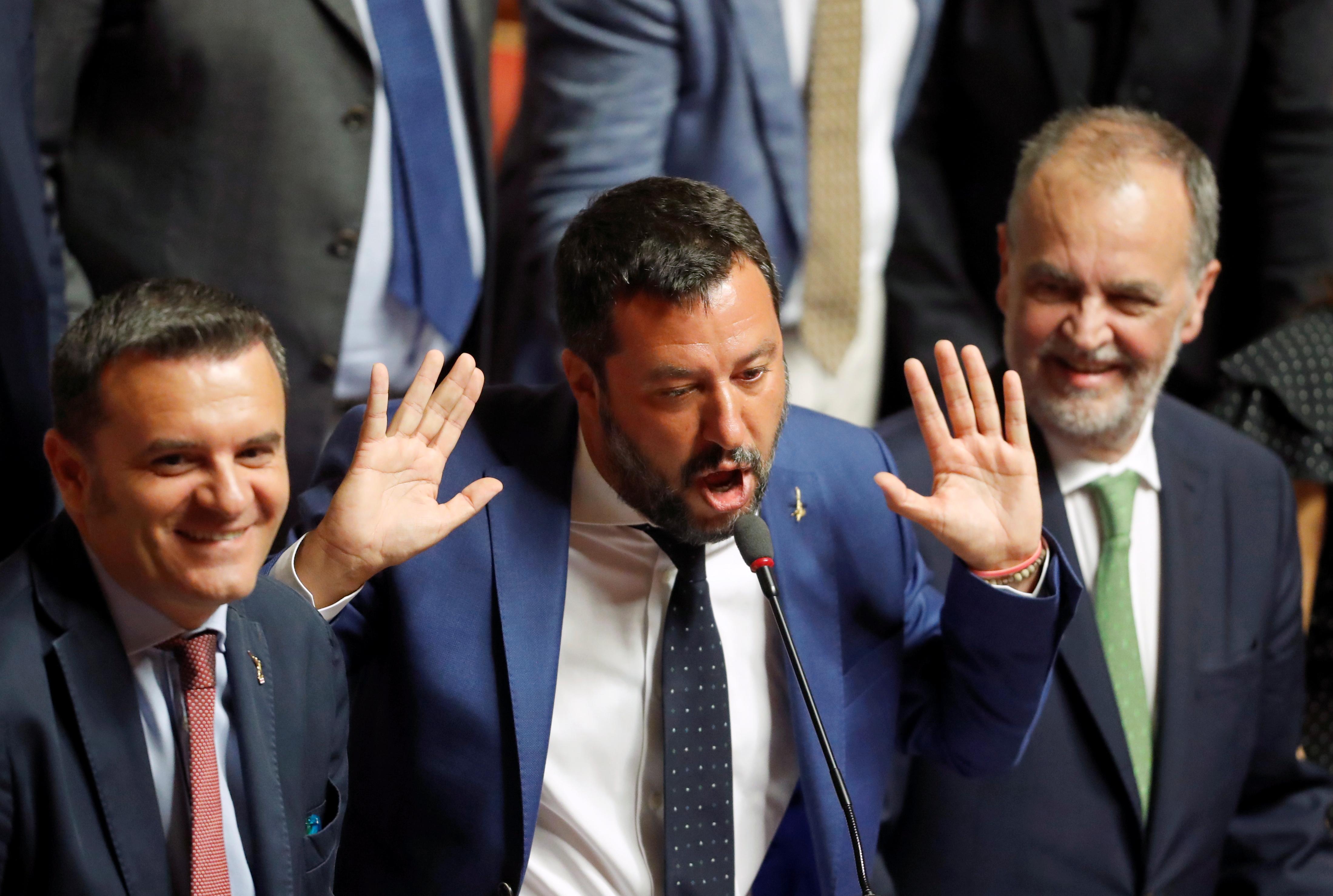 ROME (Reuters) – The Italian Senate decided on Tuesday to delay to next week further debate of an ongoing government crisis, frustrating a push by Matteo Salvini, leader of the far-right League party, for new elections

Salvini pulled the plug on his ruling coalition with the anti-establishment 5-Star Movement last week, seeking to capitalize on his surging popularity by triggering an election that could seen him crowned as prime minister.

However, Salvini’s plan is not going smoothly because 5-Star and center-left parties in parliament are looking at ways of avoiding holding an election some four years ahead of schedule, and of forming an alternative majority instead.

The League has presented a no-confidence motion in the government, but the Senate rejected its request for it to be debated on Wednesday, and instead decided that Prime Minister Giuseppe Conte should address the upper house over the crisis on Aug. 20.

“What is more beautiful, more democratic, more dignified than to give the choice back to the people,” Salvini told the Senate in a speech constantly interrupted by shouting and heckling from other parties.

In a surprise move, Salvini said he accepted a demand by 5-Star to vote immediately on one of its main policies, to reduce the number of parliamentarians to 600 from 945, but only on condition that this should be followed by national elections.

Salvini told reporters that the election could still be held in October regardless of whether the 5-Star reform was approved by parliament.