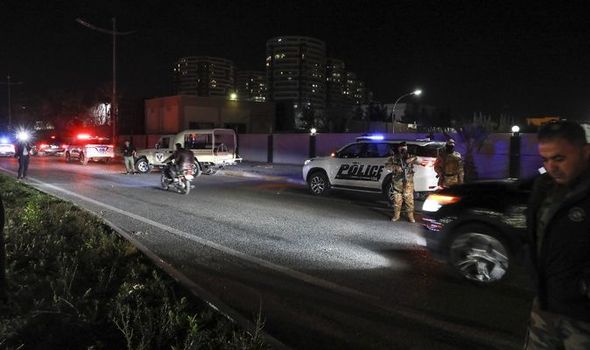 Initial reports claim 14 rockets were launched with a US base in northern Iraq as target. Of the rockets fired, 4 purportedly hit US base grounds and 10 others landed outside the compound.

The US coalition in Iraq confirmed that among those wounded there was a US service member.

He added he had ordered the security services to launch a probe into the attack.

Mr Barzani confirmed he had consulted Iraqi Prime Minister Mustafa al-Kadhimi “on ways to cooperate and identify the outlaws behind this terror attack”.

“I urge all Kurdistanis to remain calm.

“I’ve instructed security services to start a full investigation and spoke with PM @MAKadhimi on ways to cooperate and identify the outlaws behind this terror attack -mb.”

Col Marotto told AFP that the civilian who died in the attack was not Iraqi.

However, he could not confirm their nationality at the time of the statement.