The scandal emerges two weeks before controversial Presidential elections which, dissidents say, already face mass boycott as dissatisfaction over the Islamic regime increases. And it follows news that officials are investigating the possibility of deliberate sabotage for the sinking of the Iranian navy’s largest vessel on Wednesday. Iran’s supreme leader Ayatollah Ali Khamenei banned the import of US and UK vaccines at the beginning of January, leaving its people to tackle the Middle East’s worst pandemic with inferior Russian, Korean and Iranian equivalents.

Just weeks later, however,  ex-president Mahmoud Ahmadinejad reportedly procured a Pfizer vaccine from the UAE at a cost of £900, according to his former aid Abdolreza Davari.

It took place at the home of conservative politician Hamid Baghaei.

Ahmadinejad, who has fallen from grace as a regime favourite, insisted that he had refused the offer, but confirmed: “The reason the coronavirus situation is chaotic and no decisions are made is because officials themselves have been vaccinated and they feel safe.”

A Tehran city official has said that nearly 31,000 people have died of Covid-19 in the capital, based on the number of bodies transferred to the main cemetery since February 2020 when the coronavirus outbreak began in Iran.

Nahid Khodakarami, head of the city government’s health commission, told local media Wednesday that 30,680 bodies with death certificates citing Covid-19 as cause of death had been taken to Behesht Zahra cemetery.

Officially, Iran has reported close to 80,000 deaths nationwide, but claims the figures have been grossly underestimated were supported by revelations last week from Nahid Khodakaram, head of Tehran’s government health commission, who said 30,680 people had died of Covid-19 in the capital alone since February 2020.  Tehran’s population of nine million is a little more than 10 percent of Iran’s 83 million inhabitants. 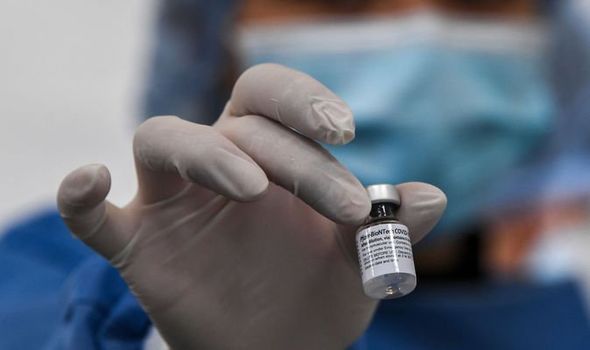 News of Pfizer vaccine by regime cronies has further angered political activists in Iran, who last night confirmed they had increased illegal activities in a bid to secure a mass boycott of June 18’s elections.

Speaking from a town near the Caspian Sea last night one nurse , called Shirin, said: “As a nurse I know that they have lied about the extent of Covid deaths. The regime doesn’t care about its own people. All their leaders and top brass have had the Pfizer vaccine, which was banned for ordinary people.”

“So if you are rich and influential you can secure the best vaccines. And what are ordinary people getting? Korean, Chinese, Russian vaccines and now it is trying to distribute its own Barakat vaccine.”

Shirin, 37,  told how she risks imprisonment and even torture to distribute leaflets on behalf of the banned MEK dissident group which she joined two years ago.

“At night I distribute leaflets urging for a boycott of these sham elections, which give the people of Iran no choice but to appoint another hardliner.” she said.

“I’m not alone. The people have had enough and you can see that by the way so many more people like me, who were law abiding in the past, are taking the actions I’m taking..”

Amir, a 51-year-old academic based in Tehran, said: ”I can tell you students at our universities are all planning to boycott these elections. They know there is no future for them in Iran, no hope for employment, no hope of getting enough money to even marry and start a family. 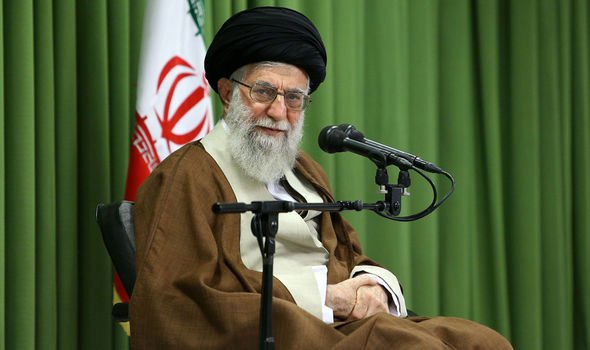 “We’re seeing an increase in the distribution of leaflets by MEK activists and anti-regime graffiti on walls. This was unheard of a few years ago..”

He said the choice of hardliners like Ebrahim Raisi -head of the judiciary and responsible for the deaths of 30,000 political prisoners in 1988 – as presidential candidate shows that the regime is running out of options.

“There is a big difference between now and four years ago. We have had three periods of large and widespread protests,” he said.

“The regime knows that it must contain this dissent if it is to persuade the world that it is responsible enough to pursue its nuclear ambitions. And it can only achieve this through more force.”

He added: “These aren’t elections, they are the selection of regime approved candidates. By boycotting them we hope to show that this regime has no legitimacy.”

Mass boycotts were evident during February’s parliamentary elections, where only 25 percent of Tehranis voted, forcing authorities to admit to the first elections with less than 50 percent of the vote even after inflating numbers.

Fearing a repeat, Supreme Leader Ali Khamenei personally pleaded on Friday to the public to vote, calling any boycott a “cardinal sin”.

“They bought wholesale the several-fold inflated vote tally as an indication of the regime’s legitimacy at home.

“But February’s elections showed that the situation is so precarious that rigging the vote count cannot hide the reality.”