THE sickening murder of Reverend Richard Glazerbrook in 2002 shocked the residents of St Leonards to the core.

The 81-year-old clergyman was drowned in a bath and his body was chopped up and dumped by teenager Christopher Hunnisett, now 38, who was jailed for the murder. 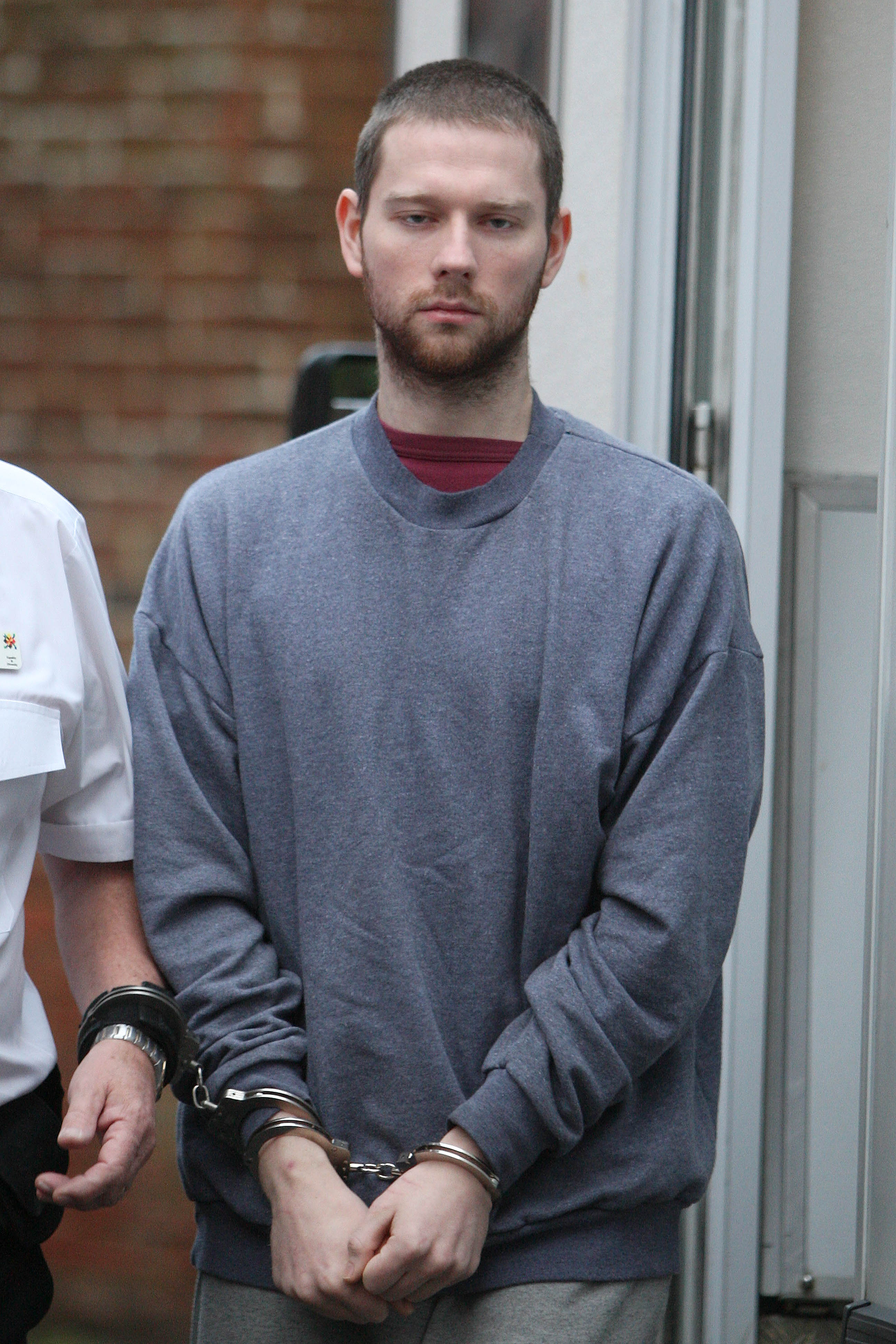 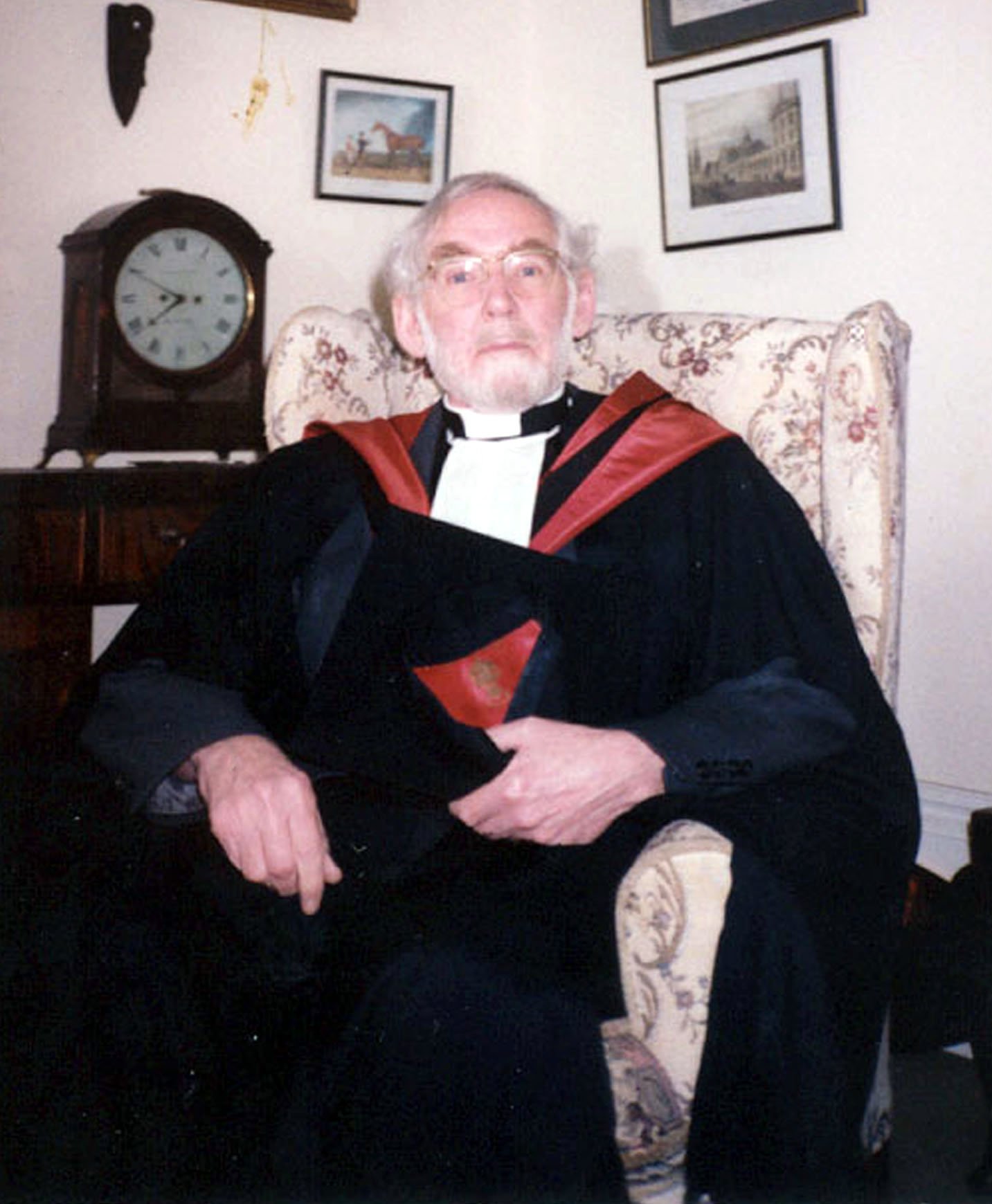 Shockingly, in March 2010 the conviction was overturned after former altar boy Hunnisett – who now identifies as a woman called Crystal – claimed Glazerbrook had abused her.

But just four months after being released from prison, Hunnisett killed supermarket worker Peter Bicks, after falsely claiming he was a paedophile.

Since being sent back behind bars, Hunnisett transitioned, performing a DIY sex change by chopping off her testicles and slicing her penis.

Questions have been raised about whether Hunnisett should ever have been released from prison and allowed to strike again.

Police have branded Hunnisett "evil" – but according to Hunnisett's former fiancee, the second murder could have been stopped if police had provided support and supervision when her ex-partner was released.

Referring to her ex using male pronouns, Lucy Anderson told Sky's The Priest and the Paedophile Hunter: "If they'd helped him, Mr Bicks wouldn't be dead. Chris wouldn't be in Prison. It hasn't happened that way."

The documentary features never-before-seen letters penned by Hunnisett, who claims she "never planned to hurt" Mr Bick but "lost control" when she hit him over the head.

As a teenager, Hunnisett was described by school friends as being a little odd but quiet, with a love of the outdoors.

Hunnisett was reportedly bullied at school for being effeminate.

Hunnisett, who was having problems at home, was taken in by the Reverend Glazerbrook.

Shortly before he was murdered, Glazerbrook wrote a letter to Hunnisett's parents saying the teenager needed to leave.

Glazerbrook went missing in 2002 and police eventually found blood stains in his car which lead them to suspecting Hunnisett.

It emerged that Hunnisett had chopped up the body and disposed part of it behind a police station and in surrounding woods.

Another teen, Jason Groves, accompanied Hunnisett and told the police he had witnessed the mutilation of the body.

In an interview with police, Hunnisett admitted dismembering Glazerbrook but concocted a bizarre story with vigilante agents to explain the killing.

In the Sky documentary, a letter from Hunnisett reads: "Seeing a dead body is horrible. It pushes your mind to breaking point where it struggles to hold your thoughts together."

Hunnisett admitted to finding it "difficult just to survive" in prison and "kept my feelings numb."

During a retrial, a man came forward claiming he had been abused by Glazerbrook.

During his testimony he told how he is now unable to be alone in a room with another man – including his own son.

Hunnisett's defence argued that she had punched the vicar when he tried to abuse her while she was in the bath – knocking out the clergyman who fell into the water and subsequently drowned.

The jury acquitted Hunnisett, and shortly after her release she met Lucy, having connected with her on Facebook.

Their relationship evolved from friendship to romance and they planned to marry, but Hunnisett's growing obsession with catching and taking down paedophiles soured their relationship.

In a letter describing the abuse she endured, Hunnisett said: "I pray you never have to find out how devastating sexual abuse actually is. It changes you forever. It strips part of your humanity away. What they do can never be undone."

During her time in prison for the vicar's murder, Hunnisett had a tattoo done of an angel of vengeance.

I literally wanted to tear them apart

Determined to "protect the victims" ofpaedophiles, Hunnisett created a number of dens to work from in the woods and trawled sex chat rooms attempting to snare offenders.

Six years into her prison stint, Hunnisett claims in the documentary that she was made to do a therapy session with convicted paedophiles and discuss being a victim, which she described as humiliating and degrading.

She wrote in a letter: "I got angry when hearing them and I literally wanted to tear them apart. An anger where you tremble trying to hold it in."

It is alleged in the documentary that she heard convicted sex offenders planning their next abuse ring when they were released – which spurred her on to become a vigilante and "rid the world of paedophiles".

In another letter Hunnisett said she spent years "thinking of ways to stop them" and trying to come up with a "perfect solution where no one gets hurt".

Four months after her release from prison, Hunnisett bludgeoned supermarket worker Peter Bicks to death with a hammer, wrongly convinced he was an offender after meeting him in an online chatroom.

She then arranged sex toys around his head and placed a religious cross on the body.

Lucy told how Hunnisett called her after saying she had killed someone. She initially thought it was a joke, but was horrified when it became clear it wasn't.

When she met Hunnisett she told how she "looked helpless. It was like looking at a scared child."

Hunnisett claims she didn't mean to kill Peter Bicks but got caught up in the moment when Peter, under attack, fought back. 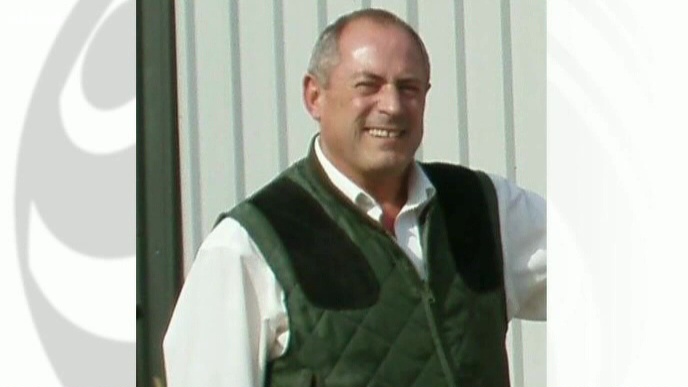 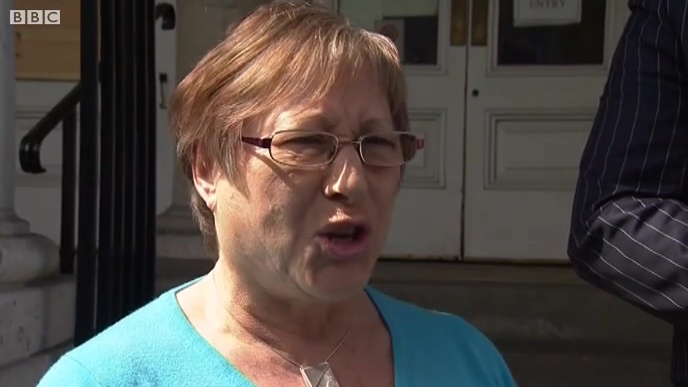 Describing what happened, Hunnisett said: "I smashed his head until he let go. I told him exactly what I thought of him and was cursing with rage."

Hunnisett then handed herself in to police who found Peter's body under suitcases.

The arrangement of the sex toys made it look like a "ritualistic killing".

Peter's mother was so devastated by her son's death she stopped talking. According to Peter's sister Yvonne Cowling, it also sent their father to an early grave.

The police investigation found no evidence of Peter being a paedophile, but found he had previously flat shared with a convicted sex offender.

It also found Hunnisett had taken Peter's car and driven to meet another man she suspected to be a paedophile who couldn't come at the last minute.

Senior Investigating Officer Nick Sloan said: "I have never come across someone that has murdered in premeditated cold blood and then gone off to perhaps do it again. That to me is evil."

At the trial in April 2012, Hunnisett's defence team were keen to use a diminished responsibility defence but psychiatrists couldn't agree if she qualified for it.

At the last moment, Hunnisett ordered her barrister to not use the defence, claiming the killing was for morality reasons.

After just 20 minutes, Hunnisett was found guilty of murder. As the verdict started to be read out Hunnisett started to climb out of the dock, flailing and pushing before being retrained by eight security guards.

I have never come across someone that has murdered in premeditated cold blood and then gone off to perhaps do it again. That to me is evil

Recalling the moment, Peter's sister Yvonne said: "I thought, this is what my brother encountered. That's the impression my brother had. They were the last few minutes of his life. That's what he saw."

In their sentencing remarks, the judge called Hunnisett "extremely dangerous" and that "the time may never come when this defendant is considered safe to be released".

After returning to prison, Hunnisett wrote to Lucy apologising for screwing up and claimed all she ever wanted was "to be a good boyfriend to you. To treat you right and make you happy".

But for Lucy, the man she was in love with died the day they were arrested.

She said: "The Chris that I knew died the day he got arrested. Technically Chris died that day because after that was when he obviously started his transitioning.

"I can't see Chris as Crystal. I try sitting there trying to image what Crystal would look like or what type of person Crystal is and I can't. My brain just blocks that.

"I can see other people. Don't get me wrong, I understand being transgender but I just can't see him."

When asked if she misses Hunnisett, tearful Lucy said "yes" and admitted that may be why she can't accept she's transitioned, because it means accepting the "man she loved has died again".

In 2018 Hunnisett was diagnosed with schizophrenia and her legal team launched an attempt to appeal the sentence passed at the murder trial citing it as being unfair.

It was denied in March and Hunnisett remains in Ashworth High Secure Hospital and will be able to apply for parole in 2029.

Hunnisett's legal team still hope to launch another appeal to rectify what they think was an unfair trial.

The Priest and the Paedophile Hunter is available to watch on Now TV. 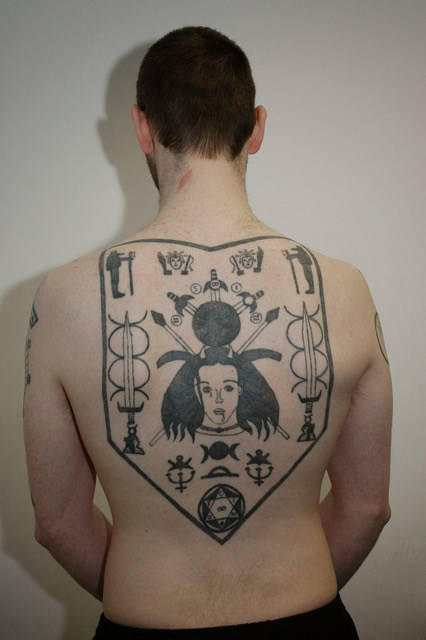 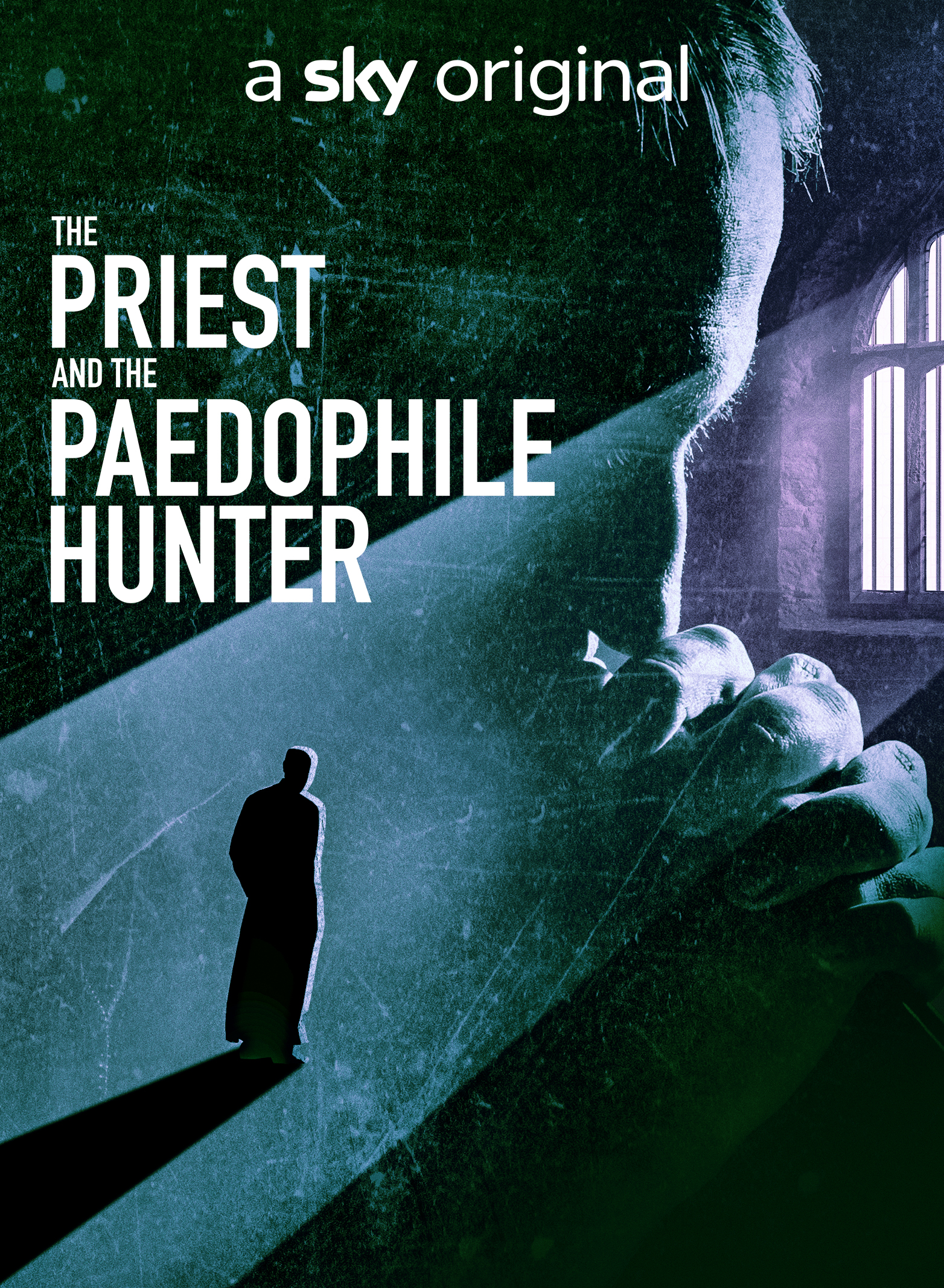