WOODSTOCK '69 is known as the ultimate celebration of peace and love – but for many music fans it was anything but with deaths, drug overdoses and death trap stages.

The iconic hippy festival – which for many was the official end of the sixties – came to a close 52 years ago today with a performance by Jimi Hendrix. 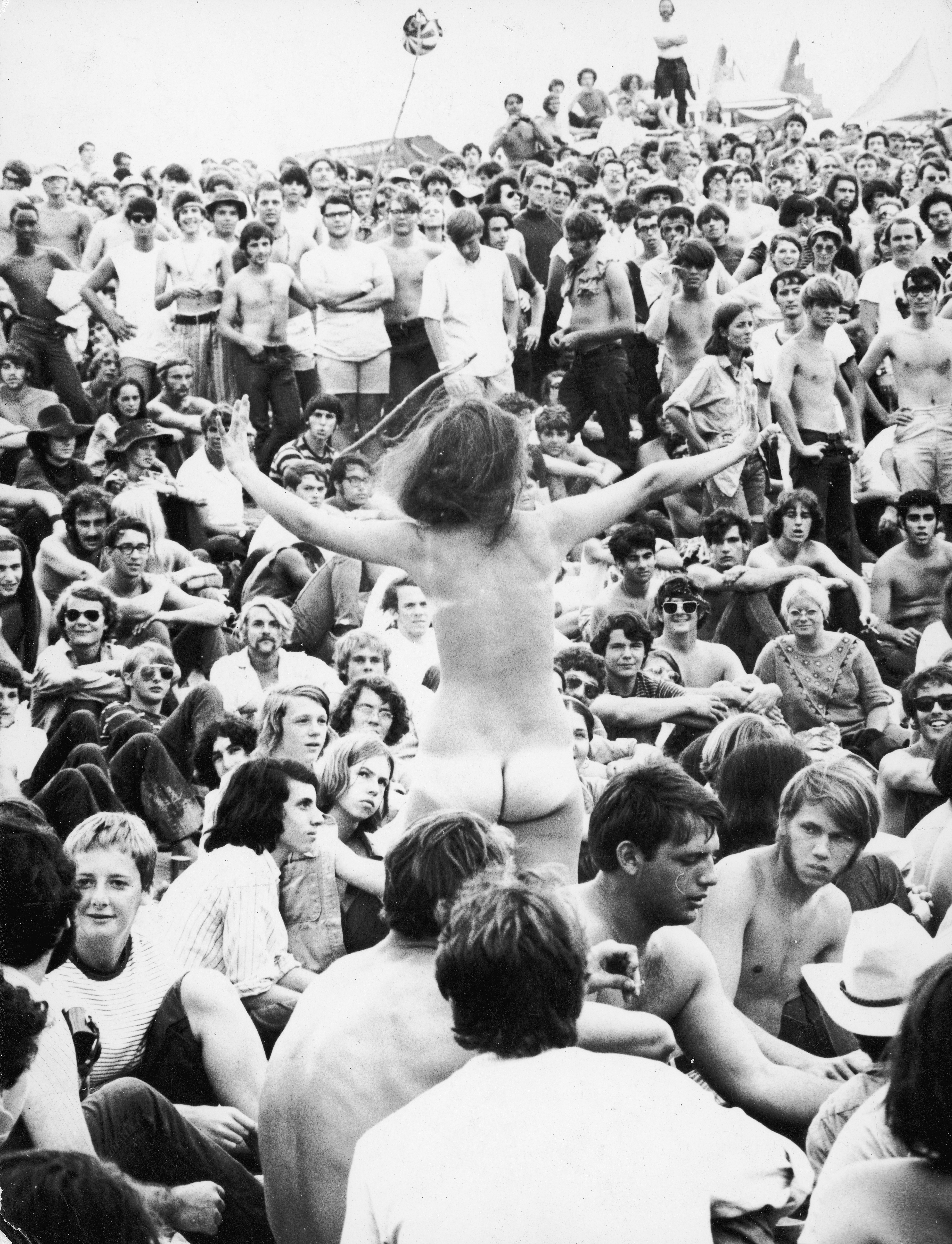 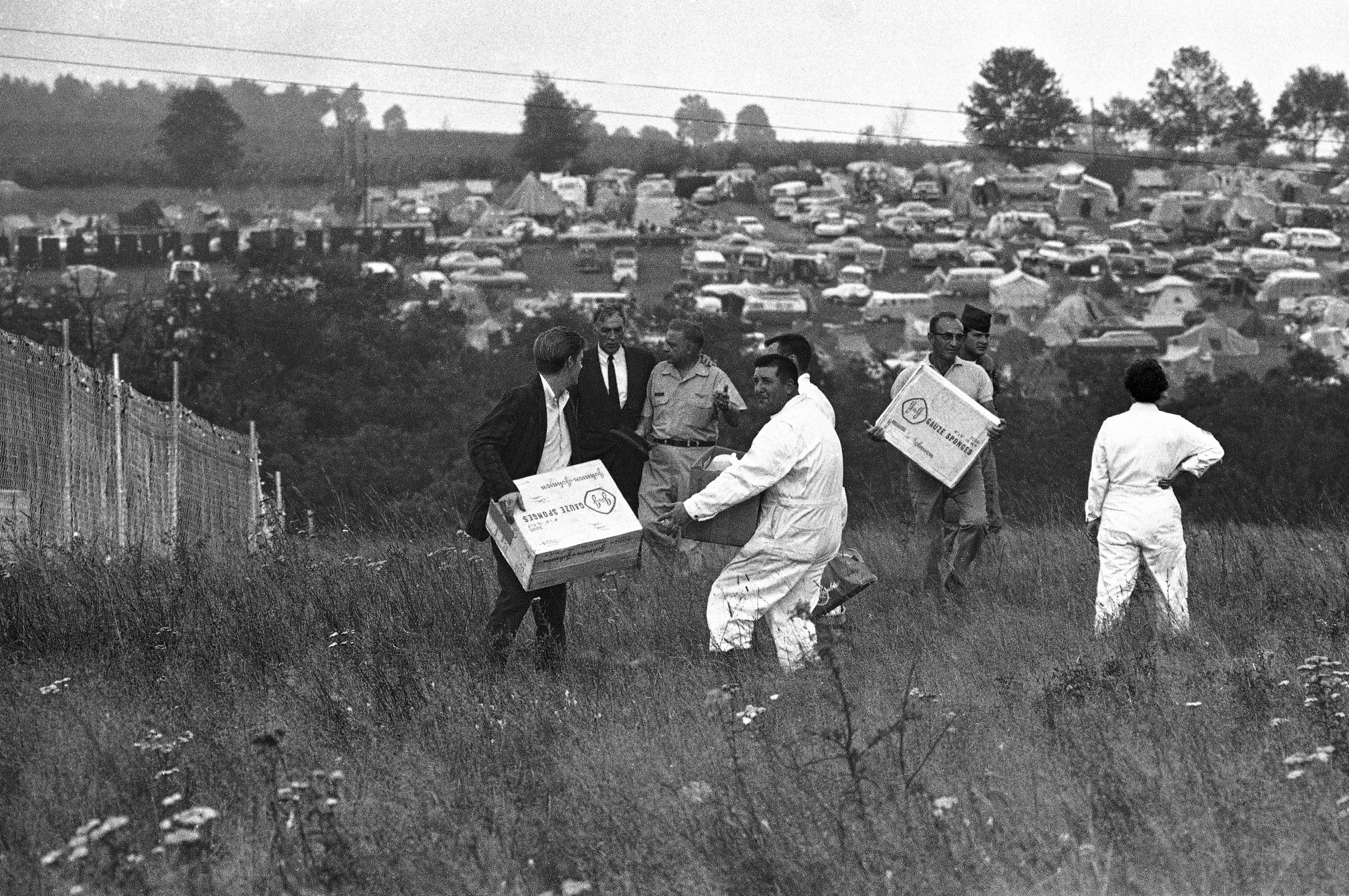 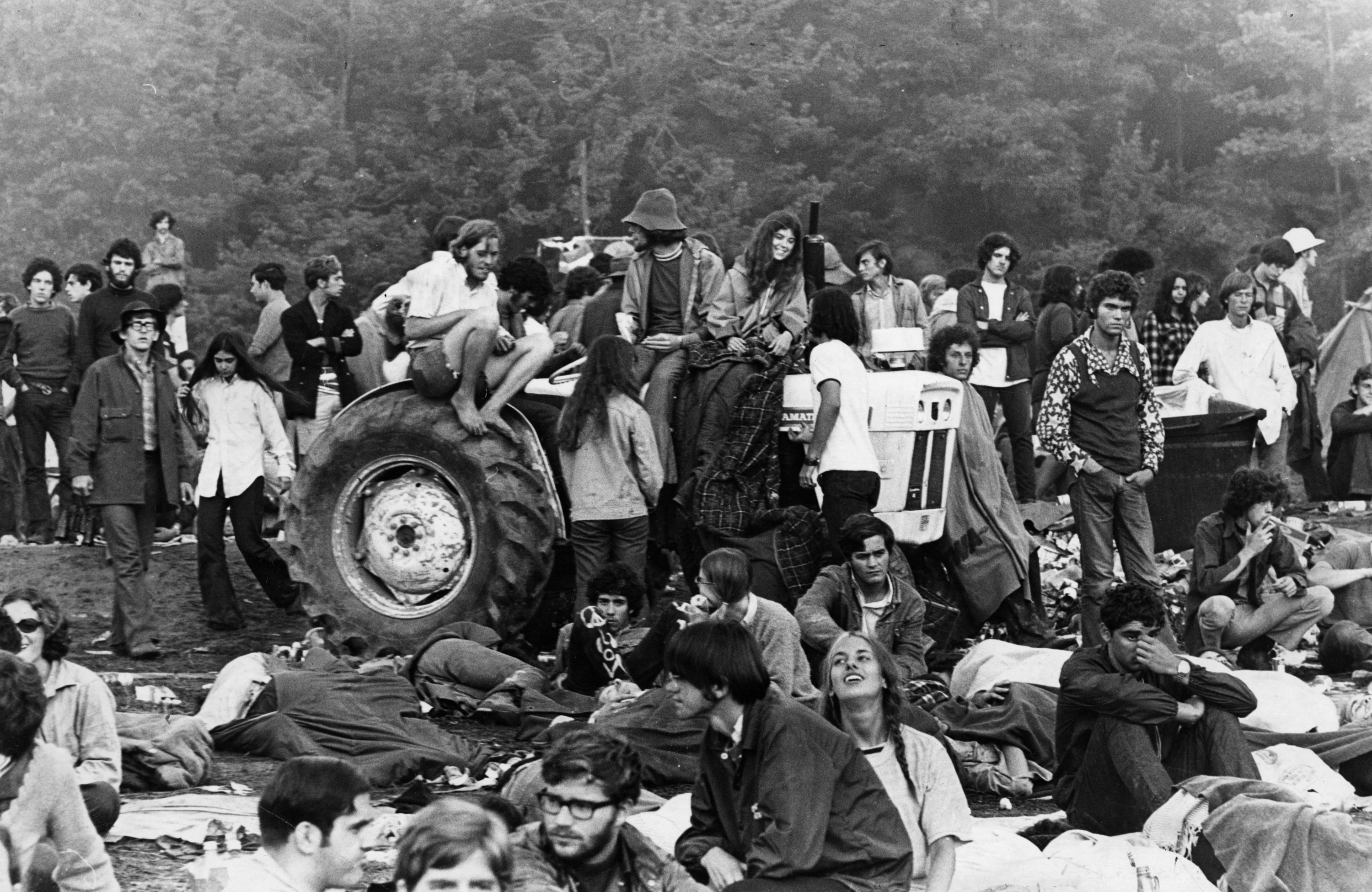 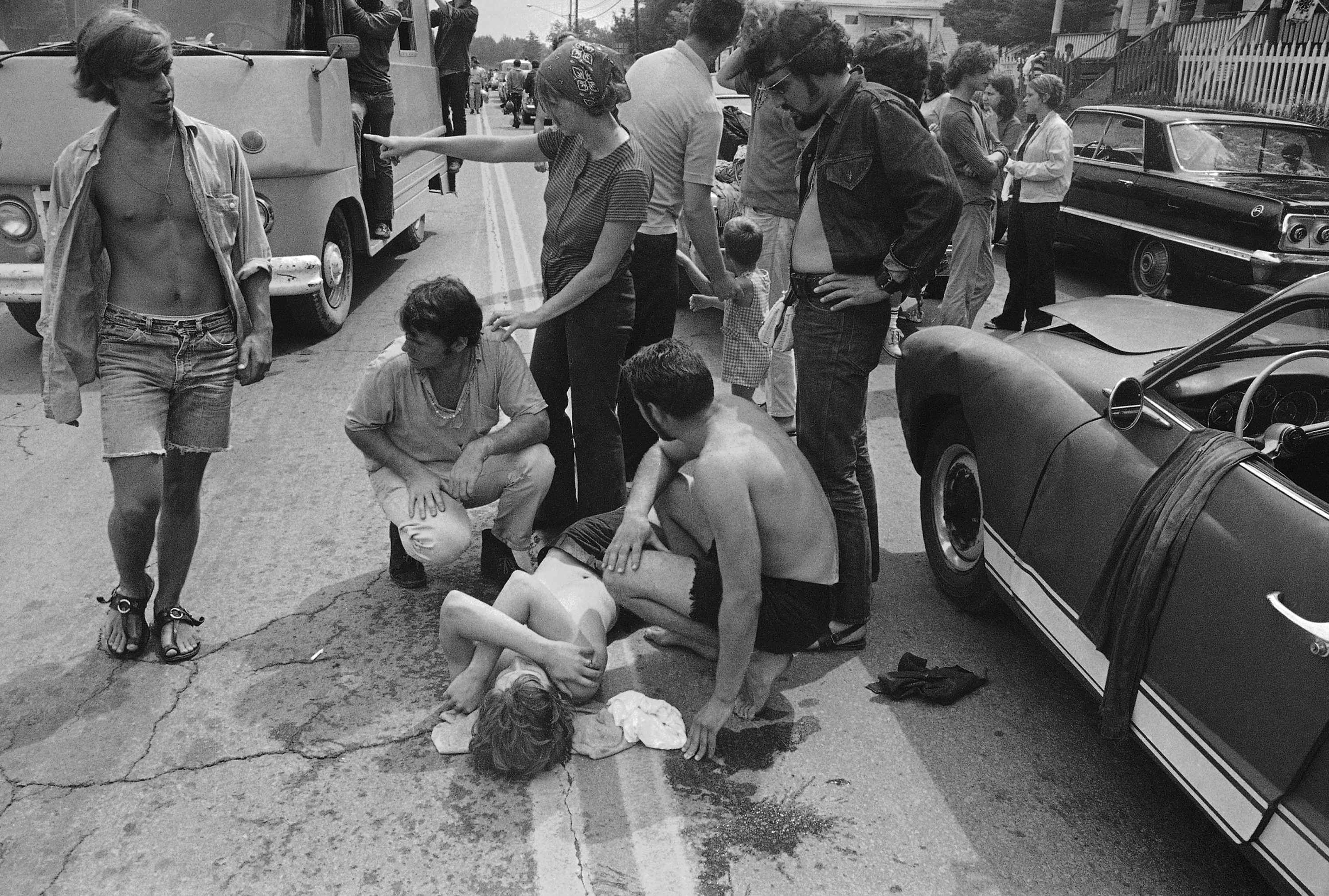 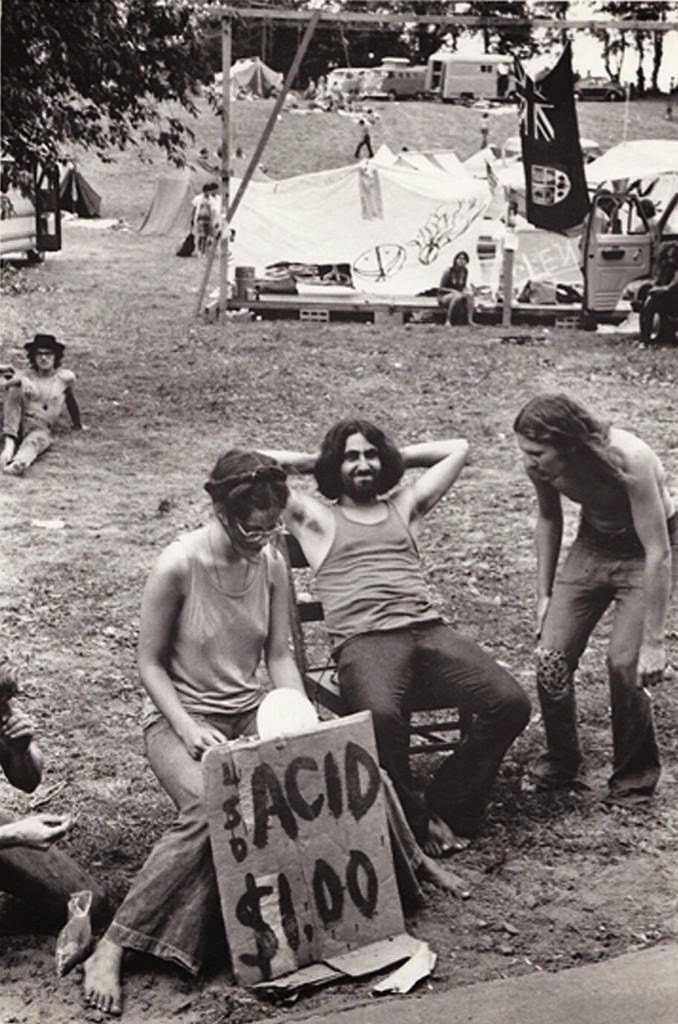 Flower power, free love and an unparalleled lineup have helped spawn a kind of folklore around the beloved festival – as even those born decades after still celebrate those four days on a farm in Bethel, New York

Some 400,000 fans gathered to watch bands like The Who, Jefferson Airplane, Grateful Dead and dozens of others play long into the night in a defining celebration of counterculture.

But amid all the joy and rock n' roll – the festival had a dark side which saw at least three deaths and more than 700 drug overdoses as chaos reigned over the site.

Hippies could be seen selling acid for just $1, the main stage became a death trap with the possibility "mass electrocutions", there were food and water shortages, and 600 people for everyone one toilet.

The festival perhaps had more in common with its dire '99 revival which became infamous for death, rape and carnage than many would like to admit.

"In reality, there’s a lot more similarity between these festivals than there might appear," culture critic Steven Hyden told The Washington Post.

"That festival was declared a disaster area by the government, but that’s been papered over by all this mythology that’s been created over the years

"There was this idea that if you put together a festival at the last minute with not a great infrastructure and sort of a chaotic environment that you’re actually gonna have a beautiful event.

"That it’s going to be this generation-defining sort of epoch for people that they’re gonna remember for years after."

Everything we consider to be a real, canonical Woodstock moment … is from [a film]

Out of three people who died at the festival, two of them were killed by drug overdoses – believed to be heroin.

And the third was Raymond Mizsak, 17, who was crushed to death while asleep in his sleeping bag by a tractor.

Cops were called at 9am on the Saturday of the festival and discovered the grim scene.

The tractor driver said he had tried to clear the area twice of people as they attempted to move through and clean up the mountains of rubbish.

"The first we noticed anything was when a person yelled at us. I saw the victim and yelled to get a doctor and ambulance," the 29-year-old said. 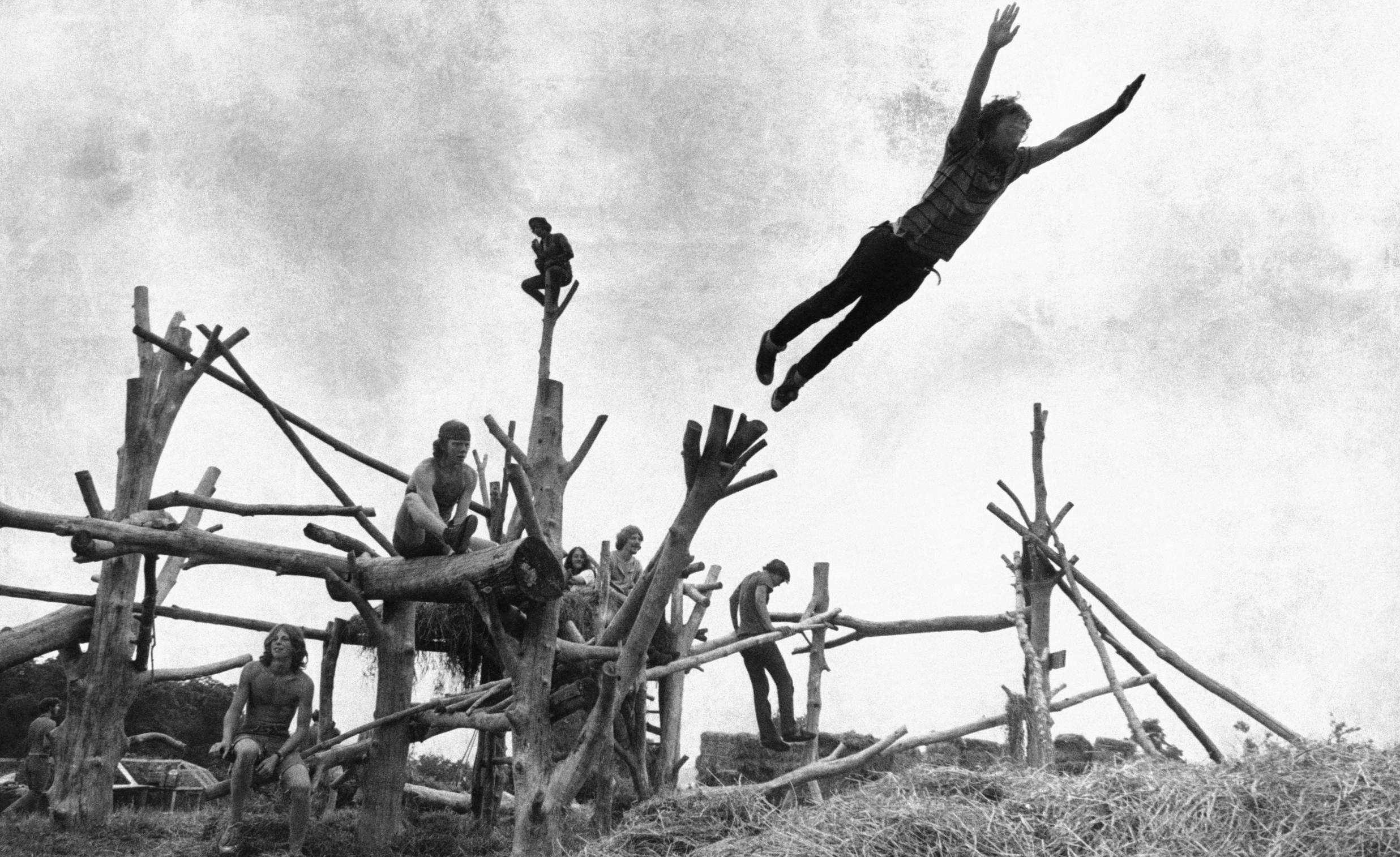 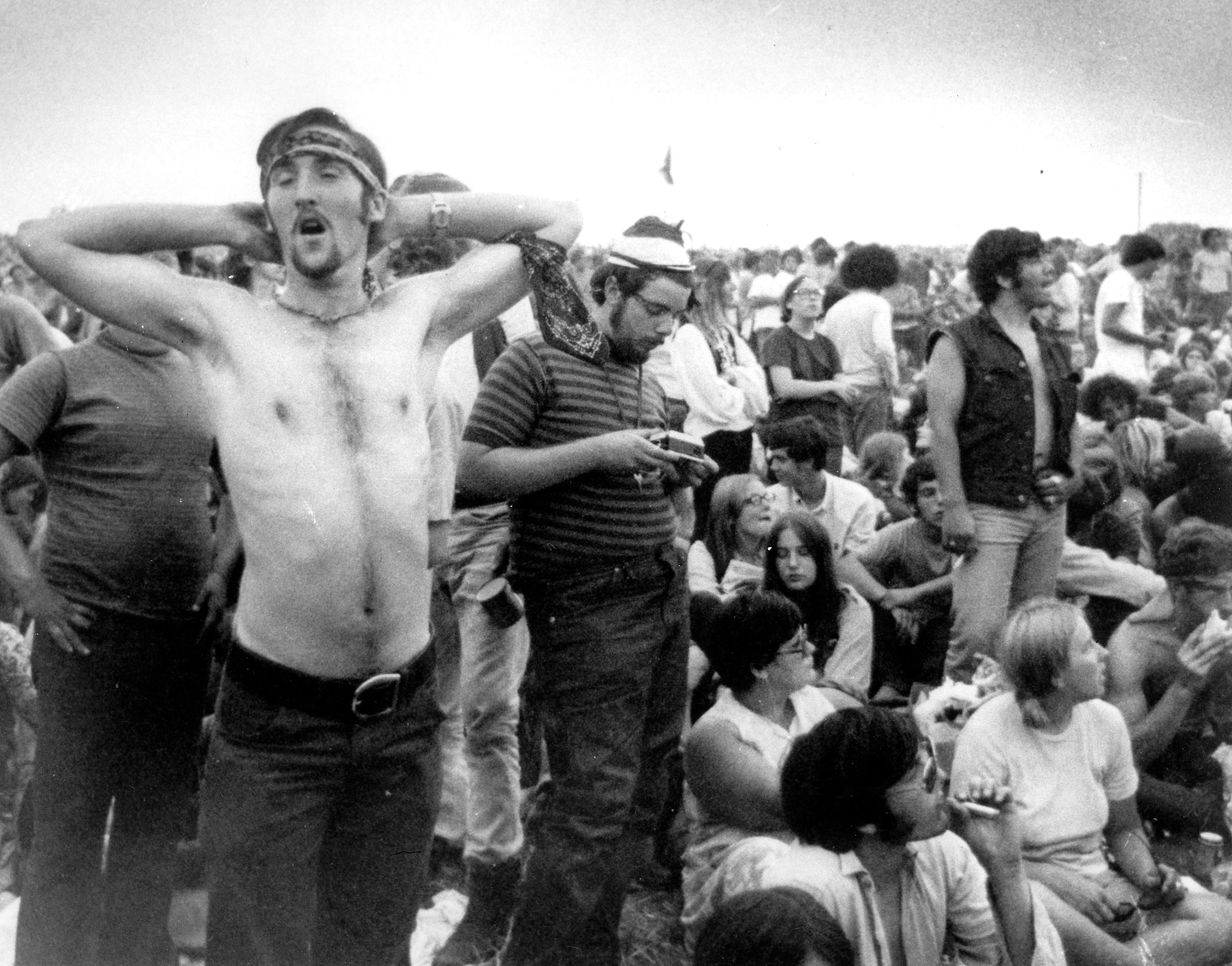 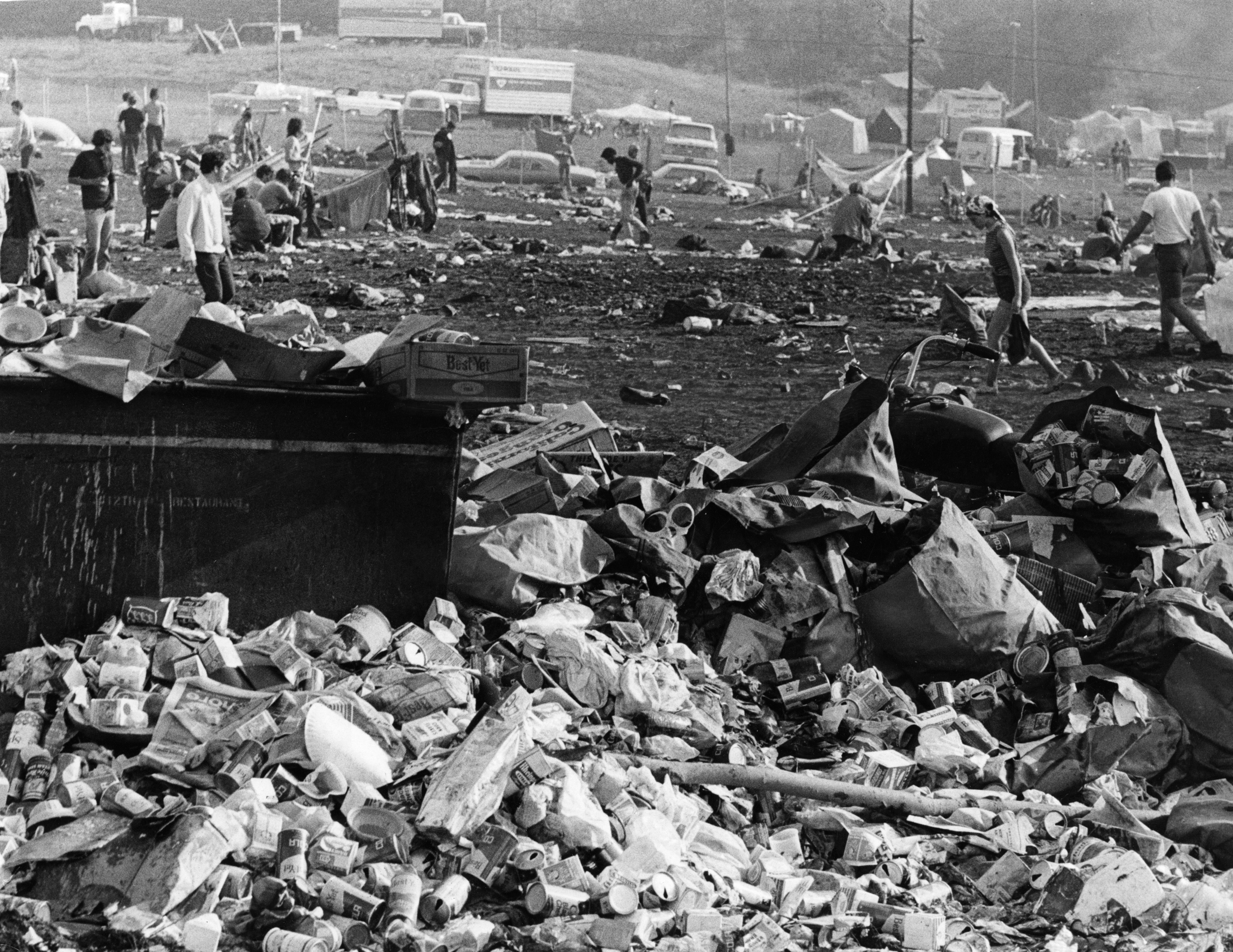 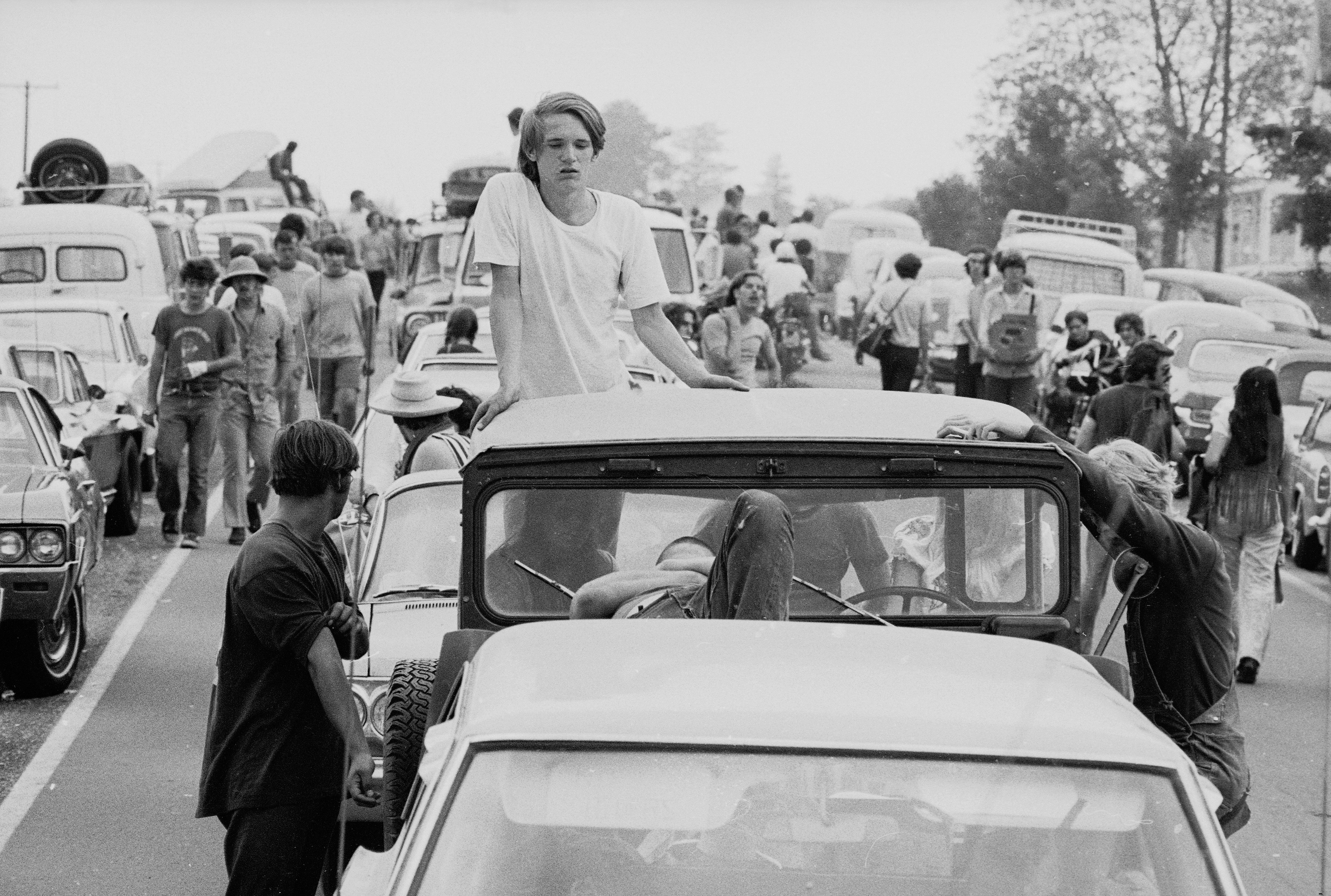 Local hospitals had been placed on alert, with doctors and nurses flown in from nearby cities to deal with the influx of hippies.

Many of the festival goers suffered terrifying hallucinations from "bad trips" – and specialists were on site to try and calm these people down so they didn't hurt themselves, or anyone else.

And in one disturbing report, a fan suffering one of these episodes climbed to the top of an 80 foot scaffold and threw himself off.

He broke his back – and had to be airlifted to hospital.

Grotesquely, the most common injuries at the festival were sliced open feet as hippies strolled barefoot across a sea of trash.

Dr. William Abruzzi, known as the "Rock Doc", who oversaw the medical response to the site, reported his team treated 836 cases of slashed open soles and toes.

It is estimated some 3,000 people had to receive medical care over the course of the weekend – with hospitals filled to capacity along with eight on site triage tents supported by the Red Cross and Civil Defense.

Disputed reports also claim at least two people gave birth at the site, one while waiting in a traffic jam outside and another being airlifted to hospital from the site.

However, these so-called "flower children" have never been identified – and some claim these mythical births never happened.

Stories of a birth in a traffic jam are however very believable – with cars being sat snarled for eight hours in queues of up to 62-miles long to try and get to the dairy farm.

Sheriff's deputies trying to control the hordes of fans and cars found themselves overwhelmed, even though most of the attendees were peaceful amid the "chaos".

Many of those who attended did not even have tickets and fences were torn down to gain access to the event, with organisers saying "something happened, something snapped".

"Every kid in the world is here," said John Morris, director of operations for Woodstock.

And with some many people on site, the festival's infrastructure quickly began to cave in as they started to run out of food and water and sanitation deteriorated. 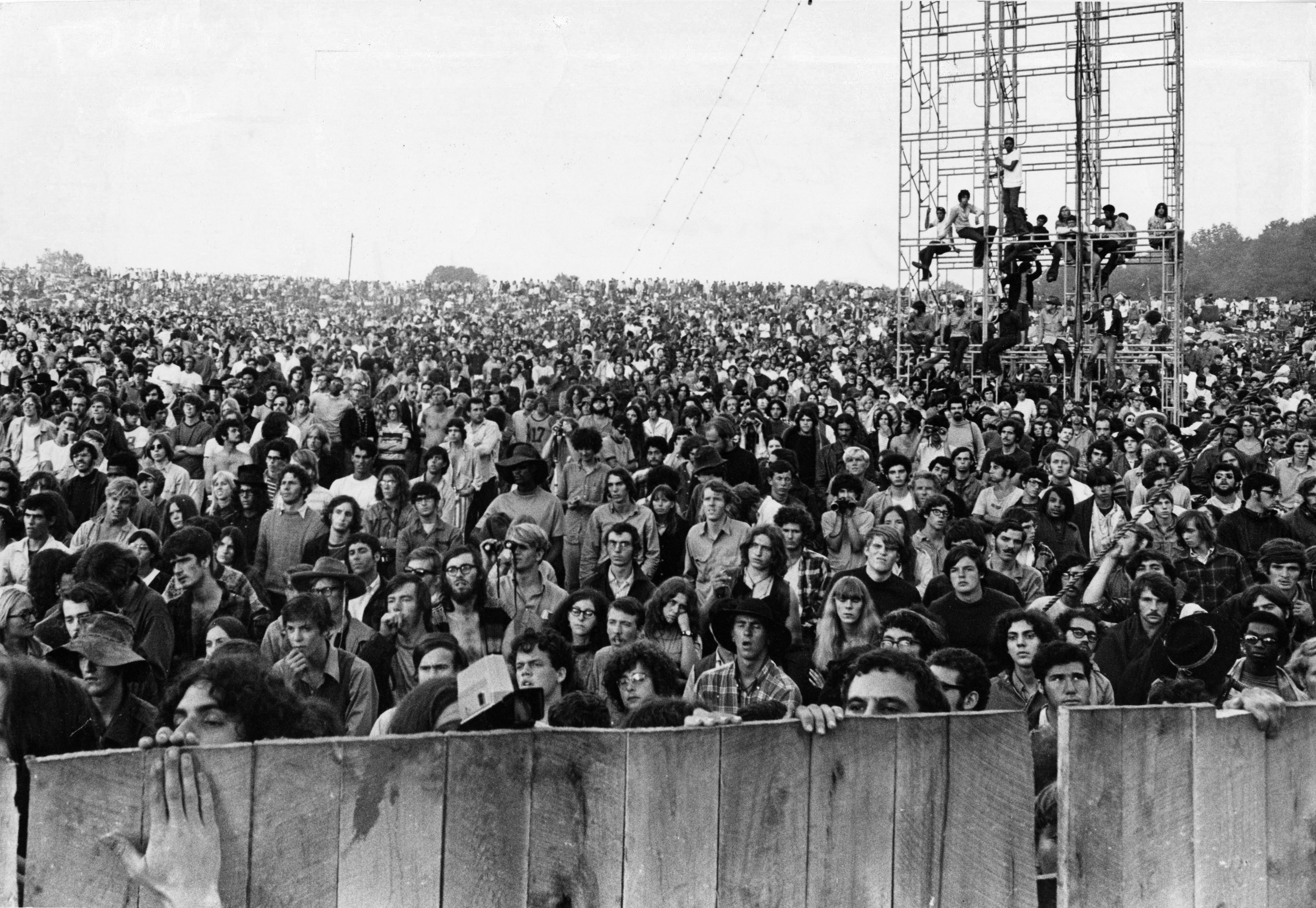 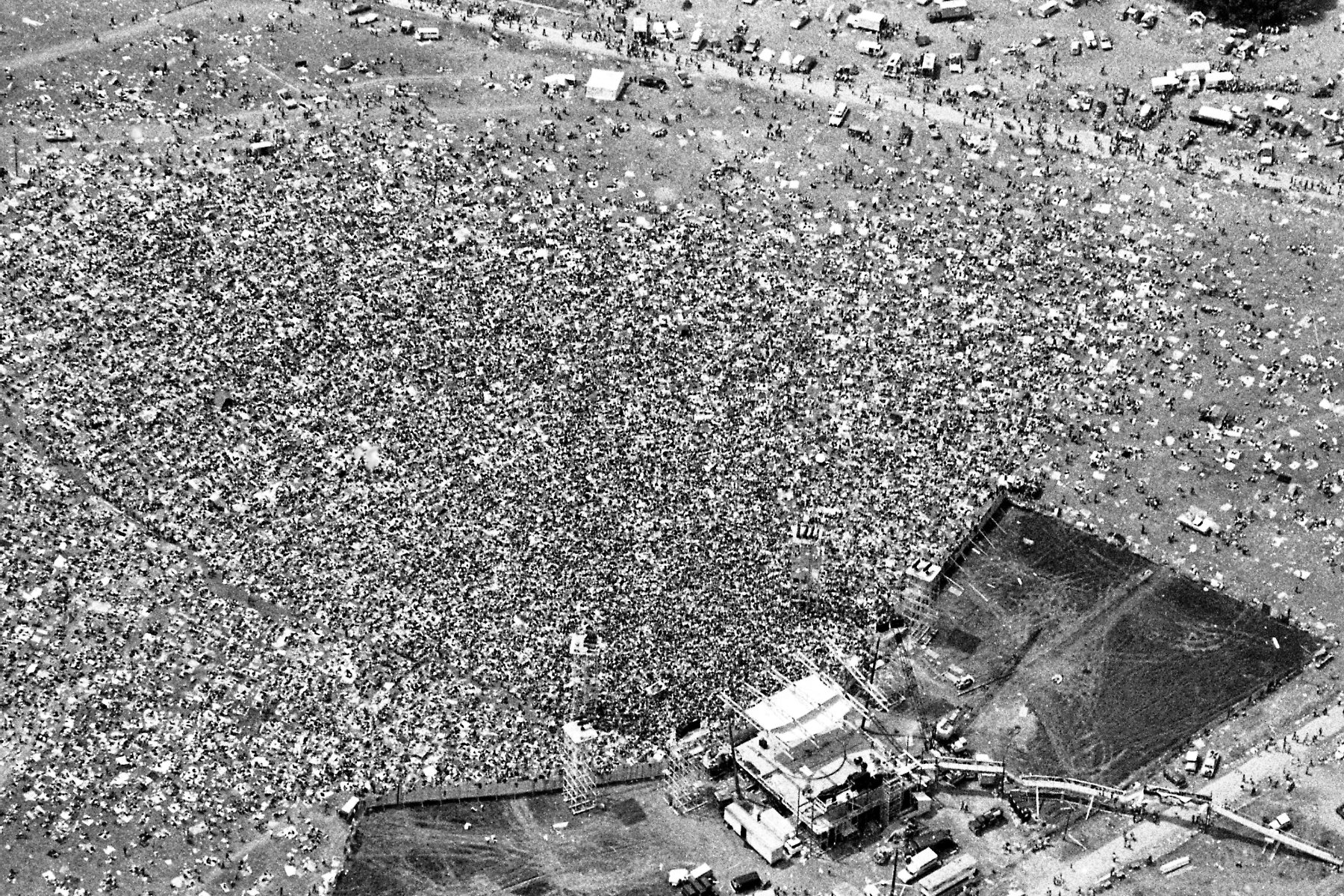 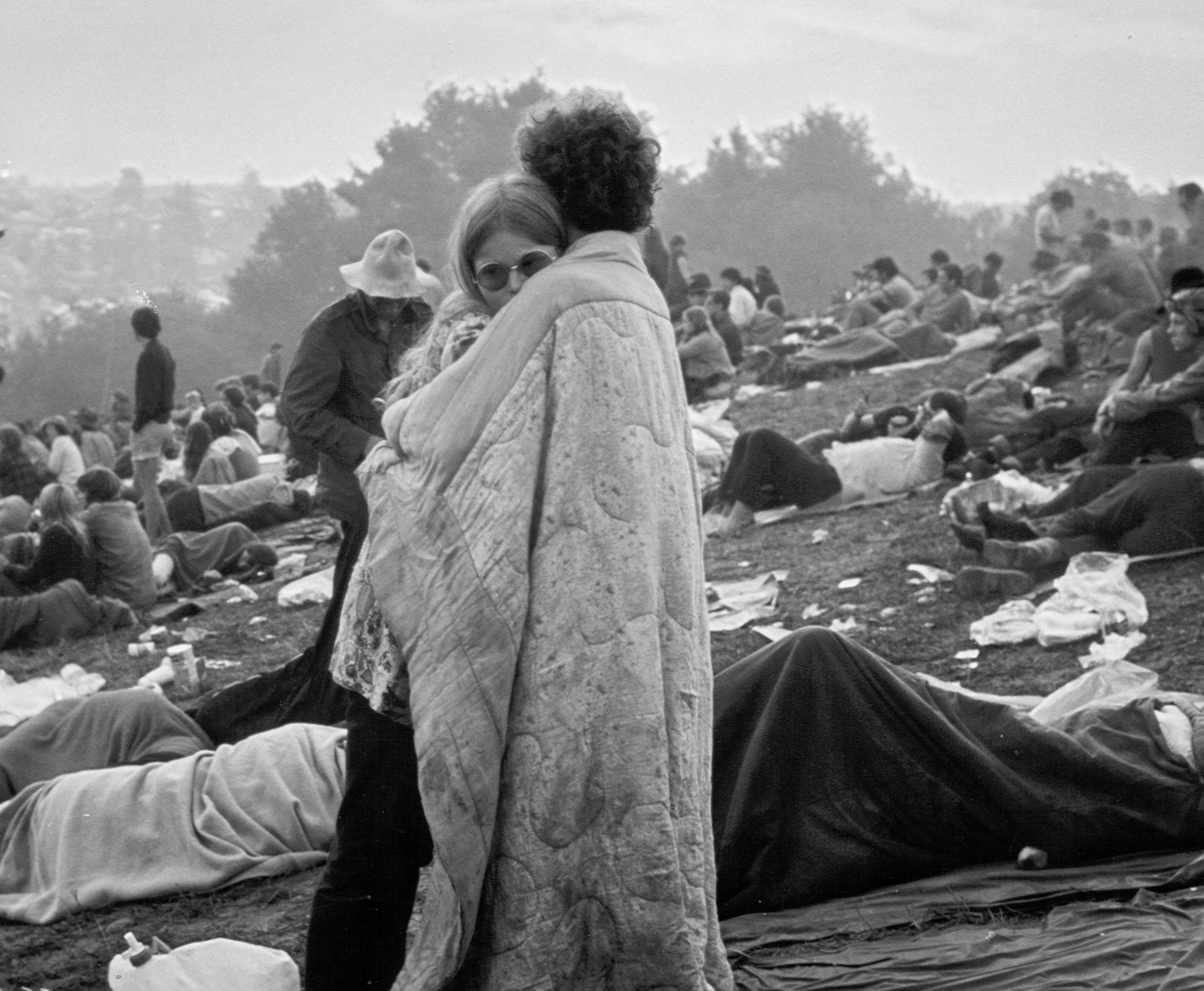 Farmers complained about roving hippy gangs stripping their fields bare of produce as the fans sought to make do.

Festivalgoers who arrived planning to get food on site found things immediately sold out – and what was left was hiked to extortionate prices.

Enterprising locals managed to bring water to the site, but then sold it back the hippies at prices of around $1 per cup – around $8 in today's money.

One group of fans even burned down one of the food stands as they were so furious over the price gouging amid the shortages.

And as the rain came down, things got worse as the organisers feared the main stage was a death trap.

Joel Rosenman revealed in 2009 that he received a call from one of the on site electricians that scuffing feet of the fans had worn down one of the main cables feeding the site.

"He paused for a moment, and I couldn’t believe that he was searching for the words that he came up with," Rosenman told NPR.

"But he came up with ‘mass electrocution."

With a potential disaster on the cards, the organisers thankfully managed to reroute power without electrocuting the thousands of people gathered in the swampy mud.

They had not wanted to shut down the power even for a few minutes, as they feared the large crowd may descend into riots should there be an even momentary break in the music.

Flimmaker Andy Zax credits the mythology around Woodstock to come from the 1970 documentary about the festival which created this idyllic image.

"Everything we consider to be a real, canonical Woodstock moment … is from the film," he said.

He added; "A lot of people felt like because they saw the movie, they felt they were there.

"It sold a version of that festival that was only partially true, but people took it as fact."