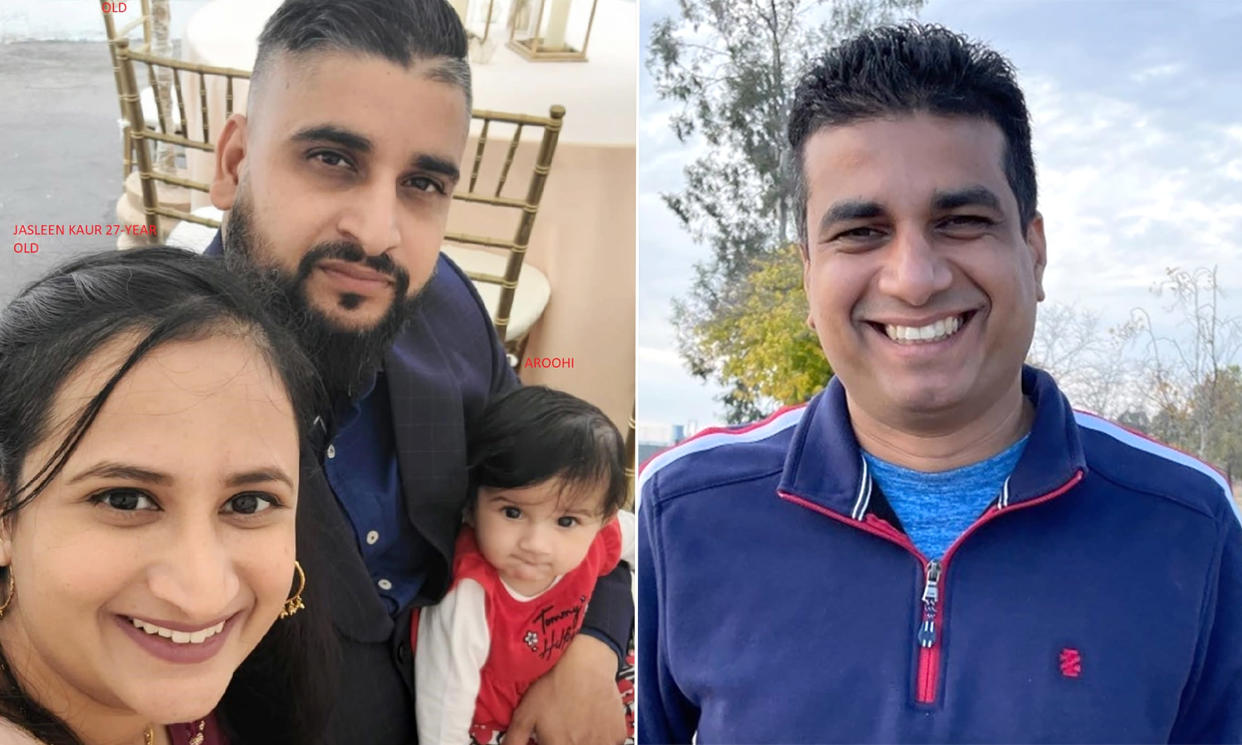 An 8-month-old girl and her parents were kidnapped in Merced County, California, on Monday, by a person described as armed and dangerous, authorities said.

A fourth relative was also taken from a family business in an unincorporated community in the Central Valley community, the Merced County Sheriff's Office said in a statement Monday evening.

The infant, 8-month-old Aroohi Dheri, and parents Jasleen Kaur, 27, and Jasdeep Singh, 36, as well as an uncle, Amandeep Singh, 39, were "were taken against their will from a business" on South Highway 59, a roadway lined with retailers and restaurants, officials said.

In a statement Monday night, Merced County Sheriff Vern Warnke said that investigators were unsure of a motive but that authorities believe the kidnappers destroyed evidence to cover their tracks.

"So far as I know no contact has been made nor ransom demands, nothing, from the suspects in this," he said. "We need your help."

The sheriff's office released images late Monday of a man with a shaved head wearing a hoodie and a surgical mask believed to be a suspect in the kidnapping.

"We consider the suspect to be armed and dangerous," the sheriff's office said. "If you see this person, please call 9.1.1. and do not approach him or the victims."