Navy divers have recovered a “black box” from an Indonesian airliner which crashed into the Java Sea on Saturday with 62 people on board.

TV pictures showed in inflatable boat carrying a large white container, which in turn was carrying the box.

It was unclear whether it was the Boeing 737-500’s flight data or cockpit voice recorder.

It will now be handed over to Indonesia’s National Transportation Safety Committee (NTSC), which is overseeing the investigation. 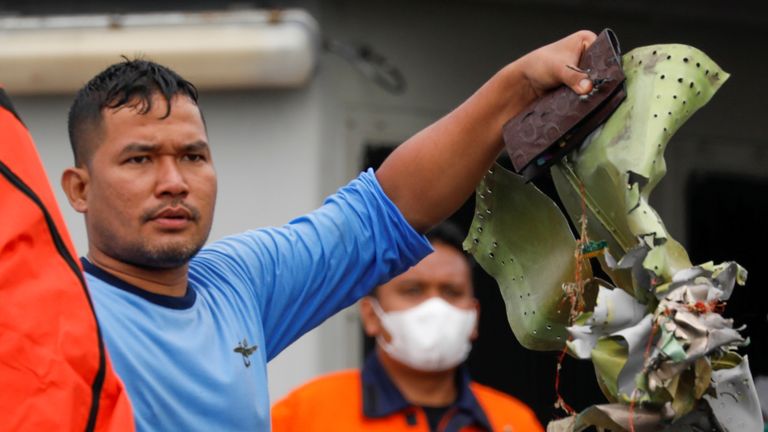 The boxes were believed to be buried under sharp objects which needed to be removed first, Admiral Yudo Margono of the Indonesian navy said. They were thought to be about 75ft (23m) below the surface of the sea.

A remotely-operated vehicle was sent to the location between Lancang and Laki islands, just north of the capital, Jakarta, and at least 160 divers were involved in the search.

They were using high-tech “ping locator” equipment to narrow their hunt for the boxes.

A navy ship had already picked up some intense pings from the devices, which detached from the tail of the aircraft when it crashed. 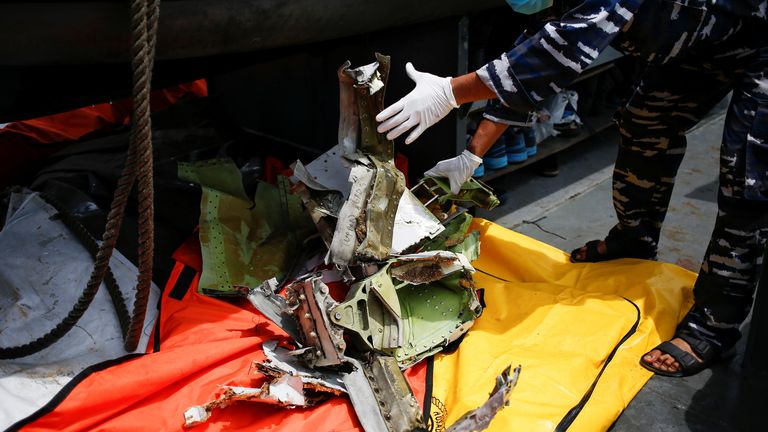 The Sriwijaya Air jet, which was heading to the island of Borneo, came down about four minutes after taking off from Jakarta in heavy rain.

According to tracking service Flightradar24, the 26-year-old plane lost more than 10,000ft (3,000m) of altitude in less than a minute.

The airliner, which had been grounded between March and December because of the coronavirus pandemic, passed an airworthiness inspection on 14 December, Indonesia’s transport ministry said on Tuesday.

Initial findings from the NTSC suggest a jet engine was running when the aircraft hit the water, based on the damage to a fan blade. 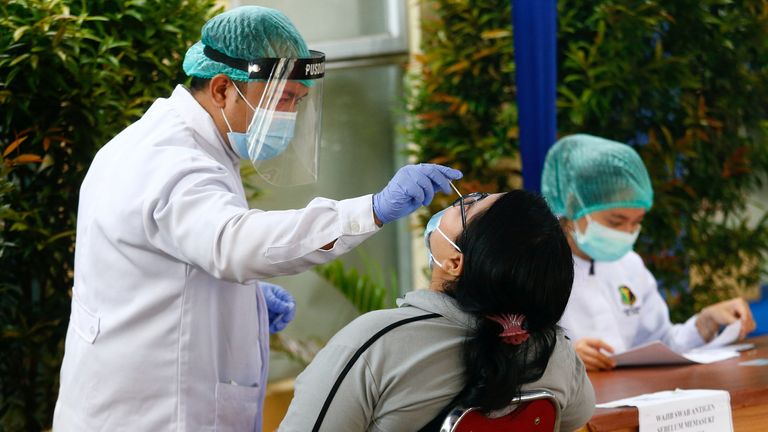 The first victim to be named is 29-year-old flight attendant Okky Bisma, who was identified using his fingerprints, police said.

“My super kind husband… Heaven is your place… Until we meet again darling,” his wife wrote on Instagram.

More human remains were found on Tuesday, as well as personal effects such as wallets containing identification cards.

Family members have been providing samples for DNA tests, and officers say results are expected within four to eight days.