Protest marches have been held in all major cities in Pakistan to mark the anniversary of New Delhi stripping Muslim-majority Indian Kashmir of its semi-autonomous status. The disputed Himalayan territory has been split since 1947 between India and Pakistan. The nuclear-armed neighbours both claim the region in full and have fought wars over it.

India stands exposed before the world, yet again, as an oppressor and aggressor

Mr Khan said: “India stands exposed before the world, yet again, as an oppressor and aggressor.

“India’s action this time last year was a crime against humanity”. 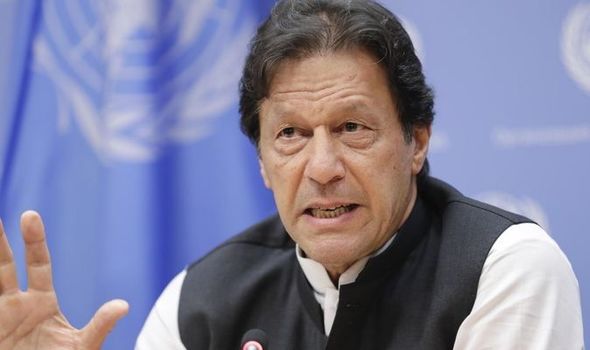 Mr Khan led a march through Muzaffarabad, the capital of Pakistan-administered-Kashmir, before addressing the region’s legislative assembly.

Across the city, more than 2,000 people turned out at a series of anti-India protests.

Protester Arslan Ahmad, a refugee who fled Indian-administered Kashmir, said: “We ask the world to give Kashmiris their right of self-determination, otherwise we will cross the Line of Control and help our brothers on the other side with arms.”

Fellow marcher Usman Mir said: “Half of my family is under siege in Indian-occupied Kashmir, my mother is dying to meet her sister, this dispute has left our generations torn apart.” 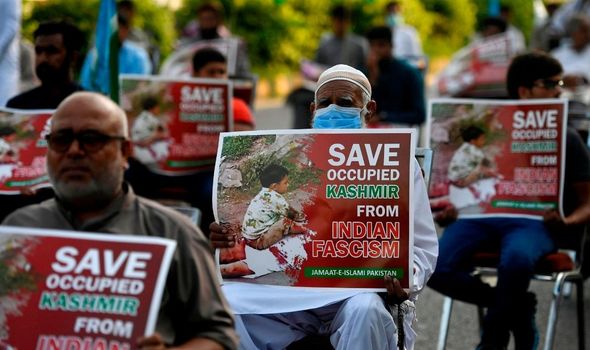 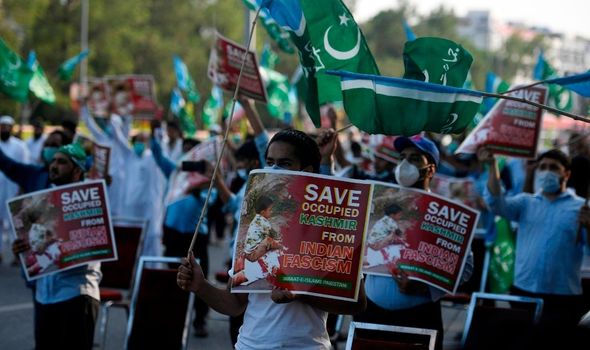 Indian Prime Minister Narendra Modi’s government had promised the move would bring peace and prosperity to Kashmir after three decades of violence sparked by an anti-India uprising.

Pakistan, however, has alleged it is a violation of the rights of Kashmiri people.

Pakistan released a new official map showing all of Kashmir as its territory ahead of today’s anniversary. 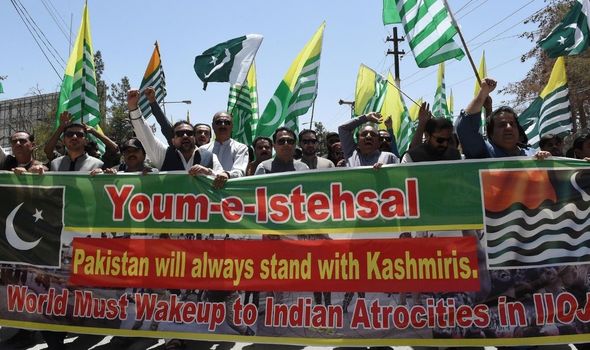 The Pakistan military accused Indian troops of firing a shell across the de-facto border, killing a young woman and wounding six other people.

Such exchanges are common along the Kashmir demarcation line, with shells blasted in both directions.