Home » World News » ‘I thought I had died’: Kazakhs say they were dragged in shackles and mistreated in Chinese detention centres

Sitting in a grand room in Westminster, Erbakit Otarbay is a long way from his birthplace in Xinjiang. But he can remember it by his scars.

“These are from the handcuffs,” he says, showing his wrists.

He pulls up his trouser leg.

“This scar is when they dragged me in my shackles.” 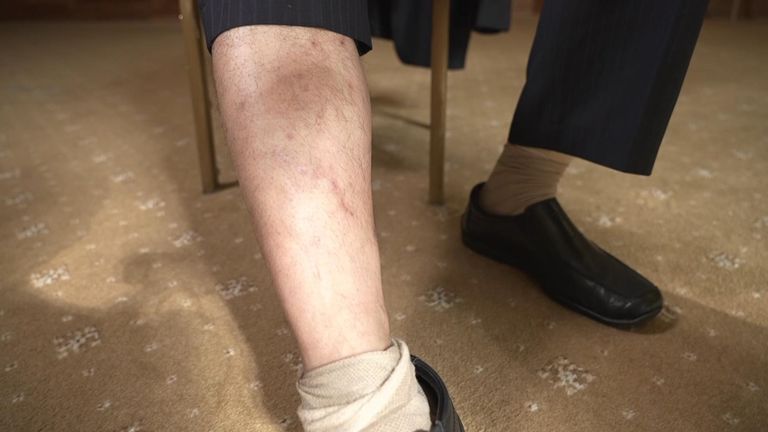 Mr Otarbay is Chinese but ethnically Kazakh. In 2014, he emigrated to Kazakhstan with his family. He returned to China in 2017 and was arrested by police. They took him to a room with a tiger chair – a metal seat with painful restraints for hands and legs.

“I was seated on a tiger chair and then they locked me in,” he says.

“Then they started questioning me: why did you move to Kazakhstan? What was the reason? Who were your neighbours when you were living there?

“Do you pray? Do you visit mosques? Why do you listen to the sermons?”

Mr Otarbay was taken to a re-education camp. He was released after a year but taken to another detention centre – not as an inmate, but to work unpaid in a clothes factory built inside the walls.

“We were made to make belt loops for trousers… we would work from the early morning until sunset.”

Mr Otarbay was in London to appear as a witness at the Uighur Tribunal in central London. The tribunal, which was sought by the World Uighur Congress, a Uighur advocacy group, is seeking to answer whether China is conducting genocide and other crimes against humanity against minorities, including Uighurs, Kazakhs and others, in Xinjiang, in the northwest of the country. The hearings are a “people’s tribunal” – it has no judicial, political or legal power.

But it has still infuriated China, which denies all allegations. The government insists that the camps – which for a long time it denied even existed – are vocational training centres and part of a programme to fight extremism.

The Chinese government has attacked the tribunal energetically, saying it is the work of “anti-China forces” spreading “lies and disinformation”. It has applied sanctions to the chairman of the tribunal, Sir Geoffrey Nice QC, who led the prosecution of former Serbian president Slobodan Milosevic.

And it has tried to put pressure on the British government.

This week, the Chinese ambassador to the UK, Zheng Zeguang, said: “The Chinese government has made solemn representations to the British government about this. We urge them to take actions to stop the organisers from continuing such malicious behaviour.”

Unlike China, however, the government in the UK cannot simply ban speech it does not care for – part of the reason why the tribunal is being held in London.

And those who have escaped Xinjiang are determined to take their chance to put their testimony on the public record.

Orynbek Koksebek was also born in Xinjiang and is ethnically Kazakh. He was accused of having dual citizenship – a crime – put under house arrest and then sent to a detention centre for six months. 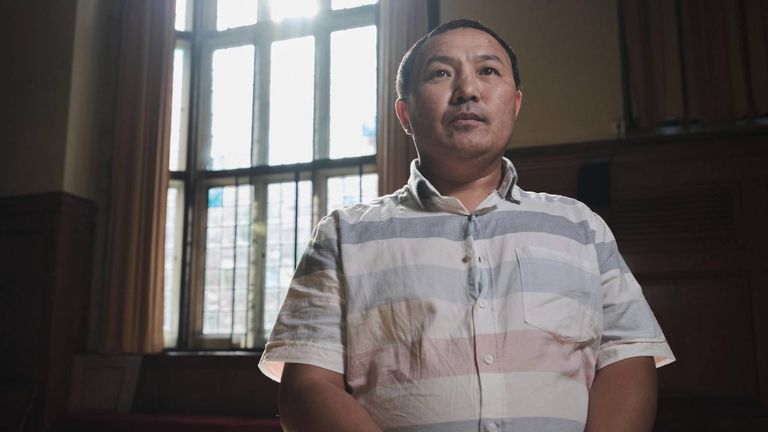 Mr Koksebek was singled out by the guards for punishment for his “crime”.

“Four people took me to the hole,” he says. “They poured water on me. Then I fainted. I thought I had died. When I was taken into that hole, I thought I was dead.

“I thought they would bury me in that hole.”

Speech itself is buried in Xinjiang, where the wrong words can mean detention.

The witnesses at the tribunal in London are determined to take their chance to be heard.