HURRICANE Henri left parts of New York City swamped with flash floods and heavy as the storm continues to barrel towards Long Island.

Pictures showed roads and subways awash with deep water as rain fell across the city as millions remain braced to feel in the impacts of the hurricane. 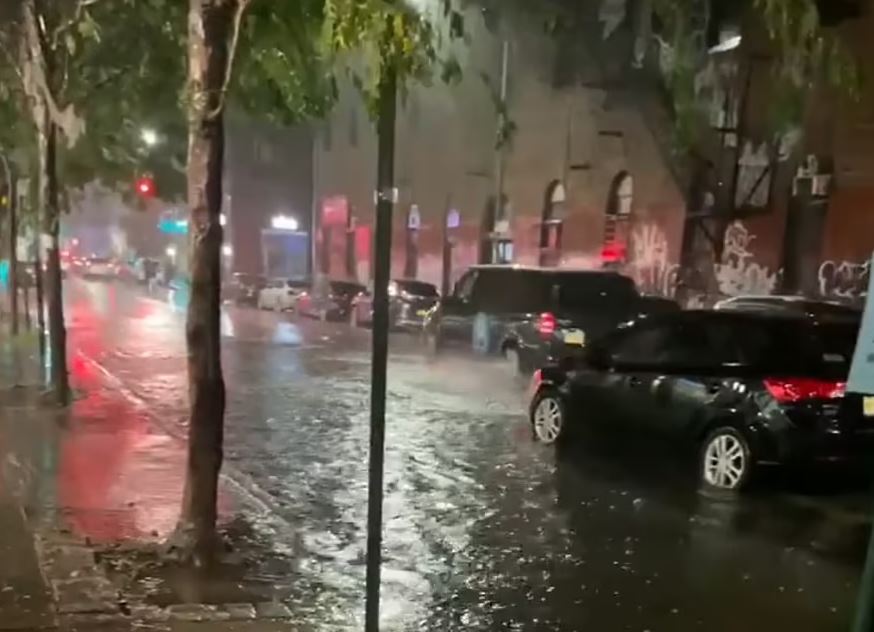 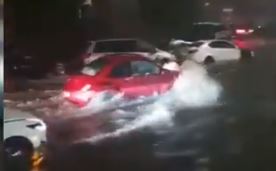 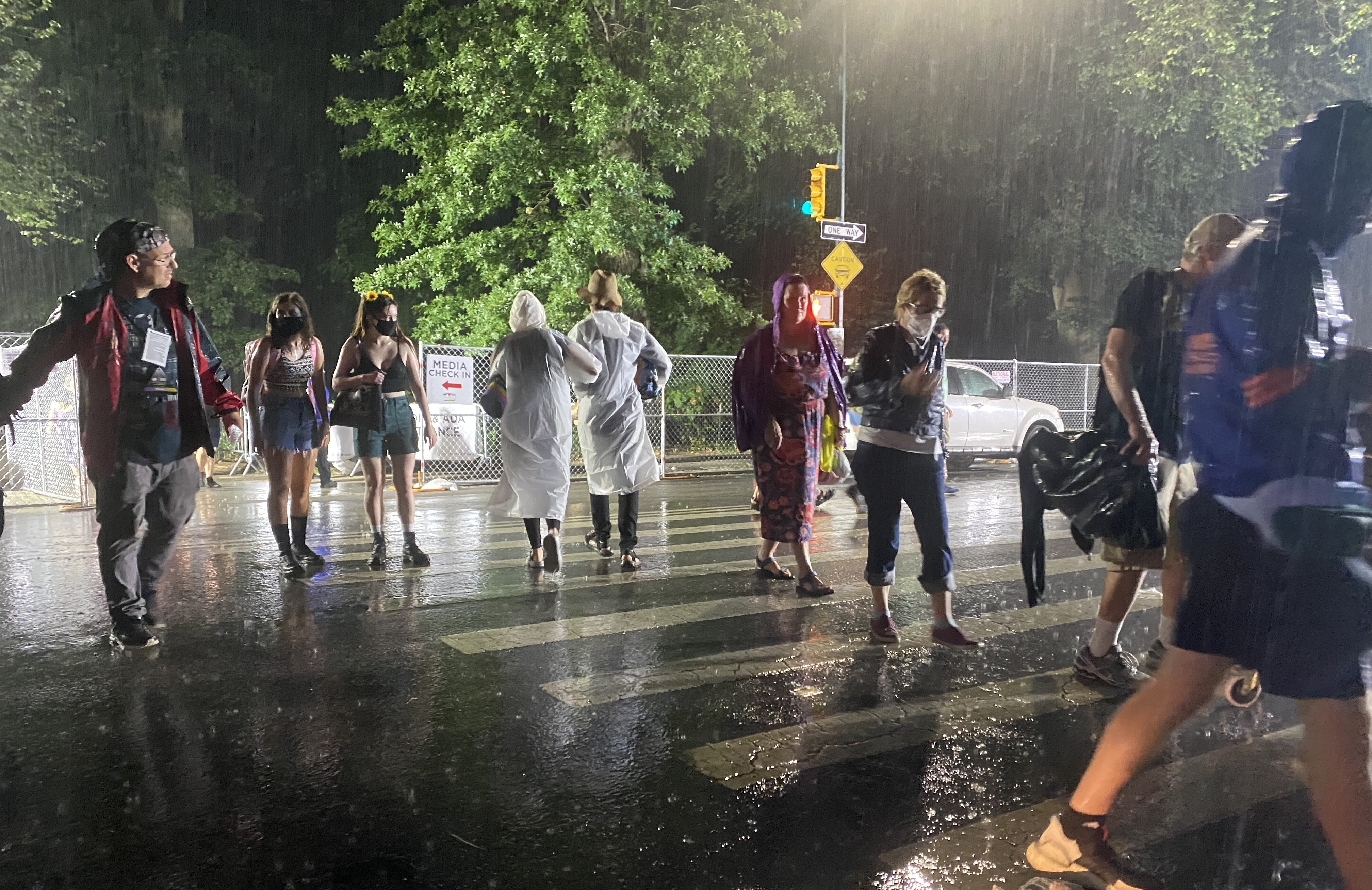 And the city's homecoming concert was dramatically cancelled halfway through as fans were told to leave Central Park immediately and seek shelter as thunderstorms rolled in.

The 'We Love NYC, The Homecoming Concert' was intended to mark the end of the Covid pandemic – with the city being one of the world's hardest hit back in April 2020.

But just after 7.40pm as Barry Manilow was singing "I Can't Smile Without You" on stage , the music was stopped as lightning flashed around New York.

Mayor Bill de Blasio said: "We need everyone for brief period of time to move to some place safe because of thunder and lightening, and then we will bring the concert back."

However, the concert never came back – with pictures showing the site in Central Park abandoned with warning signs urging fans to "move quickly and calmly to the nearest exit".

Big name headliners including Paul Simon, Bruce Springsteen and Jennifer Hudson had entertained a crowd of up to 60,000 in Central Park.

Manilow told CNN: "'They cut us off and threw us off the stage because they were afraid of lightning. It was getting very dangerous out there."

Elsewhere in the city flood left roads almost impassable and gushing torrents of water rolled down into subway stations.

🔵 Read our Hurricane Henri live blog for the latest updates

In a Twitter post on Saturday, Mayor de Blasio urged residents to stay home on Sunday and to use public transport if they need to travel.

"Secure outdoor objects and make sure you are in a safe location before the onset of wind and rain!," New York City Emergency Management Commissioner John Scrivani wrote in a tweet on Saturday. 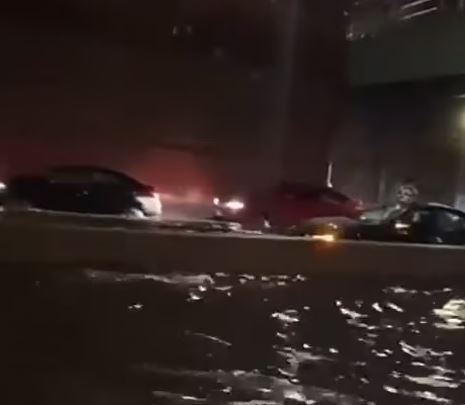 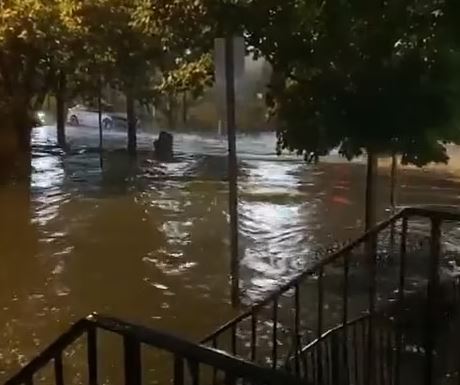 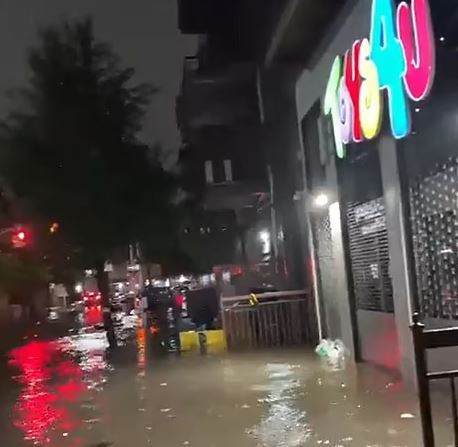 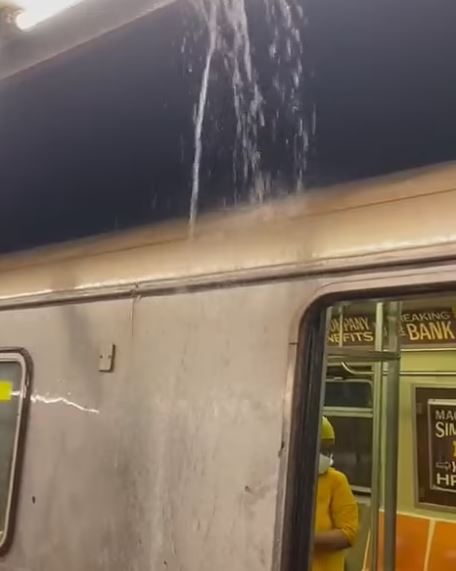 Hurricane Henri continues to head toward southern New England and Long Island threatening the region with up to 80mph winds, a storm surge and drenching rainfall.

It is expected to make landfall midway through Sunday morning as 55million people have been put on alert, with some 400 flights cancelled.

Eversource, who provide power to 1.2 million customers in Connecticut, warned that between 50% and 69% their customers could lose power for between eight and 21 days.

Tropical storm-intensity winds were expected to begin striking the coast at around 8am.

By 2am, Henri was located 135 miles (215 km) south-southeast of Montauk Point on Long Island in New York state.

It was carrying top sustained winds of 75 mph and heading north. Henri was expected to hit Long Island or southern New England.

Henri could produce storm surges – when ocean waters are pushed above their normal level – of 3 to 5 feet (1 to 1.5 meters) in some areas, as well as bringing drenching rainfall, warned the National Hurricane Centre. 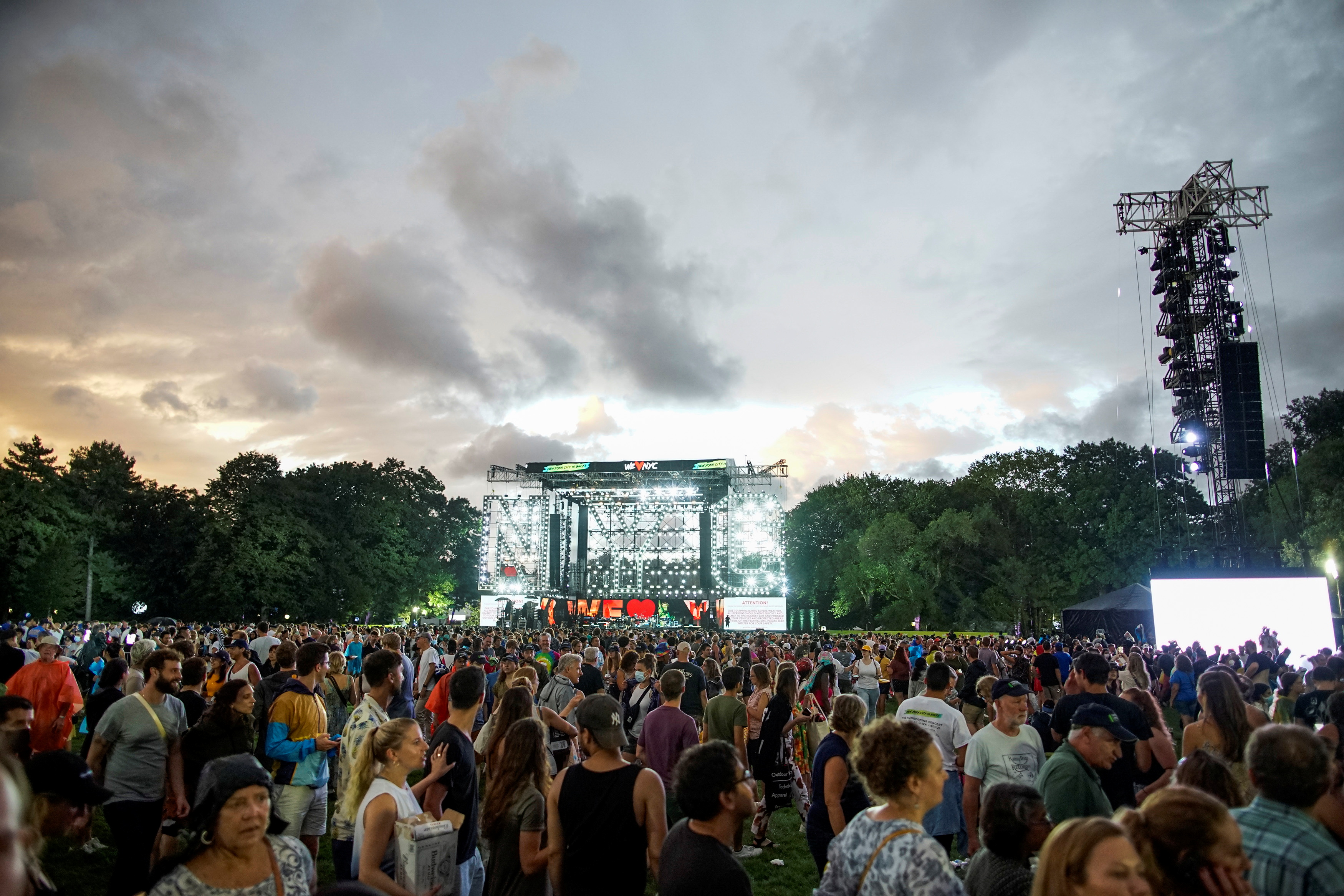 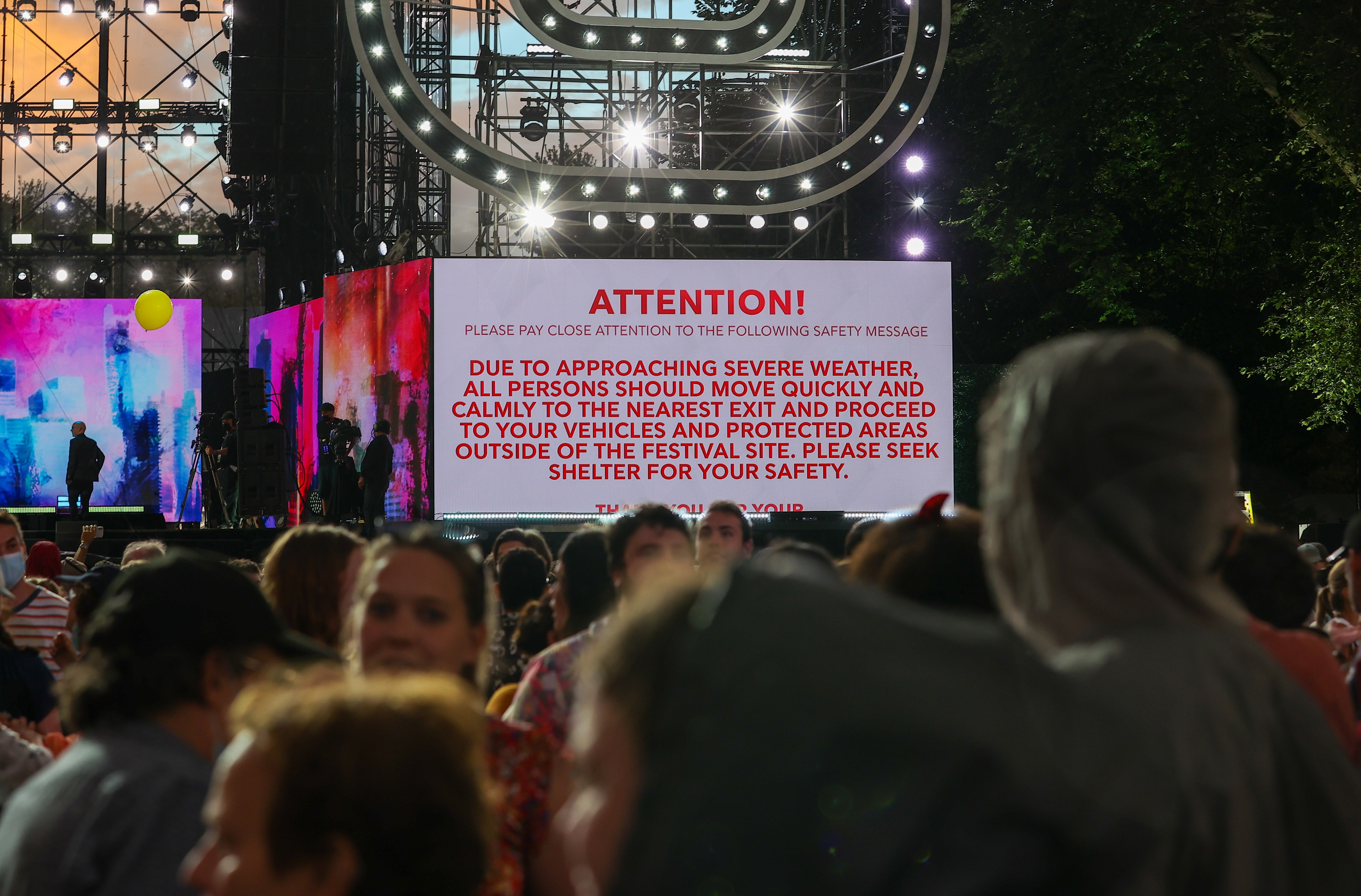 Parts of Long Island and New Haven, Connecticut, were under hurricane and storm surge warnings.

Other parts of New England, such as Martha's Vineyard and Nantucket, were under surge and tropical storm watches and warnings.

Residents across the state have already been stocking up, with pictures showing bare supermarket shelves and long queues at gas stations.

He pleaded with residents to make preparations, warning that heavy rain, winds and storm surges from Henri could be as devastating as Superstorm Sandy in parts of the state.

Gov Cuomo described the storm as "serious as a heart attack" – and urged residents in parts of Long Island to move to higher ground as soon as possible.

At least 500 National Guard troops will be deployed today, and the State Police will have 1,000 staff on duty. 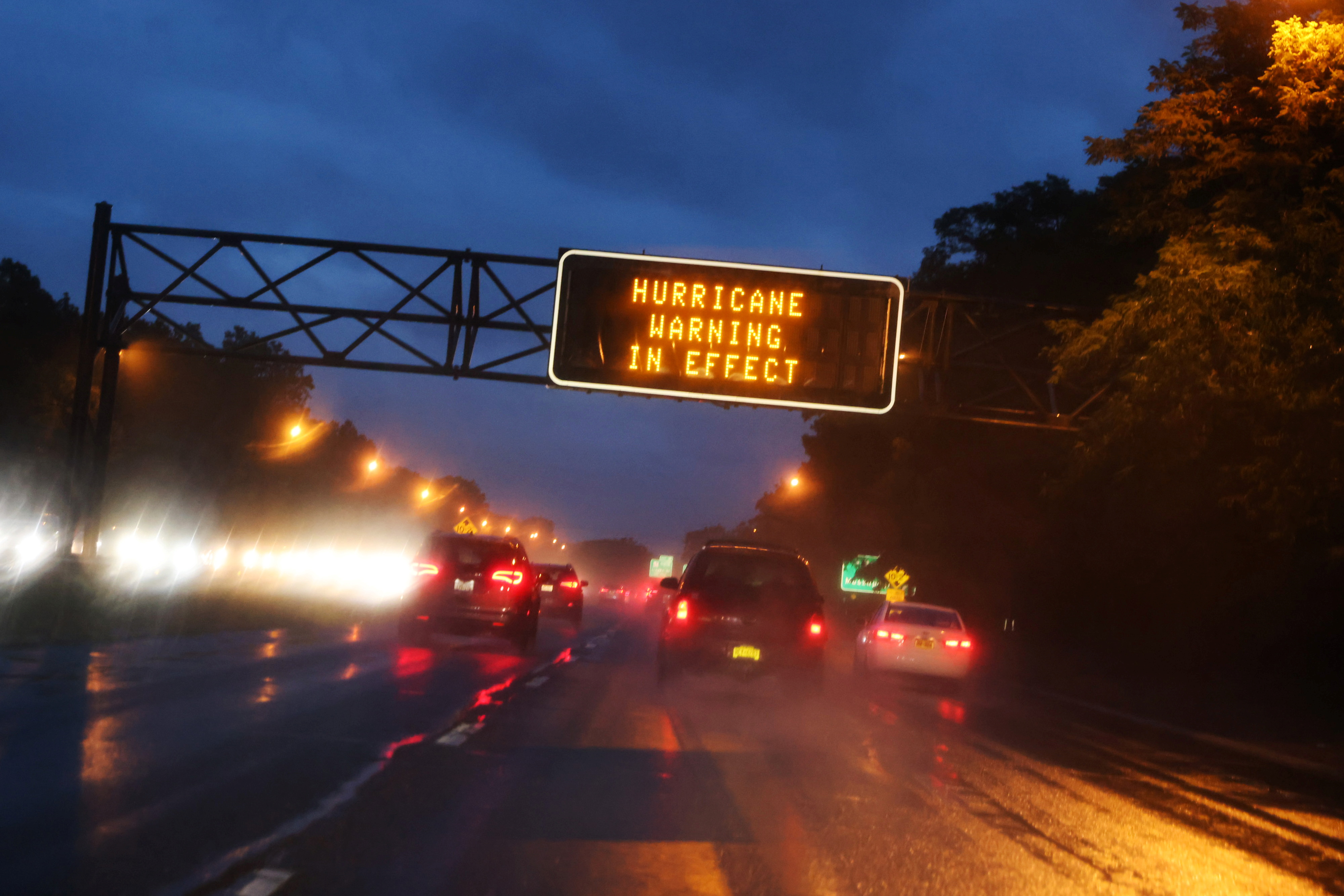 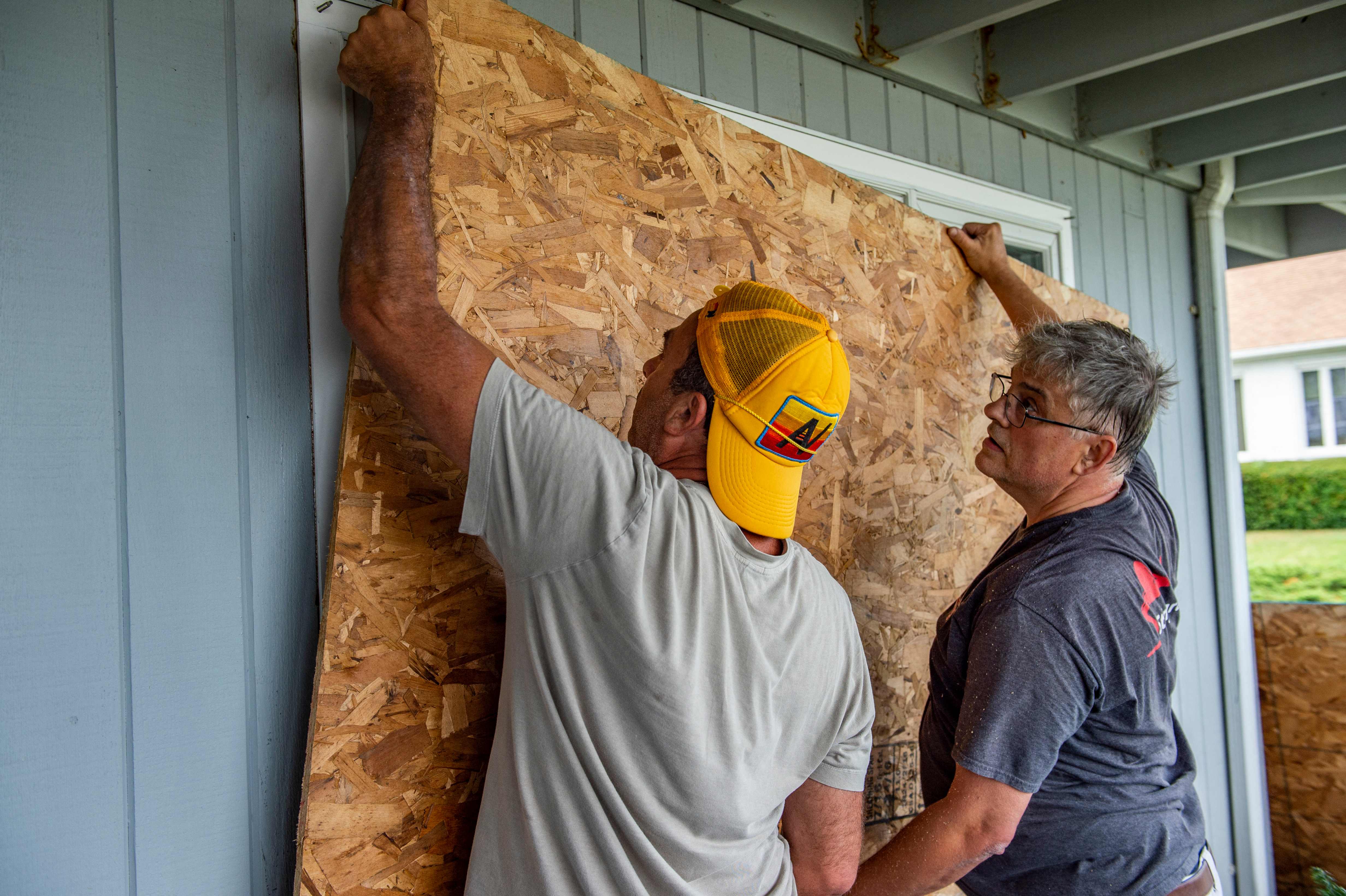 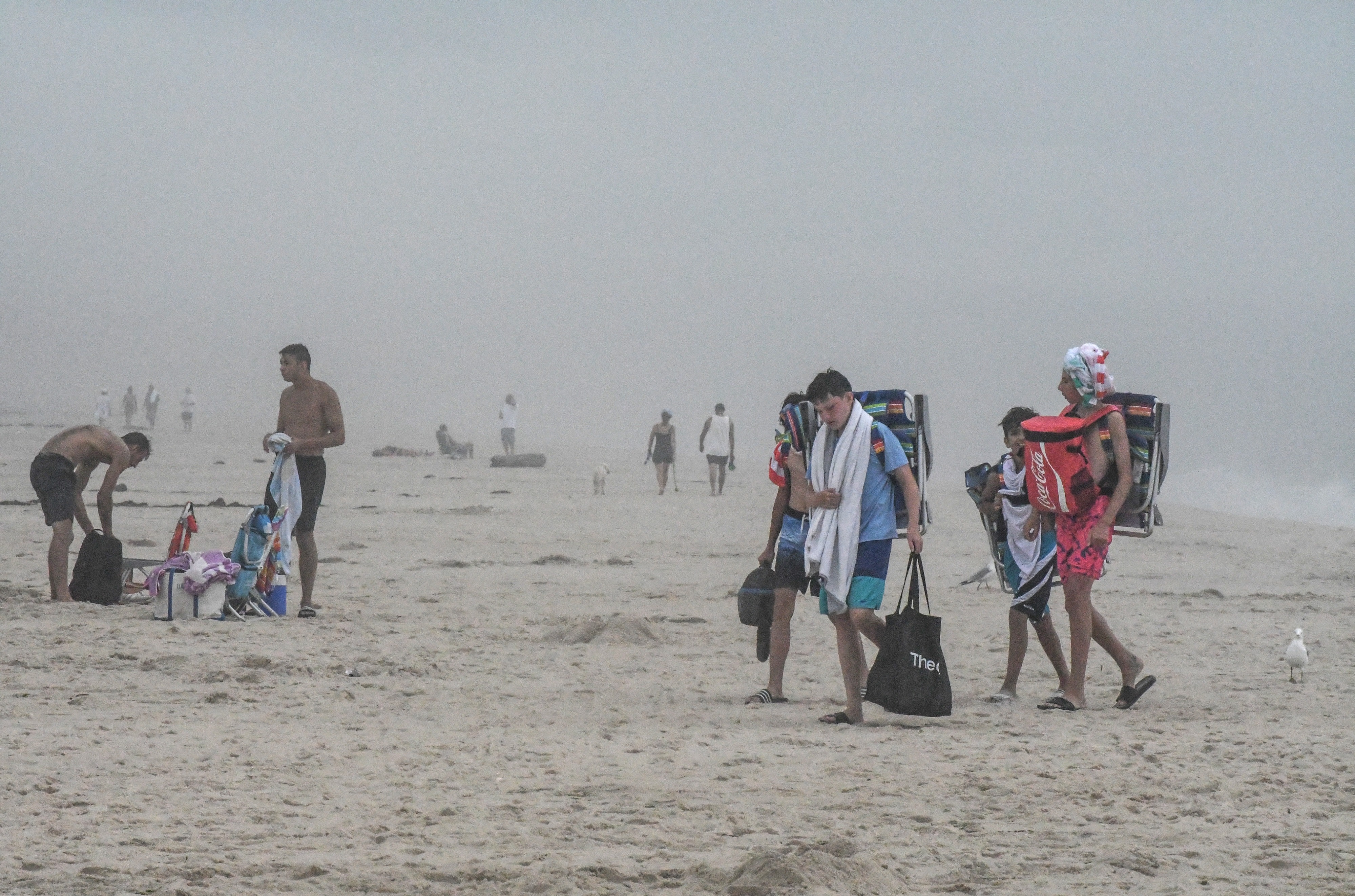 Michael Cinque, the owner of the Amagansett Wine & Spirit, deliberated whether to board up the windows of his store as shoppers streamed in and left with bottles of tequila, vodka and expensive liquors.

"You always have to be prepared," said Cinque, who has owned the store for 42 years and also volunteers as an emergency responder. "You have to take it seriously."

Officials on Fire Island off the south coast of Long Island told residents and visitors to leave or face the potential of getting stuck on the island.

In Newport, Rhode Island, a coastal yachting community of 25,000 people, sump pumps, flashlights and generators were also in high demand.

Several airlines issued travel alerts and were offering vouchers for tickets on flights in and out of the region over the weekend. The Long Island Rail Road and Metro-North Railroad were suspending Sunday service while Boston's public transportation system said it was reducing service for Sunday.