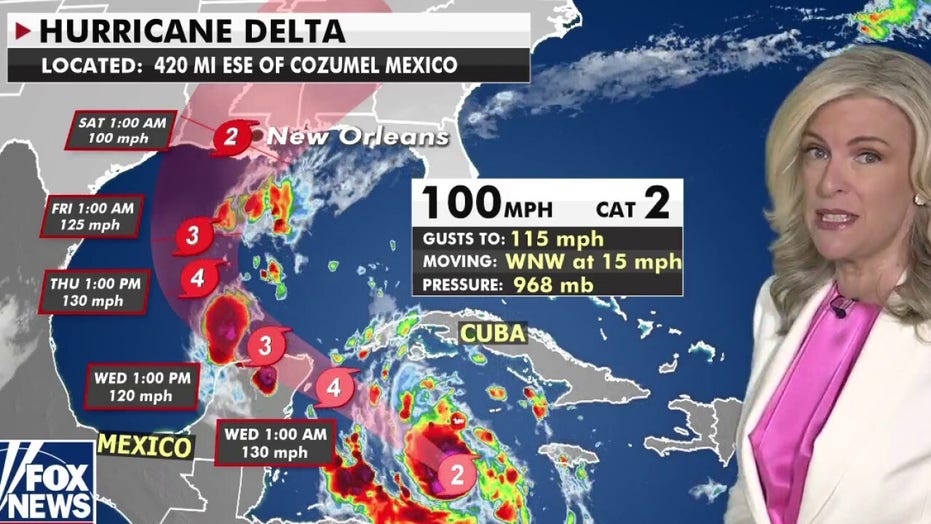 Janice Dean has your FoxCast.

A rapidly strengthening Hurricane Delta is taking aim at the resort hotspot of Mexico's northeastern Yucatan Peninsula before targeting the U.S. Gulf Coast later this week.

The U.S. National Hurricane Center in Miami said Tuesday morning that Hurricane Delta is now a Category 2 storm, packing maximum sustained winds of 110 mph as it is located 370 miles east-southeast of Cozumel moving west-northwest at 15 mph.

The storm rapidly intensified overnight from having 80 mph winds into a Category 2 hurricane with 110 mph gales and is expected to strengthen even further as it moves north into the Gulf of Mexico. 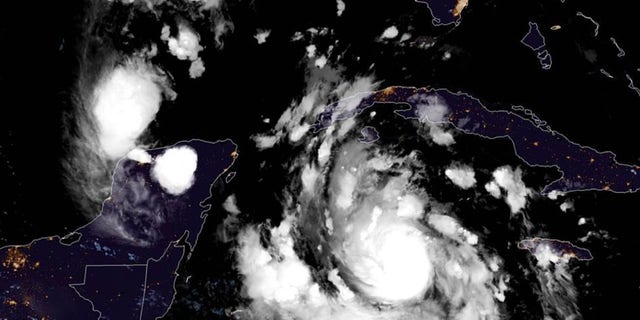 Hurricane Delta, strengthening as it takes aim at Mexico’s Yucatan Peninsula, can be seen on satellite Oct. 6, 2020.
(NOAA/GOES-East)

Delta is expected to become a major hurricane — Category 3 or higher –  by the time it reaches the Yucatan Peninsula on Wednesday and remain a powerful storm over the Gulf of Mexico through at least Thursday. 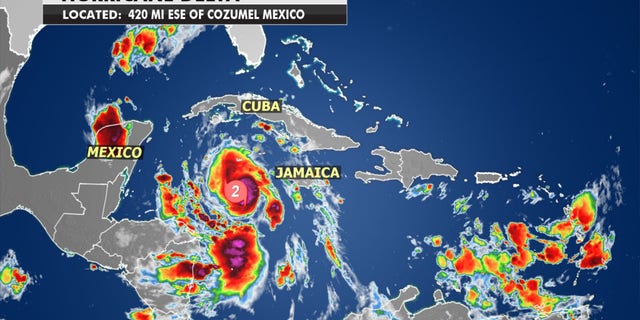 Hurricane Delta is strengthening over the Caribbean Sea on Tuesday, Oct. 6, 2020.
(Fox News)

Data from a U.S. Air Force Reserve Hurricane Hunter aircraft indicate that Delta will continue to strengthen as its forward speed increases, the NHC said.

HOW STRONG CAN HURRICANES GET? HERE'S A BREAKDOWN OF CATEGORIES AND THE SAFFIR-SIMPSON WIND SCALE

Forecasters from the NHC noted that Delta is expected to reach a Category 4 storm while in the Gulf of Mexico.

The brunt of the storm is expected to arrive along the northern Yucatan Peninsula starting Tuesday night, with a hurricane warning in effect for Tulum and Cozumel, resorts still being soaked by the remnants of Tropical Storm Gamma. 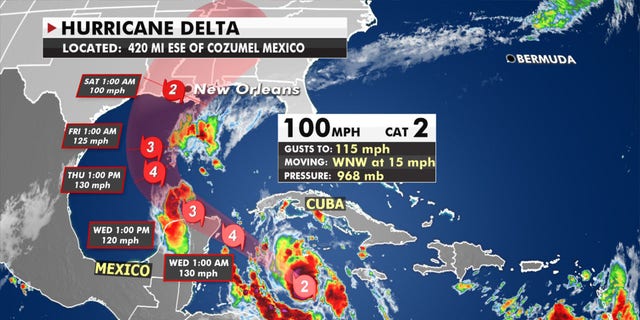 The NHC is warning of an extremely dangerous storm surge raising water levels by as much as 6 to 9 feet, accompanied by large and dangerous waves and flash flooding inland.

Delta “presents an important danger for the coastal regions” because of the storm surge in the lower parts of Quintana Roo, such as the resorts of Cancun, Holbox island or Isla Mujeres, Jorge Zavala, head of Mexico’s meteorological service, said in a press conference late Monday. The area is still feeling impacts from Tropical Storm Gamma. 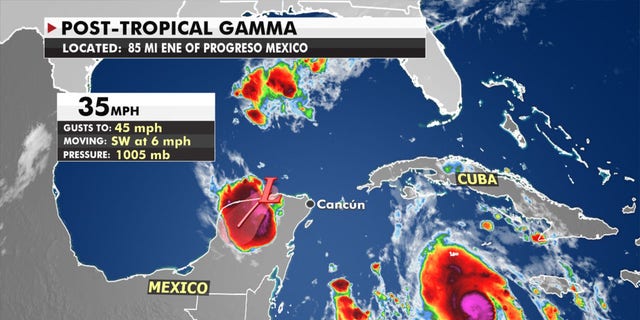 Once Delta moves through Mexico, the storm is expected to curve in the Gulf of Mexico and take aim around Friday on the U.S. Gulf Coast.

Energy companies were also taking precautions on oil rigs, pulling nonessential workers from platforms on Monday in preparation for the storm's arrival.

Right now, it appears Louisiana will take the brunt of the worst of the impacts from this storm, but everyone along the coast needs to pay attention to the path of Delta. 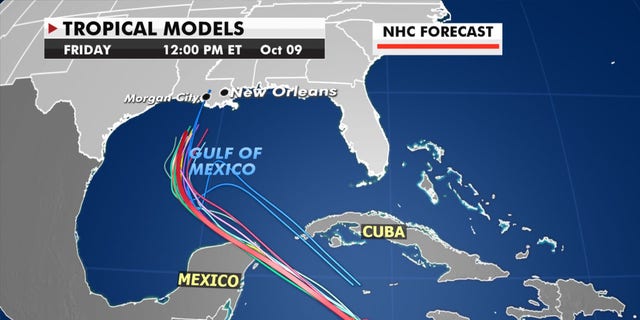 As the storm gets closer to the U.S., the potential for heavy rain and flash flooding will extend from the Gulf Coast to the Tennessee River Valley and across the Southeast. 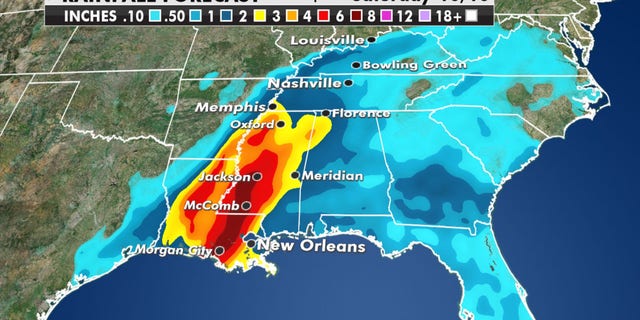 Heavy rain and a flash flooding threat are possible into the weekend as Hurricane Delta approaches the Gulf Coast of the U.S.
(Fox News)

If the storm makes landfall in the U.S., it would be the 10th storm to do so this season, which could break the record for storms to directly strike the continental U.S.

Delta is the 25th named storm in the 2020 Atlantic hurricane season, setting yet another record. The previous record for the earliest 25th Atlantic named storm is Nov. 15, 2005, according to Colorado State University hurricane research scientist Phil Klotzbach.

That's far above an average year. Based on 1981-to-2010 data, that is 12 named storms, six hurricanes and three major hurricanes.

So far this year, there have been 25 named storms, including eight hurricanes and of those, two major hurricanes. Delta would be the third major storm.

With weeks to go until the season officially ends, the 2020 season could set the record for most named storms.

Fox News' Brandon Noriega and the Associated Press contributed to this report.