Hundreds of walk-in vaccination sites including stadiums and shopping centres will be open in England this weekend in a drive to have people jabbed as Covid-19 cases continue to rise. 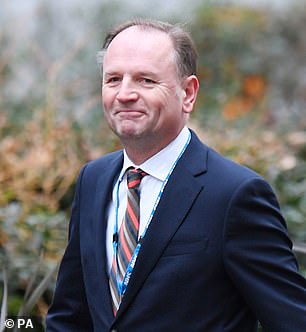 NHS England chief executive Sir Simon Stevens said the country was in a ‘race to the finish line’ in its vaccination programme as summer freedoms loom.

Any adult in England will be able to be vaccinated this weekend without an appointment at hundreds of walk-in Covid-19 vaccination sites including football stadiums, theatres, supermarket car parks and shopping centres.

The NHS will publicise the sites locally so people can choose the best location for them, or they can type in their postcode at nhs.uk/grab-a-jab to find their nearest sites. 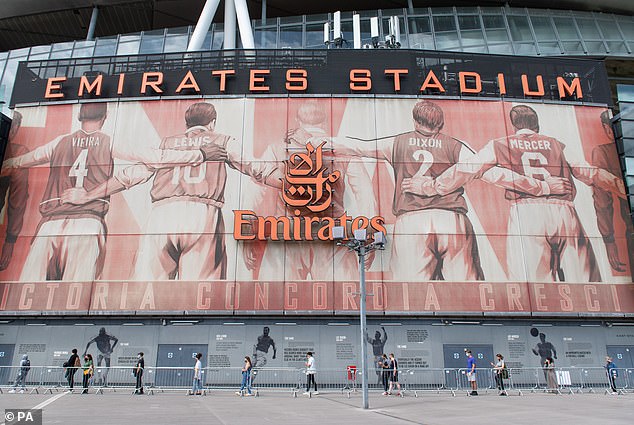 Any adult in England will be able to be vaccinated this weekend without an appointment at hundreds of walk-in Covid-19 vaccination sites including football stadiums, theatres, supermarket car parks and shopping centres. Pictured: Arsenal’s Emirates Stadium 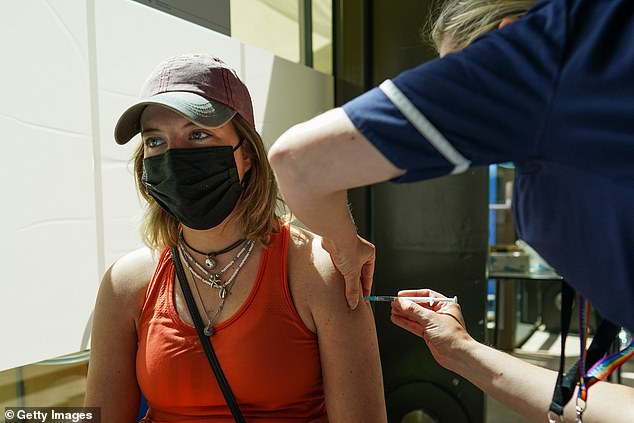 The NHS will publicise the sites locally so people can choose the best location for them, or they can type in their postcode at nhs.uk/grab-a-jab to find their nearest sites 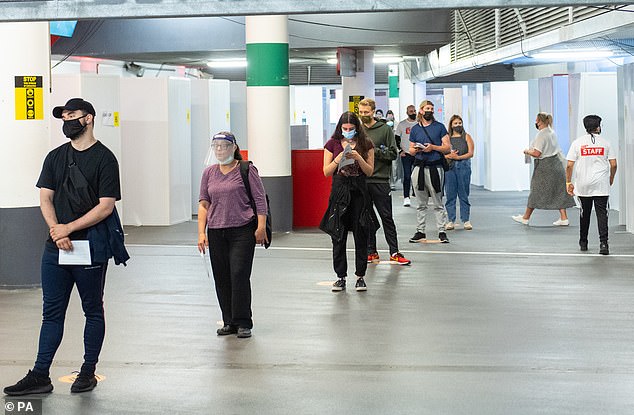 Buses offering jabs will also operate in Dudley, Colchester, Ipswich and elsewhere, while community vaccinators will visit the housebound.

Sir Simon said: ‘With more than 63 million jabs already delivered by the NHS in England, we’re now in a race to the finish line, and with this new online service, it is easier than ever to find a convenient place to get your vaccine.

‘With every jab give, we are one step closer to our summer freedoms.’

The Government has set a target of July 19 for offering a first dose to all adults – the date when the final stage of lockdown easing is scheduled to go ahead.

Looking ahead to the date, former health secretary Jeremy Hunt told The Times: ‘I think it’s hard to describe the lifting of restrictions, after the year we’ve been through, as anything other than a joyous moment of celebration.’

Vaccines Minister Nadhim Zahawi and London Mayor Sadiq Khan joined a London vaccine summit on Friday in a bid to boost jab uptake in the capital, which lags behind the rest of England. 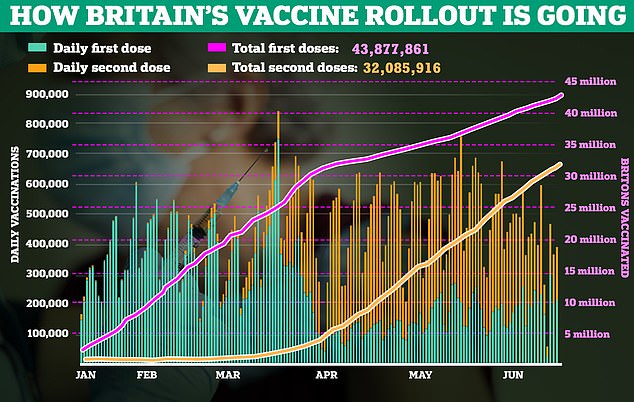 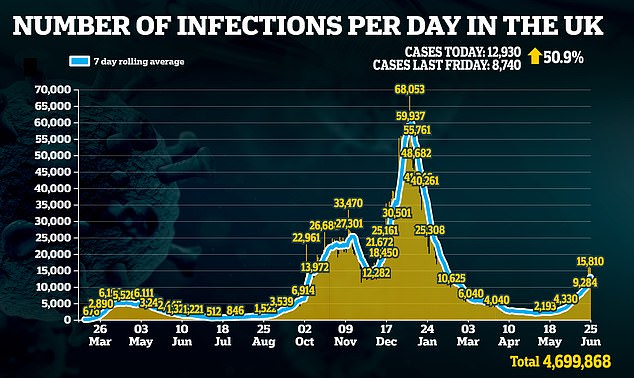 The Department of Health said another 15,810 cases had been recorded across the UK in the past 24 hours, which was up 50.9 per cent on the number last Friday 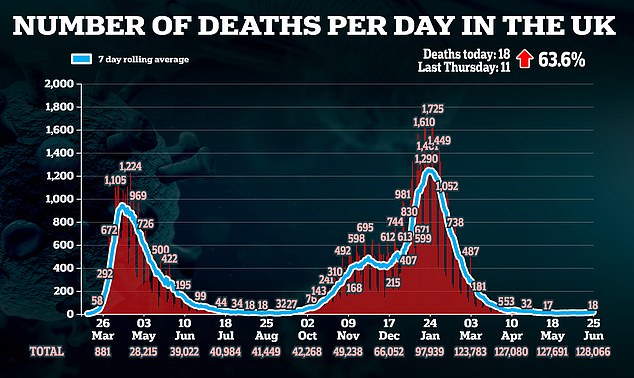 There were also another 18 deaths registered yesterday, an increase of 63 per cent compared to a week ago. The average number of people dying each day with the disease has been nudged up to 16 this week after stagnating for more than a month

Data shows that an estimated 83.1% of over-50s in London had received both doses of vaccine by June 20.

But all other regions across the country are above 90%, according to the figures published by NHS England.

Analysis by the PA news agency shows that the top 19 local authority areas in England with the lowest proportion of fully vaccinated adults aged 50 and over are all in London.

Mr Khan warned the reopening next month could be at risk unless enough people are vaccinated.

He said: ‘Unless sufficient numbers of Londoners have the jab it makes it more likely that we won’t be able to fully reopen on July 19.

‘I’m determined to have not only as many Londoners fully protected but for us to reopen on July 19.’

Meanwhile, calls are mounting for full audiences to be allowed back at live events after a pilot scheme exploring the impact of large-scale events on Covid-19 transmission found ‘no substantial outbreaks’.

The Events Research Programme (ERP), commissioned by the Prime Minister in February, saw 58,000 participants attend indoor and outdoor venues across the country, and the delayed report revealed 28 associated positive cases of Covid-19.

Industry leaders said the results should pave the way for a ‘full reopening’ of the entertainment industry next month.

A total of 64,089,251 Covid-19 vaccinations had taken place in England between December 8 and June 25, according to NHS England data, including first and second doses, which is a rise of 310,890 on the previous day.