Done with this ship: Huge vessel blocking Suez Canal ‘refloated’— all thanks to the supermoon

After working for almost a week to free the massive, stuck Ever Given, salvage experts accomplished the monumental task Monday — using loads of elbow grease and help from the peak of high tide.

A flotilla of ten tugboats finally wrenched the bulbous bow of the Empire State Building-sized container ship from the canal’s sandy bank, where it had been firmly stuck since March 23.

The boats had pushed and pulled the vessel for five days after dredgers vacuumed up sand and mud from its bow.

The breakthrough early Monday followed what appeared to be a setback when the Japanese-owned ship had temporarily settled back into the diagonal position it had been stuck in after running aground.

But aided by a high tide, the tugboats helped pull the vessel out from the side of the canal, straightening its heading as it slowly began to move, The Wall Street Journal reported.

After hauling the Ever Given over the canal bank, the salvagers then pulled her toward the Great Bitter Lake, a wide stretch of water halfway between the north and south end of the canal.

Satellite data from MarineTraffic.com confirmed that the vessel was finally underway — moving away at about 1.5 knots from the shoreline toward the center of the vital global artery.

“We pulled it off!” said Peter Berdowski, CEO of Boskalis, the salvage company hired to dislodge the 200,000-ton behemoth, which, at 1,200 feet, is the length of four football fields.

“I am excited to announce that our team of experts, working in close collaboration with the Suez Canal Authority, successfully refloated the Ever Given … thereby making free passage through the Suez Canal possible again,” he added in a statement.

The ship, however, is now expected to undergo a technical inspection before resuming its delayed voyage, canal authorities said.

It is unclear whether the ship, which is hauling goods from Asia to Europe, will continue to its original destination of Rotterdam or if it will have to enter another port for repairs from the major mishap.

It also remained unclear when the canal will be reopened to traffic, including the roughly 365 ships that have been stuck behind the mammoth vessel during the chaotic week.

The logjam had created a massive traffic jam in the vital waterway, holding up $9 billion each day in global trade and straining supply chains already burdened by the COVID-19 pandemic.

Data firm Refinitiv estimated it could take more than 10 days to clear the flotilla.

Egyptian TV images showed tugboats blaring their horns as they towed the vessel.

“Admiral Osama Rabie, the Chairman of the Suez Canal Authority (SCA), announces the resumption of maritime traffic in the Suez Canal after the Authority successfully rescues and floats the giant Panamanian container ship EVER GIVEN,” a statement from the SCA said. 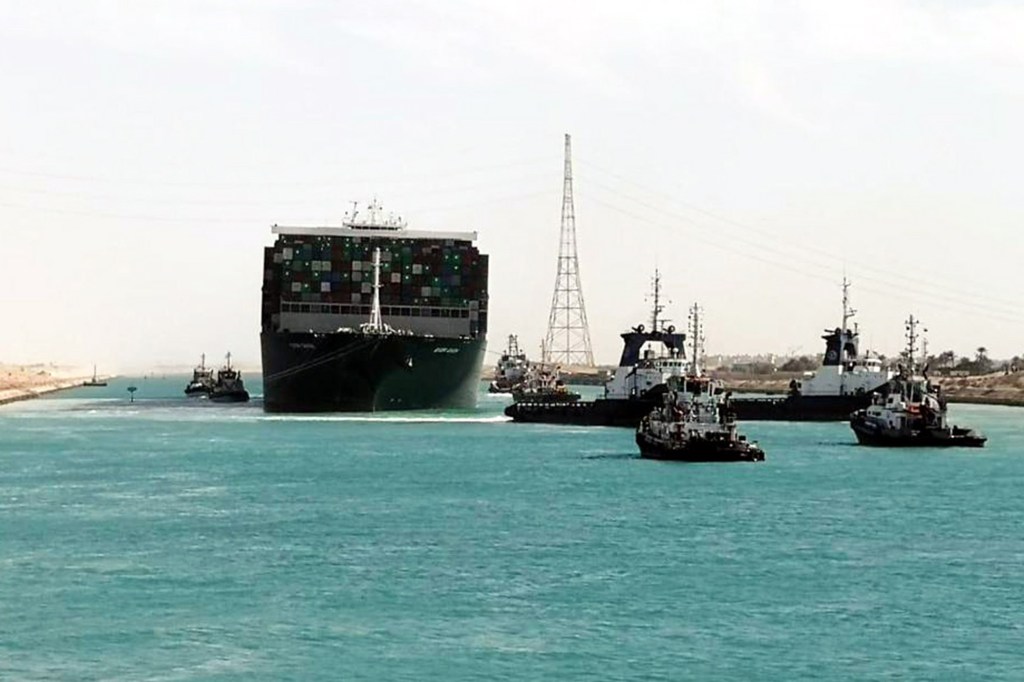 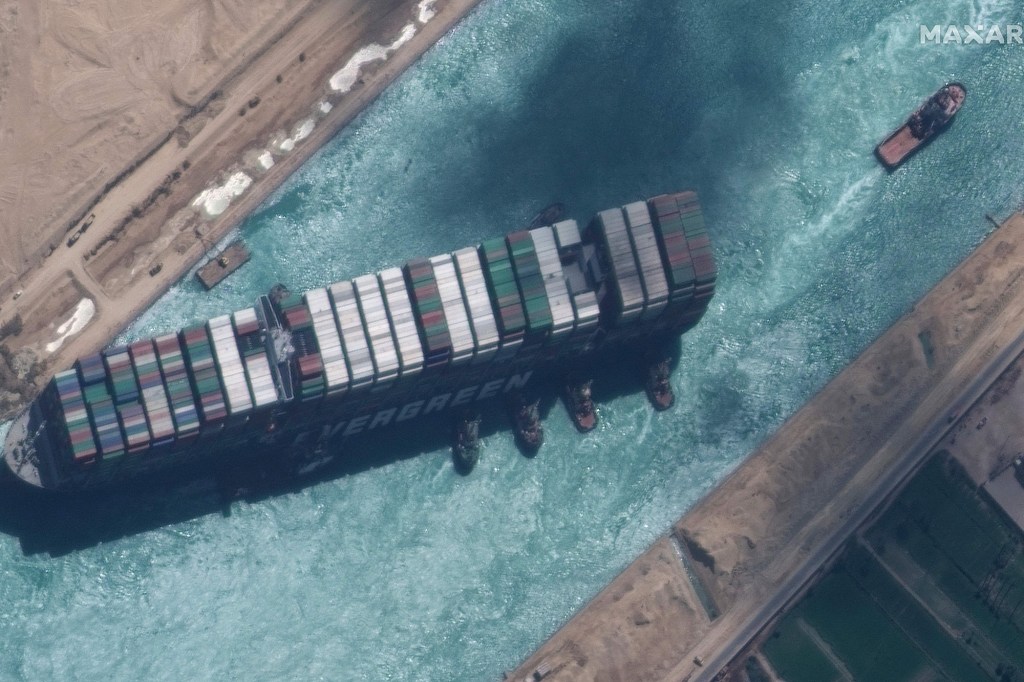