Home » World News » Horror moment TikToker, 21, repeatedly begs maskless man to stop following her – but he refuses until she talks to him

A TIKTOKER uploaded frightening videos over the weekend featuring a maskless man following her as she continuously begged him to leave her alone.

The young woman, 21, shared two videos on social media of a man who she said was "stalking" her and who she kept asking to leave her alone. 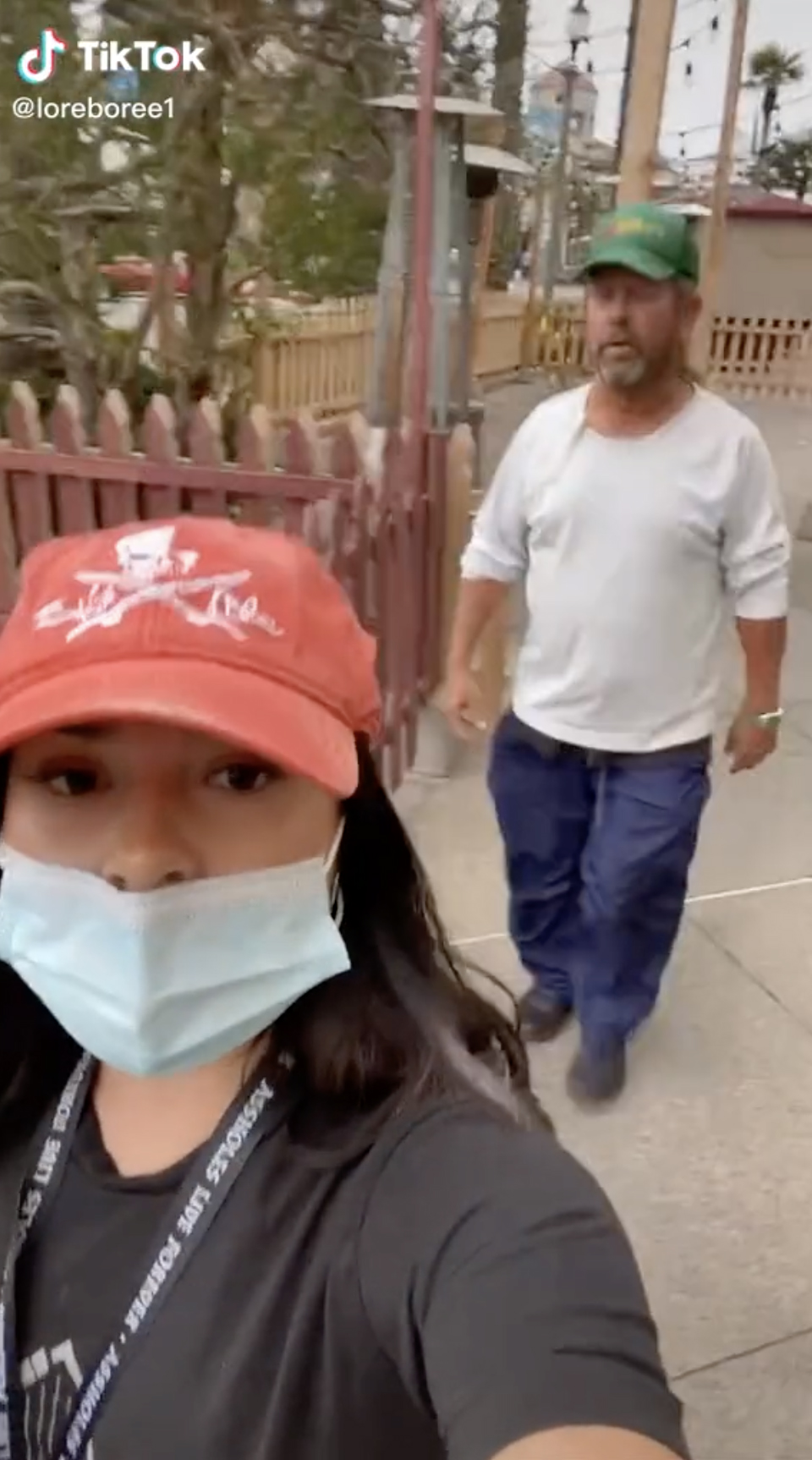 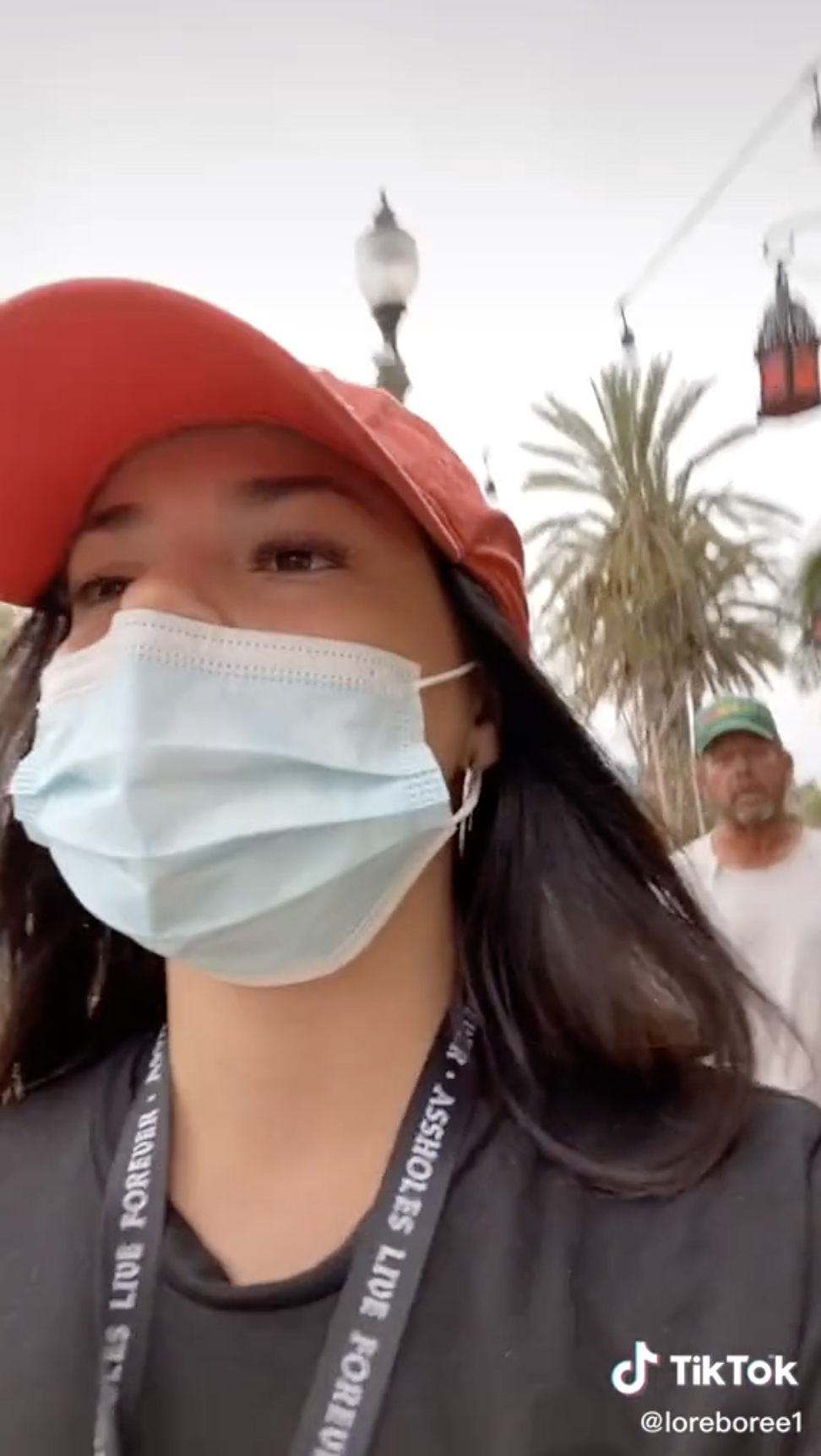 The TikTok videos seemingly began after the man aggressively followed her for a bit, telling her: “Just talk to me for two minutes and I'll leave you alone.”

“I don't want to ever talk to you,” the woman states in a terrified tone while attempting to walk away from the man.

The woman, walking in a T-shirt and baseball hat, repeatedly asks the equally casually dressed, unmasked man to go away, but he continues despite her desperate pleas.

As she records the man, he says, “That's OK, I don't care, you can record me all you want,” clearly unmoved by her concern. 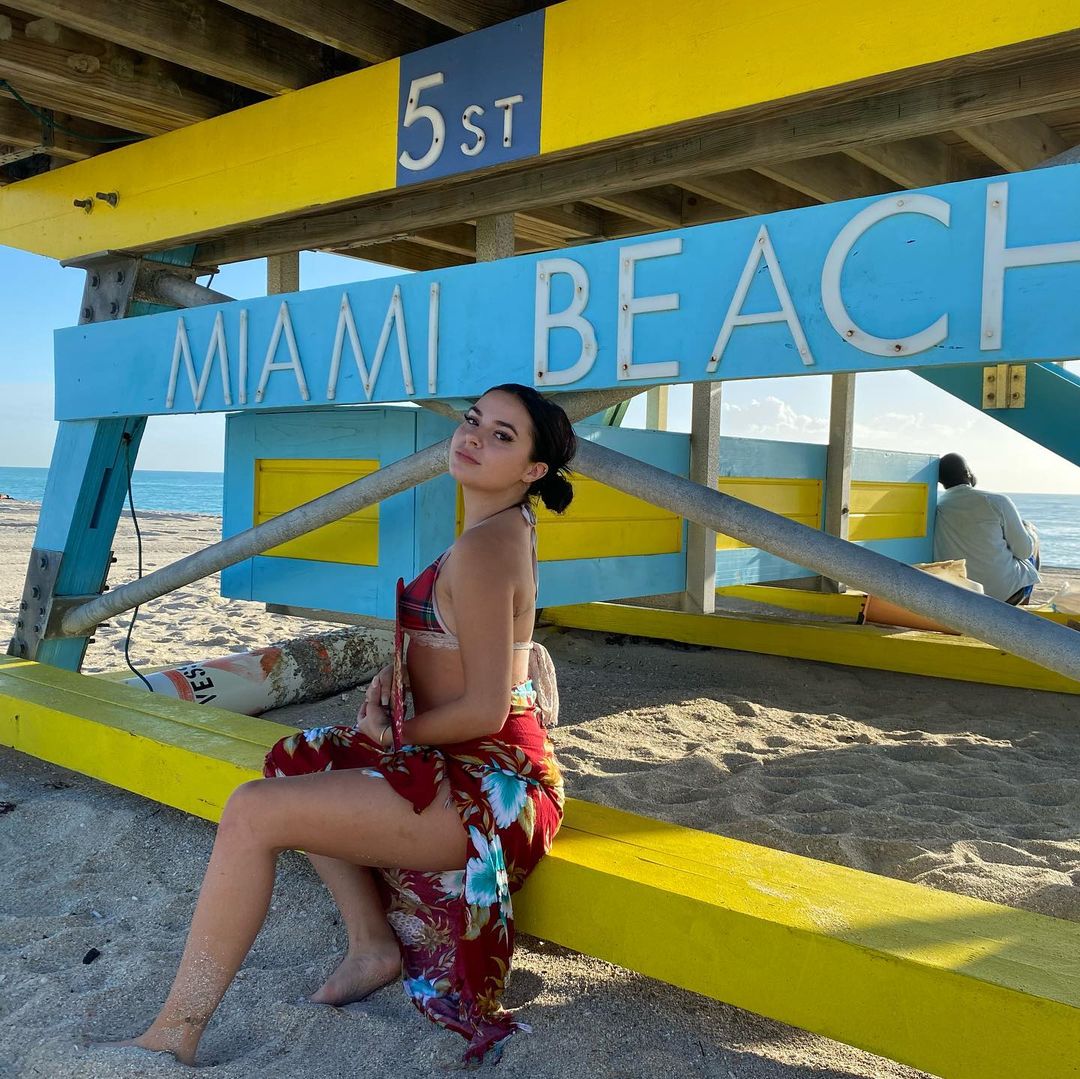 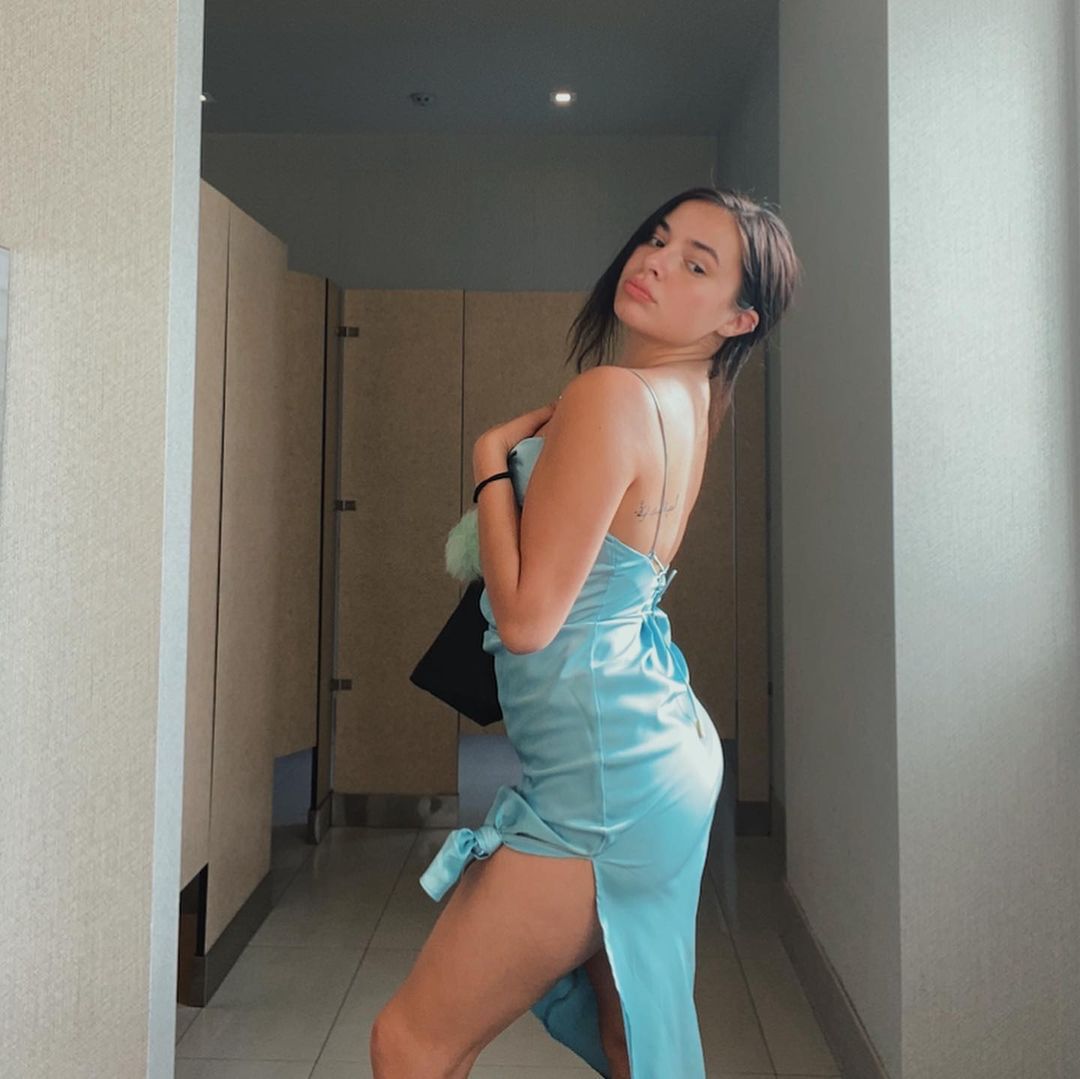 “'I don't want proof of this, please leave me alone,” the young woman states.

The ordeal lasts long enough for the woman to have two videos worth of footage to upload to the popular video platform.

At one point, the woman turns to the man following her and yells at him to leave her alone, but he is undeterred. 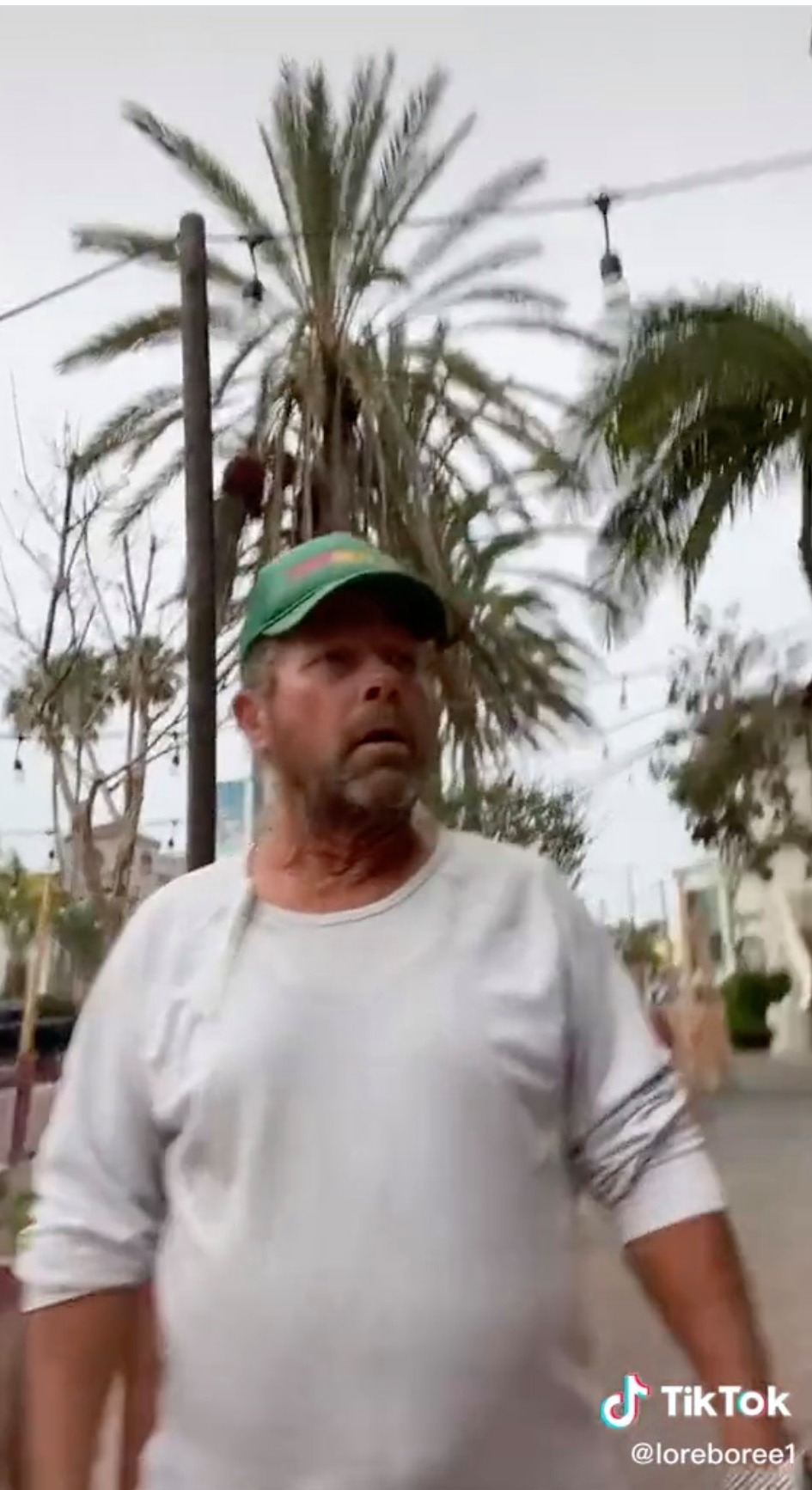 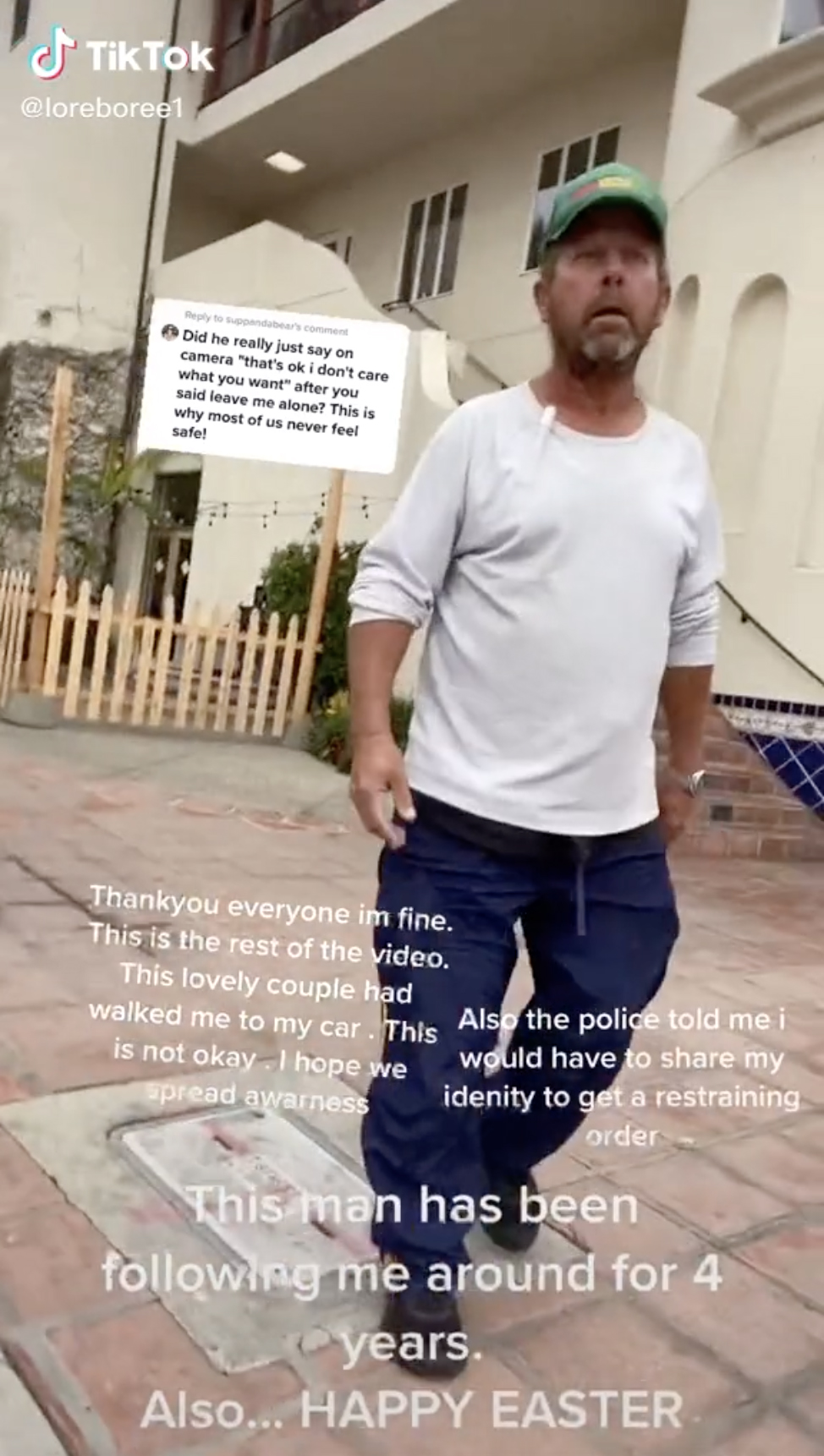 As the ordeal continues, the woman exclaims, “Please, I can't live here anymore because you stalked me. That's why I moved.”

The man then says “I don’t” before continuing his pursuit.

In text accompanying one video, the woman explains that the man has followed her for four years.

She notes that she hasn't taken out a restraining order because she was told by the police she would need to share her identity as part of the process.

As part of the order, the man would have access to her name and address.

At one point, the woman pleads with her pursuer to “stop stalking me!” and says, “I don't want to ever hear you or see you. Please, God bless you, but please leave me alone.” 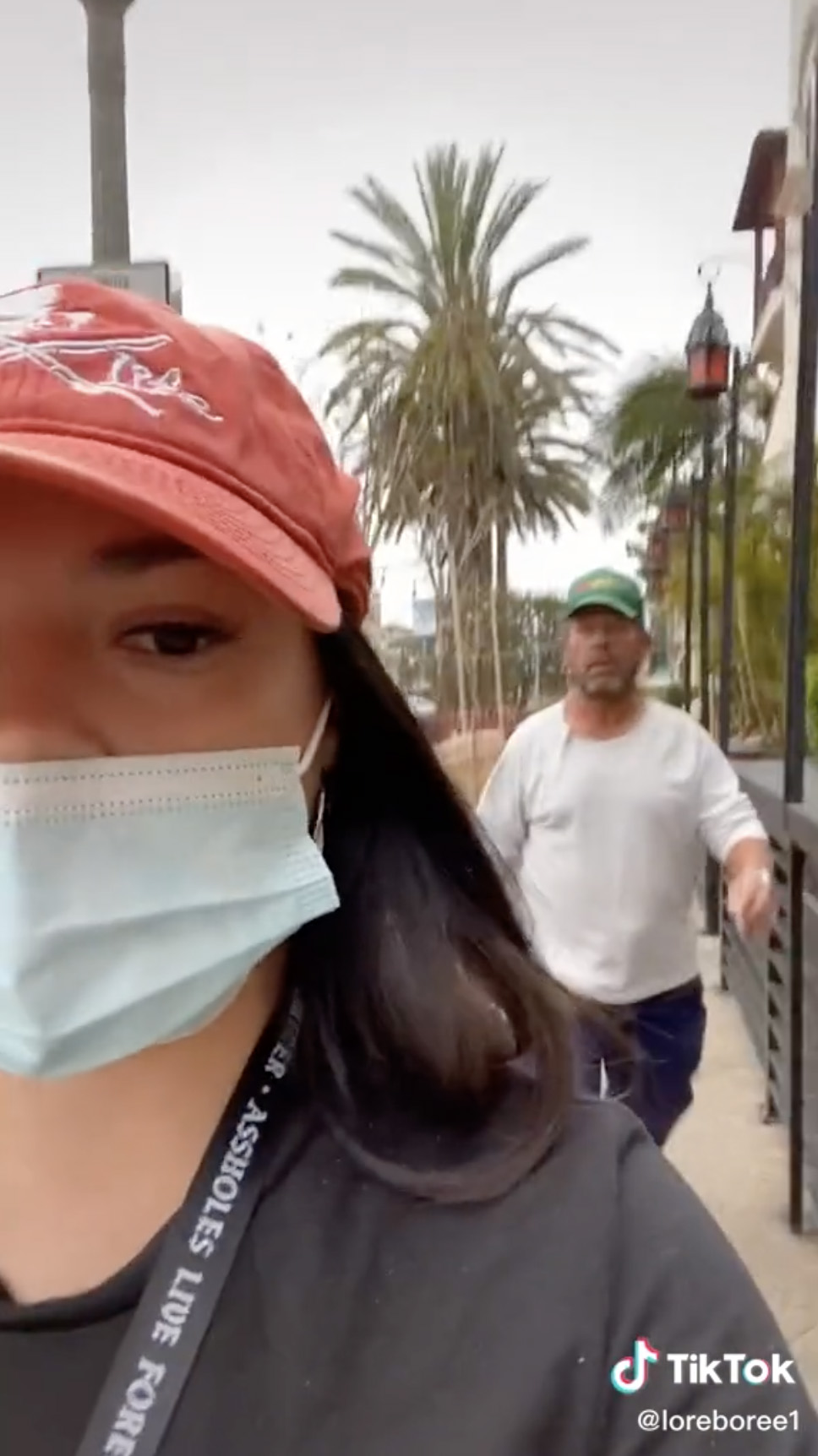 Although the TikTok user is seemingly alone on the street as she is being followed, she notes in the text of one video that a “lovely couple” eventually walked her to her car.

While this incident may have ended safely, the woman writes over one video, “This man has been following me around for four years.”

“This is not okay,” the young woman writes. “I hope we spread awareness."