Russian President Putin is pushing ahead with sham referendums in four Russian-held areas of Ukraine. The referendums, widely condemned by the West as illegitimate and a precursor to annexation, will be held in Luhansk, Donetsk, Zaporizhzhia and Kherson and will run between Friday and Tuesday. The move is seen as a challenge to the West and has the potential to seriously escalate the war. The votes come after Putin announced a partial mobilisation of Russian troops which will officially attempt to conscript 300,000 soldiers, with fears a classified paragraph in the decree could mean up to one million will be drafted. 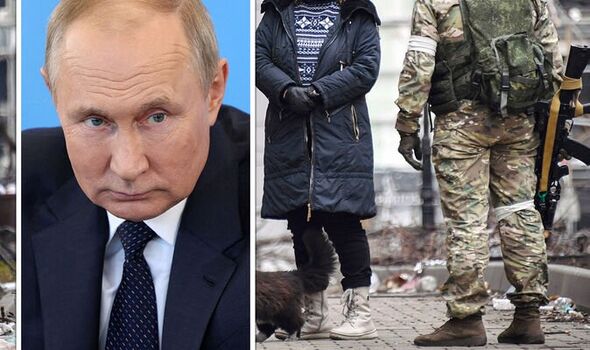 Voting has now started in Zaporizhzhia, a Russian-held region in eastern Ukraine.

The Kremlin is expected to use the vote to justify the annexation of four regions including Zaporizhzhia, Kherson, Luhansk and Donetsk.

Vladimir Rogov, an official in the Russian-backed administration of that region, said: “Voting has started in the referendum on Zaporizhzhia region becoming a part of Russia as a constituent entity of the Russian Federation! We are coming home! Godspeed, friends!”

Good morning from London. I’m Tara Fair, I’ll be bringing you all the latest developments on the war in Ukraine. Please feel free to get in touch with me as I work if you have a story or tips to share! Your thoughts are always welcome.