HONG KONG (Reuters) – Hong Kong is gearing up for further protests this week after hundreds of thousands of anti-government demonstrators braved heavy rain to rally peacefully on Sunday, marking a change to what have often been violent clashes. 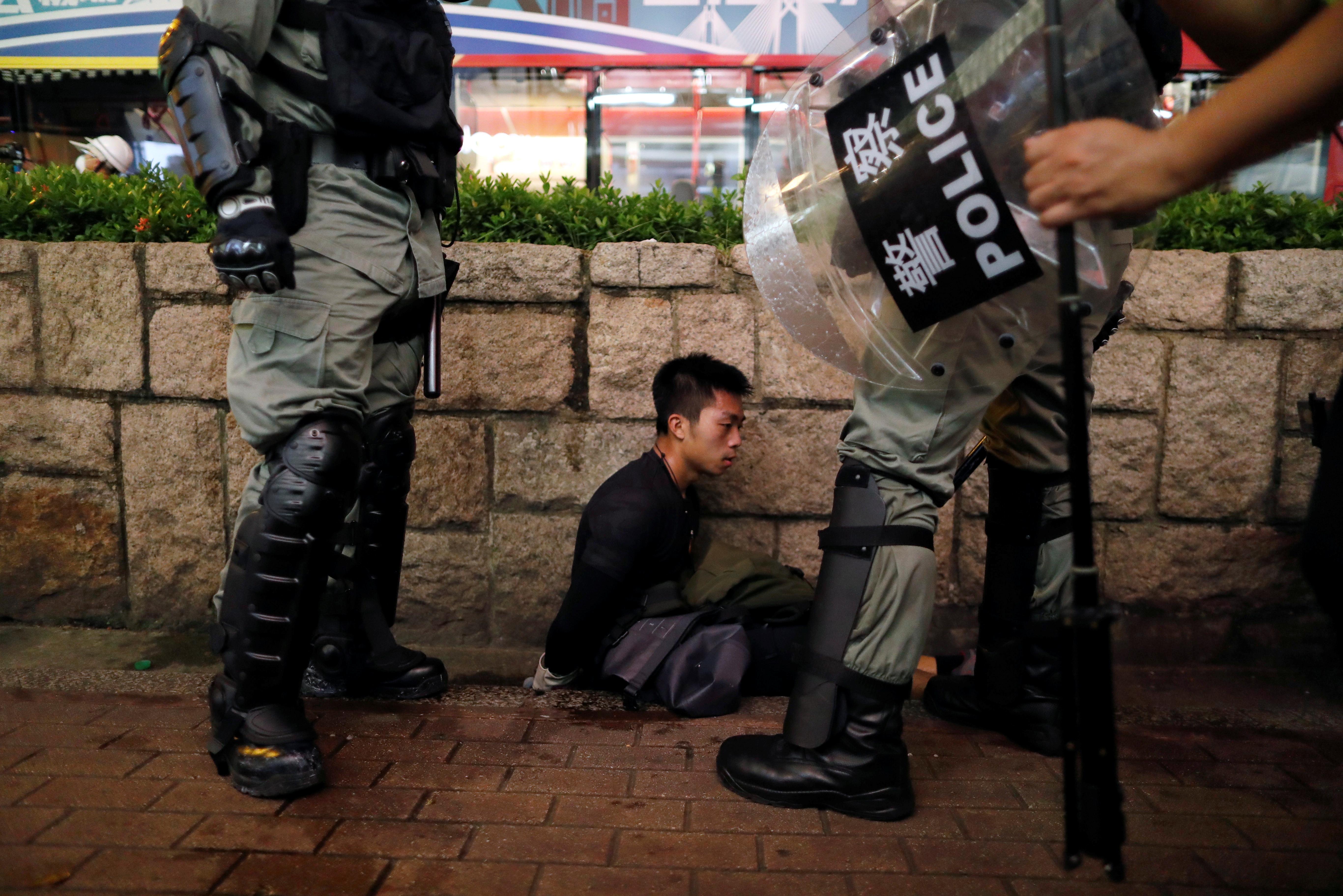 Some activists had apologized for the airport turmoil and on Sunday night protesters could be seen urging others to go home peacefully.

Police said on Monday that while Sunday’s demonstration was mostly peaceful, there were breaches of the peace in the evening when some protesters defaced public buildings and aimed laser beams at officers.

It was a far cry from the violent clashes between protesters and riot police throughout the summer, with activists storming the legislature and targeting China’s main Liaison Office in the city. The weekend was also noteworthy for a lack of tear gas use by police.

The protests, which have presented one of the biggest challenges for Chinese President Xi Jinping since he came to power in 2012, began in June as opposition to a now-suspended bill that would allow suspects to be extradited to mainland China for trial in Communist Party-controlled courts. They have since swelled into wider calls for democracy.

Hong Kong returned from British to Chinese rule in 1997 under a “one country, two systems” formula that promised wide-ranging freedoms denied to citizens in mainland China, including an independent judiciary, but many in the city believe Beijing has been eroding those freedoms.

Aside from Lam’s resignation, demonstrators have five demands – complete withdrawal of the extradition bill, a halt to descriptions of the protests as “rioting”, a waiver of charges against those arrested, an independent inquiry and resumption of political reform.

One protester, speaking at a “citizen’s press conference” on Monday, was asked what path the protests would take now, peaceful or violent.

“We have started our rallies very peacefully but after two and a half months it seems that the Hong Kong government has not responded to our five demands so one thing leads to another and it may cause escalation,” the speaker, named Wang, said.

“If you ask me, I personally hope there will be a quick resolution to this from the government so we don’t have to protest any more.”

On Sunday, protesters spilling out from Victoria Park, the designated rally area on Hong Kong island, streamed onto major thoroughfares toward the city’s financial center, chanting for Beijing-backed leader Carrie Lam to step down.

Police estimated the size of the crowd in Victoria Park at 128,000 at its peak, although that excludes the masses of umbrella-carrying demonstrators who packed the streets.

CHINESE FORCES ACROSS THE BORDER

The Hong Kong government said in a statement on Sunday night it was important to restore social order as soon as possible and that it would begin talks with the public and “rebuild social harmony when everything has calmed down”.

The Global Times, a nationalist Chinese tabloid published by the ruling Communist Party’s official People’s Daily, attributed the change in the character of Sunday’s protest to the presence of Chinese paramilitary forces, which have been conducting exercises in Shenzhen, just across the border from Hong Kong.

“This was widely seen as a stern warning to the violent elements in Hong Kong,” it said, adding that a backlash from Hong Kong residents over last week’s airport occupations was another factor.

The Chinese Communist Party’s official People’s Daily newspaper warned again in an editorial on Monday that hostile foreign influences were inciting the protest movement. Beijing has accused some countries, including the United States, of fomenting unrest.

U.S. President Donald Trump hinted on Sunday that the White House would like to see Beijing resolve the protests before the world’s two largest economies could reach a trade deal.

“I would like to see Hong Kong worked out in a very humanitarian fashion,” Trump said. “I think it would be very good for the trade deal.”

Further demonstrations are planned in coming weeks, including protests planned by Christians and even an accountants’ group.

Police have come under criticism for using increasingly aggressive tactics to break up demonstrations, but there was a minimal police presence on Sunday and no arrests were made. More than 700 people have been arrested since June.

The central government has sought to deepen integration between the mainland and the special administrative regions of Hong Kong and nearby Macau, a former Portuguese-run enclave which returned to China in 1999. The State Council called on Monday for greater development of the so-called Greater Bay Area and to enrich the “one country, two systems” policy. 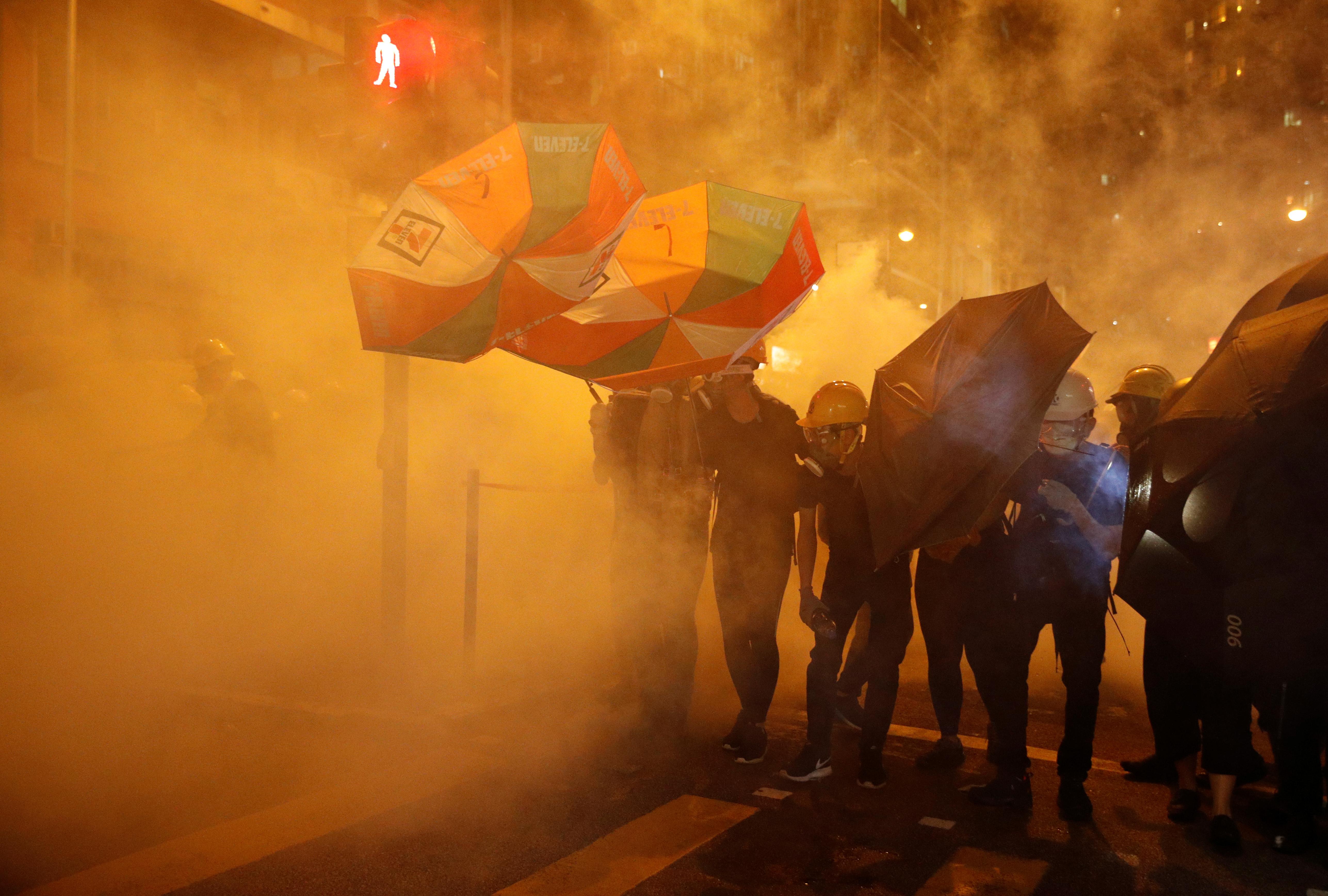 Hogg’s sudden departure was announced by Chinese state television on Friday and was seen as a signal to other multinationals, such as HSBC Holdings (HSBA.L) and Jardine Matheson Holdings (JARD.SI), to support Beijing.

Shares in Cathay rose more than 2% early on Monday before paring gains to be down 0.6%. Jeffries analysts wrote in a note on Monday that it maintained its “buy” rating on Cathay and that it expected the company to remain profitable.

The television sitcom The Office often cashes in on uncomfortable humor. Fans adore the painfully relatable characters and the consistently

Dwayne Johnson Releases Video Asking 'Where Is Our Leader?'