Mourners travelling as part of the motorcade for the funeral of singer-songwriter Archie Roach are planning to contest fines of $462 each for running a red light during the procession.

Those involved in the funeral cortege say some motorbikes escorting the hearse had stopped traffic at the intersection of Fitzroy Street and Princess Street in St Kilda, allowing the procession to continue as a group, when they were captured on a fixed red-light camera. 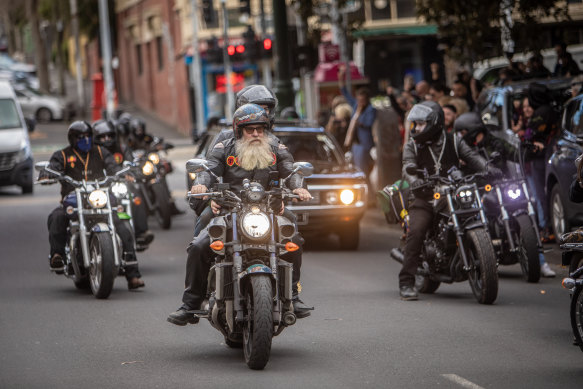 Those who have received fines include the driver of the 1972 Chrysler Valiant hearse carrying Roach’s body back to Country and members of the Southern Warriors Aboriginal Motorcycle Club who were escorting the vehicle on its journey.

Fines were issued to seven of the 30 in the group that travelled through the St Kilda intersection at about 10.30am on August 22, when the funeral procession was en route to its next destination at Cleve Gardens, 800 metres away, which was a key meeting place for Roach.

When contacted about the matter, a Victoria Police spokesperson said disobeying red light signals posed significant safety risks to both drivers and other road users and was therefore considered a serious traffic offence.

The spokesperson said police would only ever consider overlooking such an offence in emergency situations. Even then, they said, there would be a rigorous review process.

“Seven infringements were issued for disobeying a traffic control signal in relation to this matter. Victoria Police reviewed three of these infringements at the drivers’ request, however these were denied due to the seriousness of the offence,” they said.

“Victoria Police had offered the funeral organisers police assistance for the cortege’s movement through the Melbourne area but this was declined.”

Letters from police, sent to the three people who have officially objected to the fines, stated their reasoning for rejecting their withdrawal application was because the infringement was a “serious safety matter”. 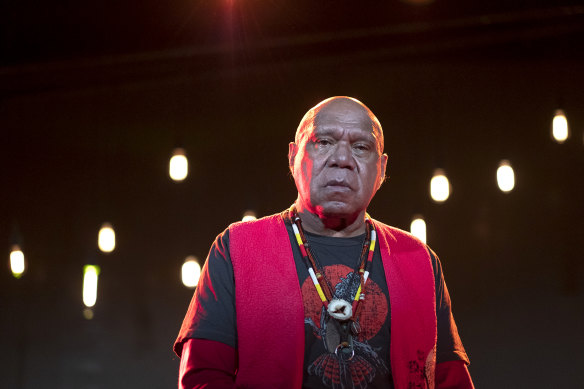 Southern Warriors Aboriginal Motorcycle Group’s Ralph Hume, who is being represented by Robinson Gill lawyers, said common sense must prevail and the fines should be withdrawn.

He said the motorcade was often travelling at walking pace, about two to three kilometres an hour, with members of the group stopping to close intersections along the way to protect motorists.

“We are truly outraged and hurt by Victoria Police’s decision to persist in pursuing fines against the members of our community who took up the cultural duty of safely delivering our national icon and hero, Uncle Archie Roach AM to his final resting place,” Hume said.

“This incident only serves to drive a further wedge between our people and Victoria Police.

“Let us get on with our sorry business by remembering and honouring the legacy of our Song Man, Uncle Archie Roach.”

After stopping at Cleve Gardens, the motorcade escorted Roach’s remains to a location near Warrnambool, where a private funeral took place. 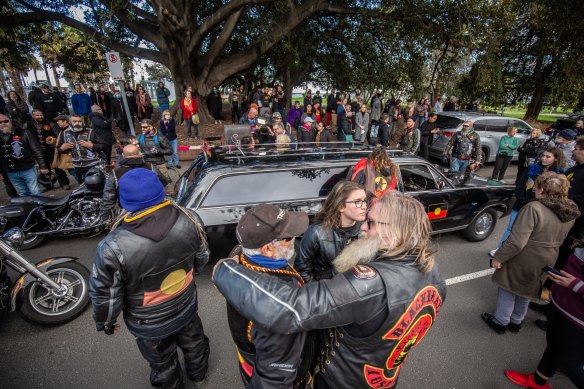 The procession stopped at Cleve Gardens in St Kilda.Credit:Scott McNaughton

Jason Kelly, who was part of the procession, said those involved had notified Victoria Police of their planned route days before it took place, which included stops at Melbourne family haunts for Roach such as Collingwood, Fitzroy, St Kilda and Melbourne’s CBD.

They then continued to Gunditjmara Country, in the state’s southwest.

A state memorial service and smoking ceremony is due to be held for Roach at Melbourne’s Sidney Myer Music Bowl next Thursday to celebrate his life and music.

Roach was a celebrated musician and Gunditjmara and Bundjalung elder known widely for his music including his 1990 album, Charcoal Lane. 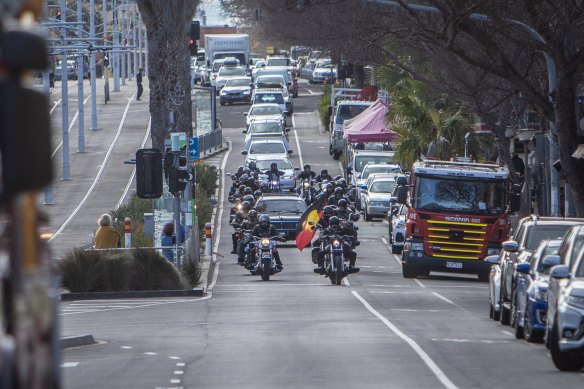 The cortege travelling along Fitzroy Street in St Kilda.Credit:Scott McNaughton

He was also an advocate for the stolen generations and made a Member of the Order of Australia in 2015.

According to the government’s road safety camera data, the intersection of Fitzroy Street and Lakeside Drive, in St Kilda, is one of the more prolific traffic camera locations in the state, with 6344 penalty notices issued from that location between January and March this year.