Two men charged over the suspected death of Maryam Hamka have been heckled in court by supporters of the missing Melbourne woman after indicating they will contest their charges.

Ms Hamka has been missing for almost eight months after she was last seen leaving a Brunswick supermarket on April 10. Police believe the 36-year-old is dead but her body has not been found. 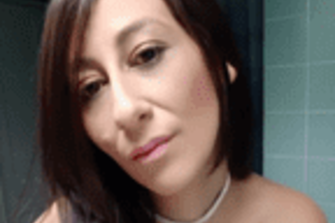 Maryam Hamka has been missing since April 10.

Her on-off boyfriend, Toby Loughnane, is charged with murder and his lawyer on Friday indicated to Melbourne Magistrates Court the 41-year-old would fight his charge. Police allege Mr Loughnane murdered Ms Hamka in his Brighton home on April 11.

Police believe Mr Loughnane recruited an associate, Oscar Newman, to help him clean the crime scene and move Ms Hamka’s body between April 11 and 15. Mr Newman, 26, is charged with assisting an offender.

Both men are yet to enter a plea but will face a contested three-day committal hearing to start on May 9, which will determine whether they face trial.

Some of Ms Hamka’s family and friends were watching Friday’s online hearing and two women called out to the accused men at the end. 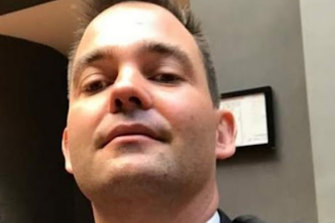 Toby Loughnane is charged with murder.Credit:YouTube

“Everybody knows you’re guilty … it’s almost her birthday,” one woman called out.

As Magistrate Peter Reardon asked people to stop talking, another woman said: “Oscar, you know where she is, Oscar.”

Prosecutors had earlier asked Mr Reardon to consider telling members of Ms Hamka’s family to leave the hearing as some of them were to be called as witnesses at next year’s hearing.

Mr Reardon replied there was no need to have them leave, as their statements were not to be discussed in Friday’s hearing.

Mr Reardon also told the lawyers next year’s committal hearing would be held over three days instead of their request for four days. Seven witnesses are to be questioned and the magistrate said three days was “ample”.

Previous hearings were told Mr Newman was a pool cleaner and that investigators believe he took a steam cleaner, chemicals and petrol to Mr Loughnane’s home and lent him his car. Police allege Mr Loughnane used the car to dispose of Ms Hamka’s remains.

The accused men both watched Friday’s hearing on video links but did not speak and did not react to the women’s comments. Mr Newman was granted bail in October while Mr Loughnane remains in custody on remand. 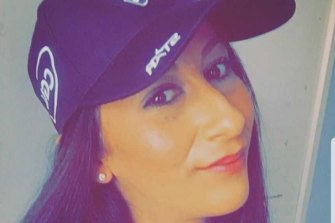