Guns N’ Roses has filed a lawsuit against a Texas gun store – that also sells roses – for tarnishing the band’s brand by using its name without their “approval, license, or consent.”

The lawsuit, obtained by USA TODAY and filed Thursday on behalf of the rock band against Jersey Village Florist, which owns Texas Guns and Roses, argues that the store’s name is “likely to cause confusion with the GUNS N’ ROSES mark, falsely suggested a connection with GNR, and was likely to dilute the GUNS N’ ROSES mark.”

“This is particularly damaging to GNR given the nature of Defendant’s business,” the lawsuit continues. “GNR, quite reasonably, does not want to be associated with Defendant, a firearms and weapons retailer. Furthermore, Defendant espouses political views related to the regulation and control of firearms and weapons on the Website that may be polarizing to many U.S. consumers.” 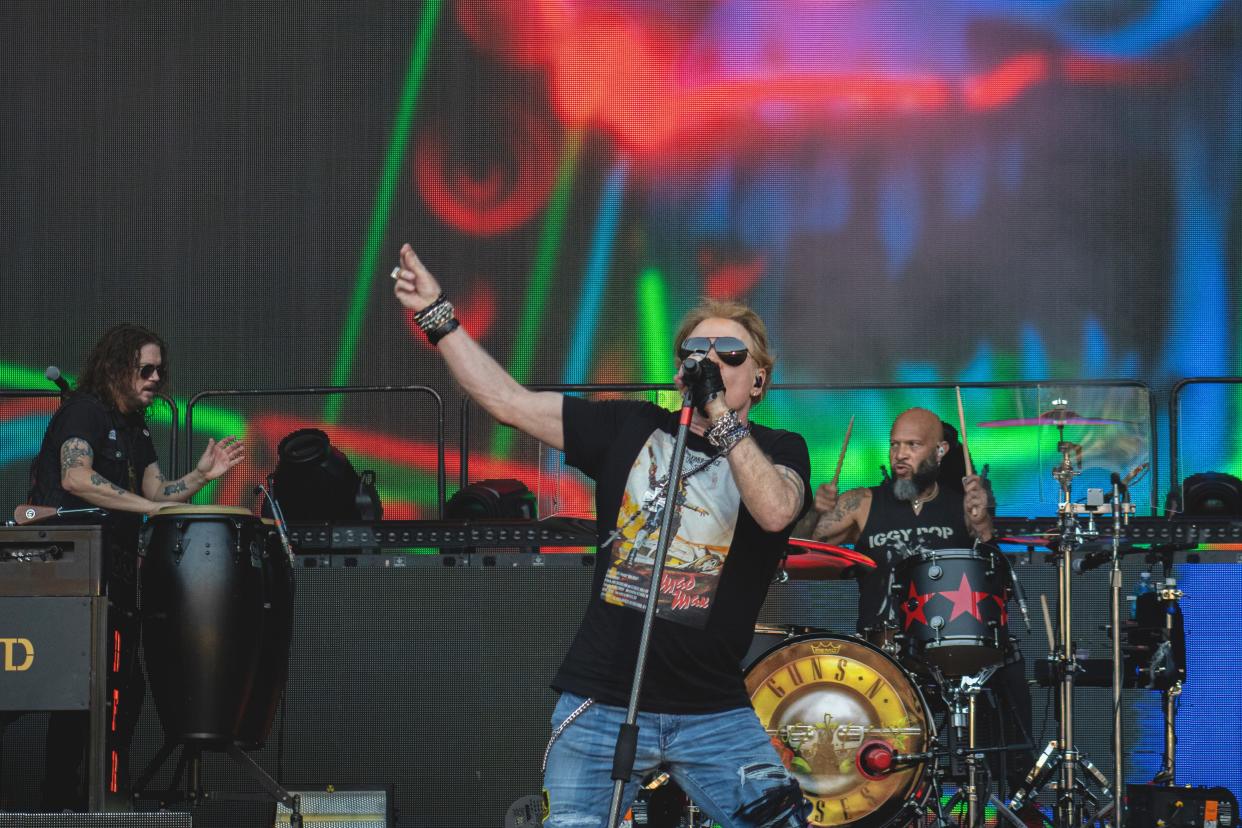 In addition to the store abandoning use of their name, Guns N’ Roses is asking for a multiplication of damages, lawsuit costs and attorney’s fees. As of Monday, the company has not filed a response to the complaint but has 18 more days to do so.

USA TODAY has reached out to representatives for Guns N’ Roses, Jersey Village Florist and Texas Guns and Roses for further comment.

Though the spelling is partially different, Guns N’ Roses argues that the “N'” is understood to mean “and,” which makes the two names identical.

The Texas Guns and Roses store filed for trademark in 2014 and registered in 2016, according to its U.S. Patent and Trade Office registration. The band, named after co-founders Tracii Guns and Axl Rose combined their respective bands, “LA Guns” and “Hollywood Rose,” first learned of the store using its likeness in October 2019, per to the lawsuit, and sent a cease and desist letter in February 2020. The company neither responded to that letter nor to a follow-up sent a few months later.

Guns N’ Roses also filed a petition last November to cancel Guns and Roses’ trademark registration with the U.S. Patent and Trade Office’s Trademark Trial and Appeal Board. USA TODAY has reached out to the trade office for comment.

The store, which brands itself as “America’s largest online firearms and accessories mall,” sells a variety of handguns, rifles, semi-automatic weapons and magazines, as well as four different rose bouquets.

The “Defendant purports to sell roses and other flowers,” the lawsuit reads, arguing that the store only sells roses to justify using the name and has not officially registered itself as a flower store, nor does it feature flowers prominently on its website.