A GRIEVING dad has been left devastated after being ordered by the housing association to tear down a summerhouse he spent months building in memory of his son.

Bruce Clegg, 49, immersed himself into the DIY project as he dealt losing his son Nathaniel Hemingway-Clegg, 20, after type one diabetes complications. 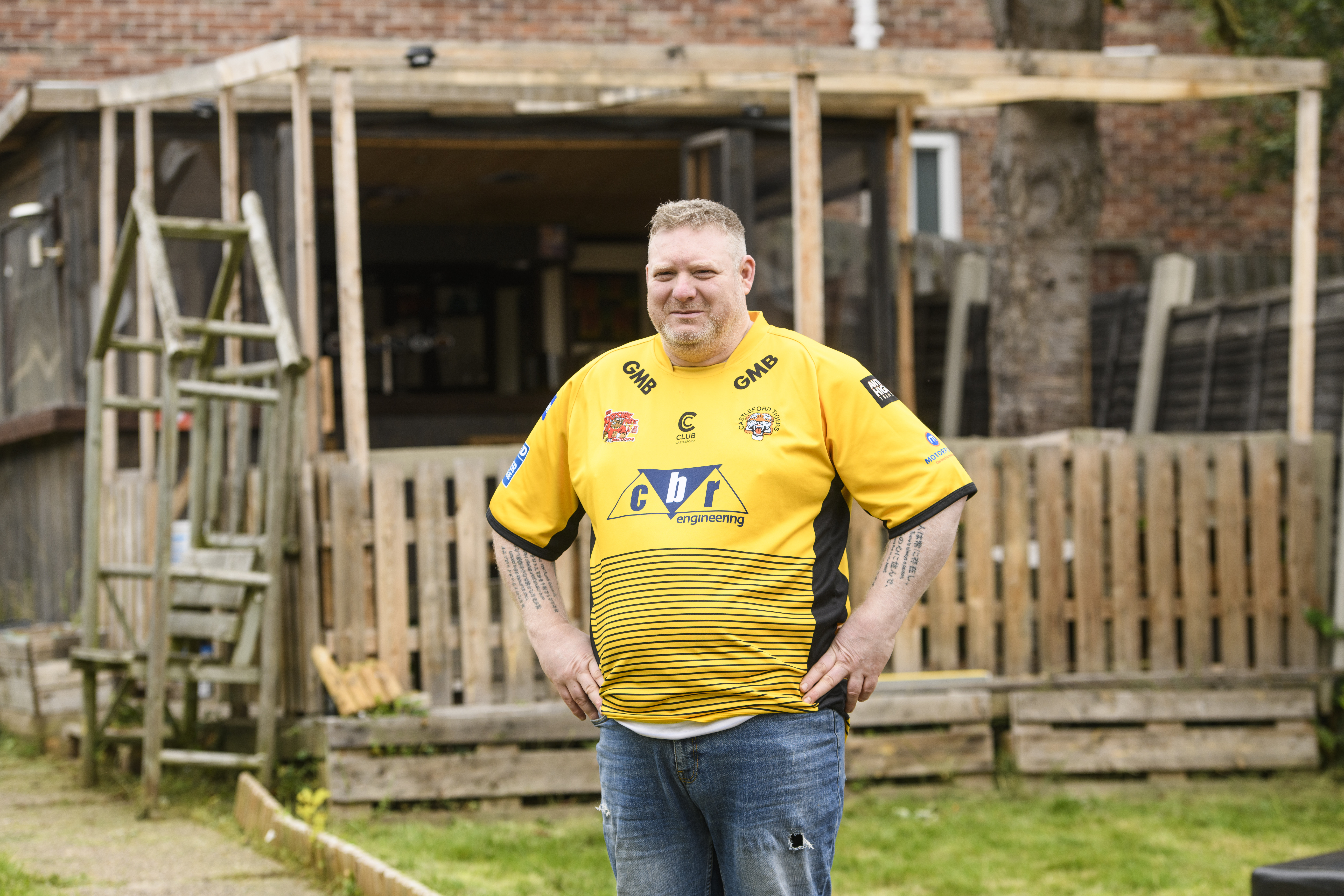 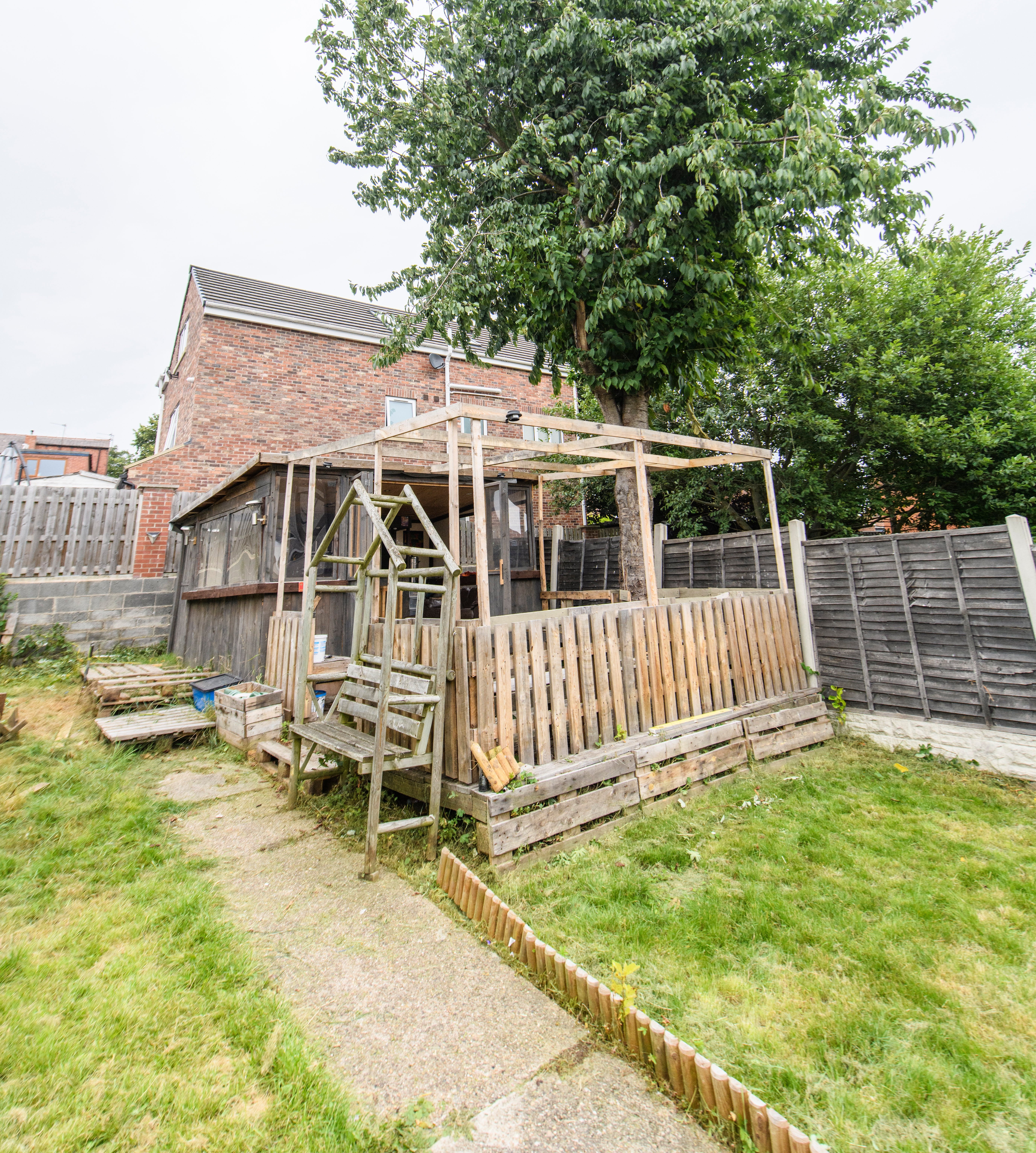 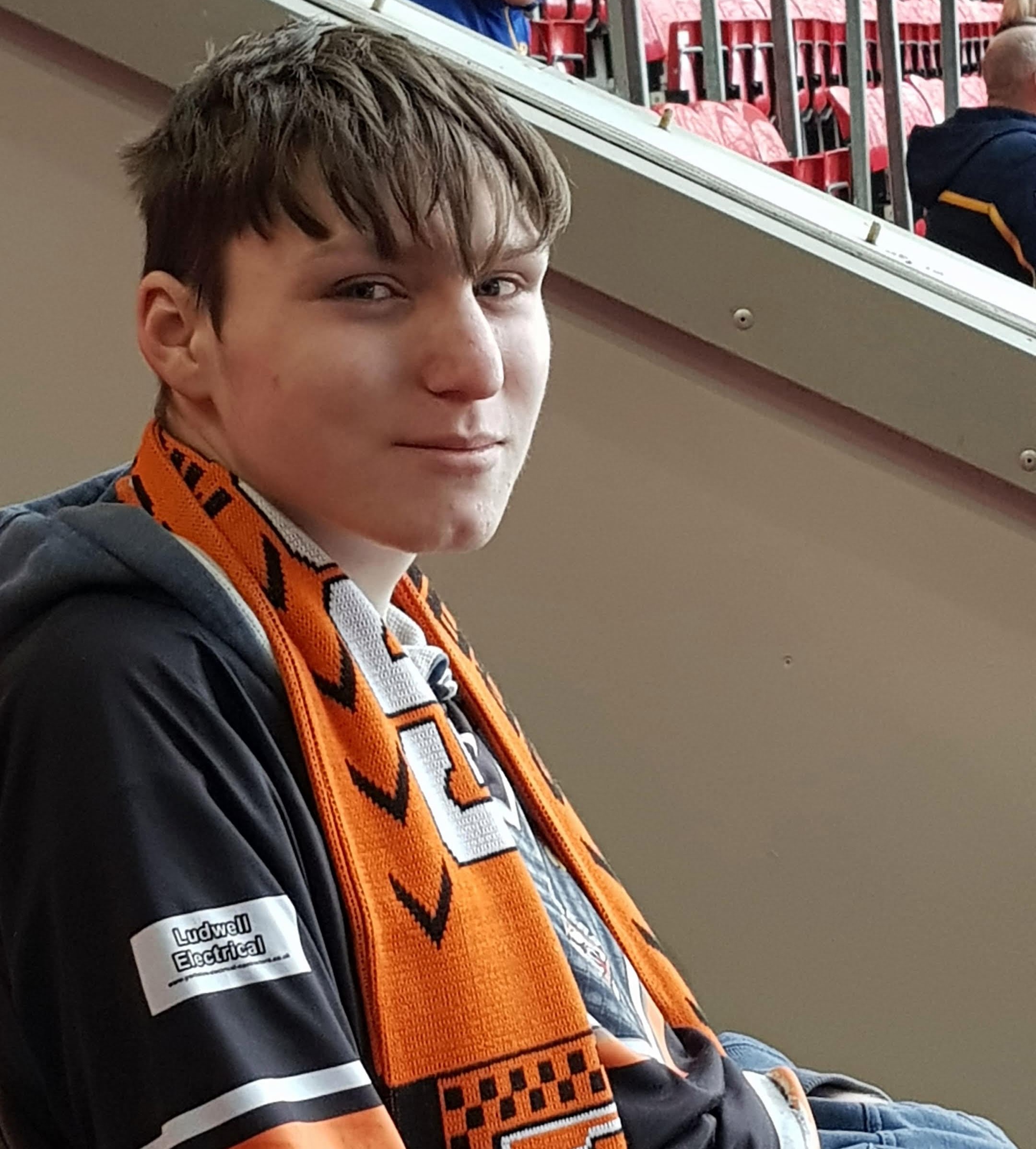 He spent ten months crafting the 16-square-metre wooden structure and forked out around £1,750 to build the shrine dedicated to his late son, that sits in the back garden of his semi-detached council-owned house.

The summerhouse even has a bar named after Nathaniel and is furnished with his much-loved Harry Potter memorabilia and family photos.

But after a neighbour complained about "antisocial behaviour" Wakefield District Housing paid Bruce a visit in April – who then demanded he tears down the touching tribute to his son.

Authorities claimed the summerhouse was "unsafe" and too close to the neighbour's fence, despite the warehouse worker explaining it's importance in helping him cope with his loss.

They said Bruce had failed to ask for permission and must get rid of the memorial until he gains it.

The dad-of-three told how he is gearing up to rip it apart but he is plagued by the thought of "losing the thing which has brought my family so much comfort altogether."

Bruce, from Wakefield, West Yorkshire, explained: "Losing a child is the worst thing that can ever happen to a person – Nathaniel was a great guy with a good heart.

"That's why I wanted to build the summerhouse in his memory – it is a place to go to have a sit down with a drink, look at some photographs, and remember him.

"When any of us go in there, it makes us feel like he's still around.

"In my grief, I had never even thought about permissions as I just wanted to do something for Nathaniel. Looking at the tenancy agreement never even crossed my mind.

"I've tried so hard to change their minds, explaining how much the summerhouse means to my sons and I, but it hasn't worked.

"IT'S SO MUCH MORE THAN WOOD TO US"

"We have lost a huge part of the family so this summerhouse means so much, it's so much more than wood to us all.

"Now it seems we're going to have to start again from scratch or lose the thing which has brought my family so much comfort altogether."

Bruce set to work on the summerhouse in June last year, just a month after losing his eldest son.

Nathaniel had been diagnosed with diabetes at just one years old, but struggled to control the complex condition as he grew older.

The trainee chef suffered from diabetic ketoacidosis – when harmful chemicals called ketones build up in the body due to a lack of insulin – as a teenager.

But as he feared catching Covid if he went to hospital, Nathaniel hid his health woes and later died at home on May 2, 2020.

Bruce, who also has boys Craig, 19, and Michael, 17, took on the DIY challenge to keep himself busy as he dealt with his son's death.

I've tried so hard to change their minds, explaining how much the summerhouse means to my sons and I, but it hasn't worked.

"It kept us all on an even keel as we dealt with Nathaniel's death – and having that project was the only thing that kept me focused and strong enough to support my other sons," he said.

His family have all used the summerhouse as a sanctuary to feel close to their brother and said it makes them feel "like Nathaniel is still around."

Mick Walsh, executive director of housing for Wakefield District Housing, said they had "offered to work with" Bruce to provide guidance on the appropriate materials and regulations.

"In this case, Mr Clegg had not sought our permission beforehand.

"Following a complaint of antisocial behaviour, our surveyors and estate managers visited the property and assessed the structure as unsafe due to the quality of; materials used, electric works installed and proximity to the boundary fencing.

"We have asked Mr Clegg to take down the structure, which he has agreed to do. We have offered to work with him to provide guidance on the materials to use and regulations to follow so he can re-build his memorial to his son, in the safest way possible.

"This is of course, subject to Mr Clegg taking down the original structure, submitting a home improvement permission request, and addressing the initial antisocial behaviour issues reported.

"So he can re-build his memorial to his son, in the safest way possible." 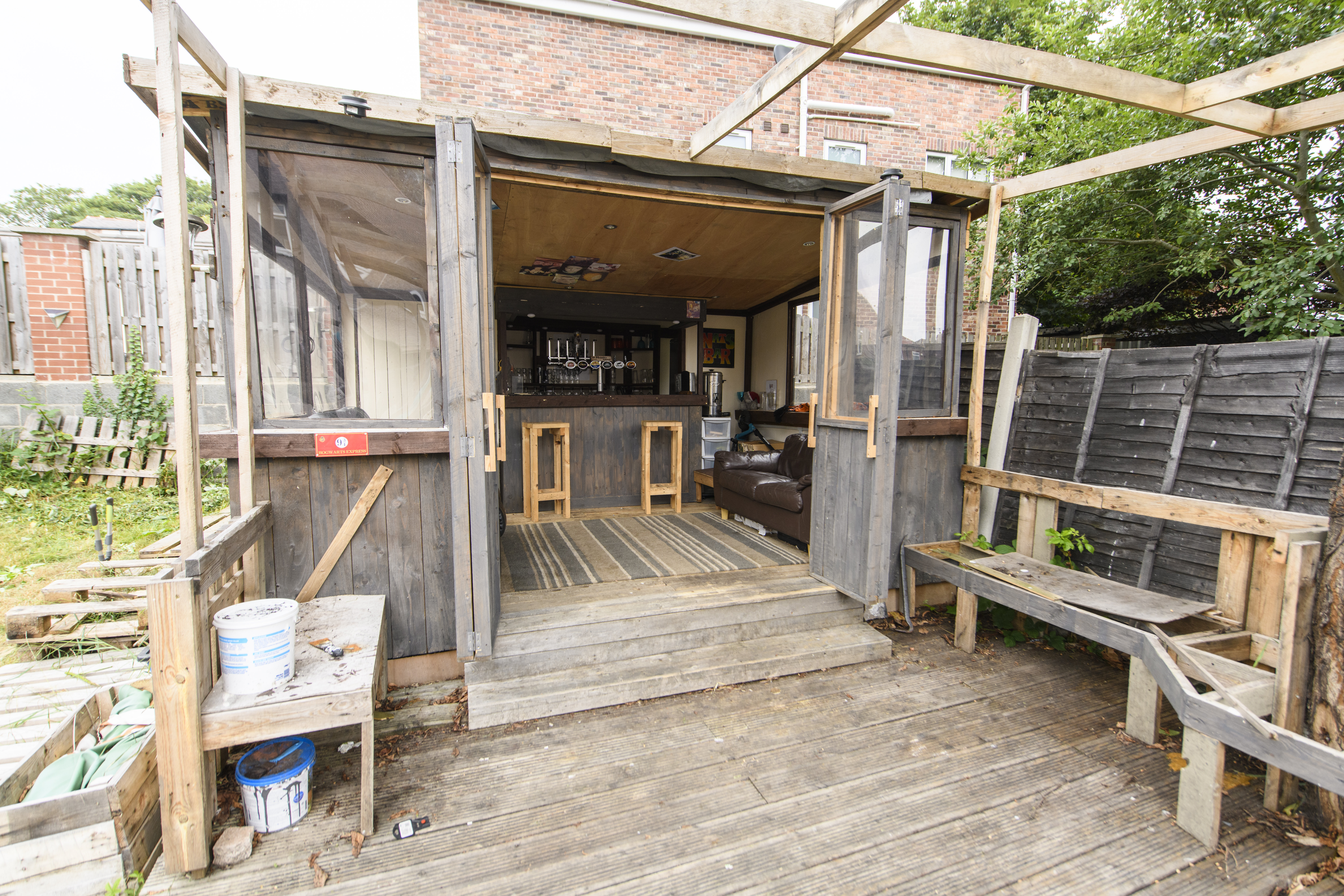 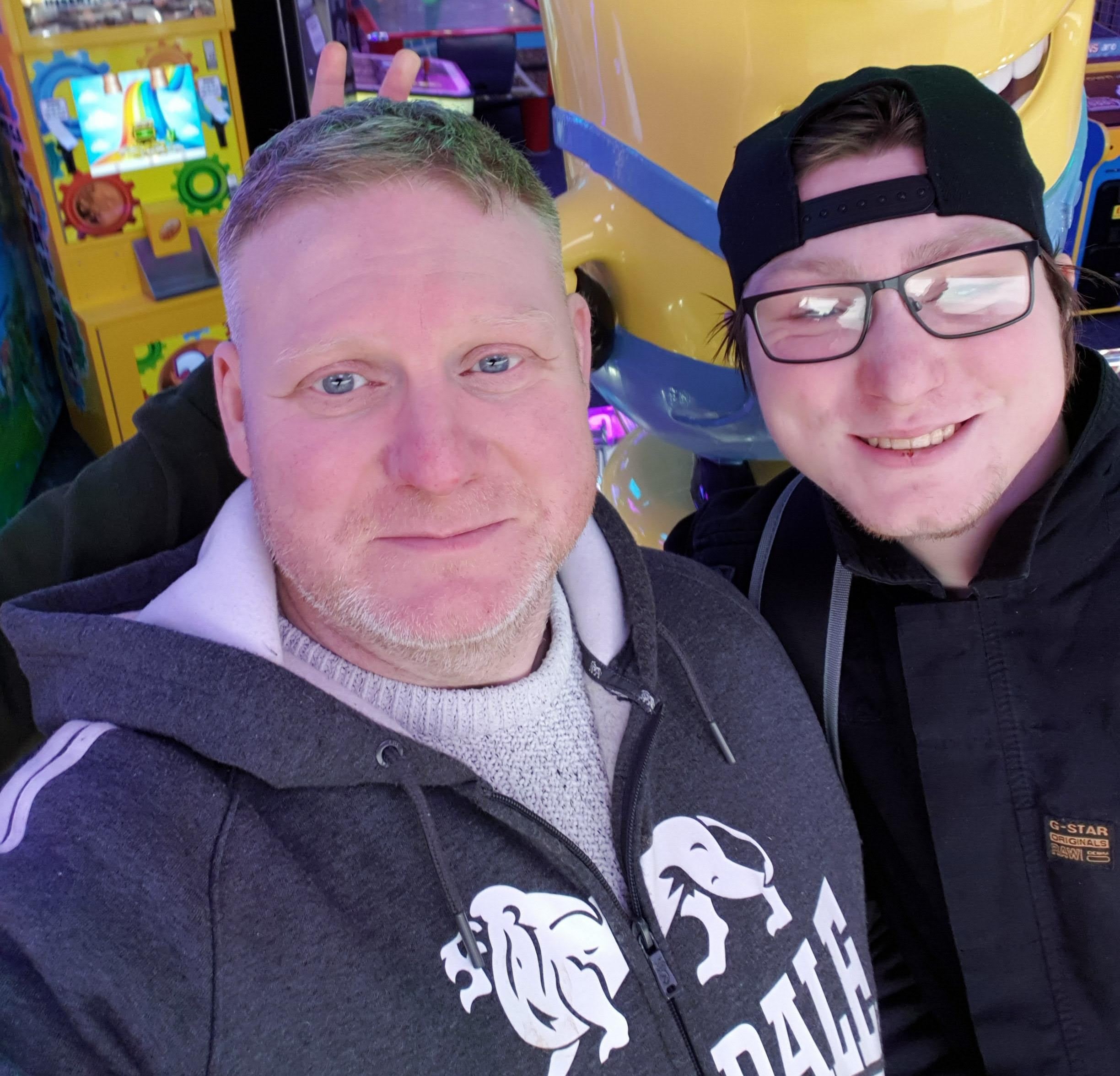