A TEENAGER has appeared in court charged with stabbing his grandparents to death.

Tobyn Salvatore, 19 – also known as Jay Fell – was accused of murdering Denis and Mary Fell with a knife or similar bladed instrument at their home in Livingston. 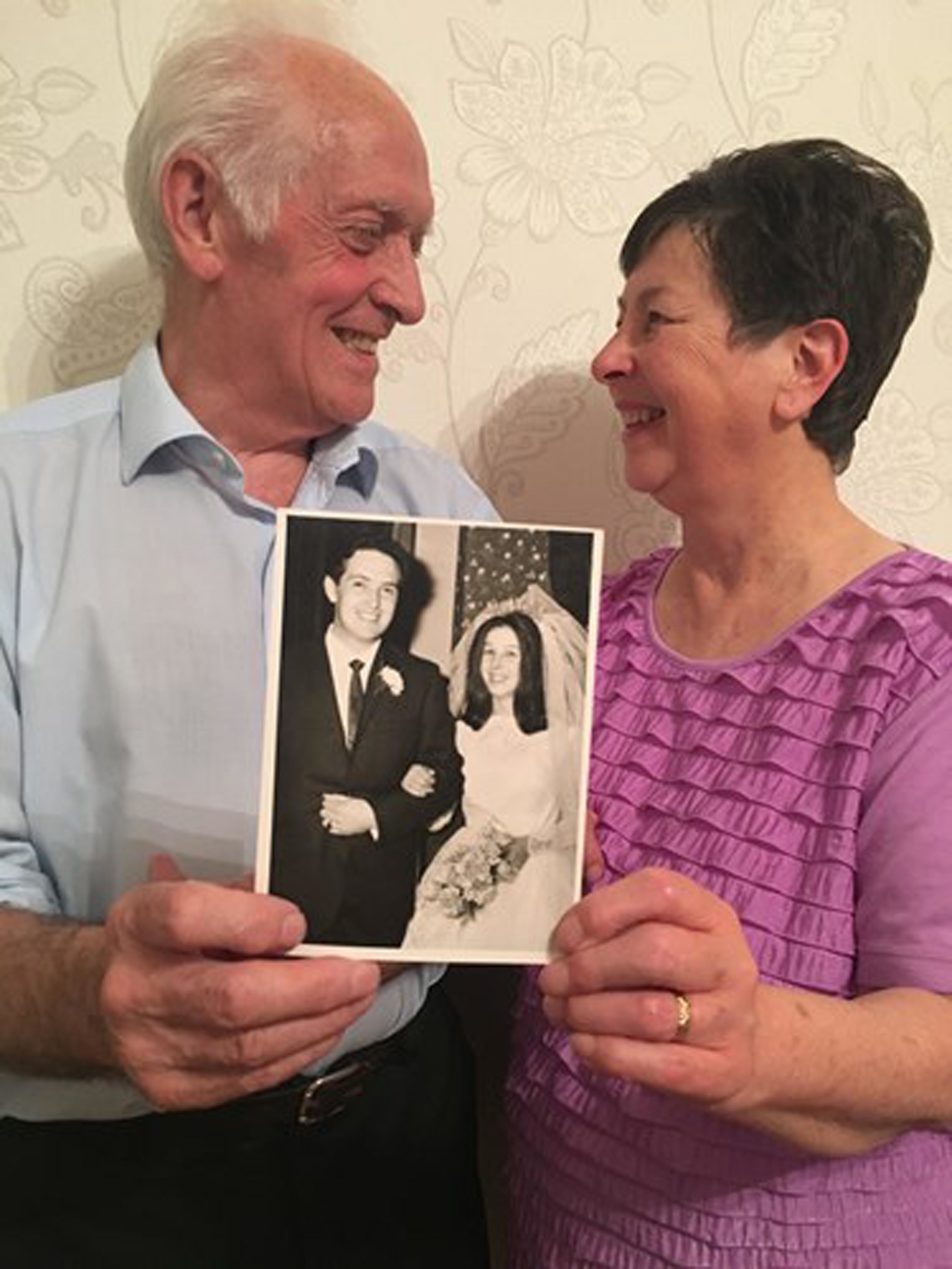 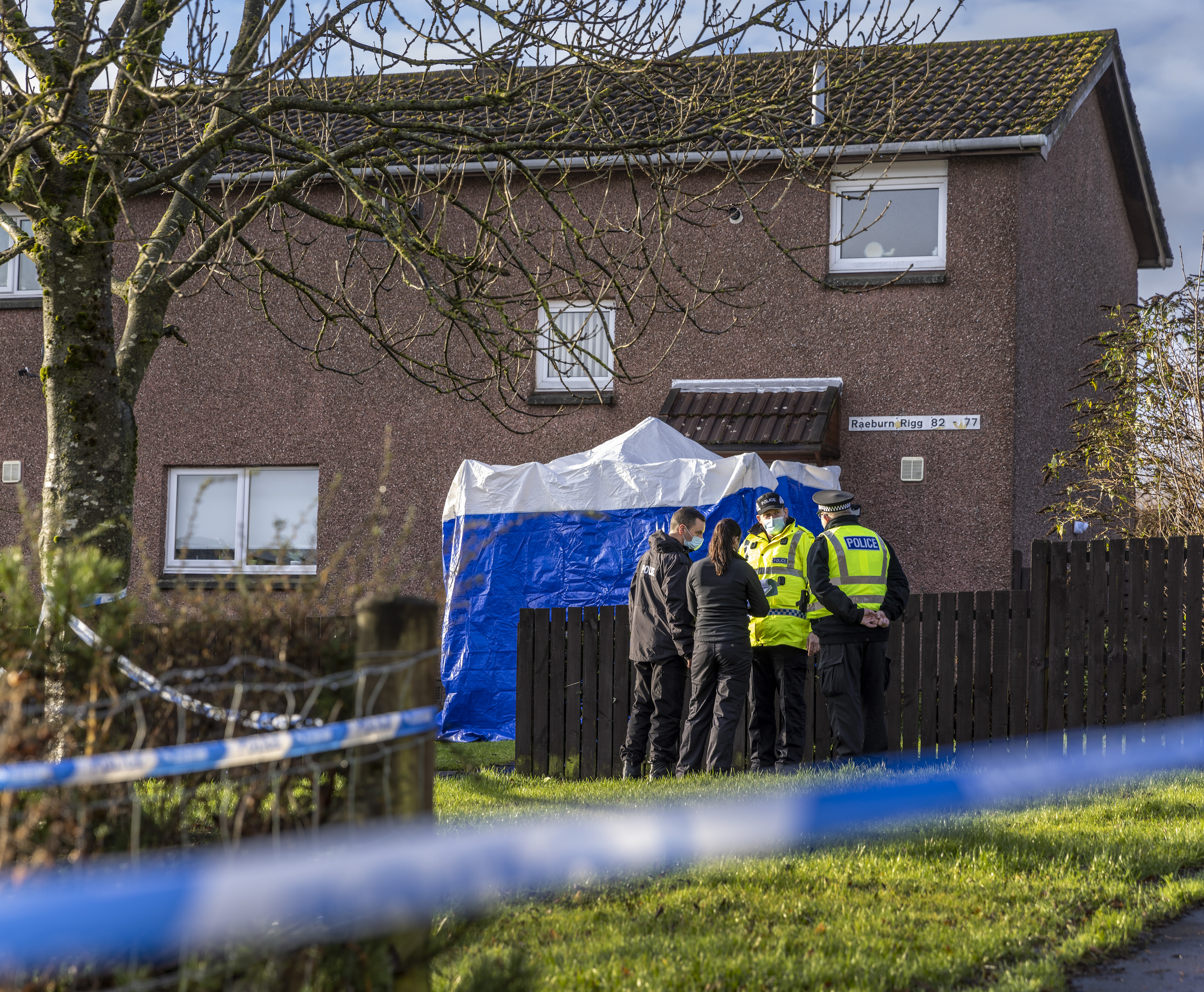 Police found the bodies of the 73-year-olds on Boxing Day after breaking down the door of their home in Raeburn Rigg.

It’s understood cops had been alerted to an incident at the property and arrived to find both pensioners dead.

Salvatore appeared on petition from custody at Livingston Sheriff Court on Wednesday charged with two counts of murder.

Kevin Dugan, defending, made no plea on his behalf.

Sheriff Peter Hammond committed Salvatore for further examination and remanded him in custody.

The accused is expected to make a second court appearance for full committal within eight days.

Salvatore, who was arrested on Monday in connection with the double tragedy.

The development came a day after police released an image showing Denis and Mary, who was disabled, celebrating an anniversary by holding a black and white pic of their wedding.

Yesterday, an image showing the couple celebrating a recent wedding anniversary as they clutched a photo taken on their wedding day was released by officers.

Teenager, 16, charged with murder of schoolboy, 14, after he was stabbed to death in wild brawl outside train station

Their bodies were found at 11.40pm on Boxing Day after police forced entry to the house.

Since the discovery, a tent has been erected at the door and forensic officers have been seen going in and out of the home on Raeburn Rigg.

Detectives have not released any details about how the couple died or how long they had lain there before being discovered.

Dozens of locals have paid tribute to the well-known elderly couple.

One said: "They have been here for over 20 years and everyone in the area knows who they are.

"They would always say hello and Denis would push Mary in her wheelchair.

"Mary's disability didn't stop them from leading a normal life."

She added: "They'd go away in the car regularly and she had her own disabled parking space. Both enjoyed life. It's just so sad."

Another neighbour, Wilma Stewart, took to social media to write: "The nicest, friendliest couple you could ever meet.

"Heartbreaking. Thoughts are with the family and friends at this sad time."

Flowers and handwritten tributes were also left by well-wishers with one message reading: "Such a lovely couple. Rest in peace."

DCI Kevin Houliston from Police Scotland's Major Investigation Team, who is leading the investigation, reassured the public that the incident had been "contained".

He added: "Our thoughts are with the family and friends of Mr and Mrs Fell and everyone affected by this tragic incident.

"A continued presence may be seen in the area as officers continue with their inquiries but this was a contained incident and there was no risk to the wider public." 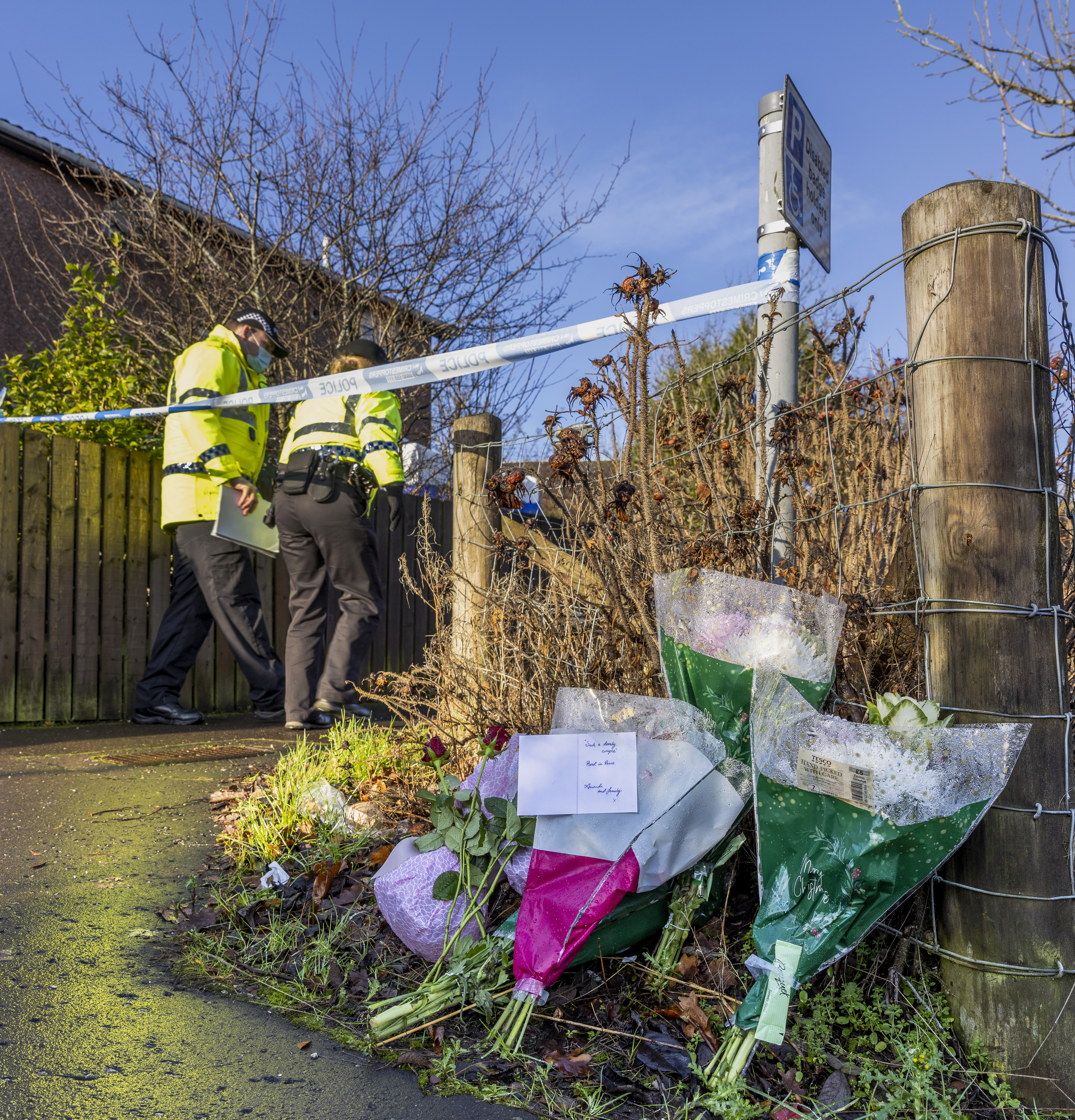 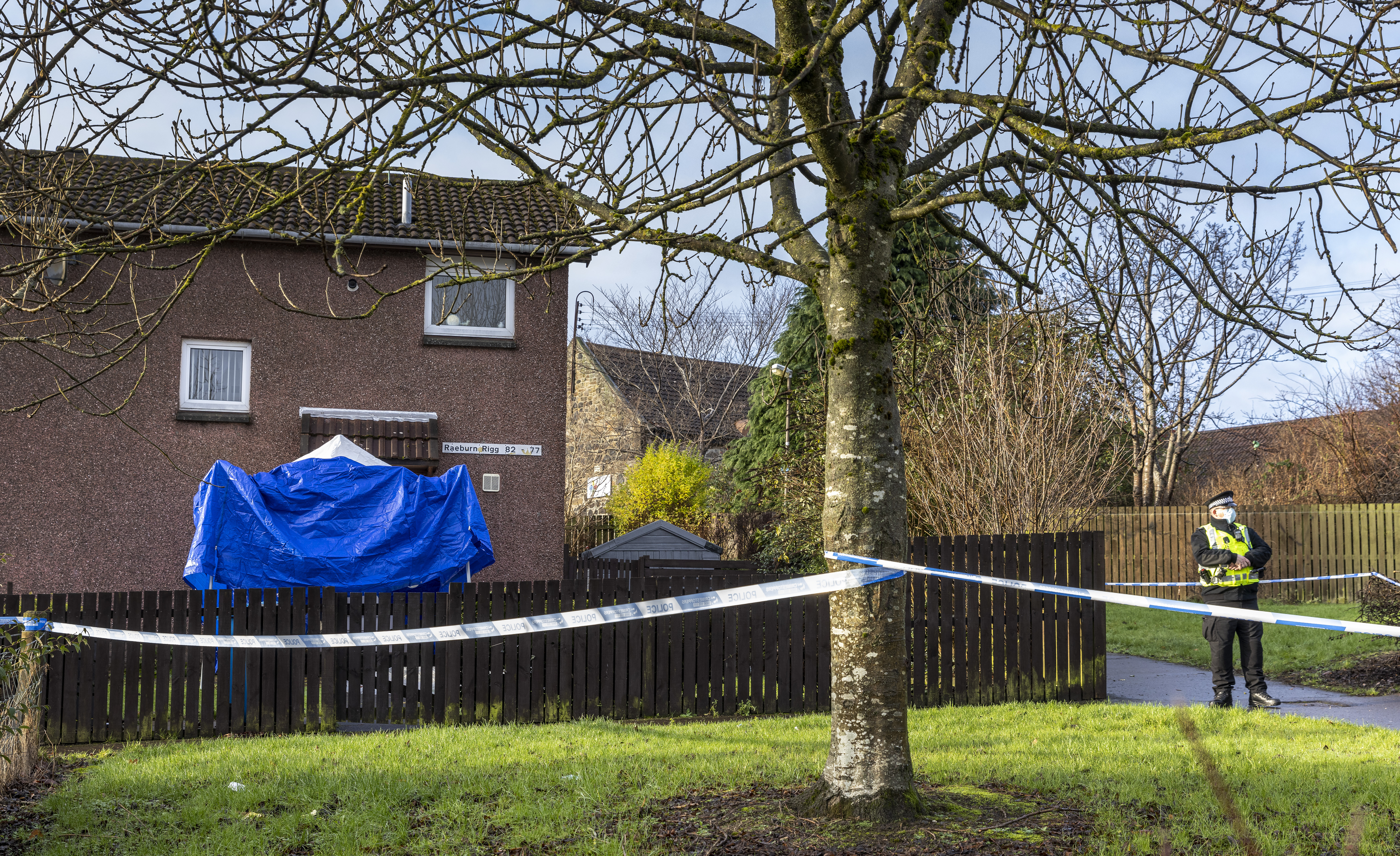 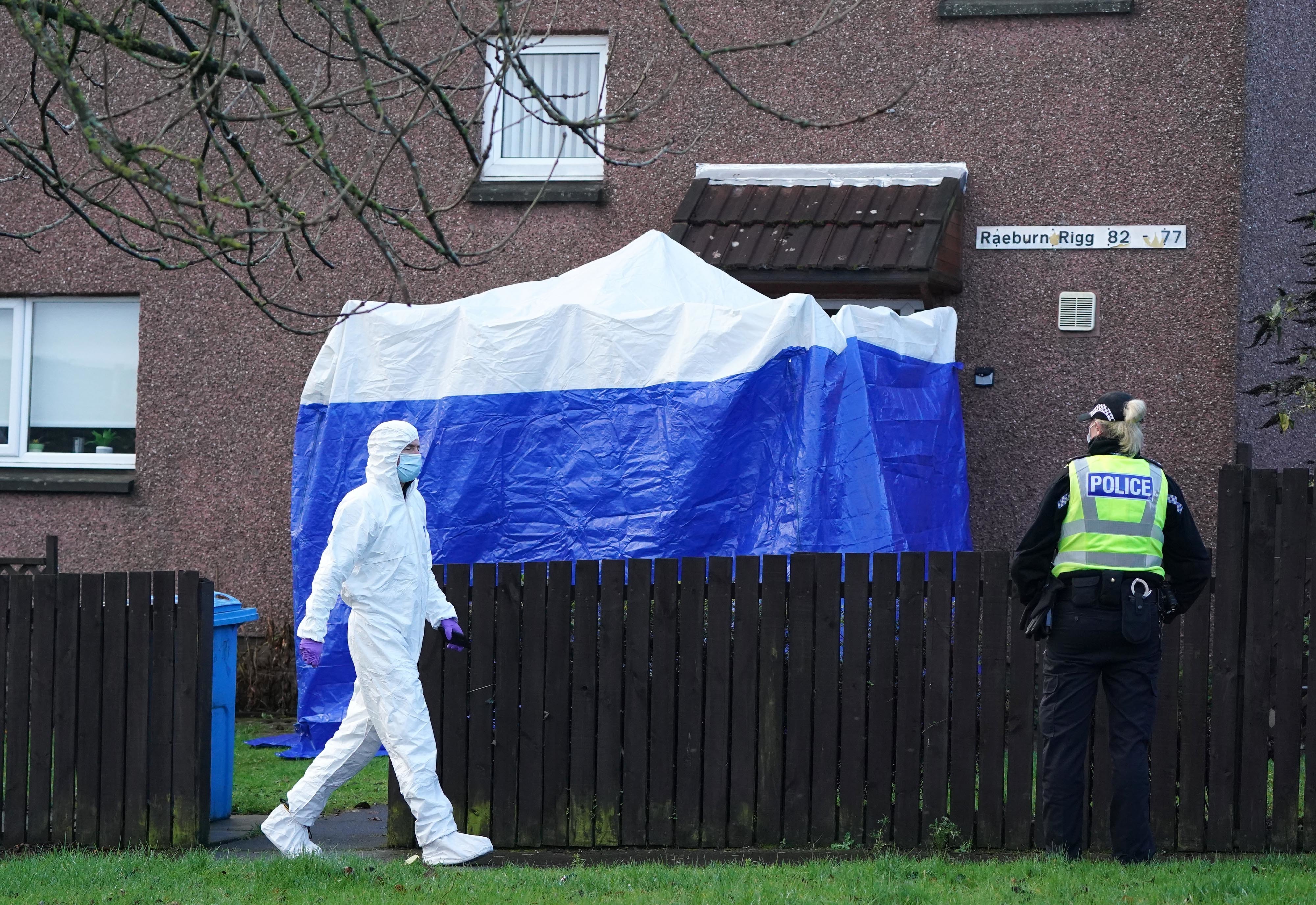