Grandfather, 72, is given a £70 fine after he stopped for less than a minute in a taxi rank to drop off a donation at a Salvation Army shop but will not appeal because ‘that’s the rules’

A kind-hearted grandfather was slapped with a £70 fine after parking for just 60 seconds while taking a donation to the Salvation Army.

Wyn Owen, 72, stopped in a taxi rank outside the charity shop to drop off a bag of donated items in Carmarthen, West Wales.

But the one-minute good deed has ended up costing him £70 after he was clocked by a parking enforcement vehicle. 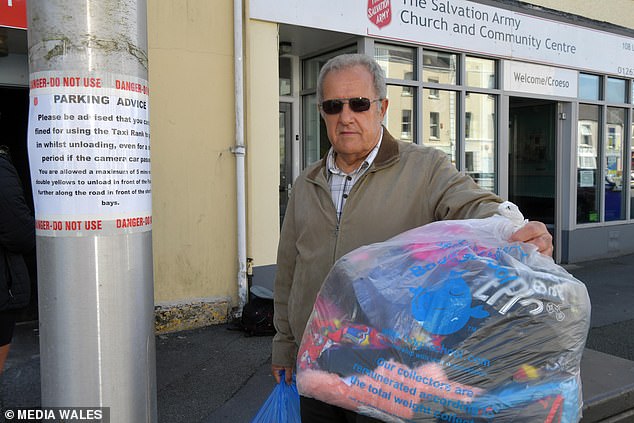 Wyn Owen, 72, stopped at a taxi rank outside The Salvation Army charity shop in Carmarthen, West Wales. Mr Owen was fined £70 for parking outside the shop for 60 seconds

The council launched its ‘robowarden’ to patrol the streets of Carmarthen, where a white Toyota Auris hybrid drives has two cameras on its roof, pointing left and right.

When the car is driven into a zone it records evidence which is then collected by a civil enforcement officer to confirm the illegal parking and arranges for a fixed penalty notice to be sent.

Mr Owen said: ‘I pulled up to park in a taxi rank directly outside the Salvation Army charity shop to drop off a bag of items to donate, something I often do and something that I know a lot of people do on a regular basis. 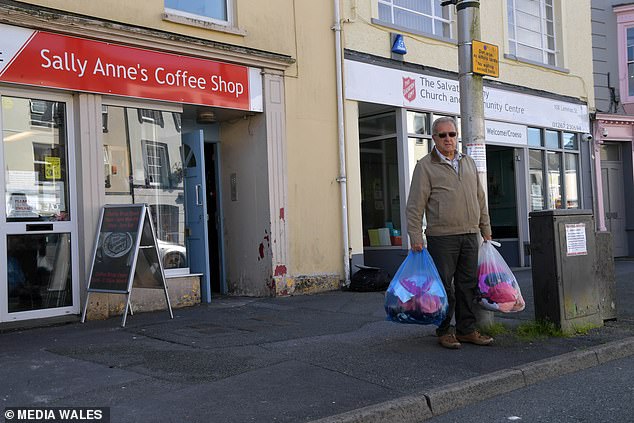 Grandfather Wyn Owen with his charity bags outside the Carmarthen charity shop. Mr Owen said for the benefit of The Salvation Army there should be a grace period to quickly drop off items

‘I didn’t think anything else of it after that.

‘I went away on holiday and when I returned I had a letter from the council stating that I had parked illegally on August 20 between 11.26am and 11.26am, and ordering me to pay a fine.

‘Now, I’m not disputing the fact that I parked in a taxi rank and I will not be contesting the fine.

‘I was considering appealing because I was only there for a minute, but at the end of the day, that’s the rules,’ he said. 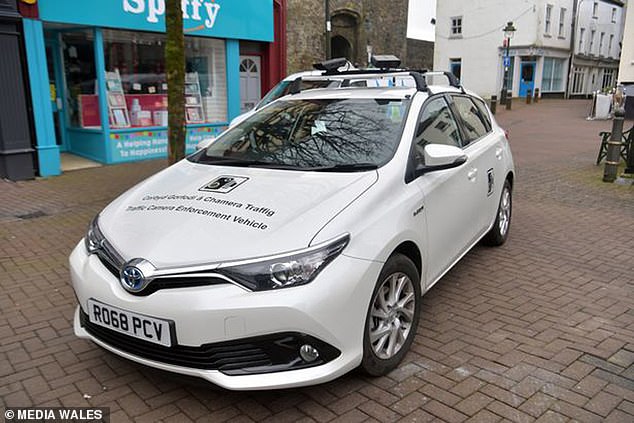 The ‘robowarden’ introduced by  Carmarthenshire Council. A white Toyota Auris hybrid (pictured) has two cameras on its roof, pointing left and right. When the car is driven into a zone it records evidence which is then collected by a civil enforcement officer to confirm the illegal parking and arranges for a fixed penalty notice to be sent

The grandfather added: ‘But, for the benefit of the charity, there must be a way of organising that people can have a grace period of maybe a minute or two so that they can dash in and drop these things off.

‘In this circumstance people are not shopping, they are merely dropping something off.’

Captain Neil Duquemin of the Salvation Army thanked the people of Carmarthen for their generosity but warned them to be aware of parking restrictions. 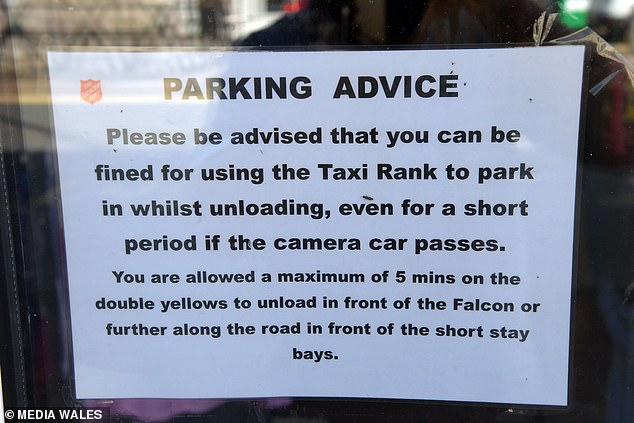 The parking notice outside The Salvation Army shop in Carmarthen, West Wales. The notice states that even for a short period, people can be fined if the ‘robowarden’ passes

He said: ‘We warmly welcome good quality donated items but please be aware that if you are planning to drop off items you want to donate to us that you are not allowed to park in the taxi rank.

‘We have had a few cases where customers have seen an empty space outside the shop and I have had to pop outside to remind them they can’t actually park in the taxi rank and I have also put signs up to tell people not to park there.’

Despite the concerns raised by Mr Owen, Carmarthenshire Council insist that drivers park in restricted areas at their own risk. 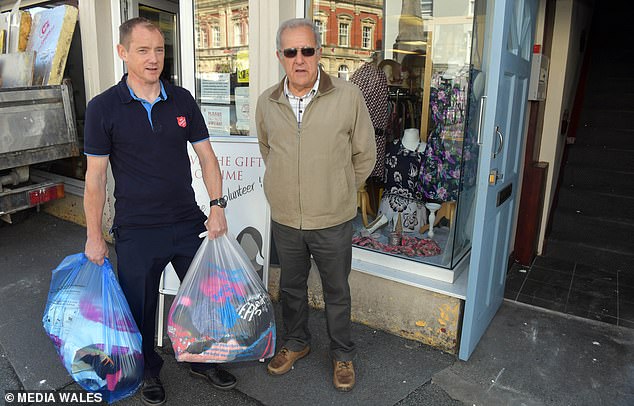 Councillor Hazel Evans said: ‘Parking restrictions are clearly marked and drivers should be aware that they are at risk of receiving a penalty charge notice if they are caught parking in restricted areas such as taxi ranks.

‘Our civil enforcement officers regularly patrol our highways and car parks to prevent illegal parking and ensure and that all users are treated equally and fairly.’