Gordon Brown today called on Rishi Sunak to extend the Government’s furlough scheme beyond the end of October as the former prime minister warned the UK is facing a ‘tsunami of unemployment’.

Mr Brown said the Government must ‘avoid a cliff edge on October 31’ when the wage subsidy scheme is due to finally come to an end.

The former Labour leader said the job retention programme should remain in operation for workers who can only return to their roles part time and for sectors of the economy which are still struggling to get back on their feet.

The furlough scheme has covered up to 80 per cent of an employee’s wages, up to £2,500 a month, and it is in the process of being wound down by the Treasury.

The total bill for the programme currently stands at more than £35 billion.

Mr Brown told ITV’s Good Morning Britain programme that the Government’s plan to help the UK economy recover from the coronavirus crisis is not up to the task and must be urgently improved.

He said: ‘We have this massive spirit of unity around the country and we need to rebuild that unity so we can face the next stage.

‘I think there was a consensus and I think the Treasury led it on the rescue plan but we need now a recovery plan.

‘We need to avoid a cliff edge on October 31. The health successes have been too few for us to be able to say that the lockdown is completely over for everyone.

‘Therefore we need new measures and I don’t think the Government’s plan is up to it.

‘What I say is three things. One is extend the furlough, part time, in particular sectors, perhaps linked to some training programmes.

‘Secondly, we have got to help young people. We face the worst labour market for young people for 50 years.

‘Thirdly we have got to help businesses recover. They need to invest and they can’t invest if they are having to pay back some of the loans that have been charged upon on them in the last few months.

‘We need to do all of these things and we need to do it urgently to avoid what is going to happen in October.’

Ministers are reluctant to extend furlough because of the massive price tag and a fear that businesses are becoming over-reliant on state support.

Business leaders have warned scrapping the programme will potentially put millions of jobs at risk.

Firms which bring staff back from furlough will receive £1,000 if the employee is still in work by the end of January and ministers hope the incentive will be enough to stop massive job losses. 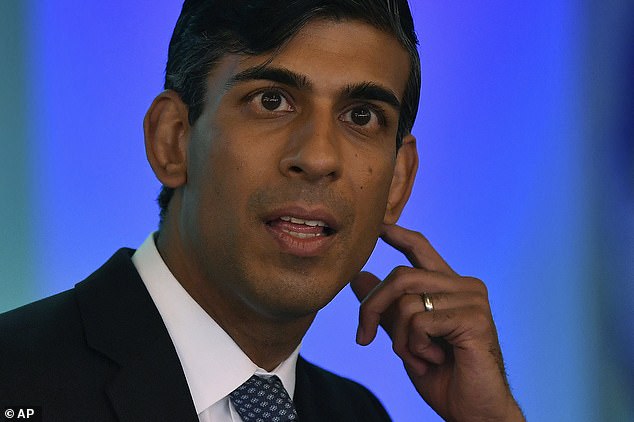 Mr Brown has also called on the Bank of England to put more focus on dealing with unemployment in the coming months.

He told BBC Radio 4’s Today programme: ‘I think that there should now be an operational target that interest rates will not rise and stimulus will continue until employment returns to pre-crisis levels.

‘It’s a change. It’s in line with what the Federal Reserve is doing. I think other banks around the world are going to do something similar. And I think the Bank of England, at this point, is, I’m afraid, behind the curve.

‘They have got to send a signal that employment really matters. We are facing a tsunami of unemployment.’