New York: Ghislaine Maxwell has been put on suicide watch at a Brooklyn jail, and may seek to delay her Tuesday sentencing for aiding Jeffrey Epstein’s sexual abuse of underage girls, her lawyer said.

In a letter to the judge overseeing Maxwell’s case, Maxwell’s lawyer, Bobbi Sternheim, said her client is “unable to properly prepare, for sentencing,” after officials at the Metropolitan Detention Centre on Friday declared the suicide watch and abruptly moved Maxwell to solitary confinement. 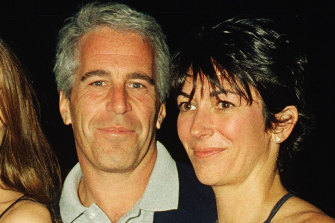 Sternheim said Maxwell was given a “suicide smock,” and her clothing, toothpaste, soap and legal papers were taken away.

The lawyer also said Maxwell “is not suicidal,” a conclusion she said a psychologist who evaluated the 60-year-old British socialite on Saturday morning (US time) also reached.

“If Ms Maxwell remains on suicide watch, is prohibited from reviewing legal materials prior to sentencing, becomes sleep deprived, and is denied sufficient time to meet with and confer with counsel, we will be formally moving on Monday for an adjournment,” Sternheim wrote.

A spokesman for US Attorney Damian Williams in Manhattan, whose office prosecuted Maxwell, declined to comment.

Epstein, 66, killed himself in August 2019 in a Manhattan jail cell, where the financier was awaiting trial for sex trafficking.

Maxwell was convicted on December 29 on five criminal counts, including sex trafficking, for recruiting and grooming four girls for Epstein to abuse between 1994 and 2004.

Prosecutors have said Maxwell should spend at least 30 years in prison, citing her “utter lack of remorse”. Maxwell wants a term shorter than 20 years.

The sentence will be imposed by US Circuit Judge Alison Nathan in Manhattan federal court.

Maxwell has been held in the Brooklyn jail since shortly after her July 2020 arrest.

Her lawyers objected multiple times before trial about the confinement conditions there, including last November when Sternheim likened them to Hannibal Lecter’s from the 1991 Oscar-winning film The Silence of the Lambs.

Seven women who were Maxwell’s accusers have asked a judge to consider their pain as she decides what prison sentence she will dispense.

Their statements were put in the public case file late on Friday by Manhattan prosecutors.

In a statement, Annie Farmer, who testified at trial and spoke at Epstein’s bail hearing before he killed himself, said Maxwell’s lack of remorse and her repeated lies about victims forced “a long fight for justice that has felt like a black hole sucking in our precious time, energy and wellbeing”.

Defence lawyer Bobbi Sternheim included the victim statements in a submission to the judge Friday after the defence asked for a sentence of no more than five years, but she heavily redacted portions in asking the judge to disregard some entirely because they were not directly a part of the case that resulted in Maxwell’s conviction.

Prosecutors, though, said no redactions were required or necessary because any privacy interests belonged to victims and none asked for their statements to be sealed. They added that no “due process interest is protected by withholding victim impact statements from the public.” Three victims may speak at sentencing.

Included were nine graphic pictures of Sarah Ransome taken in a hospital bed after two suicide attempts she blames on the trauma of over a half year spent as a “sex toy” for Epstein and Maxwell and others that left her so distressed that she once considered jumping from a cliff into shark-infested waters off Epstein’s sprawling Virgin Islands estate.

Ransome, who wrote a book Silenced No More and travelled from her England home to observe Maxwell’s trial, said she was stopped from taking the plunge by “Maxwell and company” moments before jumping but that at the time, “that extremely risky escape seemed more appealing than being raped one more time.”

One woman, “Kate,” a former British model who testified at trial, spoke of the “silent screams” inside the minds of girls who were not yet adults when Maxwell and Epstein flashed wealth and ties to famous and powerful people before subjecting them to sex abuse and then fear so they would never disobey their prurient quests.

Calling Maxwell “dangerous and devious,” Maria Farmer said her intersection with the pair and sexual assault by Epstein during a trip to Ohio cost her a promising career as an artist and leaves her still feeling unsafe outside, firm in a belief that Maxwell will harm her “if she ever has a way”. She is the sister of Annie Farmer.

Another, Virginia Giuffre, said Maxwell “opened the door to hell” as she joked that she was like a new mother to dozens of girls and young women she fed to her financier boyfriend and later boss. “Ghislaine, like a wolf in sheep’s clothing, you used your femininity to betray us, and you led us all through it.”

She added: “You could have put an end to the rapes, the molestations, the sickening manipulations that you arranged, witnessed and even took part in. You could’ve called the authorities and reported that you were a part of something awful. … Ghislaine, you deserve to spend the rest of your life in a jail cell. You deserve to be trapped in a cage forever, just like you trapped your victims.”