THIRTY people are missing and two firefighters have drowned after six homes collapsed during intense flooding in Germany.

The homes came down in Rhineland-Palatinate in the south-west of the country last night, SWR reported. 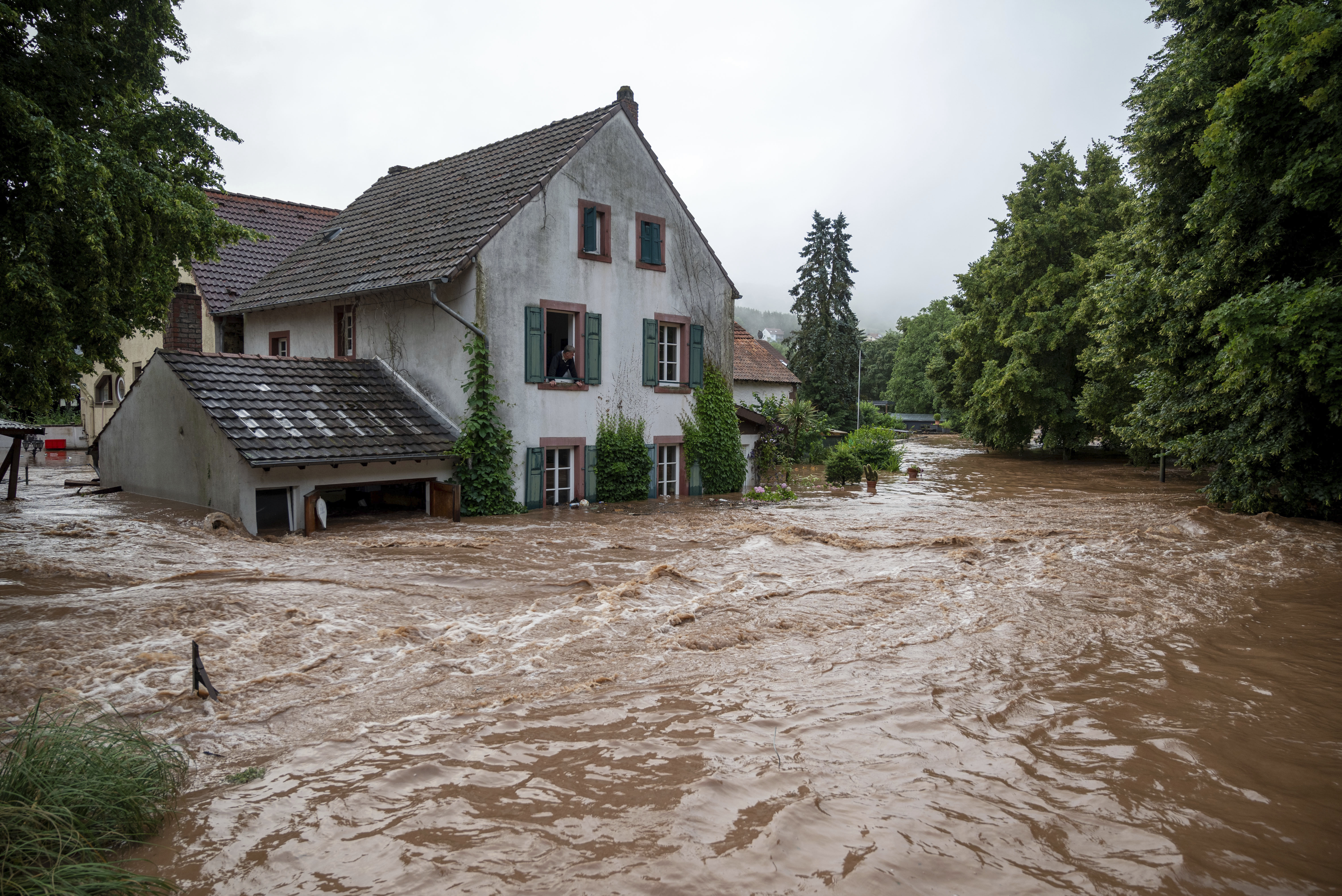 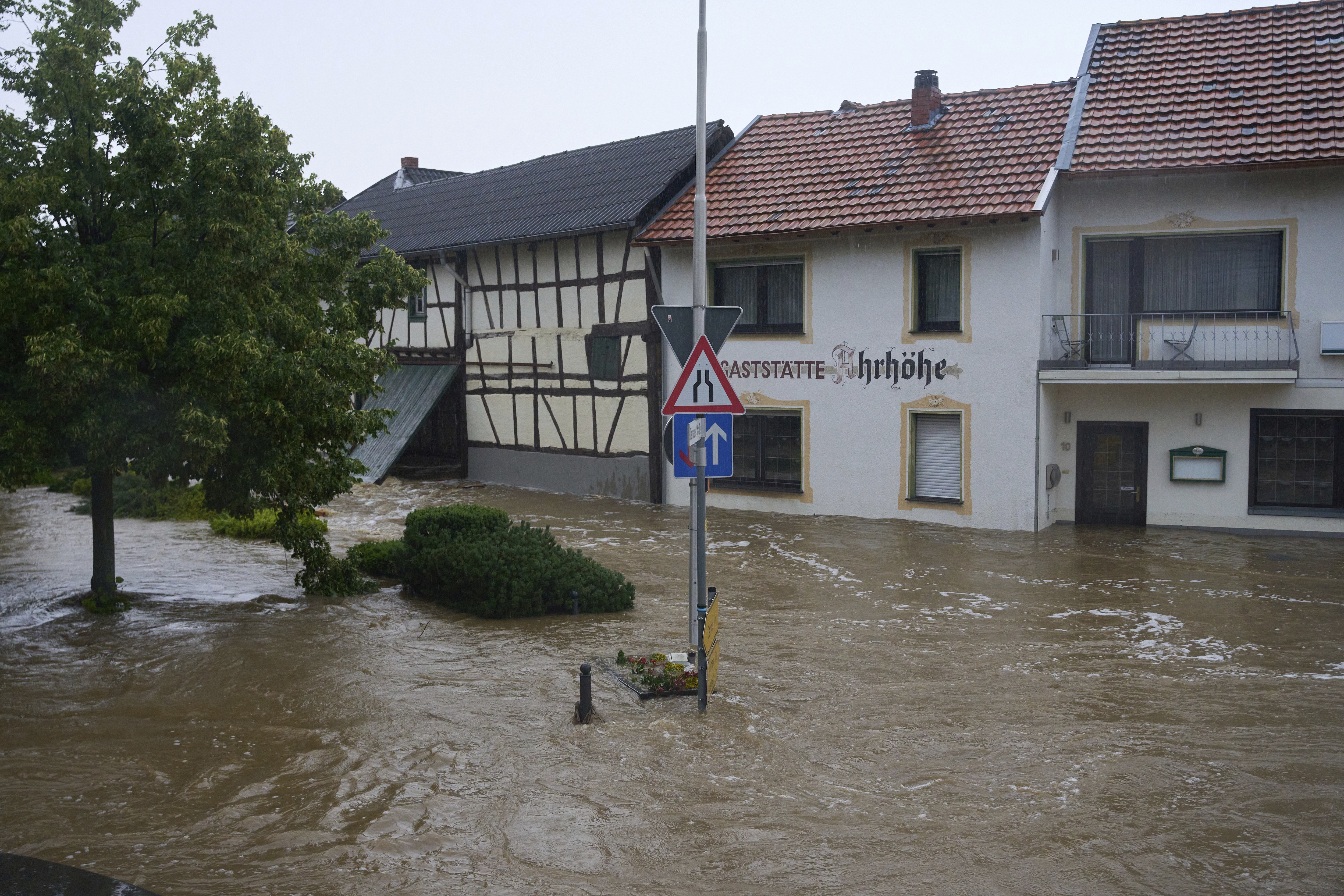 Two firefighters drowned while trying to save those left stranded by the floods.

The army was sent out to help residents yesterday.

As many as 25 more homes in the Schuld bei Adenau district are reportedly in danger of suddenly collapsing.

The situation in the rural area of Eifelkreis Bitburg-Prum has been described as "extremely dangerous".

A family of five is reportedly stranded in their home while being surrounded by rising water – with rescue attempts proving unsuccessful.

Homes within a 50-metre radius of the Ahr River have been urgently evacuated.

Residents were seen climbing onto the roofs of their homes in a desperate attempt to be rescued by helicopters.

The city of Hagen declared a state of emergency after the banks of the Volme river burst.

Rail and road transport has been disrupted by the torrential downpours and the flooding.

More storms are expected to hit southwestern Germany today and could last until tonight, forecasters said.

Environment official Bernd Mehlig told WDR: "We see this kind of situation only in winter ordinarily.

"Something like this, with this intensity, is completely unusual in summer." 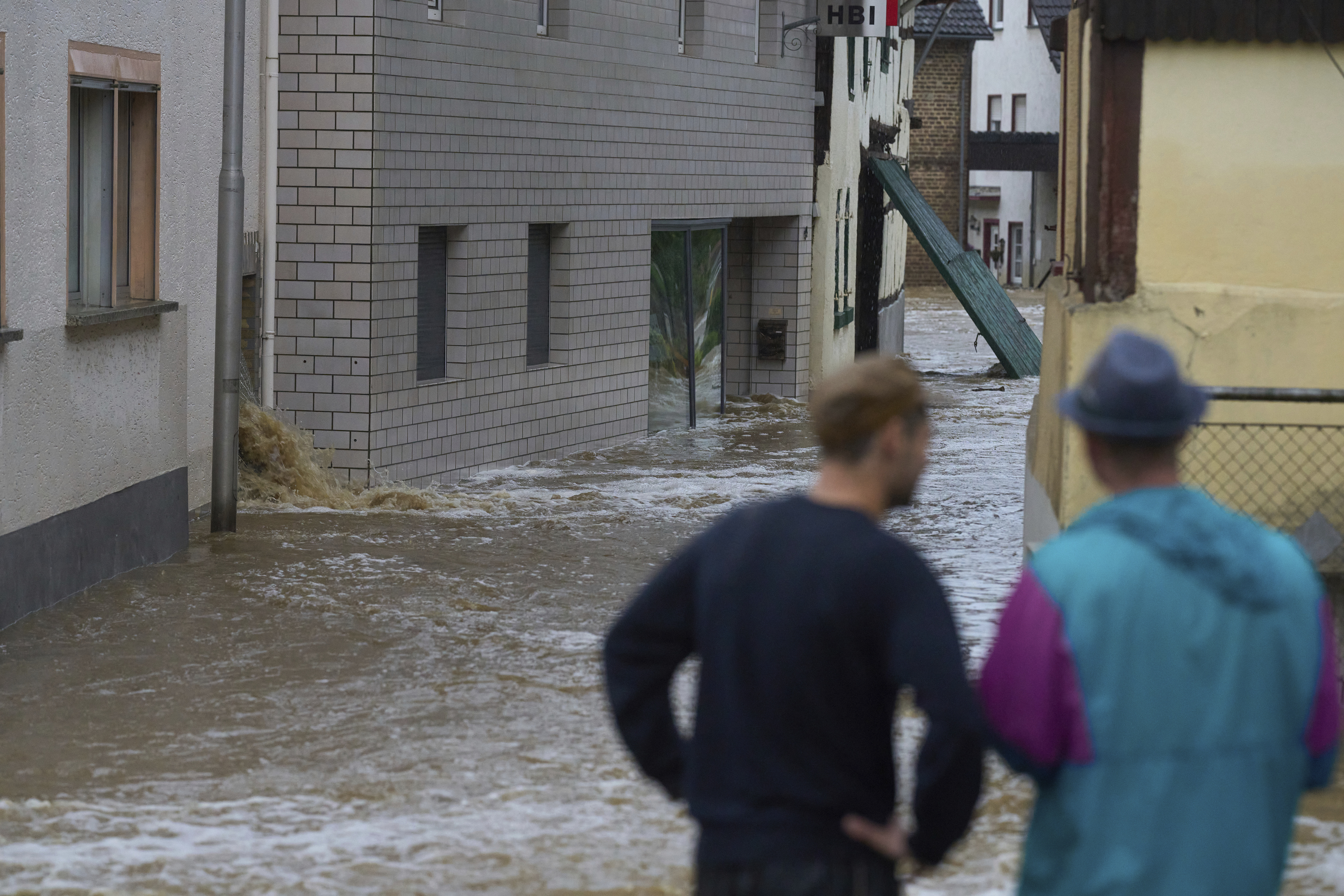