A George Floyd mural in Houston was defaced with a racial slur Thursday just days after former Minneapolis police officer Derek Chauvin was found guilty in his death, authorities said.

The slur was tagged with graffiti and said the “lives don’t matter,” according to reports. Houston Police Chief Troy Finner on Thursday urged the city not to pay attention to “one stupid individual.”

The slur was covered by the artist who created the mural, Daniel Anguilu. He said his piece was created to offer support and healing for the community.

“My intention with this mural … was of support first, but also to help our communities heal from some of the issues that we’re facing,” he said.

Anguilu noted it wasn’t the first time that the mural has been defaced. He called it “a reminder that we just have to keep working and continue to do the work that we believe in.”

The mural was created after Floyd — a 46-year-old Black man and longtime resident of Houston — was killed last May. 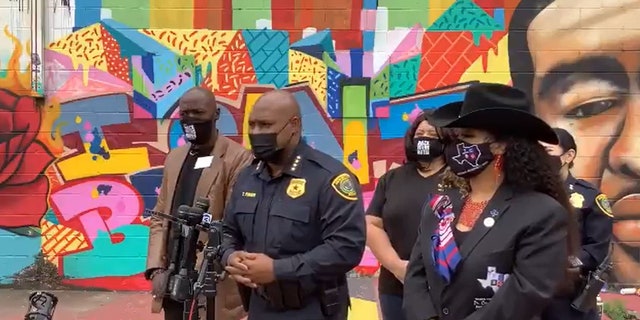 “Our city has been peaceful,” Finner said Thursday. “The verdict came in, and it was the right verdict. Some people are upset about it. But one thing, in Houston, we are going to stick together.”

He added that if the person is caught, they will be held accountable. Meanwhile, Houston police are checking for surveillance video, and are hoping to talk with potential witnesses in the area, Houston’s KPRC-TV reported.