The four-star general who will command the US if government is crippled by coronavirus: Military puts plans in place for ‘extraordinary circumstances’ and martial law

The coronavirus crisis is forcing US military planners to look at ‘extraordinary circumstances’ and prepare for a range of radical scenarios, including the possibility of widespread domestic violence and the deaths of the country’s top politicians.

In a  report published Sunday, Newsweek reveals that standby orders were issued more than three weeks ago to ready Above-Top Secret contingency plans if ‘all Constitutional successors are incapacitated’ and martial law needs to be imposed across the country.

Gen. Terrence J. O’Shaughnessy is the ‘combatant commander’ for the United States and would lead the country if Washington were crippled by the current Covid-19 crisis. 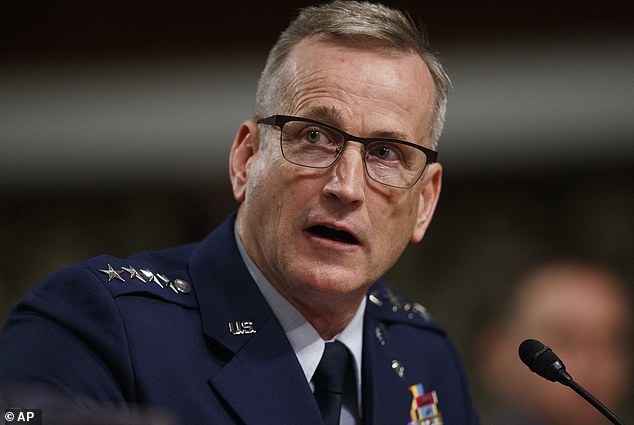 The coronavirus crisis is forcing US military planners to look at ‘extraordinary circumstances’ and prepare for a range of radical scenarios, including the imposition of martial law.  NORTHCOM commander Gen. Terrence J. O’Shaughnessy  (pictured) would lead the country if Washington were crippled by the current Covid-19 crisis

O’Shaughnessy, 55, is a four-star general who graduated from the United States Air Force Academy in 1986.

The Canadian-born command pilot, who moved to the US at the age of four, was previously the Deputy Commander for the United Nations Command in Korea.

He is now the Commander of NORTHCOM, a military authority created in the aftermath of September 11, 2001, with the aim of ‘defending America’s homeland — protecting our people, national power, and freedom of action’.

NORTHCOM operates only in support of the government and other civil authorities, and are charged with dozens of secret assignments, including those to protect the President, Vice President and the Secretary of Defence.

Due to such contingency plans it seems highly unlikely that martial law could be imposed and that Gen. O’Shaughnessy could command the country. 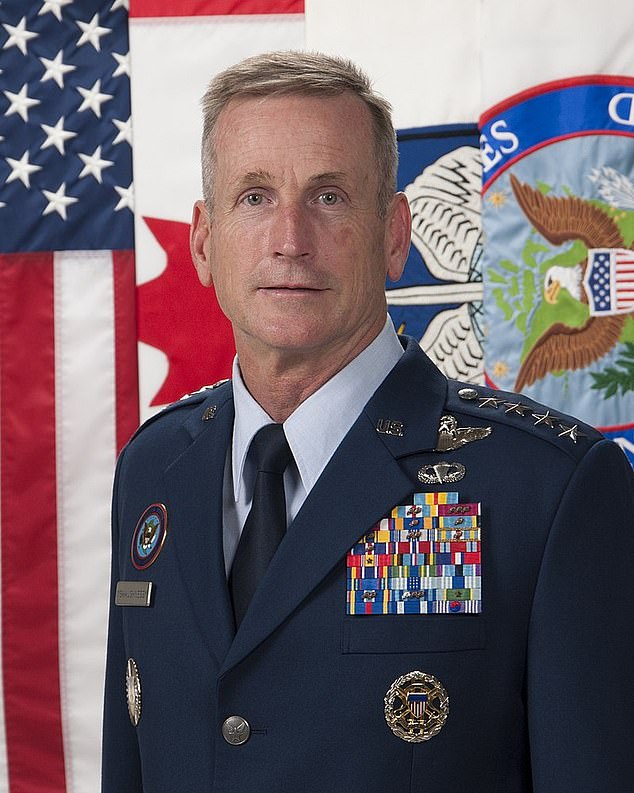 O’Shaughnessy, 55, is a four-star general who graduated from United States Air Force Academy in 1986

Even if that were to happen, marital law would only be temporary measure, until a new civilian leader was installed.

However, there are currently more pertinent debates unfolding about when the armed forces and its reserves would be allowed to exercise ’emergency authority’, particularly if widespread violence breaks out across the country due to food shortages, financial troubles or other chaos caused by coronavirus.

After the New York National Guard was called to the New York city of New Rochelle earlier this week to help keep containment zone in place, officials told the public that those serviceman and women were not preset to serve a ‘policing function’. 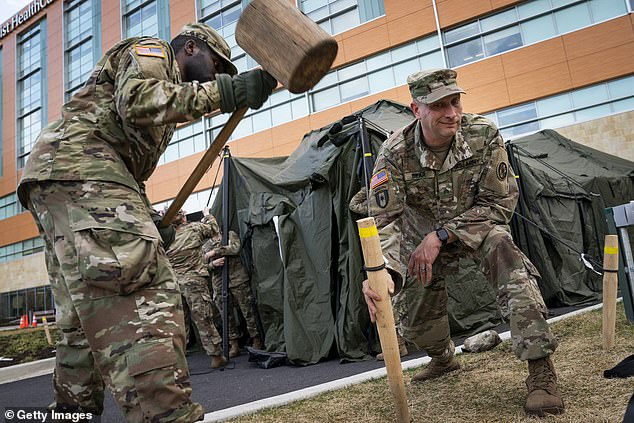 Members of the Maryland Army National Guard work to set up a triage tent earlier this week. Neither the National Guard nor the Armed Forces serve a policing function 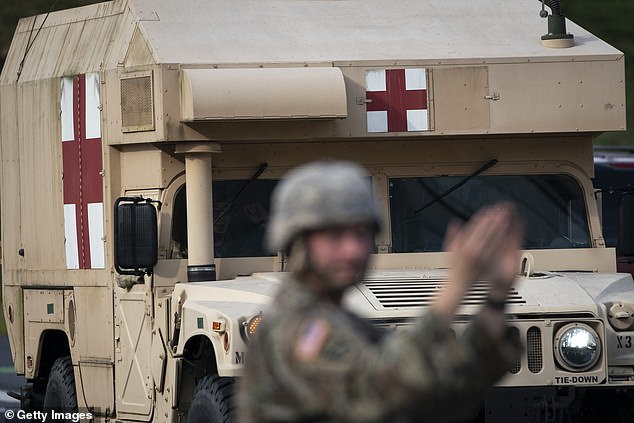 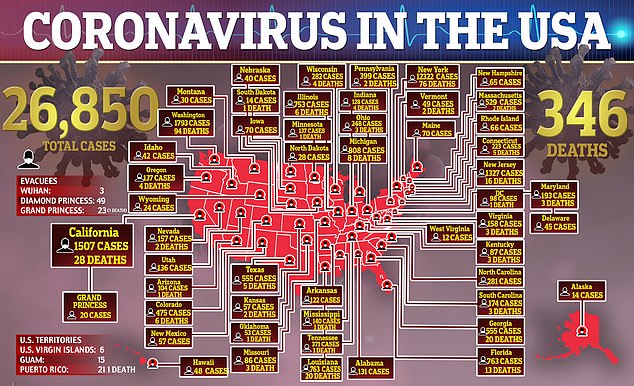 More than 26,000 people have tested positive to Covid-19 in the United States, and 346 Americans have died 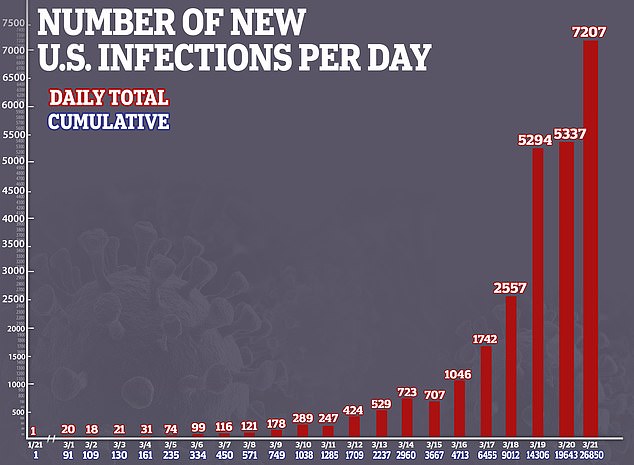 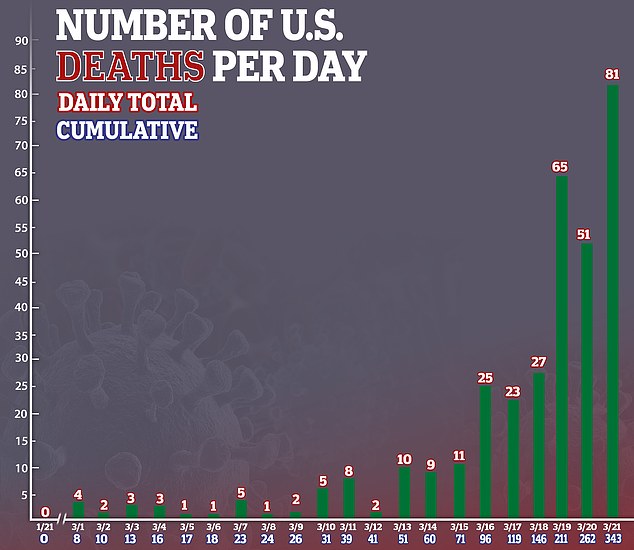 However, The Pentagon appears to be taking no chances during the rapidly-evolving crisis.

In recent days they have implemented a ban on almost all overseas travel for military personnel for 60 days and issued guidance to keep ‘all uniformed personnel on or near military bases’, according to Newsweek

According to one military planner who spoke with Newsweek, most contingency plans are designed to be implemented for external threats, such as a terrorist incidents – but Covid-19 has upended the way that planners understand the idea of an attack.

‘In scenarios where one city or one region is devastated, there’s a pretty straightforward process,’ they stated.

‘But with coronavirus, where the effect is nationwide, we’re in territory we’ve never been in before.’ 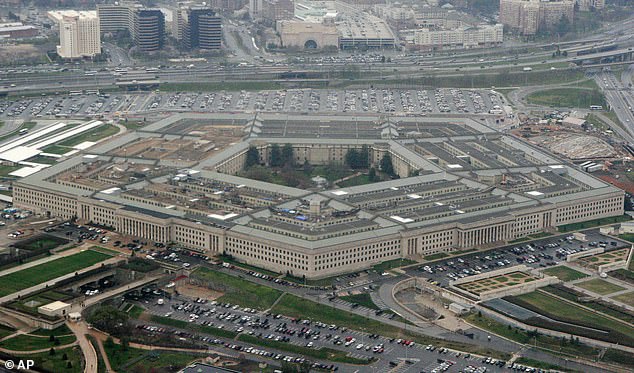 The Pentagon appears to be taking no chances during the rapidly-evolving crisis, keeping military members close to bases 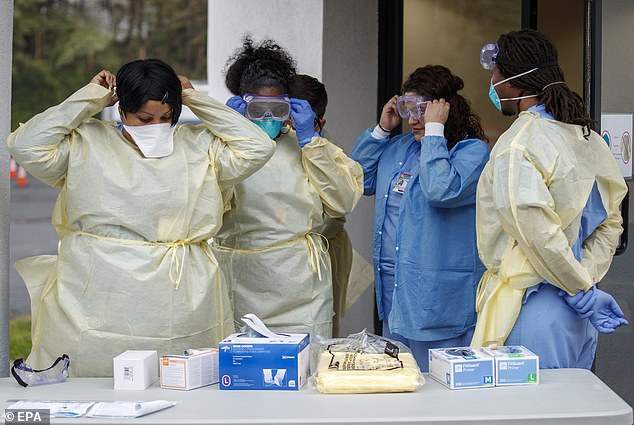 ‘With coronavirus, where the effect is nationwide, we’re in territory we’ve never been in before’: COVID-19 has upended the way military planners conceive of threats. Healthcare workers are pictured in Virginia on Thursday