Gavin Williamson vowed to get schools fully open in September yesterday after a poll found most mothers are confident their children will be safe.

The Education Secretary insisted the Government will ‘succeed’ in its pledge to return all pupils to classes thanks to the determination of parents.

He said the return was ‘our national priority’ and warned that not doing so would ‘fail our children’.

Just 3 per cent of mothers are worried that classrooms will be risky, while only 7 per cent are concerned that coronavirus measures will be upsetting for children, a survey for Mumsnet found. 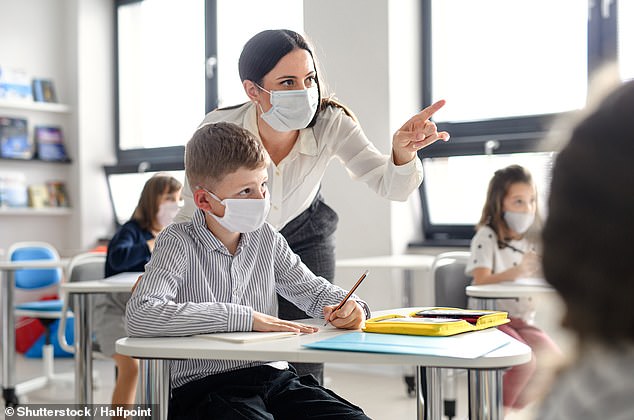 There were also concerns about the impact of the closure of schools between March and July. More than four in five mothers whose children will sit GCSEs or A-Levels next summer were worried the shutdown may have harmed their results.

It came a week after a survey by the Office for National Statistics found that 88 per cent of parents with school-age children said it was very or fairly likely that they would return in September.

Last night Mr Williamson said: ‘Before the summer holidays over 1.6million pupils were back in our schools, and it is our national priority to get all children back in the classroom in September. 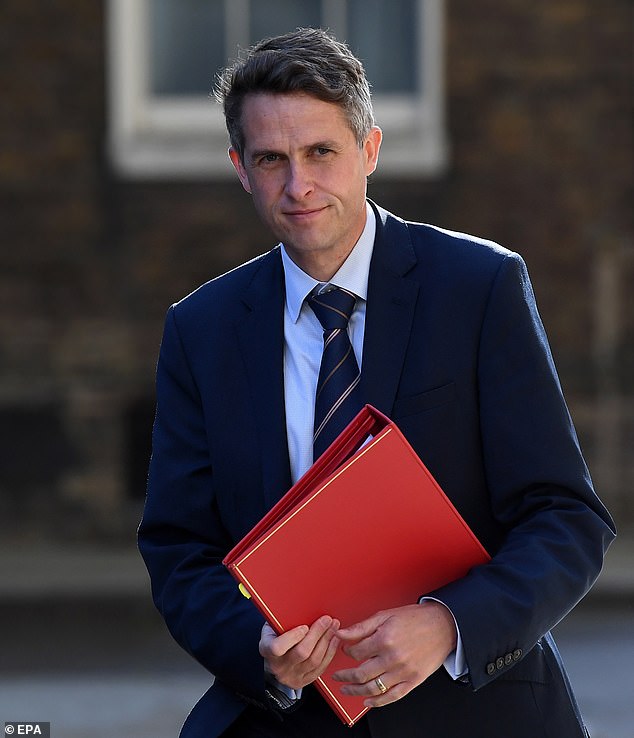 Education Secretary Gavin Williamson (pictured) insisted the Government will ‘succeed’ in its pledge to return all pupils to classes thanks to the determination of parents.

‘Schools are where our children belong – not just for their education, but also for their wellbeing and to be with their fellow pupils and teachers.

‘That is why we are helping schools to prepare for all children to return in a few weeks’ time. Surveys show parents are increasingly confident that is the right thing to do.

‘We will succeed thanks to that same determination to get many pupils back during the last few months and thousands of heads, teachers and school staff across the country are making preparations to welcome the return of all pupils. Because to do any less would be to fail our children.’

The poll showing mothers are confident about the reopening of schools will be a boost for Boris Johnson’s pledge to get every child back for the autumn.

I have no fears for my two. They need this, says happy mother

The science shows it’s safe for her children to return to school next month, insists mother-of-two Amanda Hall.

She said Frankie, 12, and nine-year-old Alfie desperately need to go back for their social development and mental health.

Being off since lockdown has meant they have gone from exercising most days and seeing hundreds of other pupils to interacting with just a handful of friends. 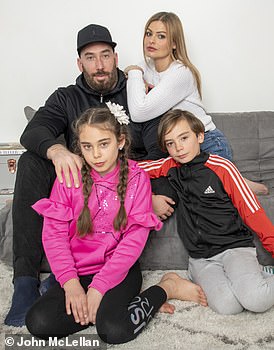 The Hall family from 11 Thor Close, Norwich. Mother-of-two Amanda Hall, 36, and her husband James, 38, say they struggle with the cost of childcare as their combined income puts them just over the threshold for free childcare

Mrs Hall, from Norfolk, said: ‘I am really happy for them to be going back – they have had so much time off and it has often been difficult to occupy them every single day.

‘They need this. They have missed out on seeing their friends, exercise and following a normal routine.

‘Having a prolonged amount of time like this is exhausting. The children will really be looking forward to returning. Going back is so important for their character and development.’

The Hall children do not mix with any vulnerable members of their family, Mrs Hall said, meaning she is not too worried about them spreading the virus.

She added: ‘I am not bothered about the risk of the virus with them. The science shows that children are going to be absolutely fine if they get it.’

However, she says other parents are well within their rights to be unhappy with their children starting school again if they feel uneasy about spreading the virus.

But the commitment is under scrutiny from teaching unions, who have safety worries.

Ministers are facing pressure to allow face coverings to be worn in schools by some students.

Government guidance says face coverings are not required as pupils and staff are mixing in consistent groups.

They also point out that masks are likely to have a huge impact on communication and learning.

But the NASUWT teachers’ union wants the Department for Education to revise its guidance ‘as a matter of urgency’ to help staff return with ‘confidence’.

But MPs warned Britain faces ‘economic armageddon’ unless children go back to class.

Former Tory leader Sir Iain Duncan Smith said: ‘The Government has got to recognise that there is not only one risk in the world called Covid: Economic armageddon is coming down the track.

‘It will result in far more people dying than ever would from Covid and will see the economy going completely flat.

‘Schools are vital to getting the economy going because unless they open, parents can’t get back to work.

‘There’ll be a tsunami of unemployment if we are not careful.

The poll of over 1,000 Mumsnet users also found that children who were able to return to school for a period before the summer break found it beneficial.

Some 77 per cent said their child was happy to be back, including 94 per cent of parents of children in reception.

Among parents whose children have not yet returned to school at all, 75 per cent say that supporting home learning has been stressful.

Mumsnet founder and chief executive Justine Roberts said: ‘The final third of this academic year has been astonishingly stressful for students, teachers and parents alike.

‘It’s great to see that parents are largely confident in schools’ plans for coping with these strange new circumstances, and that most children who had some sort of a return to school were happy to go back.

‘It’s clear, though, that parents of pupils who face public exams next summer are wary and anxious about what will happen, given that so much teaching time has been irrevocably lost.’

The survey came after the Children’s Commissioner for England argued schools should be kept open ahead of pubs or shops.

Anne Longfield said children were ‘an afterthought’ during the first lockdown and young people must be ‘at the heart’ of tackling a resurgence of the virus.