FRANCE has raged at being "stabbed in the back" after Australia tore up a £65bn submarine building contract in favour of Britain and the US.

Foreign minister Jean-Yves Le Drian said his country had been "betrayed" by Aussie PM Scott Morrison as a major international row flared up. 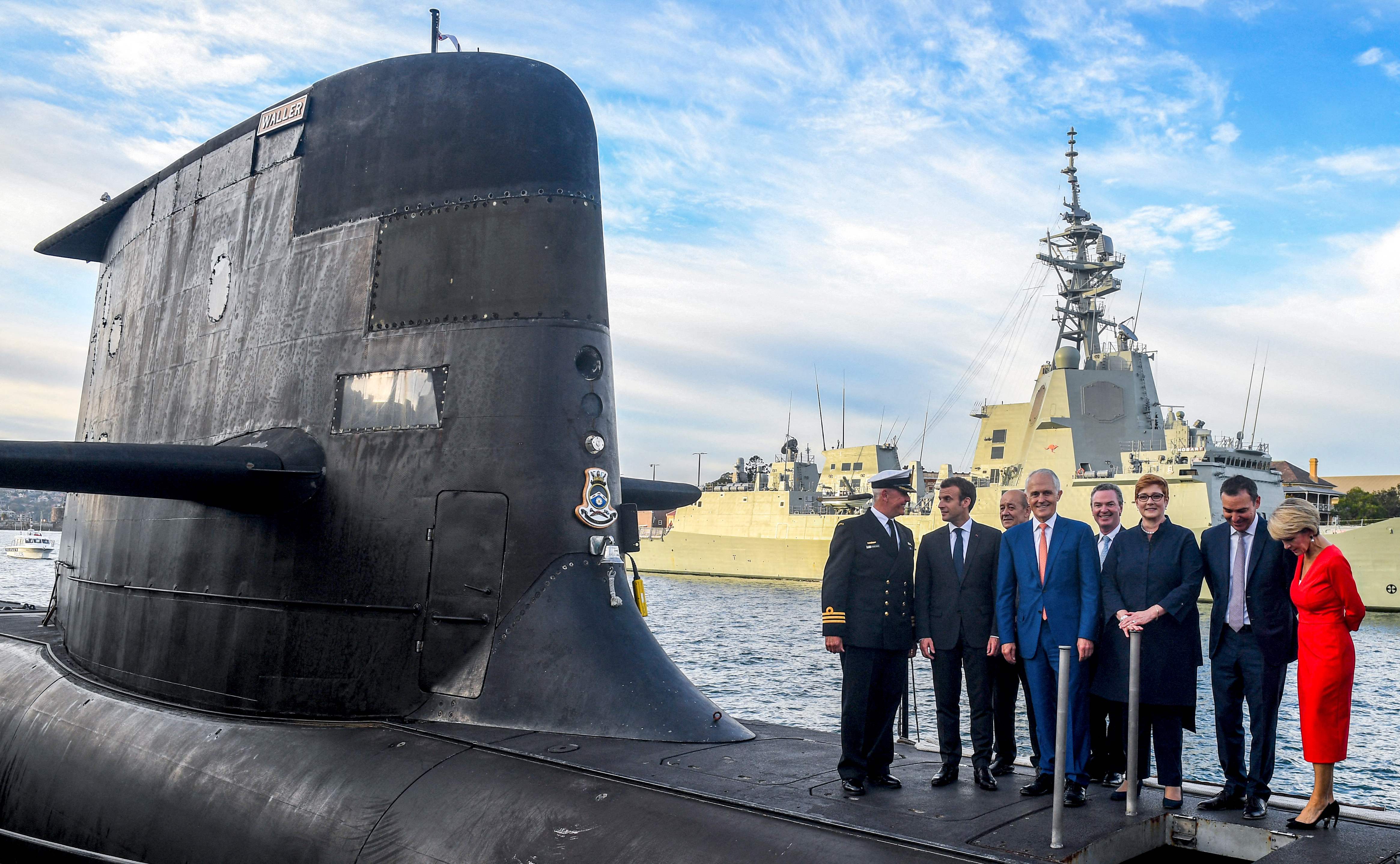 He said he was "very angry and bitter" about the move and fumed: "This is not something allies do to each other."

Others in France also pointed the finger at No 10 and Washington, suggesting they worked together to poach the lucrative contract.

But defence secretary Ben Wallace denied suggestions the UK had "gone fishing" and said Canberra "approached us" over the deal.

It is being seen as a direct response to the growing threat posed by China in the Indian and Pacific oceans.

France had been contracted to build diesel powered subs for the Aussies navy, but they're unsuitable for long-range surveillance.

The announcement comes at a humiliating time for Emmanuel Macron and the EU as the bloc tries to press its own military ambitions.

Brussels is set to unveil its new Indo-Pacific strategy today, with the announcement now set to be overshadowed.

Mr Le Drian said he agreed with suggestions that Paris had been "duped" by Australia over the sub-building contract.

'Stab in the back'

He fumed: "It's really a stab in the back. We had established a relationship of trust with Australia, this trust has been betrayed.

"I'm very angry today, and bitter. This is not something allies do to each other.

"This unilateral, sudden and unforeseeable decision very much recalls what Mr Trump would do.

"We'll need clarifications. We have contracts – the Australians need to tell us how they intend to get out of them."

French defence minister Florence Parly also suggested the move would dent his country's relations with the US.

He raged: "In terms of geopolitics and international relations, it's serious."

Other senior figures in France also lashed out against the decision to ditch the submarine contract.

"This behaviour between allies is not acceptable. It will also be necessary to learn lessons on the political support of such contracts.

This behaviour between allies is not acceptable

Gérard Araud, a former French ambassador to Washington, added: "The world is a jungle.

"France has just been reminded this bitter truth by the way the US and the UK have stabbed her in the back in Australia. C’est la vie."

The PM insisted that the UK's "military relationship with France is rock solid" despite the row.

He told the Commons: "This Government's commitment to Nato is absolutely unshakeable and indeed has been strengthened by the massive commitments we have made, the biggest uplift in defence spending since the Cold War."

New Zealand and Canada, which along with the US, UK, and Australia are members of the Five Eyes intelligence group, appeared to have been sidelined.

Kiwi PM Jacinda Ardern immediately declared the Aussie subs would be banned from her county's waters in line with its non-nuclear policy.

China, which is widely seen as the target of the new alliance, also blasted the Western allies for possessing "a Cold War mentality".

But the new deal is likely to provide a boon to British workers, creating hundreds of new highly skilled jobs.

Rolls-Royce in Derby and BAE systems at Barrow-in-Furness are both expected to be involved in delivering the new submarines.