A FIVE-STORY building under construction in Washington DC crumbled on Thursday, trapping a worker for more than an hour under the wet rubble as tornado warnings were issued.

“After an hour-and-a-half of work, DC Fire and EMS were able to remove the trapped worker from the rubble,” Fire Chief John Donnelly told reporters outside the pile of cracked wood and concrete at the Kennedy Street NW property. 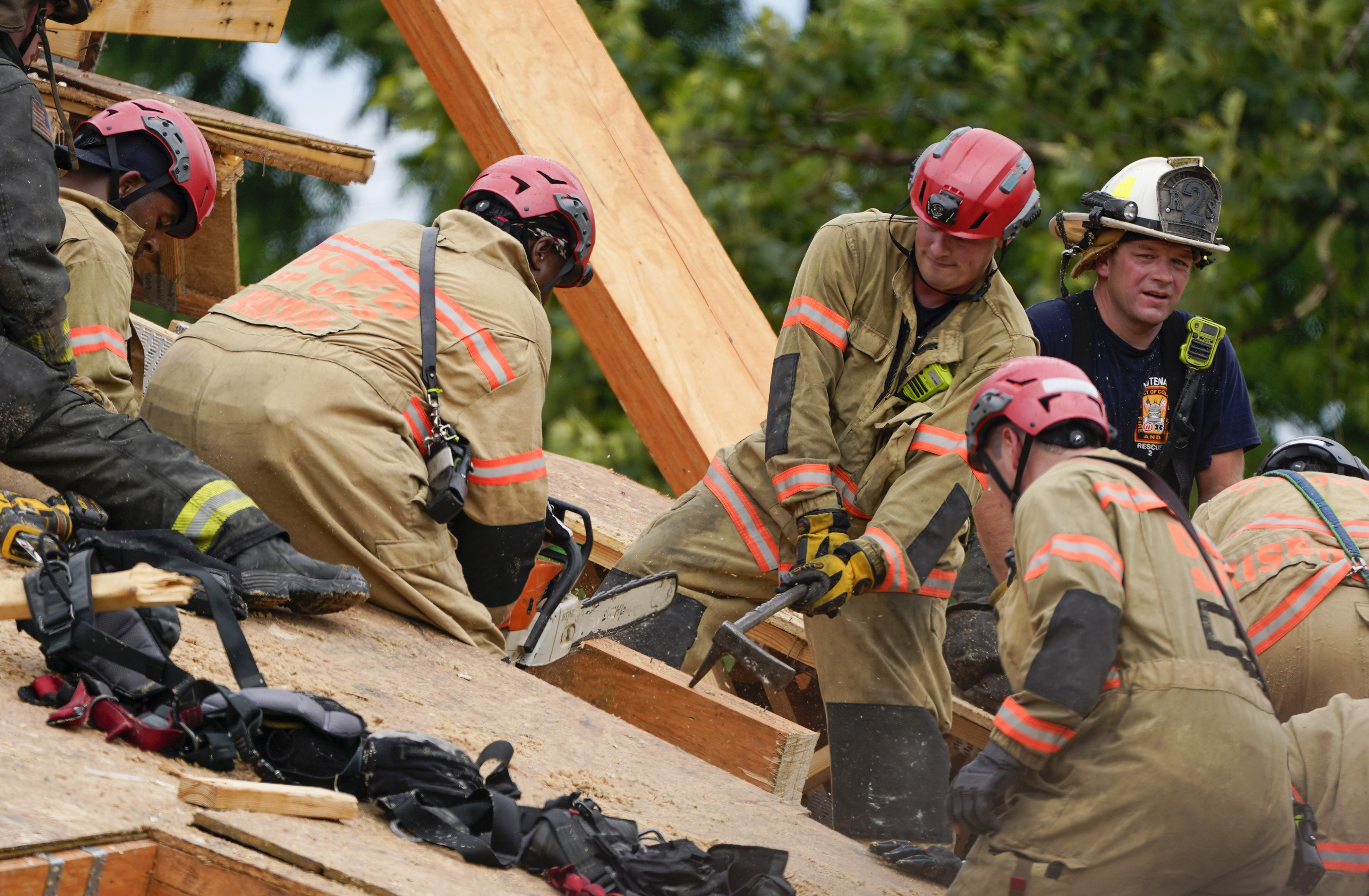 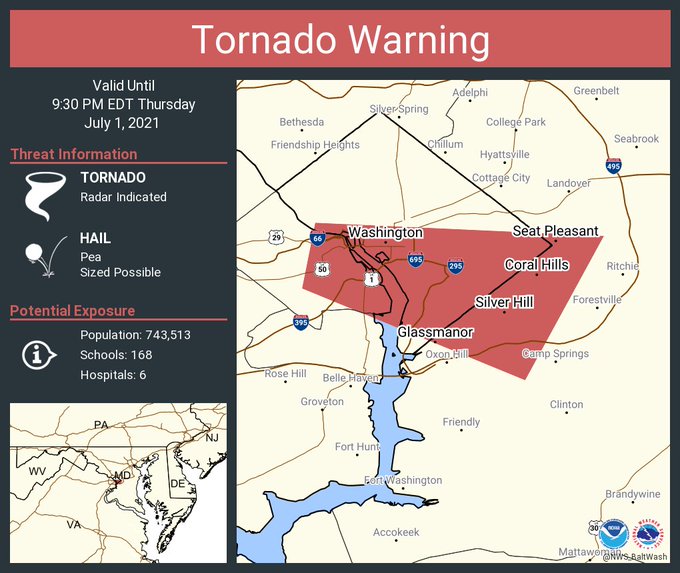 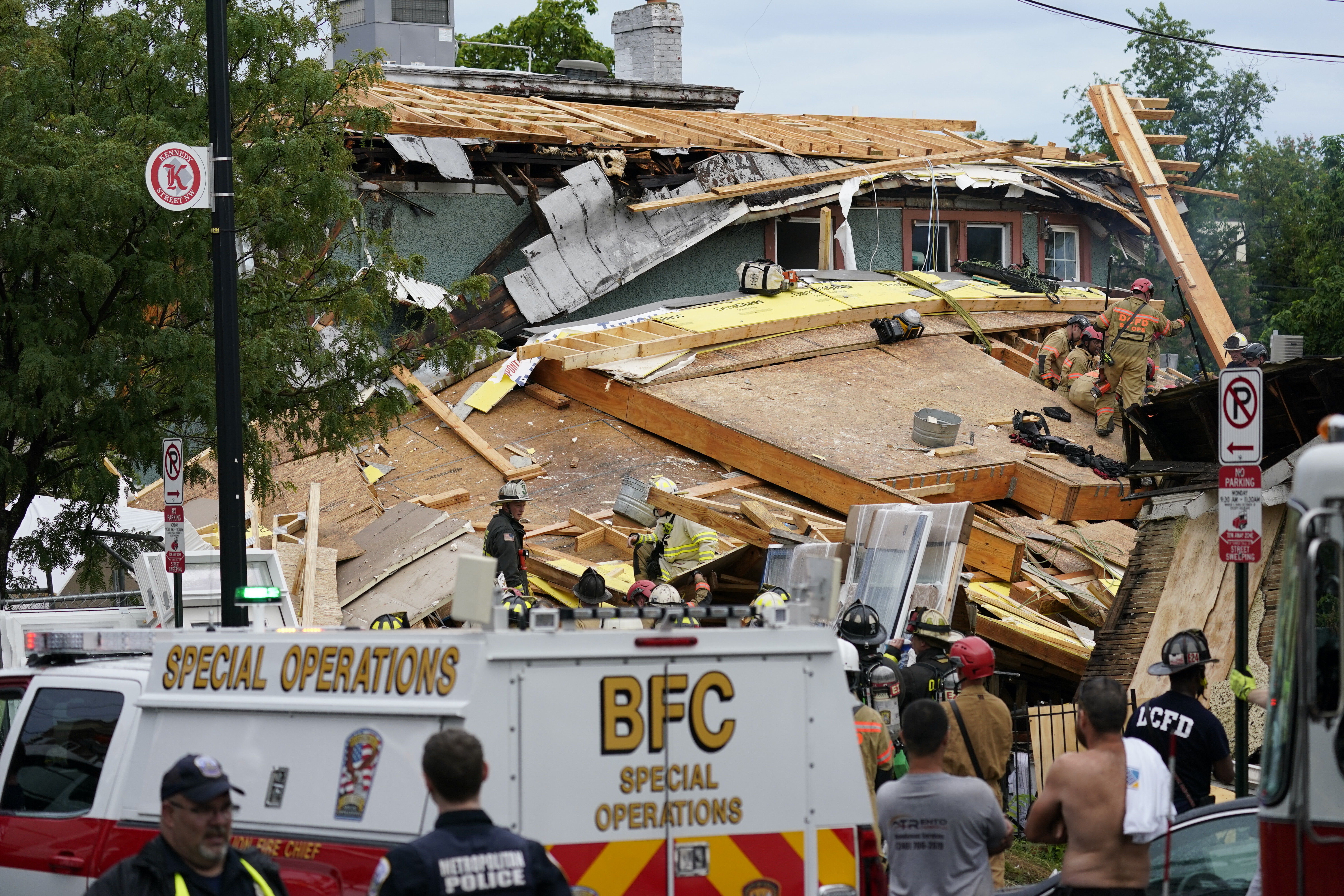 “He was trapped under about three floors of debris,” he told reporters after the triumphant rescue, adding that the worker went to the hospital and suffered “serious but non-life-threatening injuries.”

The “pancake collapse” occurred at around 3:30pm just as the nation’s capital and neighboring areas including Maryland were bracing for tornadoes well into the late evening, according to the National Weather Service.

Rescue crews and firefighters worked heavy saws, crowbars and hand clawed through the debris made up of massive plywood to pull four construction workers. 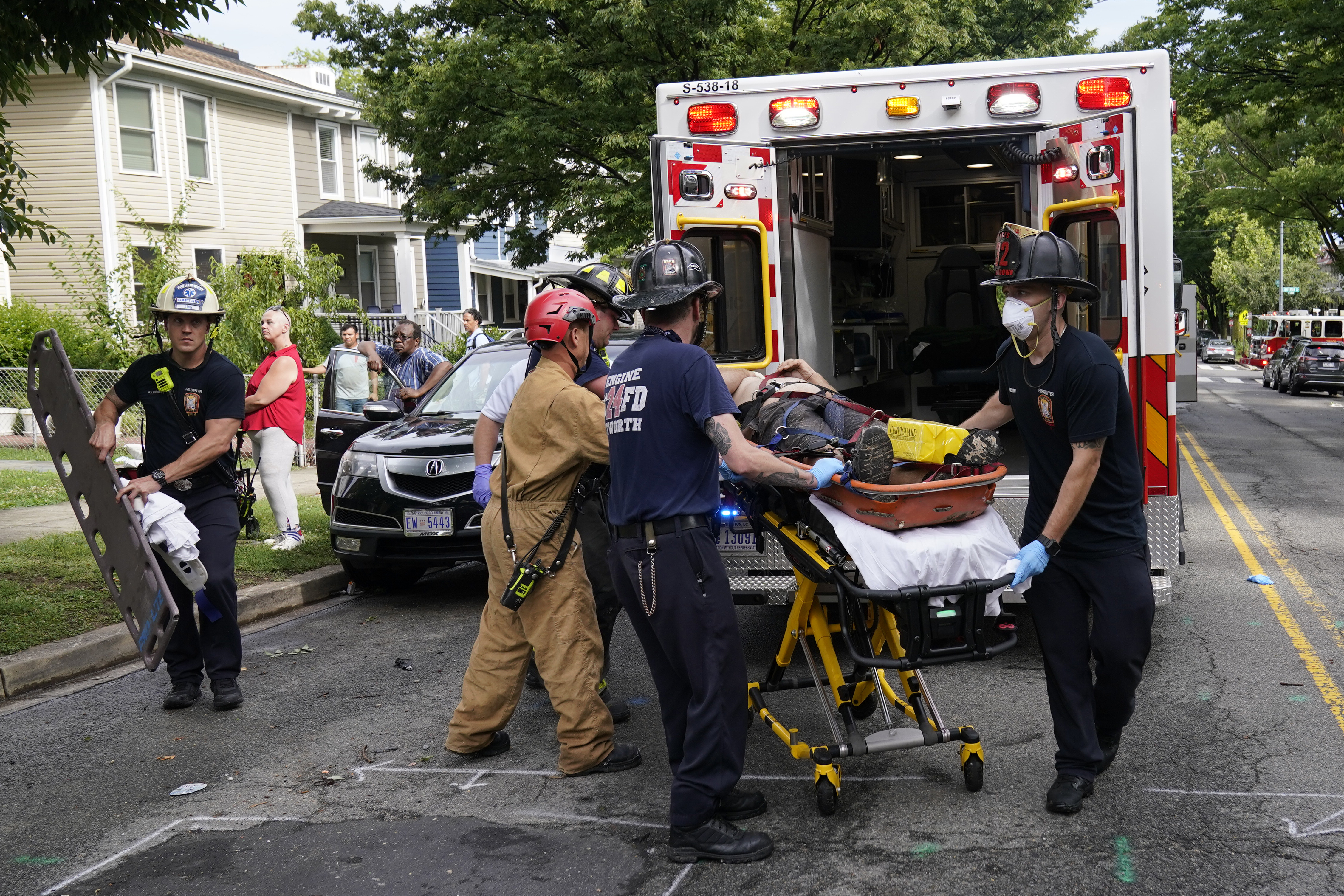 After they lifted the fifth and believed to be final worker underneath the concaved structure, the man gasped “Ow, ow” and asked for sips of water and to be able to call his mom, according to WRC-TV.

The worker was very lucky.

“We’ve seen these before where the people didn’t [survive] so he was definitely blessed today,” Chief Donnelly noted.

Nextdoor neighbor Edward Constable was napping in his bedroom when he was woken by multiple floors coming down at once and soaked in water.

“Next thing I know, there is water pouring in the bedrooms," Constable said

Other neighboring homes were evacuated as a precaution and a K-9 team searched the wreckage twice to be certain there weren’t any other survivors Donnelly confirmed.

The incident comes days after Friday night’s 12-story Champlain Towers collapse in Miami where nearly a week later 18 people have been confirmed dead and more than 145 remain missing.