Fightfighters are currently tackling a huge blaze at a hotel that appears to have started in a disused ballroom of the building.

Residents of the area on the outskirts of Middlesbrough gathered outside the Marton Hotel and Country Club in Marton-in-Cleveland to see the hotel engulfed in flames.

Black smoke can be seen billowing from the rear of the building, which closed in October 2017. Witnesses said the fire appears to be concentrated in the area where the ballroom was situated.

Parts of the building appeared to have collapsed and the blaze could be seen coming out of the windows while bystanders watched on in horror – some even took their dog along to watch the inferno. 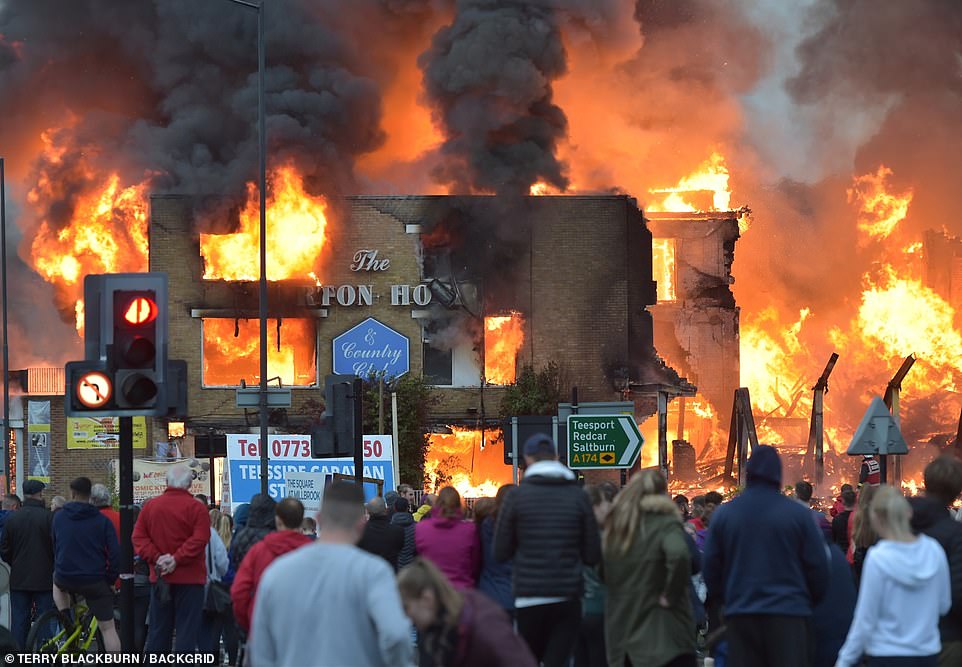 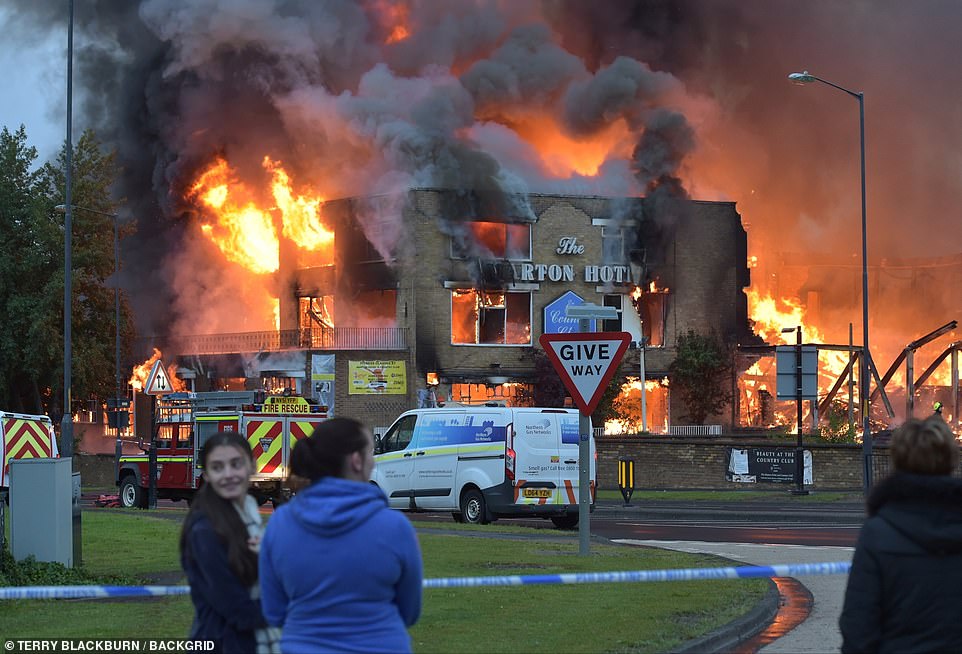 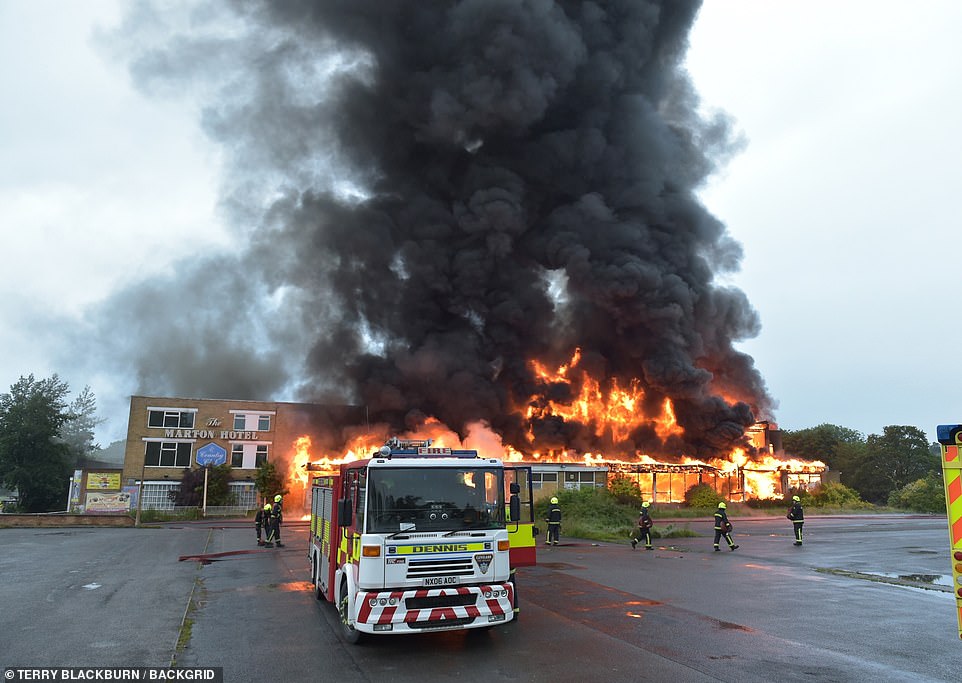 The property is boarded up after standing derelict for more than a year.

Fire engines could be seen at the scene and a crane had been erected in order to pour water on the burning building.

In 2017 the hotel closed down after ‘much regret’ as the owners said it had been making significant losses, according to Teeside Live.

In a statement released in October last year, the owners said: ‘It is with much regret that the directors of Marton Country Club Ltd have to announce that the company has ceased to trade with immediate effect.

‘After many years of supporting the company with personal funds the directors can no longer afford to invest in a business that is not financially viable.

‘The number of new national and international hotels and restaurants, as well as a decrease in demand for the more traditional style hotel, has seen a huge drop in trade.

‘This has resulted in significant losses being made on a monthly basis leaving the company in a position where it is no longer able to meet its liabilities.’ 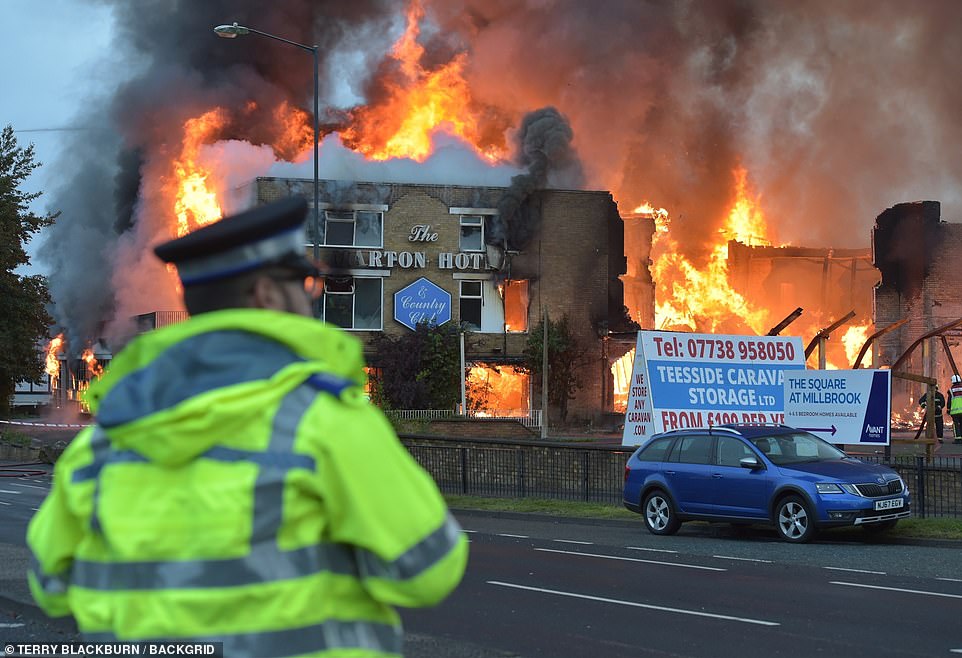 A police officer watches on as the blaze continues to rip through the hotel. Firefighters can also been seen stood outside 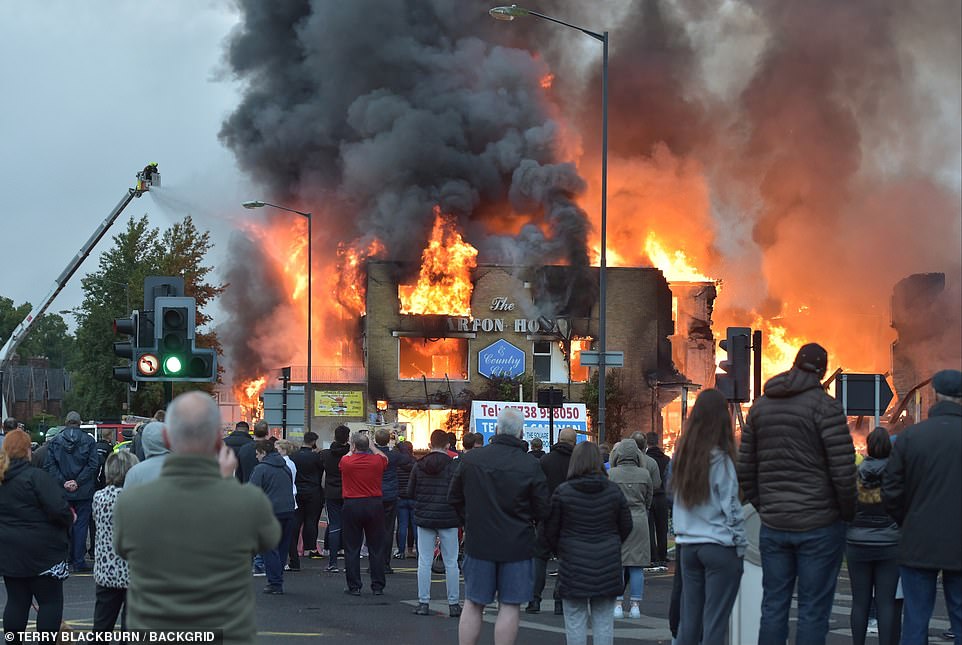 When open the hotel had been owned by former Middlesbrough board member and president and property developer Charles Amer.

He died in 2012 at the age of 100, with the ownership of the struggling hotel being passed down to the Amer family.

The hotel had been a popular place in the area for events and had previously hosted things such as Comic Con.