A FILM fan is hiring out his a Ghostbusters car to carry coffins to funerals.

Paul Harbourne spent two years and £50,000 renovating a Cadillac Miller-Meteor like the one in the cult movie. 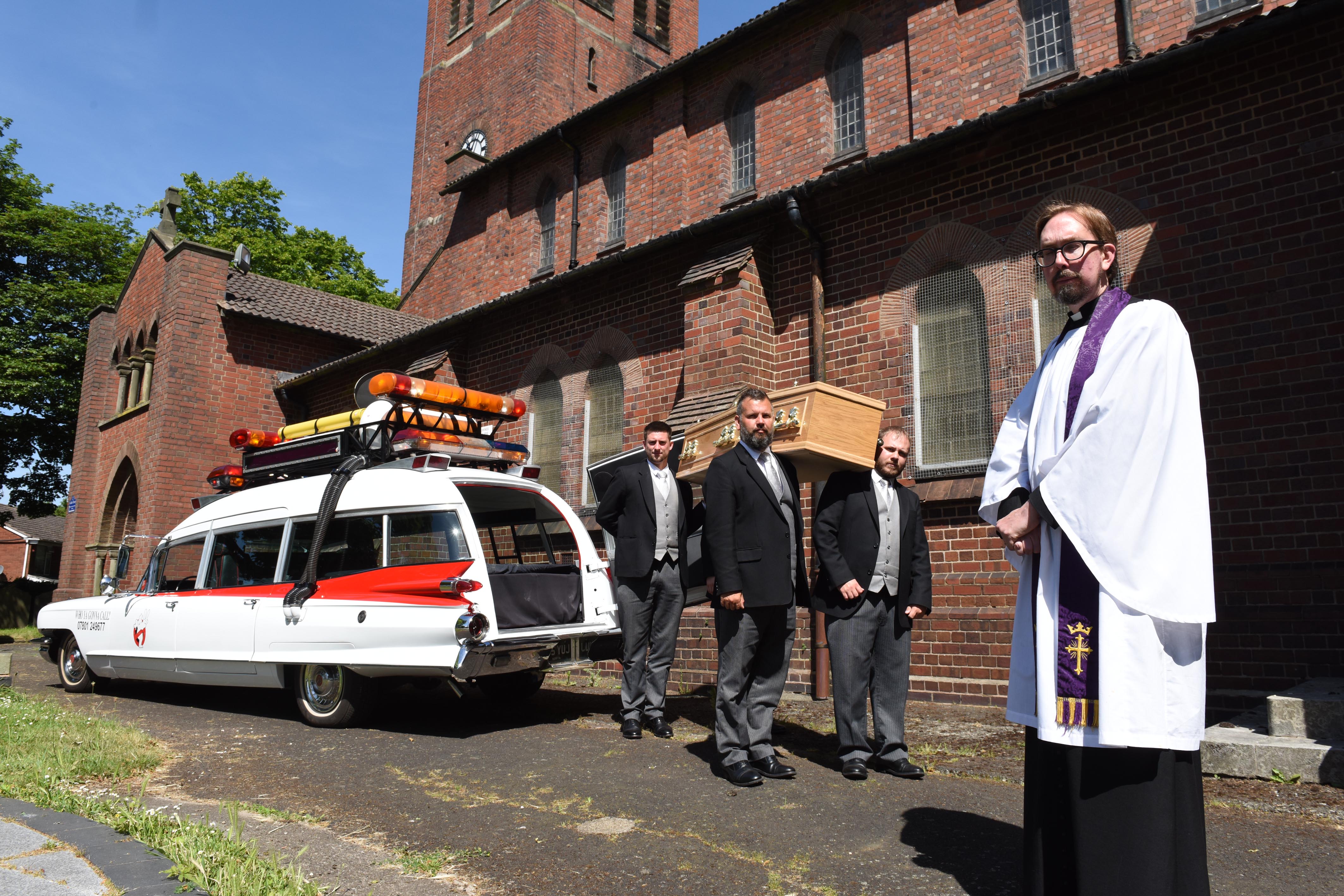 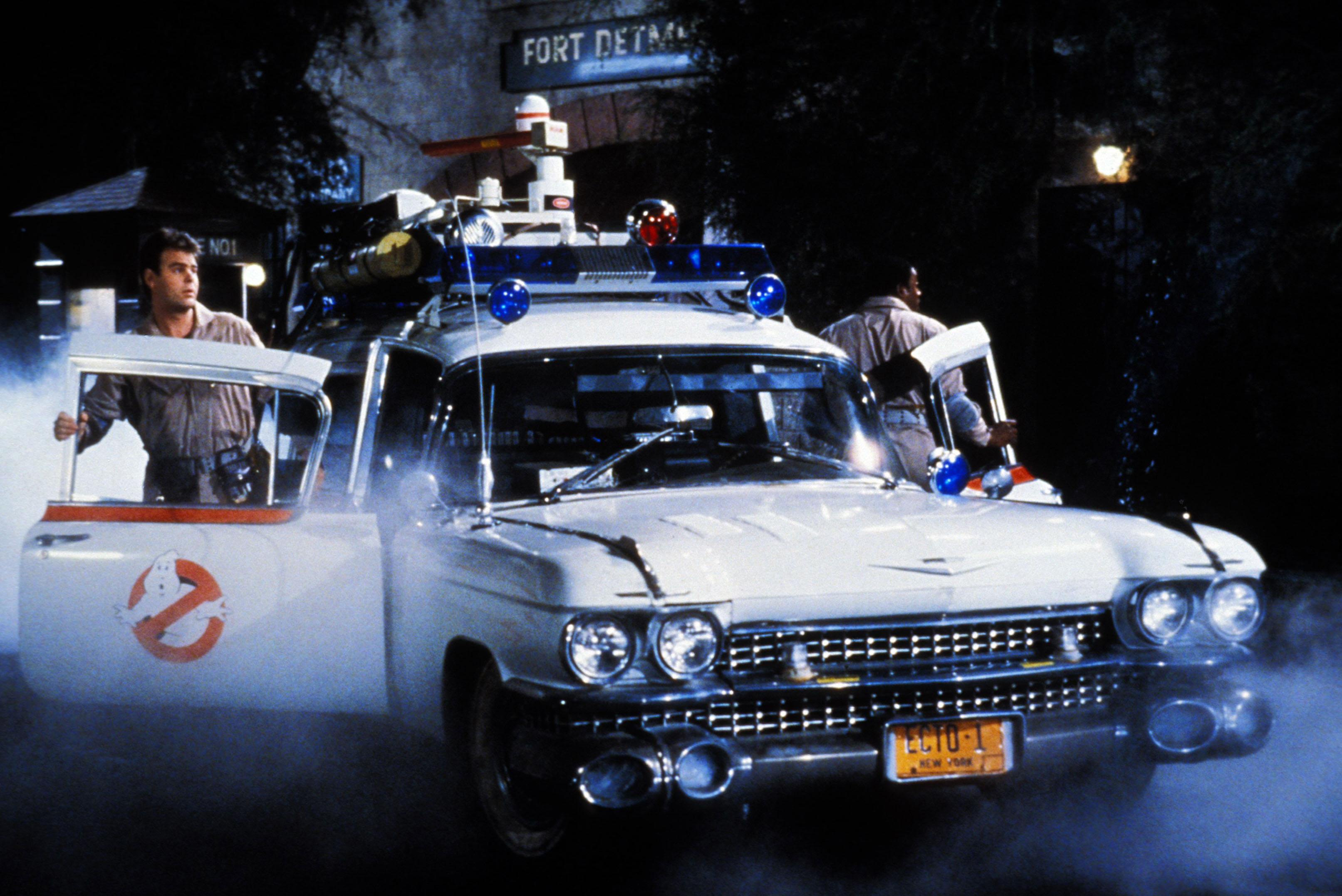 After buying the motor on eBay, he painted it white for weddings.

But he then added a Ghostbusters logo and ghoul-catching gear after a call about funerals.

The dad of five and business partner Tim Jordan now hire out their own Ecto-1 replica for £360 an hour to transport coffins.

They wear costumes like those in the 1984 film with Dan Akroyd and Ernie Hudson, and play its theme 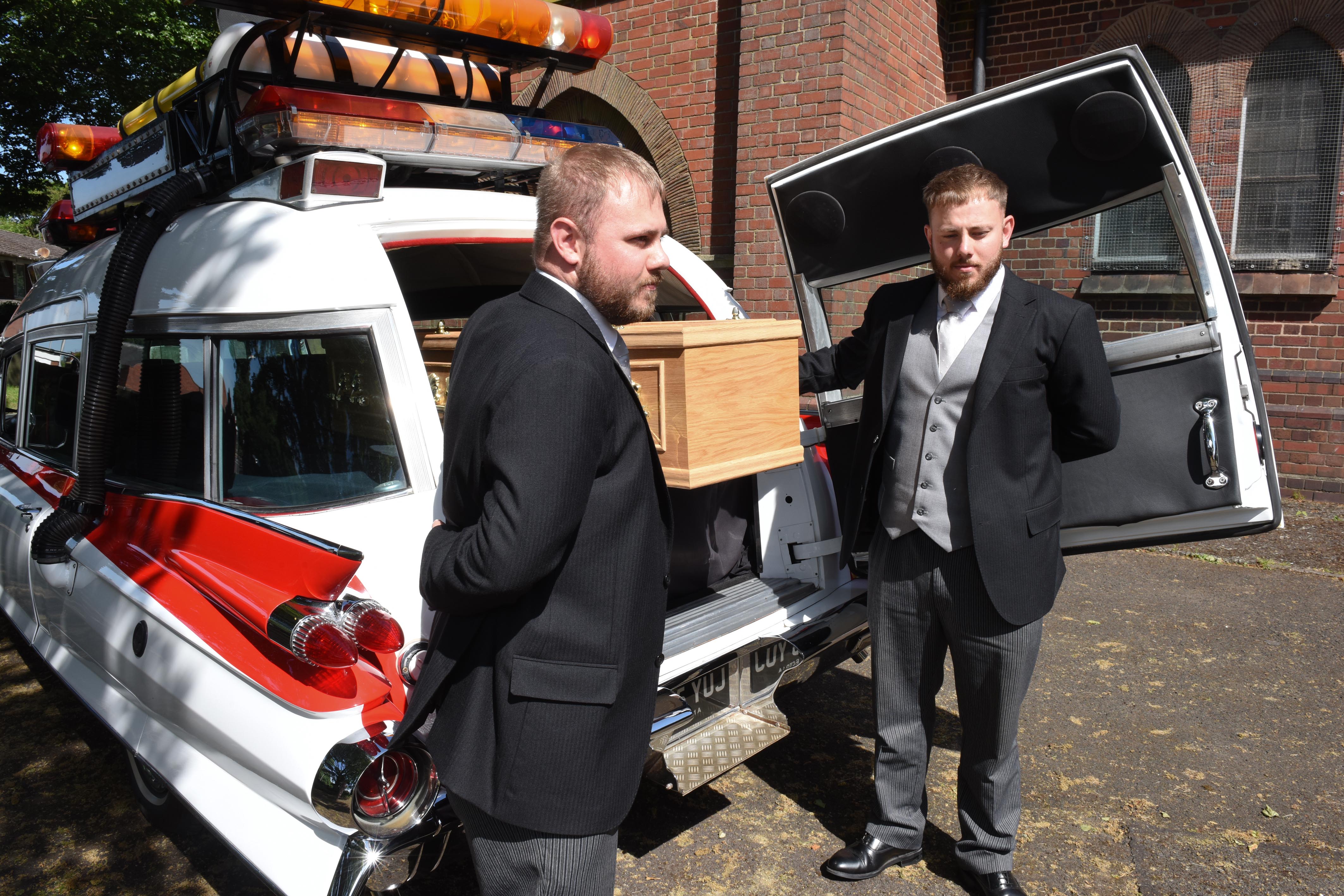 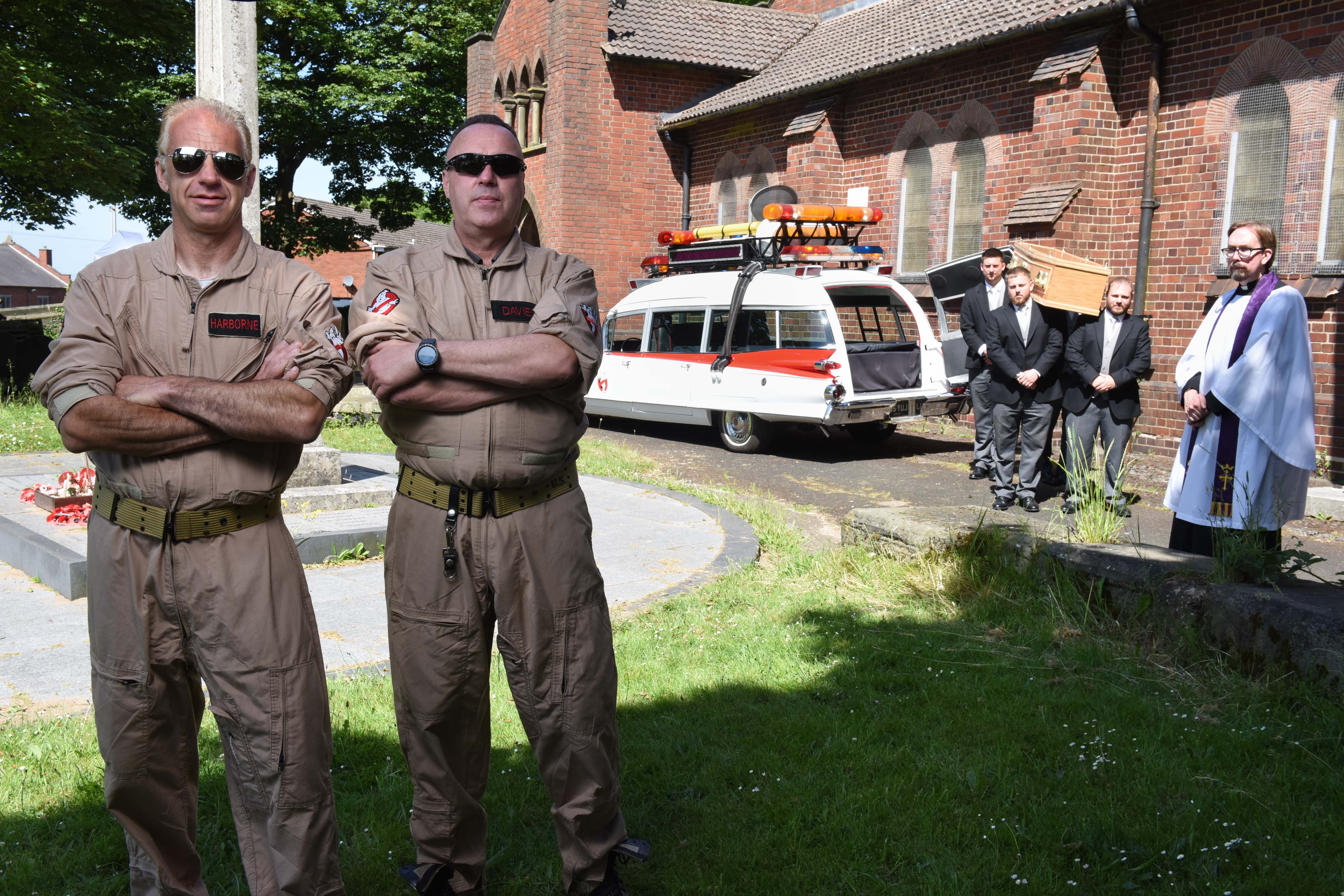 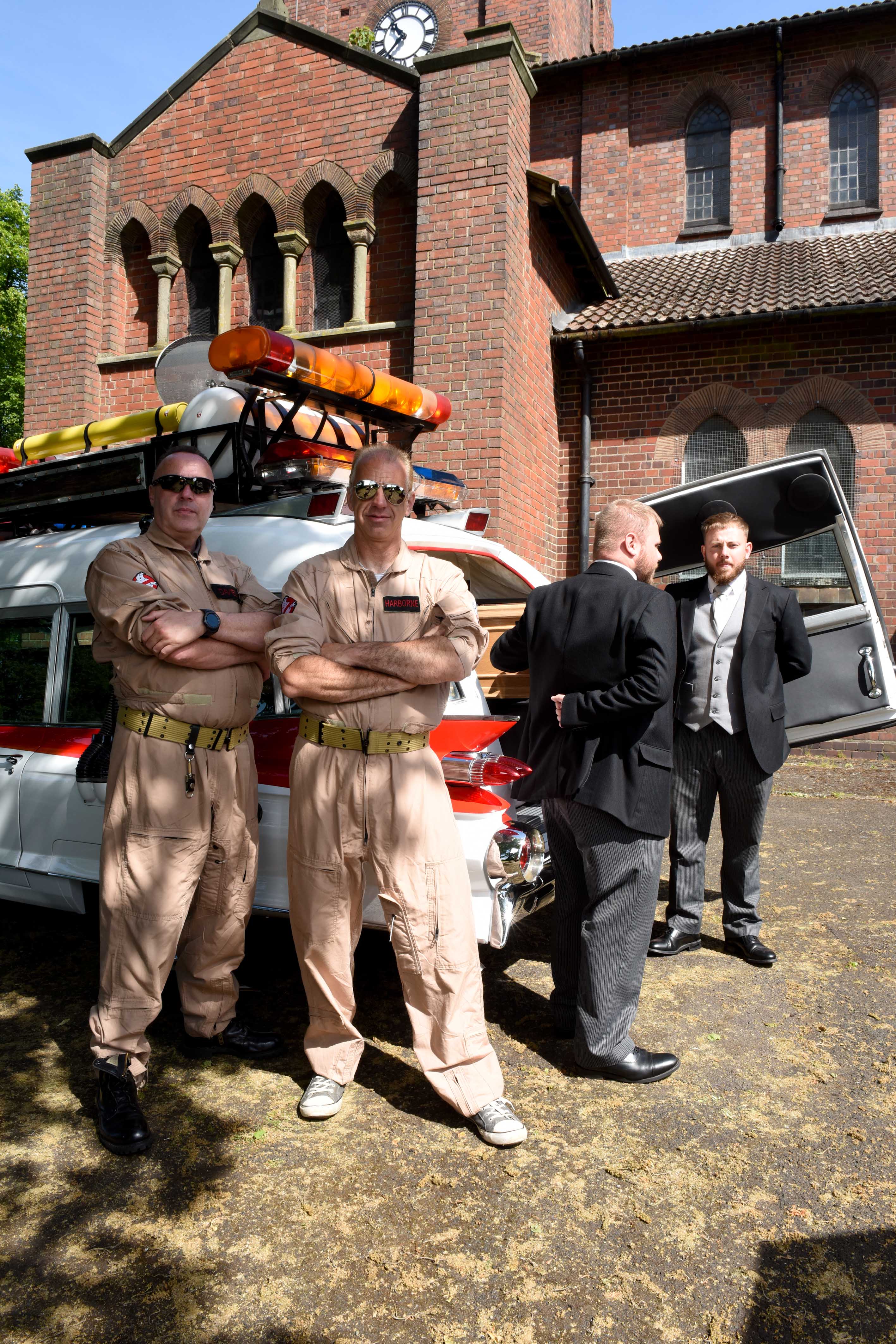 “We didn’t know if it would be appropriate but lots of people prefer a celebration of life to a traditional funeral and black car.

“The person whose funeral it is was often a Ghostbusters fan and their family want them to have something they’d have loved.”