CUMBERLAND, R.I. — Last March, federal drug agents watched secretly as their confidential source met with his supplier of counterfeit Adderall pills, who then arranged for the pickup of 10,000 orange tablets laced with methamphetamine powder.

Days after the drug buy, court documents say, federal authorities searched the Cumberland home of 27-year-old Dylan Rodas and another location, where in the basement they discovered a pill mill of “staggering” proportions – with possible ties to a Mexican cartel.

In total, agents seized about 660,500 counterfeit Adderall pills weighing about 660 pounds — as much as a V8 car engine, said Rhode Island U.S. Attorney Zachary A. Cunha on Monday.

Rodas, who has been held since March 28, agreed to plead guilty to drug trafficking charges in a case that remains an ongoing investigation, Cunha said.

“We believe this to be the single largest seizure of fake Adderall pills in the United States,” he said, “as well as among the largest seizures of methamphetamine” in New England history. 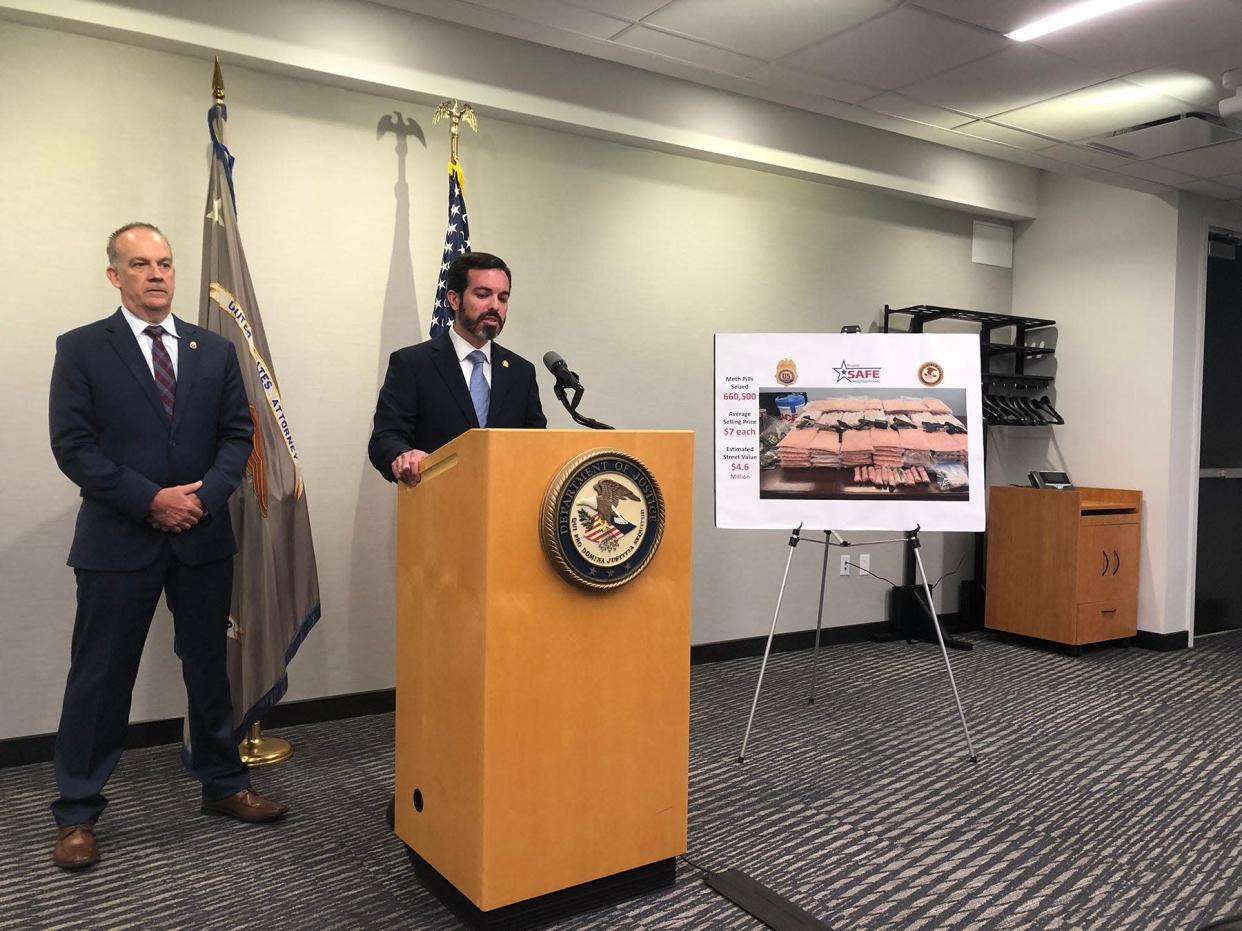 The charge of possession with intent to distribute 500 grams or more of the highly addictive methamphetamine carries a mandatory minimum penalty of 10 years imprisonment.

“The prosecution we announce today, which involves the seizure of what I can only term industrial-scale quantities of meth, is a stark reminder that we cannot be complacent,” Cunha said. “We cannot treat meth as a problem that happens elsewhere.”

Brian Boyle, special agent in charge of the Drug Enforcement Administration’s New England field division, said the pills would have been distributed “throughout New England. … This could even be outside New England with this quantity that we’re seeing here.”

Asked if Rodas was working with a Mexican cartel, Boyle said, “The Mexican cartels are producing meth and fentanyl in record amounts down in these jungles and laboratories … and they’re flooding the U.S. market, so this meth came out of Mexico.”

Court records say the pill-making operation was located in the basement home of Rodas’ father and stepmother, who told investigators they knew nothing about what Rodas was doing down there behind the door he always kept locked.

There, agents found two electronic pill-press machines, each capable of producing 5,000 pills an hour, and the pills in question stored in at least five 27-gallon containers.

Neither Cunha nor Boyle would say how long the pill mill had been in operation, citing the ongoing investigation. 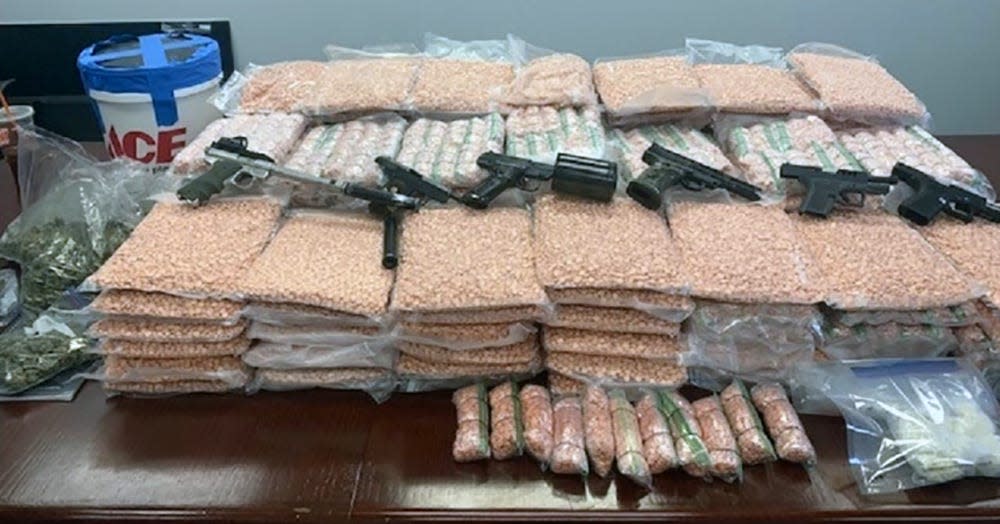 Agents also seized a bucket containing 40 pounds of methamphetamine mixture ready to be pressed into pills, packaging materials and binding agents, seven handguns and additional magazines, 250 grams of cocaine and “thousands of blue and pink pills containing a mixture and substance containing fentanyl.”

Cunha said that if the confiscated pills had flowed out onto the street, they would have a “devastating effect in our communities.”

Cunha said the pills don’t come stamped with the label “fentanyl” or “meth” on them. Instead, they are “deliberately made to look like something else – whether Adderall or Percocet or some other drug that the buyer may think is safe and what it appears to be.”

“If you, or a loved one, are buying or taking pills off the street, or from a friend, or from anywhere that is not a pharmacy or a physician, the odds are that it’s not what you think,” Cunha said.