A father-of-five drowned in the ‘choppy’ sea after going cold water swimming and ‘freezing’ just 30 feet away from the shore, an inquest heard.

Financial trader Ed Matts, 59, was a member of the Bluetits Chill Swimmers, a UK-wide community of cold water swimmers.

He went to his local beach at West Bay, Dorset, at 7am on April 11 this year and entered the water against the advice of fellow swimmers who had just got out.

Mr Matts was told the water, which would have been 9C, was too choppy and rough but the father said he just wanted a ‘quick dip’. 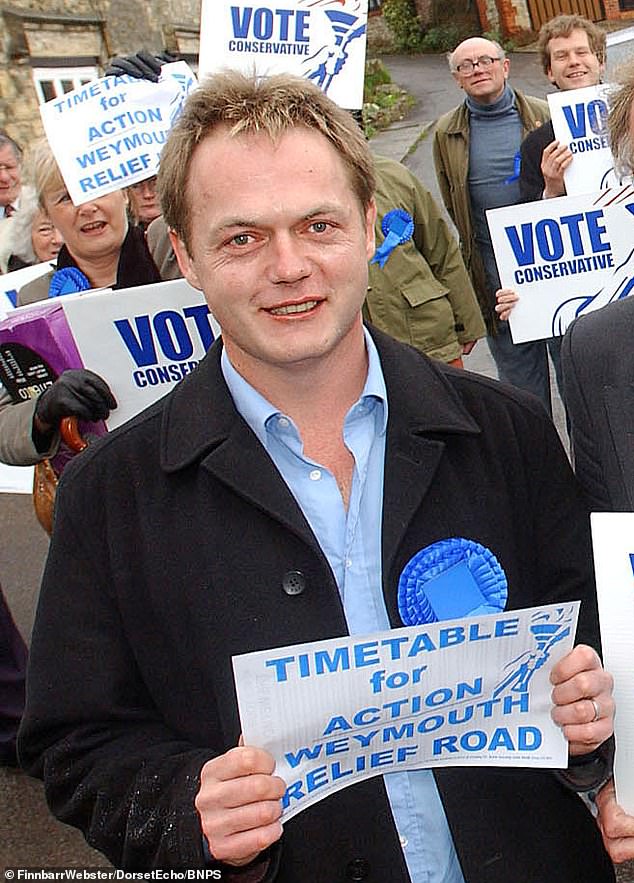 Ed Matts, a 59-year-old father-of-five who worked as a financial trader and who also once ran as an MP, drowned in the ‘choppy’ sea after going cold water swimming when he was advised not to

Within minutes he got into difficulty and ‘froze’ in the water just 30 feet from the shore.

Two colleagues from the Bridport Bluetits swam out towards Mr Matts. The pair got within an arm’s reach of him but he was physically unable to lift his arms to be rescued.

The two friends were forced to head back in because of cold and exhaustion and watched helplessly as Mr Matts drifted out to sea ‘as if all the lights had gone off’.

Coastguards recovered Mr Matts, who was unresponsive, from the sea about an hour later but he was pronounced dead in the back of an ambulance at the scene. A post mortem examination confirmed Mr Matts died from drowning. 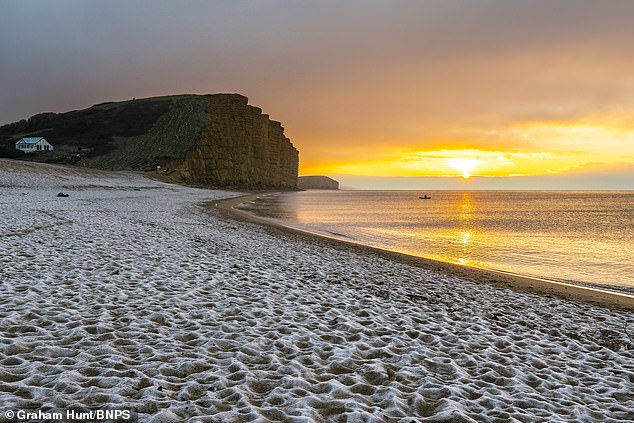 Mr Matts went swimming at his local beach, West Bay in Dorset, on April 11 where he froze in the water and drowned. Cold water swimming is said to be the latest health trend to grip Britain

The inquest in Bournemouth heard that Mr Matts had only just got back to Britain from a three week holiday to Lanzarote.

His son Oliver suggested the trip might have reduced his father’s tolerance for the extreme temperature.

He was interested in politics and in the 2005 general election he ran as the Conservative candidate for Dorset South. He was defeated by Labour’s Jim Knight. 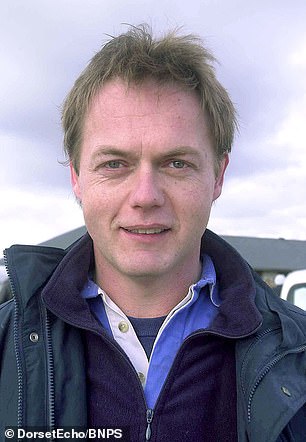 The father was described as an active person who swam every day.

Dr Michelle James, a member of the Bridport Bluetits, said the area of East Pier at West Bay was used by sea swimmers daily ‘come rain or shine’.

Dr James said: ‘I have known Ed for a year now and he usually comes down for a swim slightly later than us.

‘On that day we had decided to turn back early as there was an unusual current in the water and it was getting choppy.

‘We were drying off when Ed arrived – I told him that the sea was a bit choppy. Ed said he was just going to have a quick dip.

‘He always had an unusual style but it was clear that something was wrong when he tried to come back to shore.’

Dr James said they asked if Mr Matts was okay and he shouted back: ‘Not really no.’

Dr James ran to fetch a buoy to try to pull him back to shore but by the time she carried it back Mr Matts had drifted about 300 yards out.

She added: ‘We didn’t see him fighting or thrashing in the water. It’s as if the lights went out all of a sudden. He just froze, it was so distressing to see.’

Dr James said when one of the two would-be rescuers, Alan Bruce, got back to the shore he was shaking from the cold. 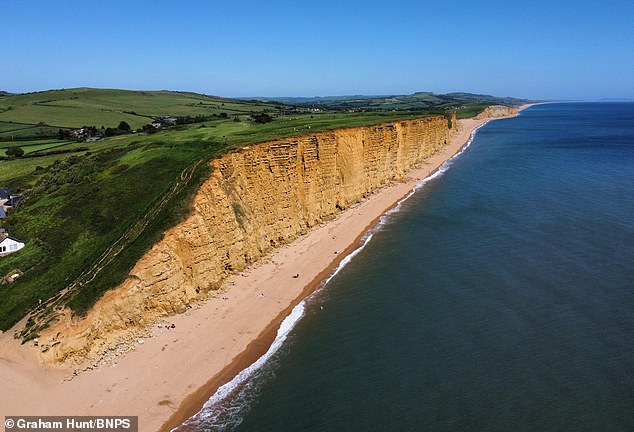 Coastguards recovered Mr Matts, who was unresponsive, from the sea about an hour later but he was pronounced dead in the back of an ambulance at the scene

She said: ‘When Alan got to shore we were worried about him too because he was shaking from the cold.

‘When Ed started drifting away all we could do was try to keep our eyes on him.’

Recording a verdict of misadventure, Richard Middleton, the assistant coroner for Dorset, said: ‘Mr Matts was an experienced swimmer and he was known to regularly swim in open water.

‘His son has sold me that a trip to Lanzarote may have provided a contrast in sea temperatures, having said that from what I have heard he was a regular swimmer at West Bay. 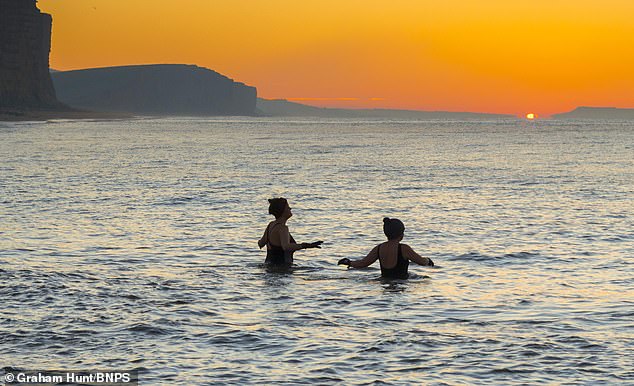 A post mortem confirmed that Mr Matts died from drowning. Dr Michelle James, a member of the Bridport Bluetits, said she told Mr Matts that the sea was a bit ‘choppy’ before he went in. Pictured: Early morning swimmers at West Bay in Dorset

‘On the 11th April Mr Matts entered the sea as normal and after a relatively short period of time he experienced difficulty.’

Mr Middleton said that it was up to individual open water swimmers to assess the risks when they go sea swimming.

He added: ‘When Mr Matts entered the water he was given advice about these conditions.

‘It is down to each individual to assess the risks taken with every swim in the water. 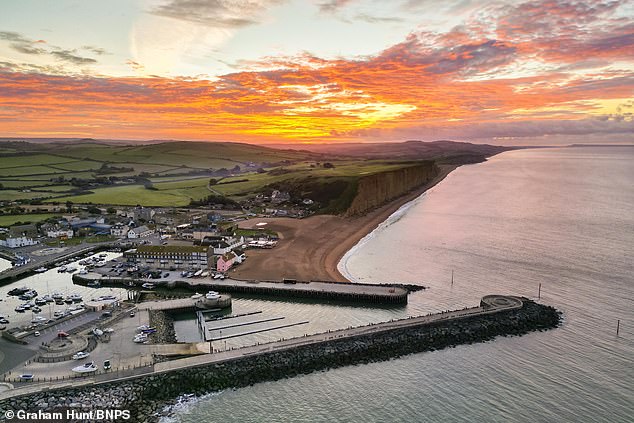 ‘His fellow swimmers assessed the risks and decided to cut their swims short. Therefore I have reached the conclusion of misadventure.’

Short periods of time in cold water are known to bring a variety of health benefits such as boosting the immune system, lowering blood pressure, and creating a rush of endorphins.

However, immersion in cold water for just half an hour can lead to hyperthermia as the body rapidly loses heat.