So much for the Great British Staycation! Horrified family film ‘filthy’ Pontins chalet full of broken furniture, stains and dirt… and a discarded pair of old BOXER SHORTS

A family walked out of Pontins after claiming they found ‘filthy’ conditions in their chalet – including a discarded pair of old boxer shorts.

Michael Beirne, from Keresley, said he discovered chipped and broken furniture, stains and general dirt and grime when walking into his room at Pontins’ Camber Sands Holiday Park.

The staycationer shot a mobile phone video of the accommodation, which showed bird mess on a window, a dirty light switch and a bin without a lid. 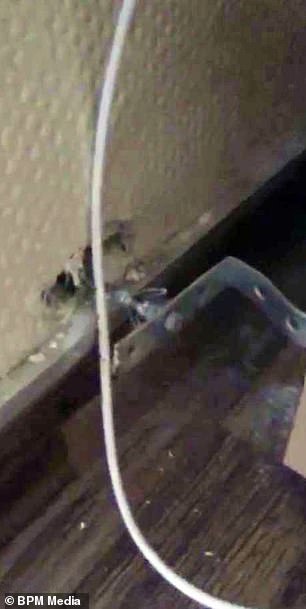 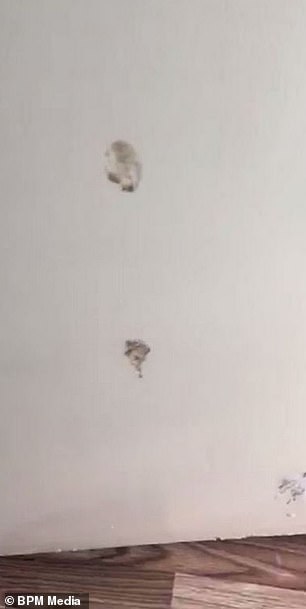 Michael Beirne, from Keresley, walked out of Pontins’ Camber Sands Holiday Park with his girlfriend and two children the night after checking in on July 31 after finding his chalet in a ‘filthy’ condition

In the video, Michael walks around each room of the entire chalet, showing the grim marks on the furniture, floors and walls.

He walks into the bedroom and discovers a discarded pair of boxer shorts in the bottom drawer of the bedside cabinet – which he also points out has a broken top drawer.

He says: ‘Look at all these dirty stains. Look at the bed, it is meant to be black, that has got some white stuff on it. I don’t even want to know what that white stuff is!’

Michael says that the bathroom is ‘not too bad’ but claims that the mirror has streaks on it.

Filming an apparent stain on the floor, Michael says: ‘Look at that on the floor, it looks like someone has throw up there and it hasn’t been cleaned.’

In the video, furniture and other appliances are shown to be damaged, the curtains are dirty and even parts of the floor are missing. 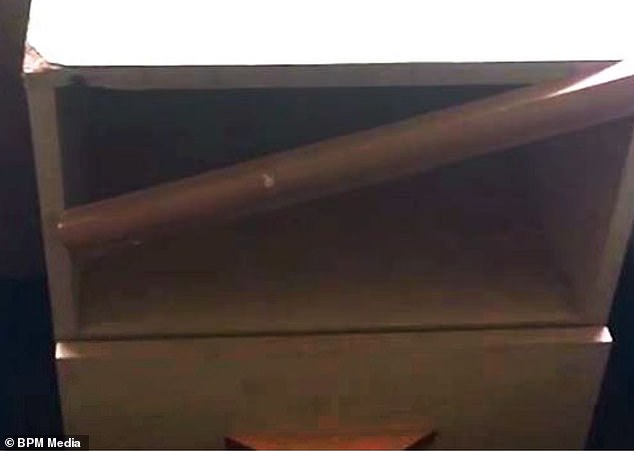 After finding broken furniture in the chalet (above), the family decided to stay with Michael’s aunt, Christine, who was stayed at a caravan park in Camber Sands, on the East Sussex coast 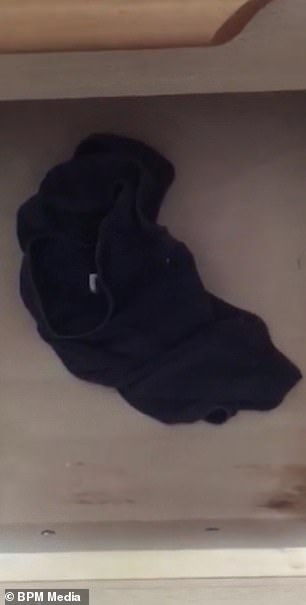 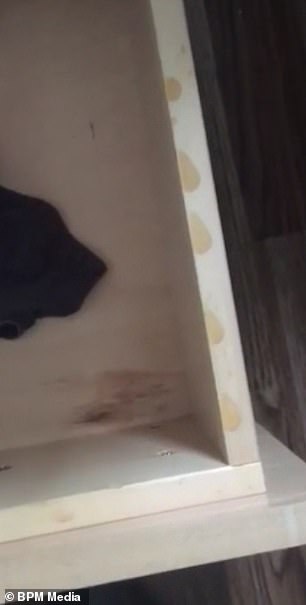 Michael, 24, took a video of the chalet on his mobile phons showing marks on the furniture (right), floors and walls – and he even finds a discarded pair of boxer shorts in a drawer (left)

Michael also claims that ‘none of this was from us, we didn’t even stay here’, when recording.

The 24-year-old, his girlfriend, and their two young children had planned to stay at Pontins for a three-day weekend break, starting on July 31.

But the family walked out of the chalet without staying, the night after checking in.

The couple went to complain but found a queue to speak to the manager ‘going out of the door’, so they handed back their keys to room 566 in block 57.

They instead spent the weekend with Michael’s aunt Christine, 35, who was at a caravan park elsewhere in Camber Sands, on the East Sussex coast.

Christine, an NHS worker from Keresley, said: ‘From the moment they walked in they could see how disgusting and dirty it was.

‘The drawers and furniture were broken, which would have been dangerous with a two-and-a-half-year-old and a four-month-old walking around. 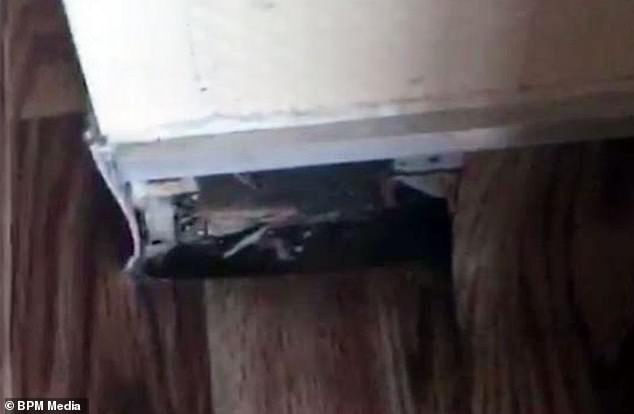 In the video, furniture and other appliances are shown to be damaged, the curtains are dirty and even parts of the floor are missing 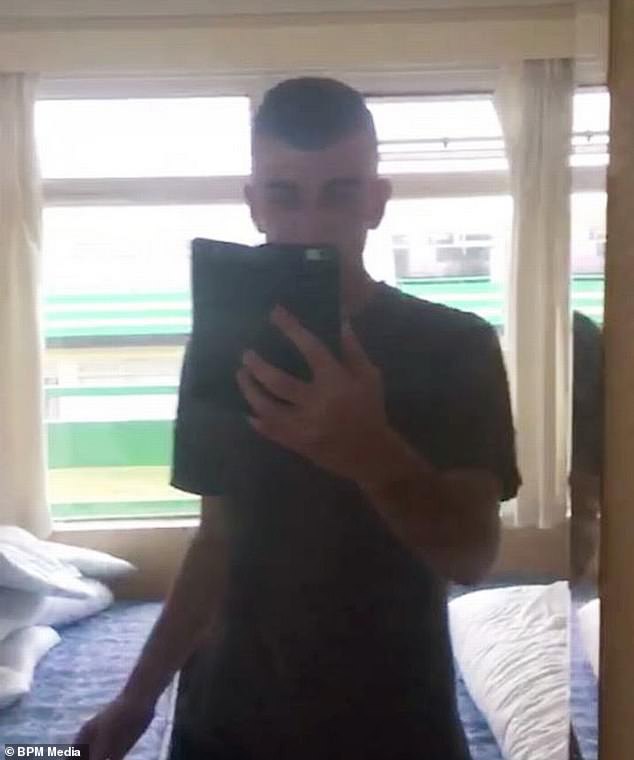 Michael (pictured) said he went to speak to the manager and complain, but found a large queue ‘going out of the door’ when he visited, so they instead handed back the keys

‘One of the drawing cabinets was not even screwed into the wall because the bracket was loose.

‘They went to speak to the manager but the queue was going out of the door, so they handed the keys back and left to stay with me at a caravan park down the road.’

When commenting on cracked paint on the window sills, Michael said: ‘All that would need, it would take a five minute lick of gloss, you’d probably get an extra tenner out of the room doing that.’

Michael, who paid £120 for the break, is complaining via email instead.

He said: ‘Even if I was homeless I wouldn’t live there, I would rather be on the streets. I asked someone to come out and they said “yes, yes, yes” but they just walked off, they didn’t even ask for my door number.’