A FAKE taxi driver kidnapped a terrified woman in a bid to sexually assault her after she got into her car.

Isaac Mabwa, 33, drove his victim, 25, around London for an hour and a half as she tried to escape. 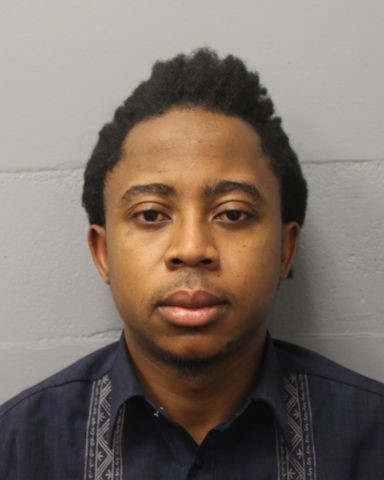 The predator had stopped on the Euston Road in the early hours of May 8, 2017, and offered to give her a lift home after a night out.

She thought she was getting into a cab, but Mabwa began driving the hire car in the opposite direction to her home address.

The horrified passenger tried several times to get out of the car, but Mabwa stopped her from doing so.

She messaged her boyfriend and a pal during the journey and sent her location so they could find her.

Callous Mabwa, from Ealing, West London, pulled the car into an unlit car park and his victim began to scream.

A member of the public heard her cries and called police as she struggled before managing to escape from the car.

Mabwa left the vehicle in the car park and was arrested by police a short time later.

He was charged in April, 2020 and convicted on Tuesday at Harrow Crown Court of kidnap and false imprisonment with intent to commit sexual assault.

Mabwa was remanded in custody for sentencing at a later date.

Detective Chief Inspector Andy Brien, said: “This case is an example of the tireless efforts made by our officers to bring offenders such as Isaac Mabwa, who commit violent offences against women and girls, to justice.

“We encourage anyone who has been a victim of a sexual offence to come forward and speak to police.

"You will be supported by specially trained officers throughout the investigation and any subsequent legal proceedings.”