Nigerian police have reportedly opened fire on protesters in Lagos after 12 days of demonstrations against police brutality.

Two people are believed to have been shot after more than 20 officers started shooting at demonstrators in the city’s Lekki district on Tuesday, witnesses told Reuters.

State officials have already imposed a 24-hour curfew on the 20 million people who live in Lagos – Africa’s largest city – in a bid to bring the protests to an end. 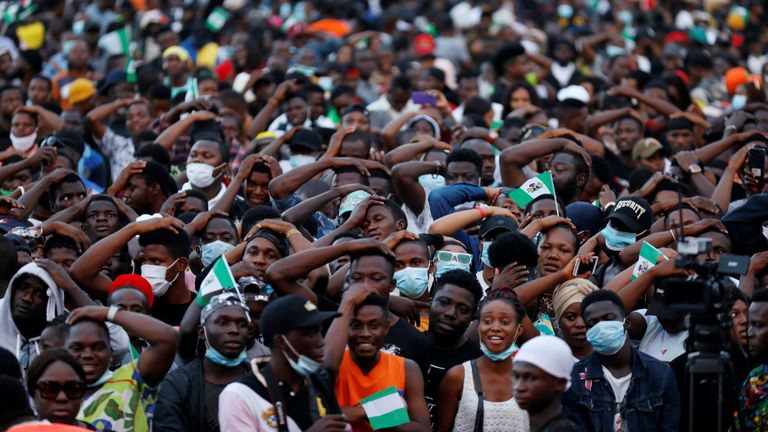 But the demonstrations, against a unit of the Nigerian police force called SARS (the Special Anti-Robbery Squad), show little sign of slowing down.

SARS was established in 1992 to tackle robbery, kidnappings and other violent crime, but has been widely criticised for human rights abuses including torture, extortion and extrajudicial killings.

The recent demonstrations began on 8 October after a video that allegedly showed SARS officers shooting a man in Nigeria‘s Delta State was widely shared on social media.

With thousands taking to the streets and blockading Lagos’s main road to the international airport, the marches have grown into a wider movement about poor governance and corruption. 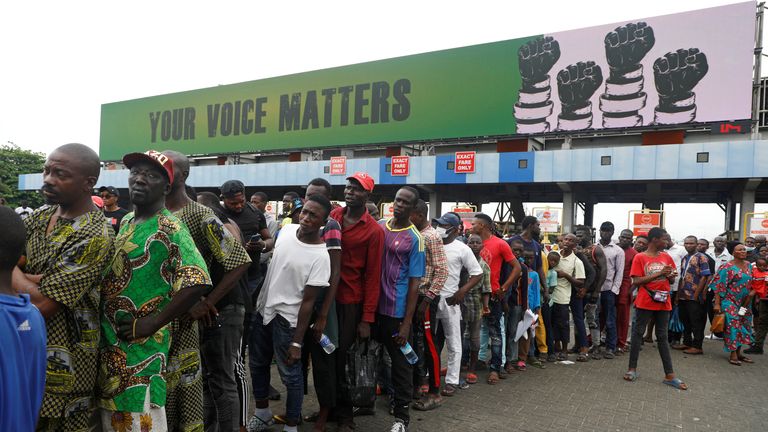 Fifteen people are thought to have died as a result of the protests and anti-riot police were deployed this week after a police station was set on fire.

Initially, police responded with tear gas and water cannons to disperse protesters – but later promised not to use force.

Nigerian President Muhammadu Buhari has offered a series of concessions in an attempt to quell the disturbances, pledging comprehensive reform and compensation to the victims of any brutality by officers.

The police announced that a new Special Weapons and Tactics (SWAT) team would “fill the gaps arising from the dissolution of the defunct SARS”. 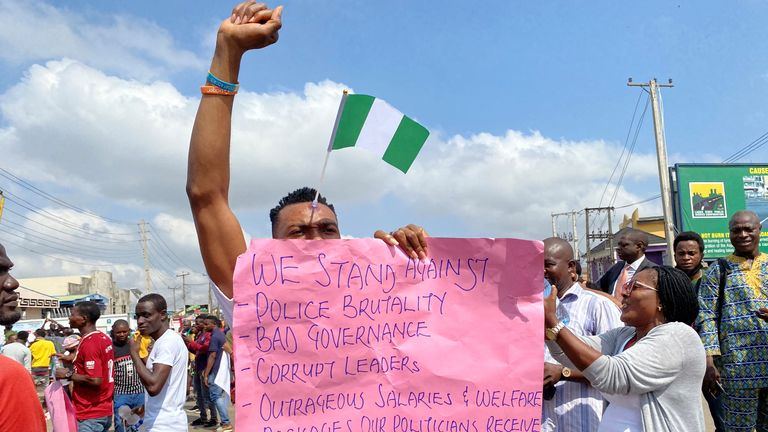 But the new unit has been dismissed by protestors, who say the government has failed to deliver on its promises in the past.

This feeling of national discontent has now spread to the country’s federal parliament, with the speaker of the lower chamber, Femi Gbajabiamila, saying he would not sign off on the national budget for 2021 unless it incorporated provisions to compensate victims of police brutality over the past two decades.

The government has called on the protesters to leave the streets, arguing that it has now met their demands.

There have also been economic implications, with the Lagos chamber of commerce reporting that the Nigerian economy has taken a hit of nearly £1.55bn ($2bn) as a result of the disruption.