Duke of Kent, 83, caught up in car crash just months after Philip rolled his Land Rover: Royal faces police probe after his Jaguar is in 60mph collision with ‘terrified’ Mini-driving 21-year-old student

The Duke of Kent is facing a police investigation after he was involved in a 60mph horror smash with a young student.

The Queen’s 83-year-old cousin, officially known as Prince Edward was driving a Jaguar when he allegedly pulled out in front of Olivia Fellows’ Mini on the A27 near Brighton.

Miss Fellows says she was forced to slam on her brakes and then crashed into the central reservation.

Recalling her ‘terrifying ordeal’, the 21-year-old, neuroscience student at the University of Sussex, said she was left ‘badly shaken’ in the collision. 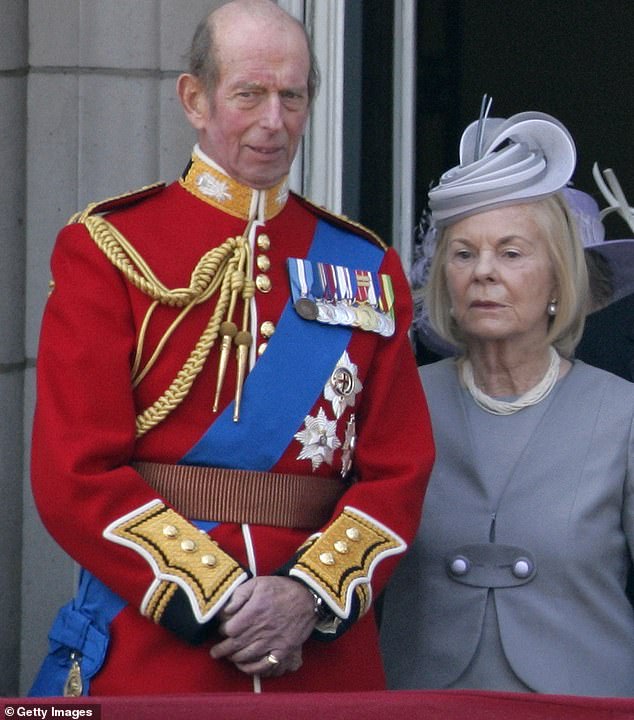 The Duke of Kent (pictured with wife Katharine, Duchess of Kent on the Buckingham Palace balcony in 2011) is facing a police investigation after he was involved in a 60mph horror smash with a young student 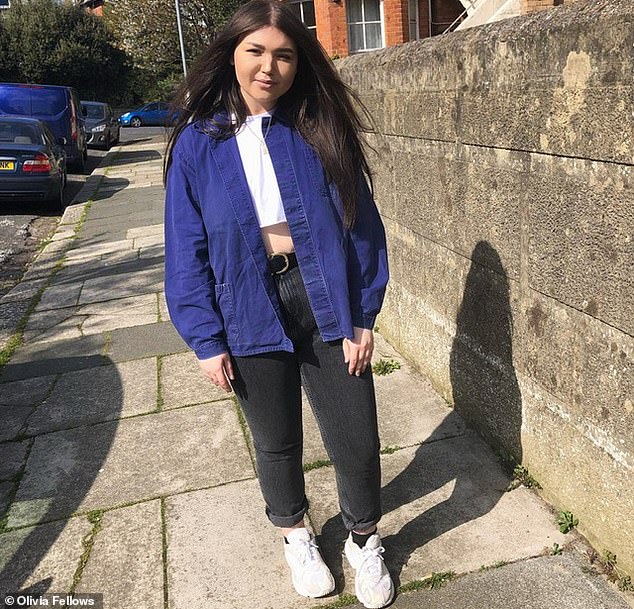 Olivia Fellows, 21, a neuroscience student at the University of Sussex, said she was left ‘badly shaken’ in the collision

Speaking to MailOnline, she said: ‘I was driving north at 60mph and suddenly this Jaguar pulled out in front of me.

‘I saw the Jag to my left and it looked like he was going to go, then hesitated and changed his mind and went to go again.

‘He shot across the road. But it was so close that if I hadn’t emergency braked I would have gone straight into the middle of his car.

‘As I put on the brakes, my car span towards the central reservation and smashed into it. I clipped the curb and buckled the wheel arch of my car.

‘The airbags went off and there was smoke coming from the engine. 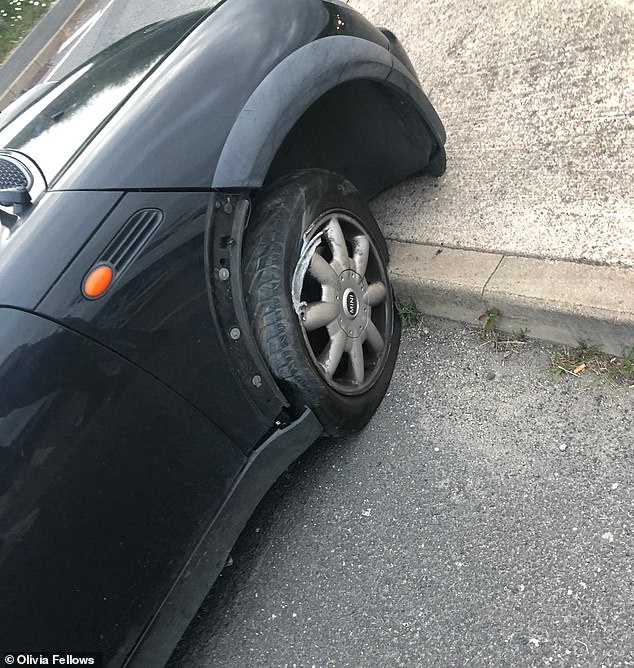 The Duke allegedly pulled out his Jaguar in front of Ms Fellows’ Mini on the A27 near Brighton, forcing her to slam on the brakes and then crash into the central reservation

‘Two women who were behind his car came running over screaming ‘oh my god, oh my god, are you ok?’

‘I was in shock, completely stunned. My right arm was in agony from hitting the airbag. And I was in denial. I could see the mangled wreckage of my car and was trying to convince myself that it could be fixed.

‘Then the police arrived and I was sat with two officers on the central reservation.

‘The two women gave the officers the registration number and when the officer put the details into his computer he said the car is registered to Buckingham Palace in London.

‘He said the driver was either a member of the Royal family or one of their chauffeurs.

‘Then someone from special branch called one of the officers and he stepped away from me to take the call.

The other officer joked that my crash was causing quite a stir.

Ms Fellows, from St Leonards, East Sussex, says she has not received any communication since the crash from either the Duke or the palace.

The student, who works part-time as a checkout girl for Tesco, says she is ‘heartbroken’ to have been left without a car since her Mini worth £2,000 was written off in the smash.

‘I suffer from anxiety and this year has been pretty tough for me,’ she said.

‘That car was my pride and joy. At university, campus can be quite isolating. I don’t like using public transport and my car gave me the freedom to get and have my independence.

‘I haven’t got that now and I feel quite low about it. I haven’t received an apology.

‘The other car drove off because presumably they hadn’t seen what happened. How someone can be so unaware of what’s happening on the road is beyond me.

‘From the driving I have seen, I don’t think he should still be on the road.’

It is not known if the Duke, a former Army Field Marshall and president of the All England Lawn Tennis Club that hosts Wimbledon, was aware that there had been an accident at the time of the collision. 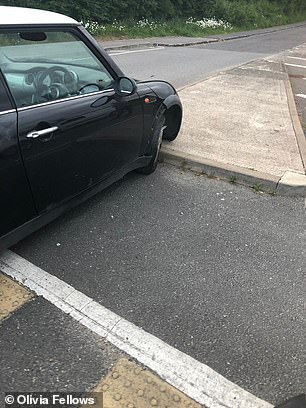 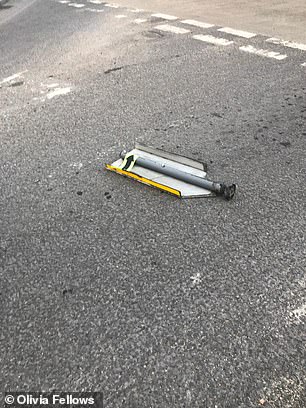 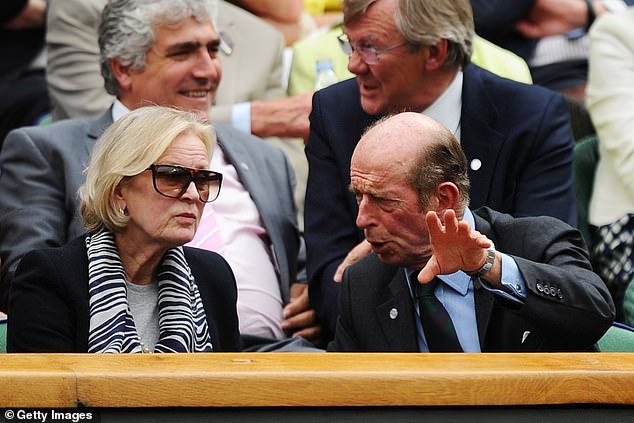 A Buckingham Palace spokesman said today: ‘A royal household vehicle was involved indirectly in a collision on June 2 in Sussex. All the relevant details have been passed to the police.’

A spokesman for Sussex Police confirmed: ‘Police were called to a collision on the A27 at Firle around 8.30pm on Sunday 2 June.

‘A vehicle collided with the central reservation close to the junction with Lacys Hill, reportedly after avoiding colliding with another vehicle. ‘No injuries were reported and enquiries are ongoing.’

The Duke’s collision comes five months after Prince Philip caused a serious road traffic accident when he pulled out in front of a young mother, her friend and her baby son close to the Queen’s Sandringham Estate. 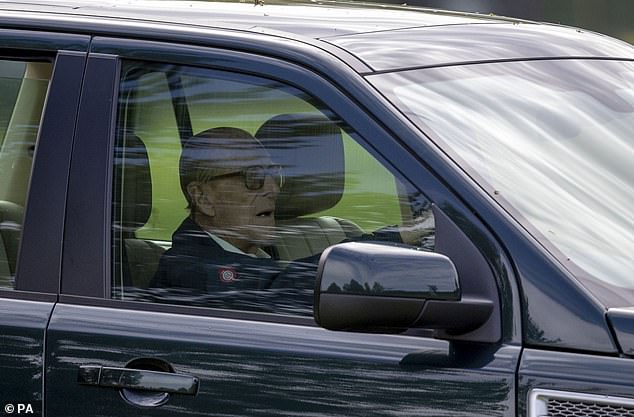 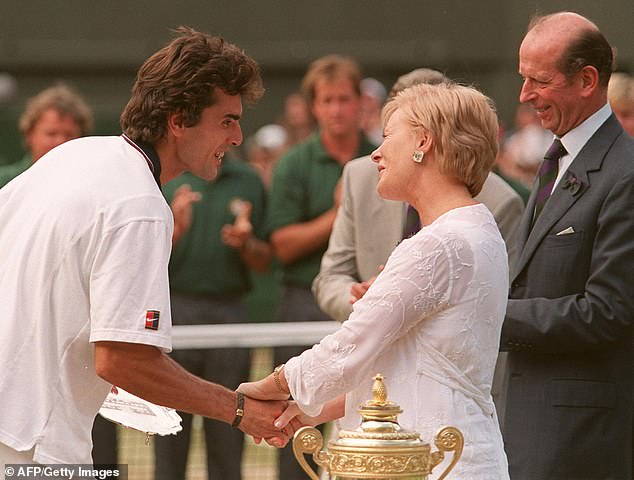 The royal, who was 97 at the time, had to be pulled from the wreckage of his Land Rover and was left shocked with only cuts and bruises.

Passenger Emma Fairweather suffered a broken arm. The driver Ellie Townsend suffered a knee injury was left was left profoundly shocked and her nine-month-old son was shaken but otherwise unhurt when the car was ‘t-boned’ by the royal.

Prince Philip agreed to stop driving on public roads and wrote a letter of apology to mother-of-two Emma Fairweather, saying he was ‘deeply sorry’.