Passenger, 37, who got drunk on wine and ’caused chaos’ aboard an EasyJet flight from Mallorca while with a young child is fined ‘£350’

A woman who ‘shouted and caused chaos’ after getting drunk on board a flight with a young child has been fined £350.

Alicia Blake, 37, who was with a young child at the time, became so ‘loud’ on the EasyJet flight from Mallorca to Manchester other passengers were forced to move after complaining to cabin crew.

Manchester and Salford Magistrates’ Court heard how Blake, from Altrincham, Greater Manchester, had boarded the flight In February seemingly sober.

Blake, who pleaded guilty to a charge of being drunk on an aircraft, was handed a £350 fine, and ordered to pay a £34 charge and £85 costs. 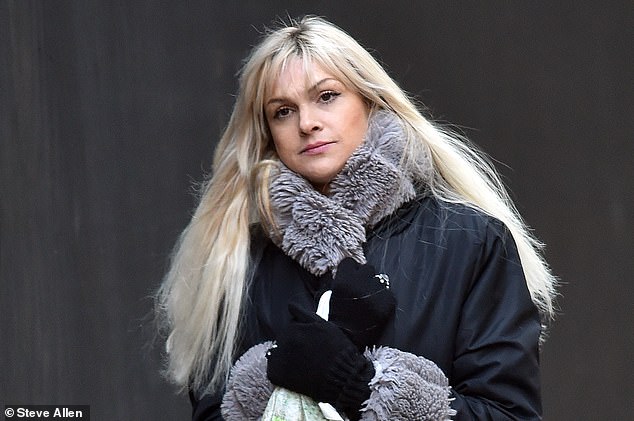 Alicia Blake, 37, from from Altrincham, Greater Manchester was slapped with a £350 fine after she pleaded guilty to a charge of being drunk on an aircraft 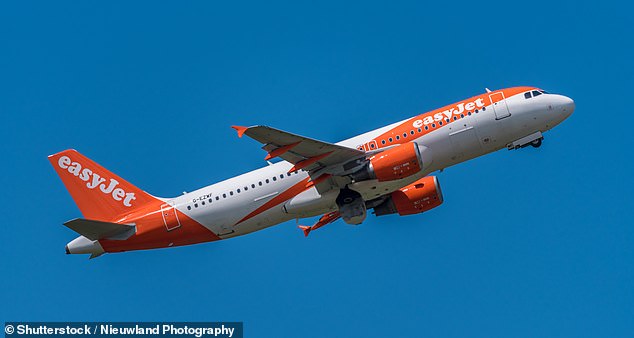 James Gore, prosecuting, said she was ‘suspected’ of drinking small bottles of wine she had bought before the flight and had then purchased two more bottles from a trolley on board.

Blake, who admitted to being an alcoholic, ‘became loud’, struggled to put her seat belt on, and appeared ‘appeared intoxicated’, Mr Gore said.

She also ‘spilled drink on herself’ and other passengers became annoyed and asked her why she was ‘chatting all the time’.

‘She was shouting and causing chaos,’ Mr Gore said.

‘One family had to be moved away.’

He added that Blake had been with a young child, who is now aged six, at the time of the incident and police were waiting for her when the plane touched down in Manchester. 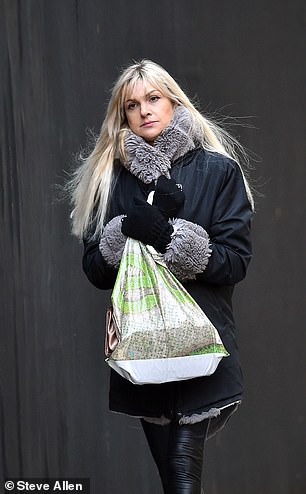 Blake admitted to being an alcoholic

Steve Connor, defending, said Blake was of previous good character and felt ‘remorse’ for what happened.

He said she had confessed to being an alcoholic at the time of incident and had since attended Alcoholics Anonymous meetings and was now alcohol free.

Mr Connor said: ‘It was a very troubled part of her life and she explained to police that her grandmother had passed away the day before the flight.

‘She had gone to visit her mum and dad and was returning to the country.’

He said that Blake had been the victim of domestic violence at the hands of partner, and ‘did not feel safe’ because she didn’t know what she was returning to.

‘Significantly, she accepts she was an alcoholic and accept she was drinking to excess,’ he added.

‘Over the past 12 months she has been totally alcohol free and has been attending AA meetings.’

Magistrates said they were ‘concerned’ by the case, particularly as a young child was involved, but were ‘pleased’ Blake was now alcohol free.

Speaking from the dock, she said: ‘I am terrified. Thank you very much.’