Drunk or dangerous drivers could be immediately suspended after a plea to MPs from a father whose son was killed by an intoxicated uninsured hit-and-run driver.

The family of Tom McConnachie, 34, set up a parliamentary petition called Tom’s Law, which has been signed by more than 100,000 people, after the drunk driver who killed their son was allowed to keep his licence for 11 months.

Tom’s Law would see that licences of potential dangerous or drunk drivers were suspended until their cases were tried at court.

Mr McConnachie was thrown 15 feet through the air by drunk driver Lewis Seaman, 29, as he was coming home from a night out after a groomsman’s fitting in the Whitleigh area of Plymouth in February 2019. 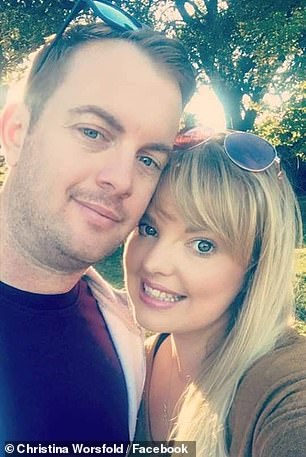 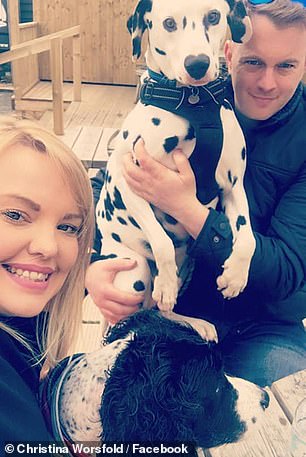 The family of Tom McConnachie (pictured with his girlfriend), 34, set up a parliamentary petition called Tom’s Law, which has been signed by more than 100,000 people, after the drunk driver who killed their son was allowed to continue driving for 11 months

He died in hospital shortly after from severe head injuries.

Seaman was jailed for 10 months for drunk driving, failing to stop after an accident and perverting the course of justice by setting fire to the car.

However, prior to his jailing he was allowed to continue to drive for 11 months.

Tom’s Law has been supported by policing chiefs and the AA.

Detective chief superintendent Andy Cox, told The Telegraph: ‘At the moment there are no powers to seize vehicles at the roadside from drivers who for instance are extreme speeding or impaired through drink or drugs – all extremely dangerous activities that risk the safety of all road users 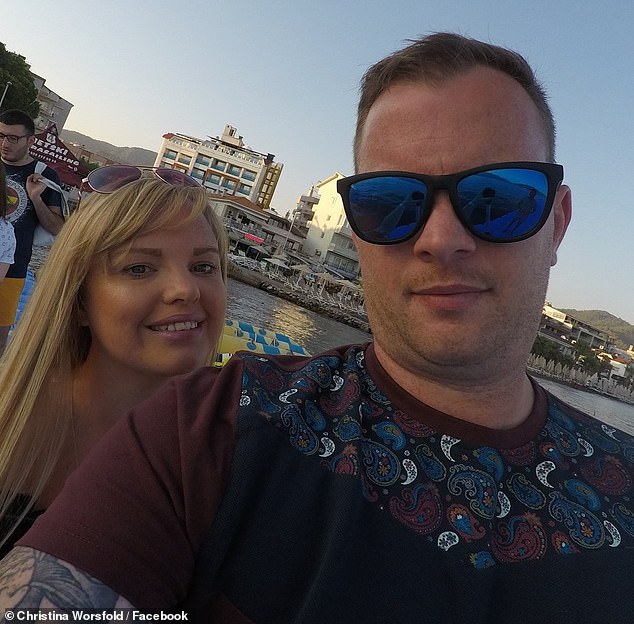 ‘Last year, for instance, a driver caught speeding at 163mph in the early evening was freely able to drive away after the stop.’

The AA believe their should be a court trial to decide whether driving licences should be suspended.

Mr McConnachie’s family said their proposal will help to protect other road users.

His mother, Charlotte, told Plymouth Live last year: ‘I trusted that we would have justice for Tom after more than 11 months of heartache and waiting and I never thought we would be sat in the Crown Court listening to the offender being sentenced to only ten months in prison.

‘I won’t be able to look into my son’s eyes ever again, but the offender will look into his son’s eyes in just a few months.’