A 'DOTING' grandfather was killed in front of his wife and grandchildren when a concrete block smashed through the windscreen of his car.

Steven Oscroft was on a family day out strawberry picking when the rubble fell onto his vehicle from a lorry passing in the opposite direction. 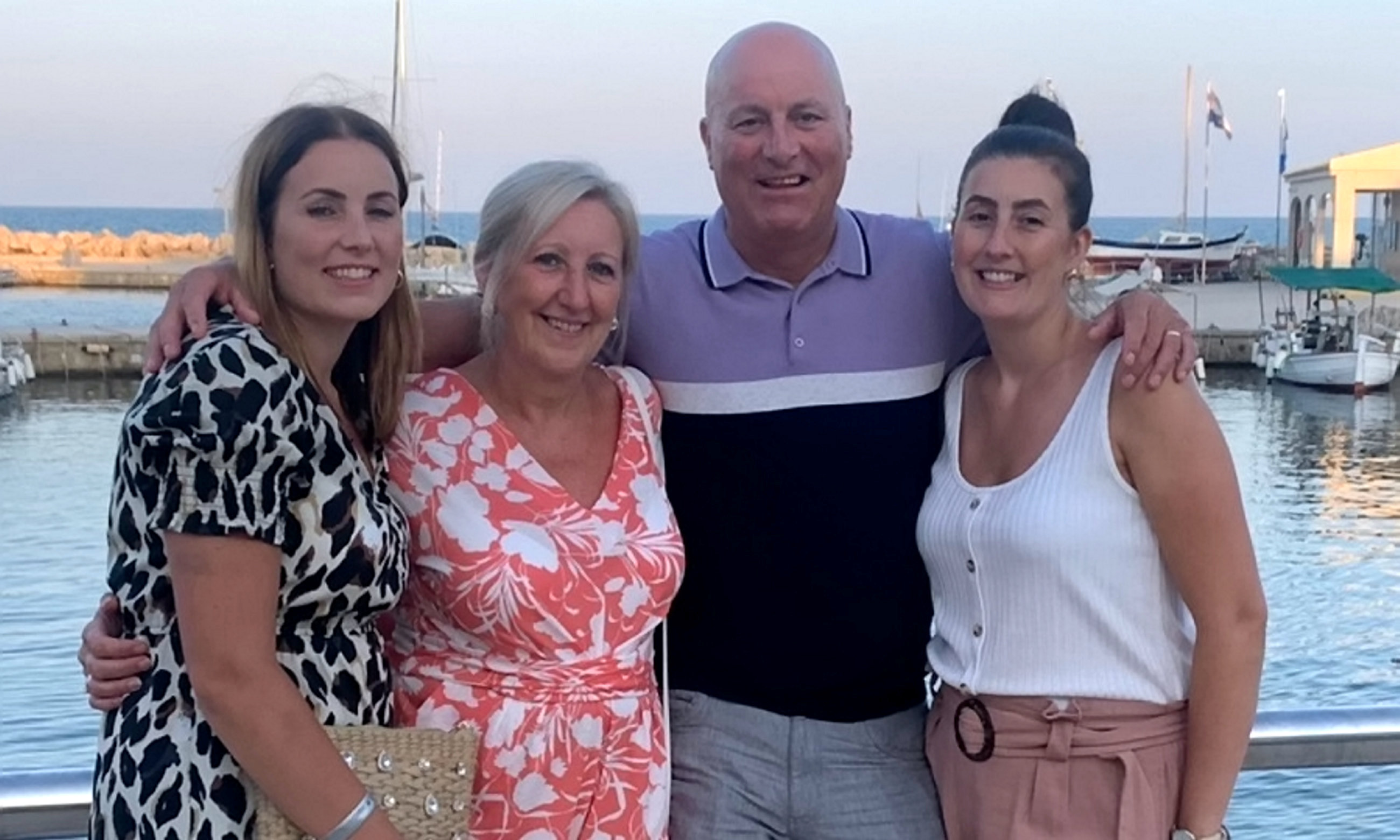 The 60-year-old suffered "catastrophic" injuries in the "rare traffic collision" and died instantly, a coroner has heard today.

His wife Denise and two grandchildren, who were also in the car at the time, escaped without injury.

Mrs Oscroft, of Shirebrook, Derbyshire, said after the hearing: "What I'd seen that day and what my grandchildren had seen, it must have been terrible for them.

"That's all I keep thinking about – what those kids have seen.

"One minute we're just taking the grandchildren out strawberry picking and we went for ice cream, and then just like that our lives had changed forever."

Mr Oscroft's daughters Becky Marsh and Kelly Kirby said they screamed for their dad after dashing to the scene of the horror.

Kelly said: "It was like an out of body experience. We couldn't believe it was happening to us. 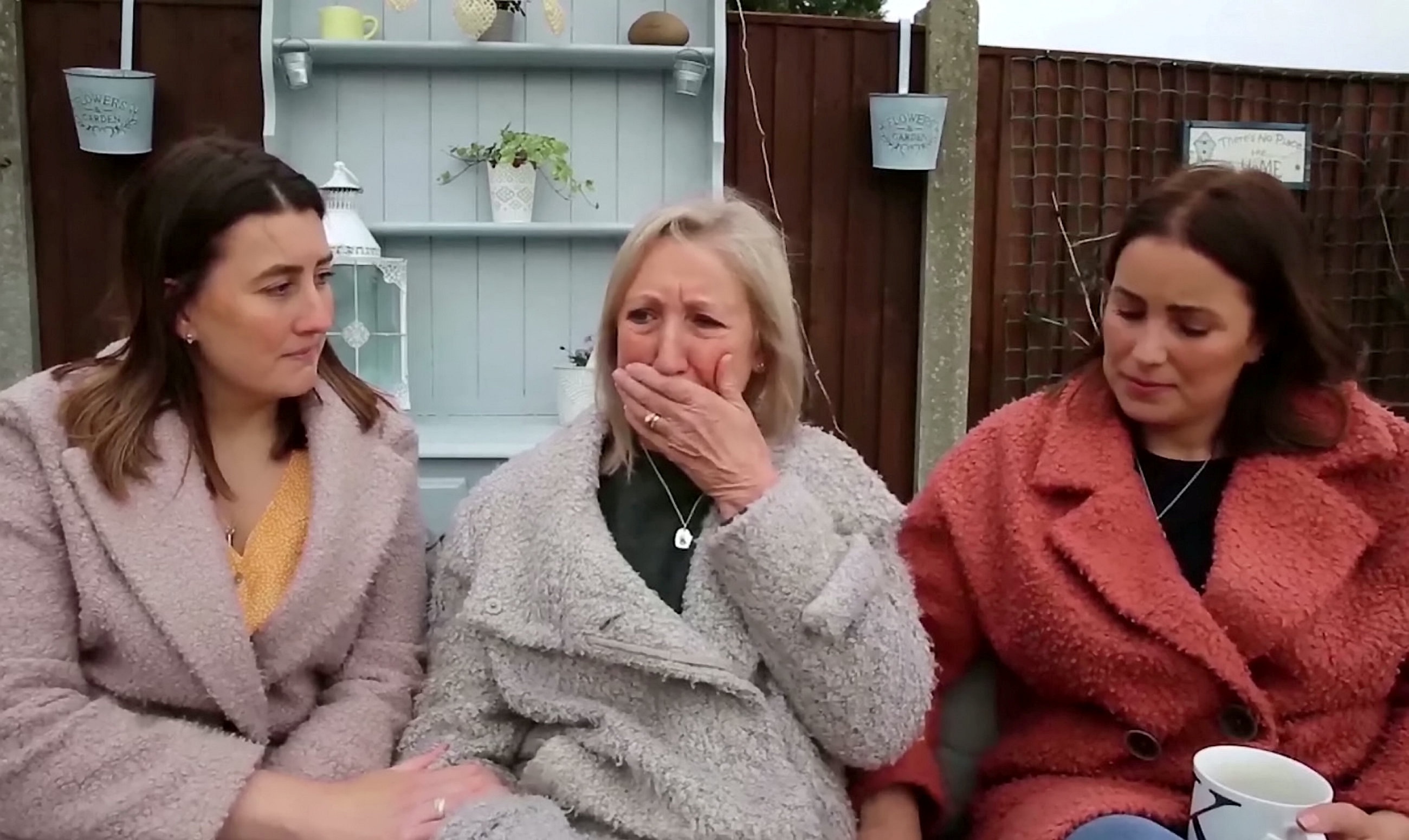 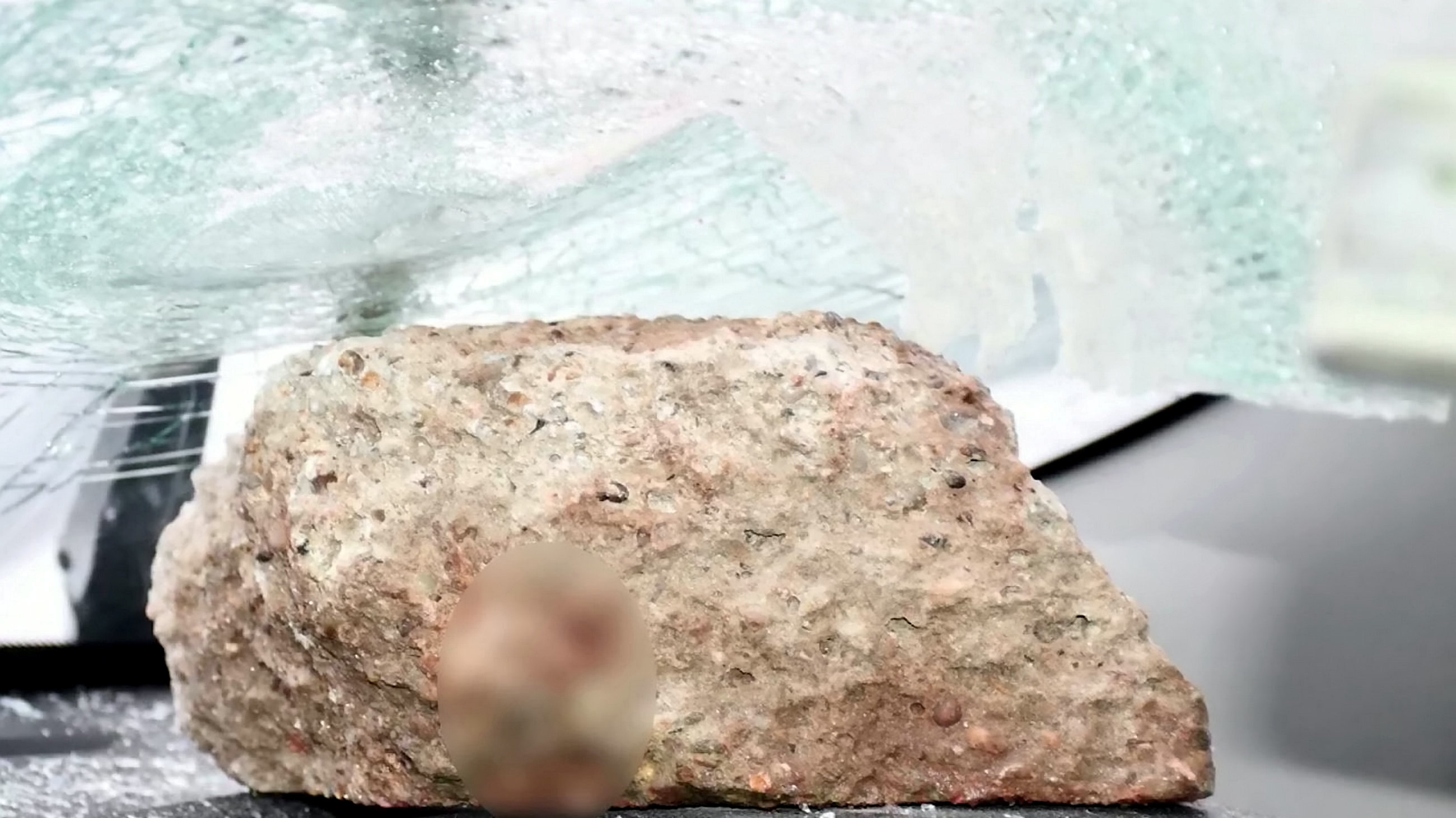 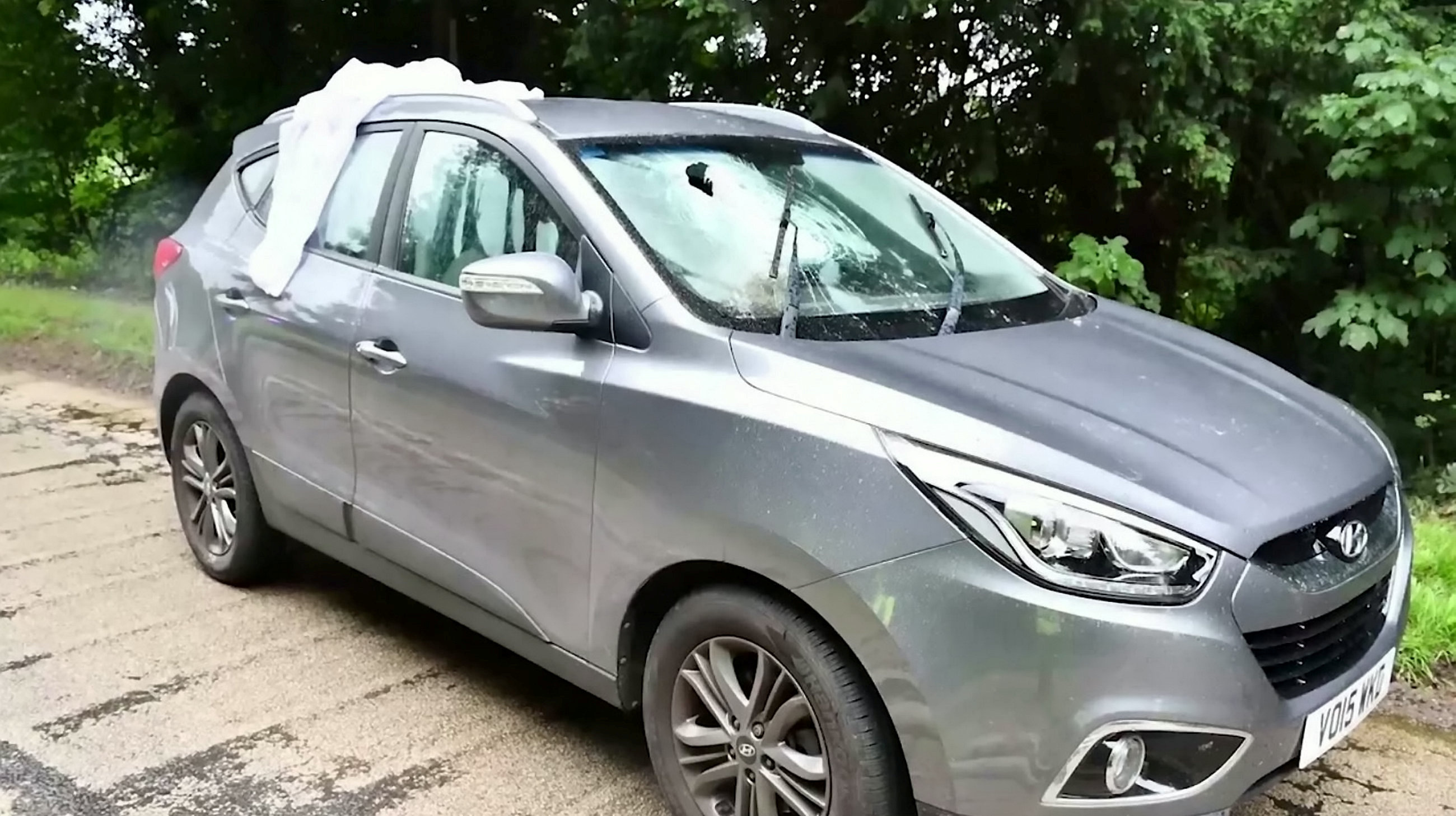 "And I still think it's an out of body experience. I don't think we'll ever get used to life without dad."

The inquest heard Mrs Oscroft saw concrete fall from the tipper truck before hearing a smash.

A huge slab weighing 8.5kg was recovered from the car's dashboard.

The inquest in Nottingham concluded Mr Oscroft died as a result of a road traffic collision after concrete fell from an uncovered part of a lorry.

A 64-year-old man was arrested shortly after the incident on suspicion of dangerous driving.

He was released without charge after cops decided not criminal offences had been committed.

But Mrs Oscroft said: "In my eyes, it wasn't an accident. It could have been prevented had there been a decent netting on the tipper that passed us.

"It was concrete that fell and that netting couldn't have stopped anything from falling."

Detective Sergeant Adam Cooper, who led the investigation, said: "The family have just been remarkable considering what they have gone through.

"They've been so strong and supportive to the investigation and they are really trying to make a difference to unsafe loads so that this doesn't happen again.

"Our enquiries along with the coroner's conclusion cements that Mr Oscroft's death could have been prevented and perhaps that might serve as some comfort to his loved ones.

"The case also stands as a stark reminder to all drivers and companies to ensure their loads are fit for the roads, if not for the good of the law, for their own conscience so that they don't head out one day and end up with blood on their hands."