DOONBEG, Ireland (Reuters) – Donald Trump, arriving in Ireland for the first time as U.S. president on Wednesday, sought to reassure the country that Britain’s exit from the European Union would work out fine for its near neighbour. 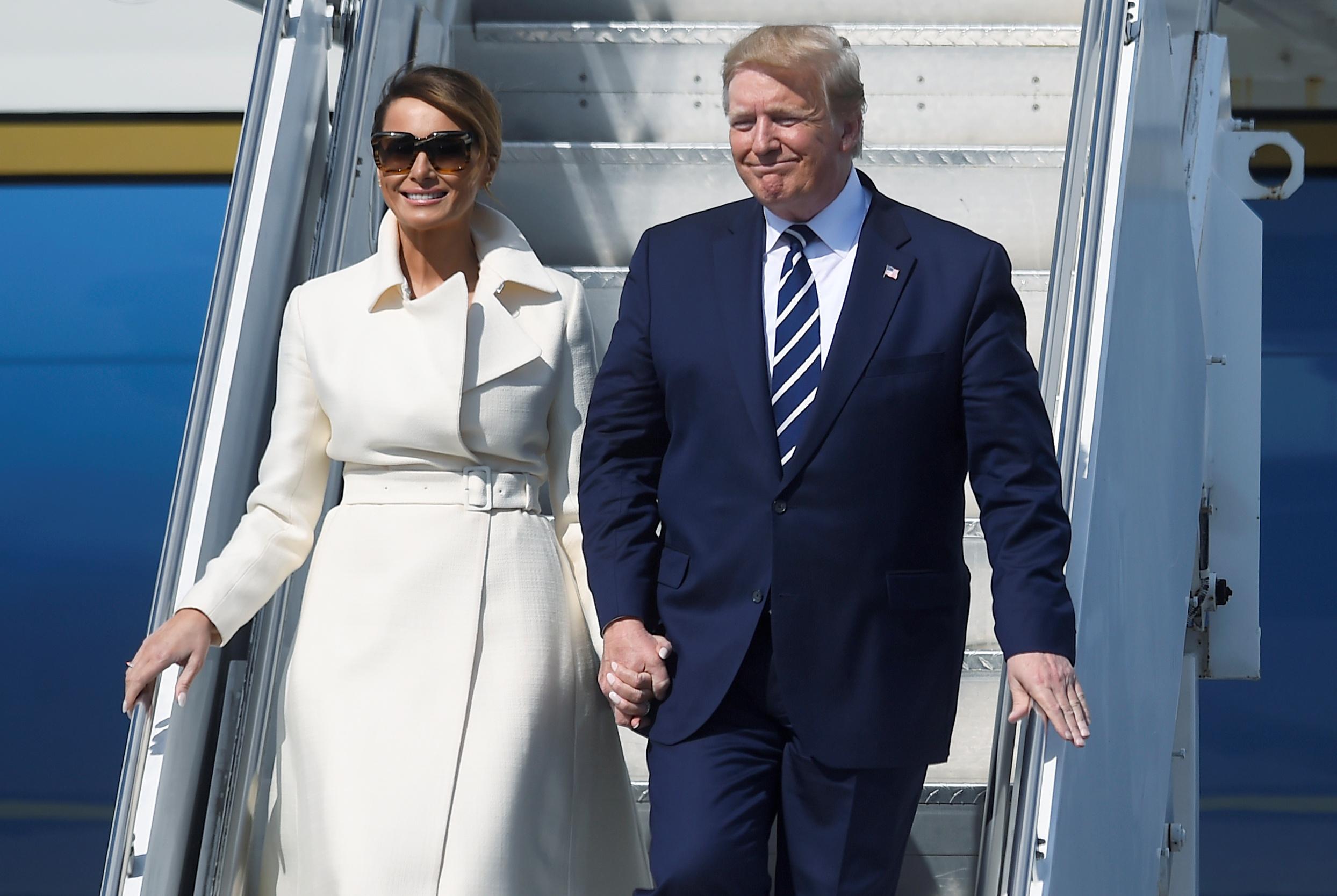 Prime Minister Leo Varadkar used a meeting with Trump, who has been a vocal supporter of Brexit, to underline Ireland’s concerns over the departure that could affect it more than any other country remaining in the 28-member bloc.

How to keep EU-member Ireland’s currently seamless 500-km (350-mile) border with Northern Ireland open after Brexit and ensure it does not jeopardise two decades of peace in the British province is proving the most intractable issue in Britain’s tortuous efforts to leave the EU.

Before meeting Varadkar on his arrival at Shannon Airport, Trump said he expected the premier would ask him about Brexit and it would all work out “very well” for Ireland.

“The way it (the border) works now is good; you want to try and keep it that way and I know that’s a big point of contention with respect to Brexit. I’m sure it’s going to work out well,” Trump told reporters.

Trump also told Varadkar the problem with “your wall, your border” was similar to the border situation in the United States, before the Irish prime minister jumped in to say the main thing Dublin wanted to avoid was a border or a wall between both sides.

Some 3,600 people were killed during Northern Ireland’s “Troubles”, a sectarian conflict between mainly Protestant unionists, who want Northern Ireland to remain part of the United Kingdom, and predominantly Catholic Irish nationalists. The 1998 Good Friday peace deal, which the United States helped broker, largely ended the violence.

While Trump on Tuesday promised Britain a “phenomenal” post-Brexit trade deal, U.S. House of Representatives Speaker Nancy Pelosi used a visit to both sides of the Irish border last month to warn that her fellow lawmakers would not agree any such deal if Brexit ends up undermining peace in Ireland.

After he and Trump met, Varadkar said the president understood Brexit cannot result in the return of a hard border on the island. He added the timing of their meeting was important as Trump would have heard “a certain story” from pro-Brexit lawmakers during the first stop-off of his European trip in Britain.

“He wants to keep that (the border) open and believes that can be done. We didn’t go into any particular details as to how he thinks that can be done but he understands that has to be a shared objective,” Varadkar said.

Trump said in his remarks that Ireland and the United States have a great relationship, “as good as it’s been”.

Varadkar posted a picture on Twitter of a guest book the president and first lady Melania Trump had signed that included the message “I love your country!” The word “love” was underlined.

Varadkar, who had opposed extending an invitation to Trump as a cabinet minister before changing his mind when he took over as prime minister in 2017, met Trump on the tarmac and said it was a great pleasure to welcome him to Ireland.

After being feted by Queen Elizabeth and other members of the royal family during his state visit to Britain, Trump’s trip to Ireland will be far more low key, with the president spending almost all of his time at one of his golf resorts.

Demonstrators protested over Trump’s visit, as they had in Britain. A small crowd of around 200 gathered at a “peace camp” set up outside Shannon Airport for the duration of the trip. A larger protest is planned for Dublin on Thursday.

“I don’t want him here. I don’t like him. He’s a bully,” said protestor Chris Murray.

But the president was given a warm welcome in Doonbeg where the hotel he bought five years ago supports local employment. Locals lined the tiny western village with the Stars and Stripes and put on a street party of Irish dancing to mark his arrival.

“Donald Trump, I think he’s a great man,” said Paul Markham, a local dairy worker in his 50s who tied red, white and blue ribbons around a green leprechaun hat and had been celebrating since lunchtime. 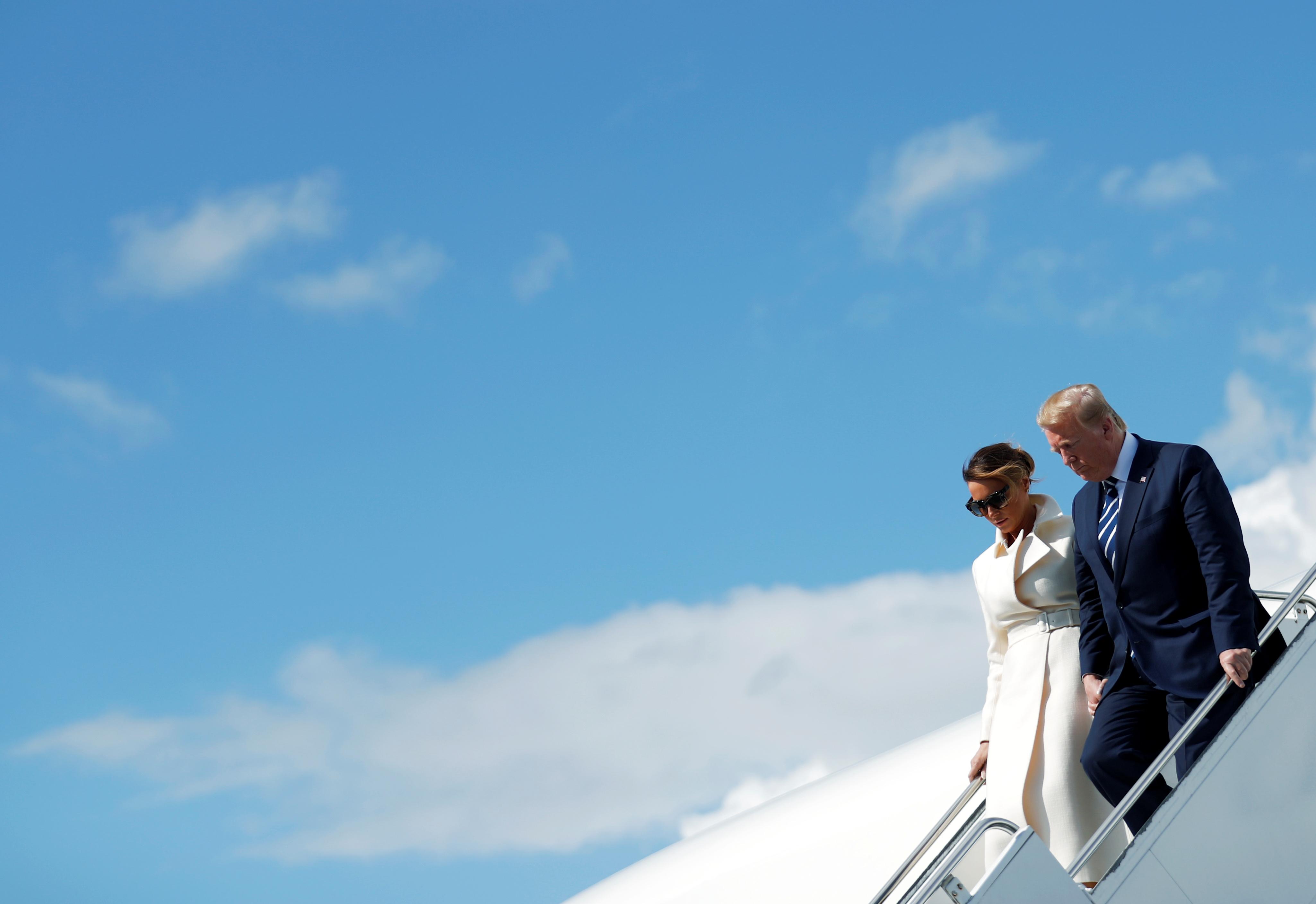 Trump’s sons, Eric and Donald Jr., joined the festivities, going from pub to pub posing for selfies and buying drinks for the patrons from behind each bar. “Does Doonbeg love Trump?” Eric Trump asked the crowd outside Morrissey’s Bar to cheers from onlookers.

Trump, who took part on Wednesday in events in southern England marking the 75th anniversary of the D-Day landings in Normandy, will base himself at the hotel overlooking the Atlantic Ocean for two nights.

He will make a day trip from the hotel to France on Thursday for a D-Day commemoration there, before taking in a round of golf and returning to Washington on Friday.