But farmers remain nervous that ill-timed rain could damage their crops, with the Bureau of Meteorology declaring that parts of Australia have entered a third La Nina event. 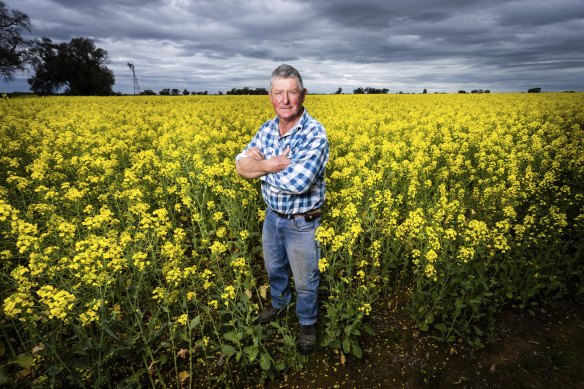 Canola production is soaring and Victoria is on track to deliver 1.35 million tonnes in 2022-23, compared to 866,000 tonnes a decade ago, according to the Agriculture Department’s latest Australian Crop Report.

Frank Deane, who farms crops and cattle at Wahring in northern Victoria, is preparing to harvest 85 hectares of canola in late November. He hopes to yield between 2.5 tonnes and 3.7 tonnes per hectare. 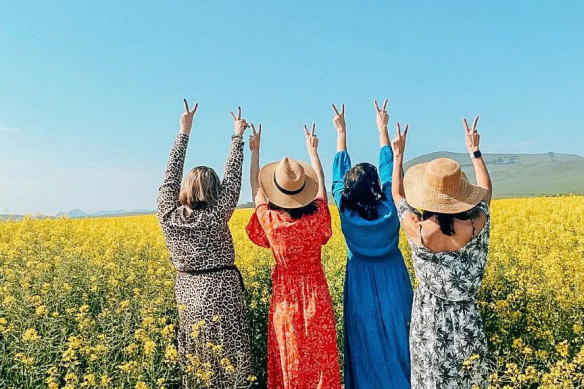 Farmers are urging people not to enter canola fields due to significant biosecurity risks and potential damage to the crops. A quick scroll on Instagram reveals countless selfies of people standing in fields of canola.Credit:Instagram

While the yellow flowers are most visually striking, the green pods are harvested for seeds that are then processed for oil.

Deane said the recent wet weather was welcome, but farmers now hoped it would stop raining.

“You can have a hailstorm at the wrong time that shatters the pods and the seed ends up on the ground,” he said. 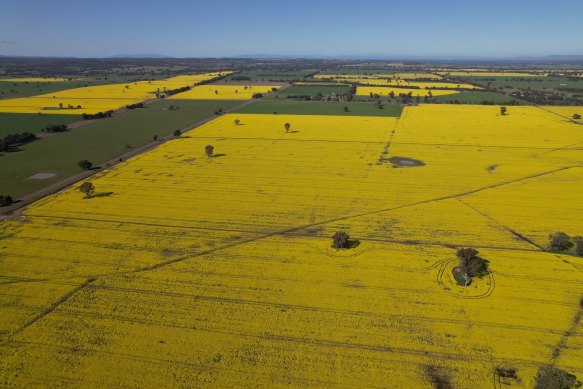 He said canola was now among the essential “rotation” crops for many farmers, maintaining healthy soil balance between other crops including wheat and lentils.

“[Canola] enables me to go back next year into growing wheat.”

Canola production has grown markedly in Victoria over the past few decades. But Grain Producers Australia southern director Andrew Weidemann said wet paddocks in the western district might prevent Victoria from breaking its canola production record.

“We’ve certainly had enough rain,” he said. “Now it’s a matter of managing diseases because of the moisture and expected warmer days.” 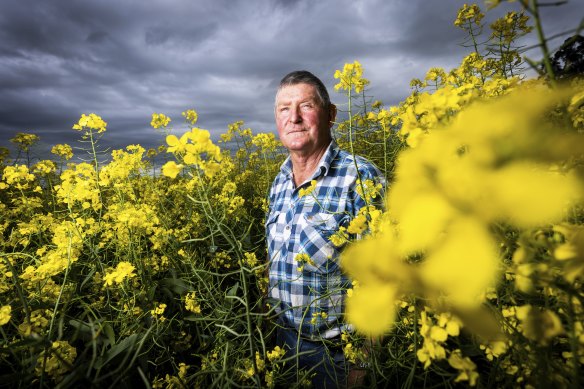 Trespassers are giving farmers a new reason to be nervous before this year’s harvest.

Deane said in previous years he was unperturbed when he saw passersby and even professional models posing for cameras in his canola fields, often without asking permission.

But the threat of the foot and mouth livestock disease, which has recently spread rapidly in Indonesia, made trespassing on farms increasingly dangerous.

The disease is highly contagious and infects cattle, sheep, goats, camels, deer and pigs. Although it does not affect humans, foot and mouth can be spread on clothes and shoes. 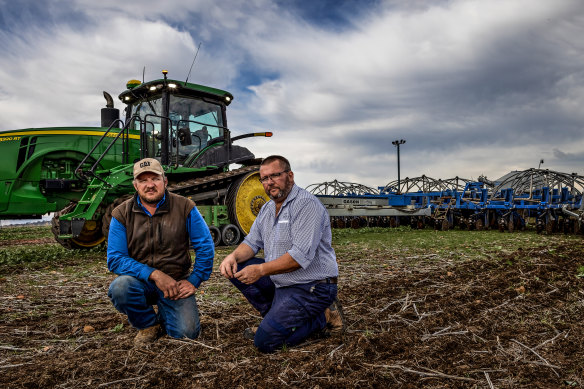 “We have had guys drive up our driveway, almost to our house, and then jump out and start taking photos in our crop,” he said. “For some reason this year, I don’t know why, people are thinking nothing of just jumping the fence and going into a crop.”

Fraser said foot and mouth disease could spread from canola crops to livestock if people carrying traces of the disease jumped fences to take photos.

But the biosecurity risk is not limited to foot and mouth disease. Fungal diseases – which spread most rapidly when it’s wet and humid – can also result in lower yields for canola crops and may cause long-term problems if they became entrenched in fields.

“You can bring fungal diseases from the roadside of wherever you have been, on the soles of your shoes into the paddocks,” Fraser said.

“When canola is flowering, especially in a wet spring like we have got, there can be foliar diseases within the crop that can be picked up.”

Fraser said there was no problem with people taking photos of a canola field in full bloom, but he urged them not to jump a fence to do it.

Get to the heart of what’s happening with climate change and the environment. Our fortnightly Environment newsletter brings you the news, the issues and the solutions. Sign up here.