Geneva: The World Health Organisation (WHO) has issued a global appeal for £520 million ($1 billion) in donations as it seeks to combat the spread of coronavirus.

A preparedness and response plan has been launched by the WHO, which is requesting the sum from countries around the world in order to support those with weaker health systems. 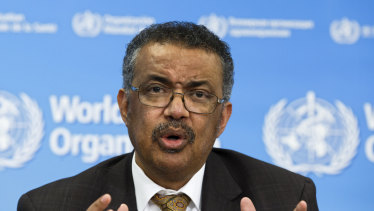 It is understood that the British Government is currently considering its contribution, while the Irish Government pledged €500,000 ($819,289).

It comes after several nations urged their citizens to leave China, as the outbreak continues to claim lives.

British Health Secretary Matt Hancock has said the government was "taking no chances" with its citizens at risk. 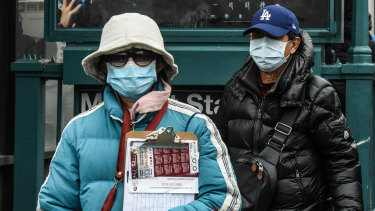 On Tuesday evening, eight British nationals and their dependants left the epicentre of the epidemic, the city of Wuhan, on a flight to Auckland, New Zealand.

Diplomat Danae Dholakia said the Air New Zealand flight was delayed to allow the final passenger, a four-year-old British child, to get clearance to fly.

The British government will charter a final flight from China to bring British nationals back to the UK in the early hours of Sunday morning local time.

Meanwhile, Canadian Foreign Affairs Minister Francois-Philippe Champagne urged all Canadians who have no "essential" need to be in China to leave the country as soon as possible using commercial means.

The death toll from the coronavirus outbreak rose to 563 on Thursday, up by a record 70 from the previous day, the National Health Commission said.

In Japan, nearly 4000 passengers and crew are quarantined on board the Diamond Princess cruise ship Yokohama Bay, near Tokyo. Twenty passengers, including two Australians, have tested positive for coronavirus.

The WHO said it is still early in the outbreak, but coronavirus does not yet constitute a pandemic.