It is the simmering sub-plot to the briefing war between No 10 and the Foreign Office over the Government’s handling of the retreat from Afghanistan, an enmity between advisers triggered by a drugs revelation dating back to the 2016 Tory leadership election.

Allies of Foreign Secretary Dominic Raab – who have been enraged by claims from anonymous sources that he is ‘toast’ in the next Cabinet reshuffle because of his ‘flatfooted’ response to the collapse of Kabul – believe he has been caught in the crossfire between feuding former members of Michael Gove’s campaign team.

Mr Gove is one of the Ministers tipped to replace Mr Raab.

At the centre of the intrigue is Mr Raab’s powerful adviser Beth Armstrong, who became estranged from the Goveites after they blamed her for Gove’s shock cocaine confession, which appeared in a biography two years ago. 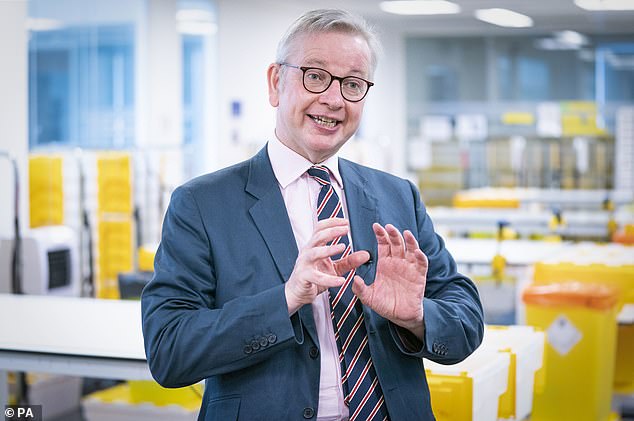 Ms Armstrong, 32, has furiously denied to friends that she planted the story in Michael Gove: A Man In A Hurry by journalist Owen Bennett.

She was suspected by her former friends because she was one of the aides who put Mr Gove ‘through his paces’ about what to expect from media questioning.

When asked if he had taken drugs, Mr Gove stunned the room by admitting: ‘Yes, cocaine.’

Ms Armstrong served as Mr Gove’s special adviser when he was Justice Secretary, but was working for Mr Raab by the time the two men squared up in the 2019 leadership campaign.

The contest triggered the suspicions about Ms Armstrong, with one insider saying at the time that it ‘doesn’t take Sherlock to work out how this got out’. 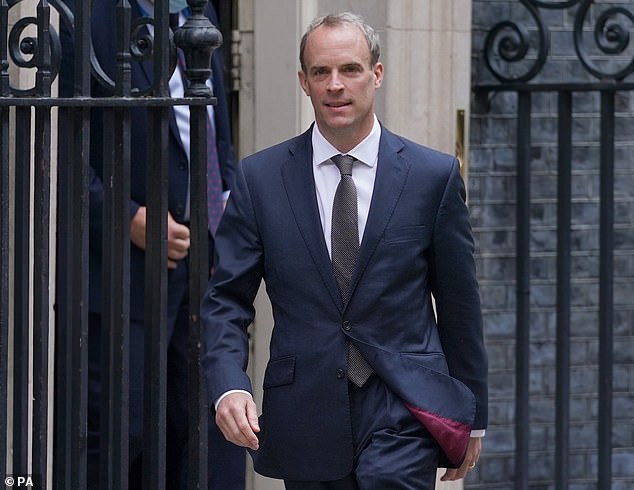 Another claimed she had had the ‘dark arts flowing through her’ since she cut her teeth as an ‘Opposition researcher’ at Conservative Party HQ, digging up dirt about Labour.

Mr Raab’s team denied that the drugs story had come from anyone involved in his campaign, while Mr Gove’s spokesman said that he was not seeking to blame anyone for the revelation.

A source said: ‘The resentments are still festering, and Raab’s lot think that is where a lot of the reshuffle talk is coming from.

‘Beth has also put some noses out of joint over there because she is perceived to be more powerful than some of the Ministers.’

The Afghanistan crisis has left Mr Raab looking isolated in Cabinet, with the Foreign Secretary trying to pin the blame for the chaotic exit on Ben Wallace’s Ministry of Defence for failing to predict how quickly the Taliban would seize control of the country.

Priti Patel’s Home Office has also been criticised for being slow to finalise the Afghan resettlement scheme.

A friend of Ms Armstrong said the feud was ‘totally unfair’ on her. They added: ‘The drugs story was nothing to do with Beth and it is totally ridiculous to bear this grudge.’