An Arkansas family was reunited with their long-lost dog Tuesday after 10 years apart.

The rescue mission to return the beloved dog named Razzle to his rightful owners – however – was no simple task.

It was thanks in large part to the efforts of California resident Jeremy Wade, a passionate dog rescuer, who personally flew Razzle across the country, about 1,600 miles, back home to the Howards. 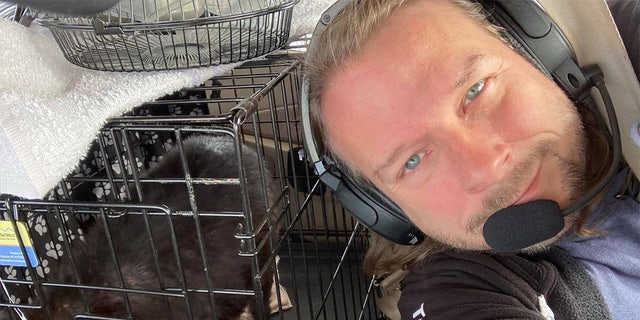 “Getting Razzle back has meant the world to our family,” Vickey Langley, who got Razzle microchipped for her sister’s family in 2005, told Fox News. “We have been overwhelmed with the kindness from all the people who have helped to get him home.”

Razzle had gone missing back in 2011. At the time, Aaron and Rhonda Howard’s children, Simon and Seth, were only 8 and 15 years old, respectively. 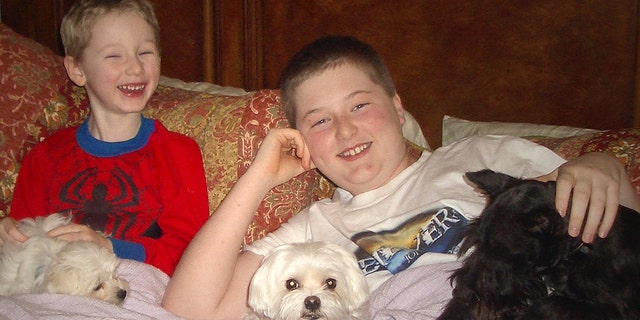 If you asked Wade, though, he would say he was only a small piece of the rescue mission.

“I’d just like to think of myself as a very small part of a very important chain that has to all work to try to reduce the number of homeless or neglected animals out there,” Wade told Fox News.

About two years ago, Wade began flying as a hobby. Shortly after, he became involved with Pilots n Paws, a nonprofit that connects those who rescue, shelter or foster animals with volunteer pilots so they can team up on missions like Razzle’s. 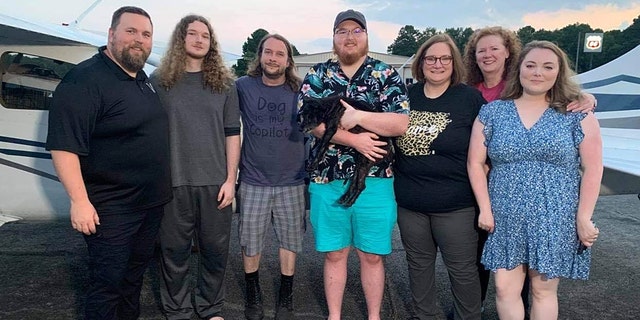 Jennifer Colletto, otherwise known as the “transport queen,” contacted Wade earlier this month after Razzle was found at a shelter in Northern California. After scanning his microchip, officials at the shelter in Stockton were able to track down his owners.

“His health was dire when the shelter found him,” Wade said.

Until it was time to bring him home, Debbie Newton, who volunteers with a local rescue organization, arranged “lots of vet visits and cared for him as they tried to stabilize his health a bit,” he said.

In fact, “his medical state was so fragile” Wade said he wouldn’t survive the two-leg trip as animal cargo in a crate.

So, Wade eagerly volunteered to fly him personally. 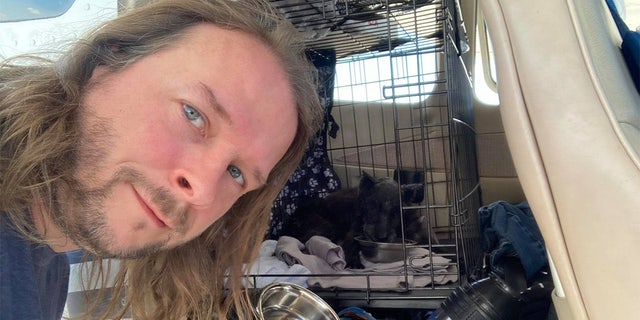 “It is impossible generally to get to Arkansas without a stopover, unless [you’re] going to XNA [Northwest Arkansas National Airport] in Fayetteville, where they sometimes have direct flights,” Wade said. “And so it was my pleasure to get to be a part of getting him home.”

Around 3:30 a.m. on July 6, Wade started his journey. He flew from San Carlos, a city in San Mateo County, California, to Calaveras County in Northern California to grab Razzle from the shelter.

From there it was a five-and-a-half-hour journey to Santa Fe, where he stopped for fuel and another five-and-a-half hours the rest of the way to Heber Springs, Arkansas. It was the very town Wade had grown up in.

Throughout the journey, Wade worried about a “myriad of things that can go wrong2,” including oxygen levels and weather that could cause them to get stuck overnight somewhere.

However, that stress was alleviated the moment Razzle was reunited with his family.

“It was so wonderful to reach in and lift him out of the crate for them to see him for the first time,” Wade said.